Accessibility links
Biohackers Aim To Make Homebrew Insulin, But Don't Try It Yet : Shots - Health News Insulin can be expensive even with insurance, and millions of people need it to stay alive. Proponents of the biohacking movement say it should be possible to make it safely and cheaply.

Biohackers Aim To Make Homebrew Insulin, But Don't Try It Yet

Biohackers Aim To Make Homebrew Insulin, But Don't Try It Yet 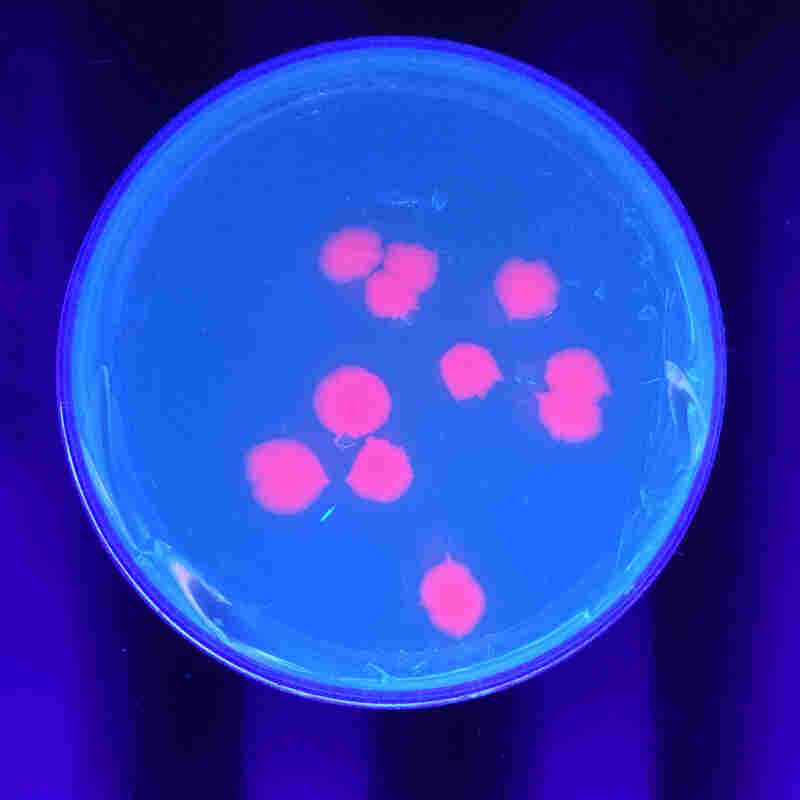 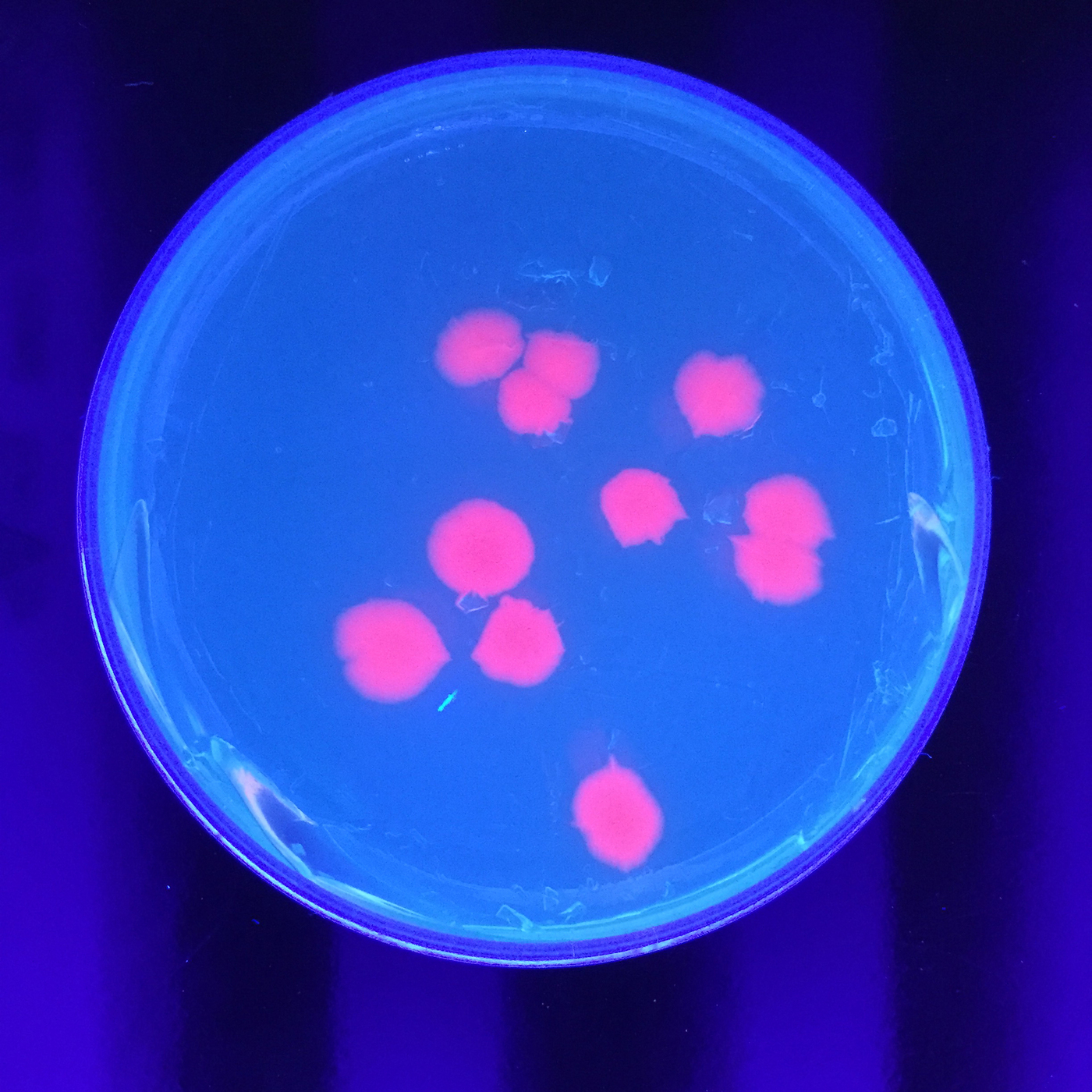 Glowing bacteria is part of a project on the open-source laboratory Arcturus BioCloud.

Might people with diabetes someday be able to brew their own insulin for free at home, just as with beer? The answer may be yes, but whether it's a good idea is another question.

The home-brewed insulin concept is among the latest to emerge from the bio-hacking movement, in which people meet to tinker with biology in inexpensive do-it-yourself laboratories that have popped up in California, New York and a few other places in the United States and Europe.

The field is small so far — around six or seven real biohacker labs, with between five and 40 active members — but interest is growing.

"People wanted to do science outside of classical institutions like universities or big corporations, so we embraced it," says Ryan Bethencourt, an entrepreneur who co-founded San Francisco-based Indie.Bio, which provides seed funding for biotechnology startups. Bethancourt has also worked with several pharmaceutical companies in product development. 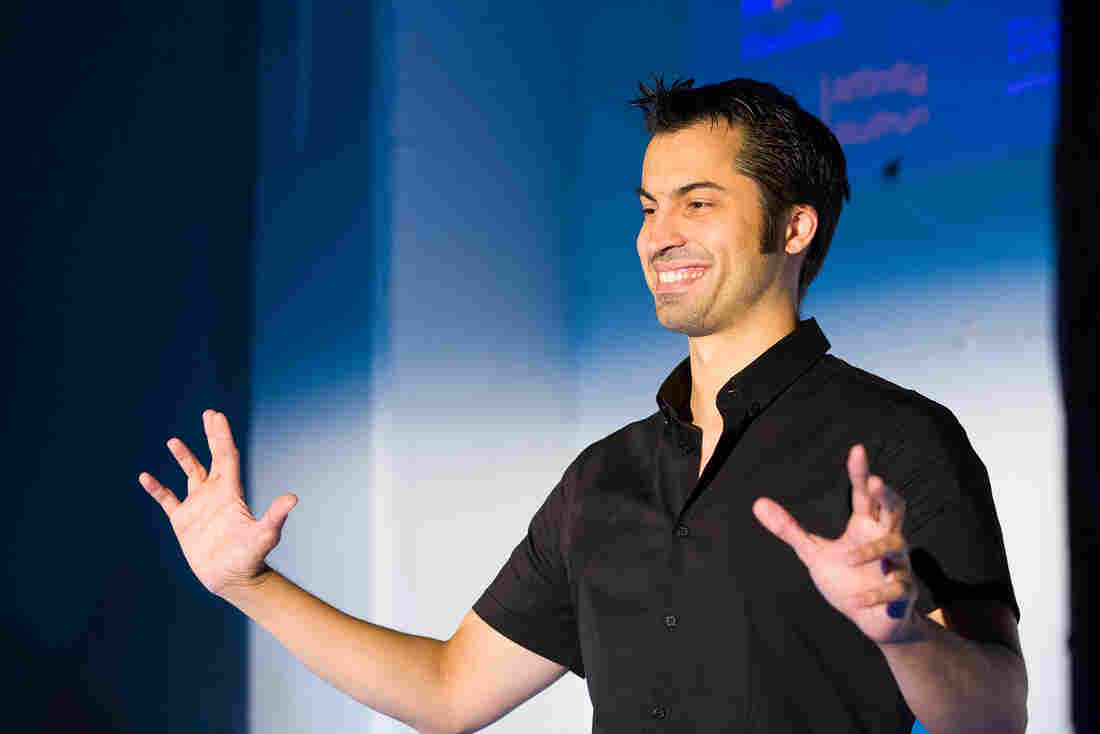 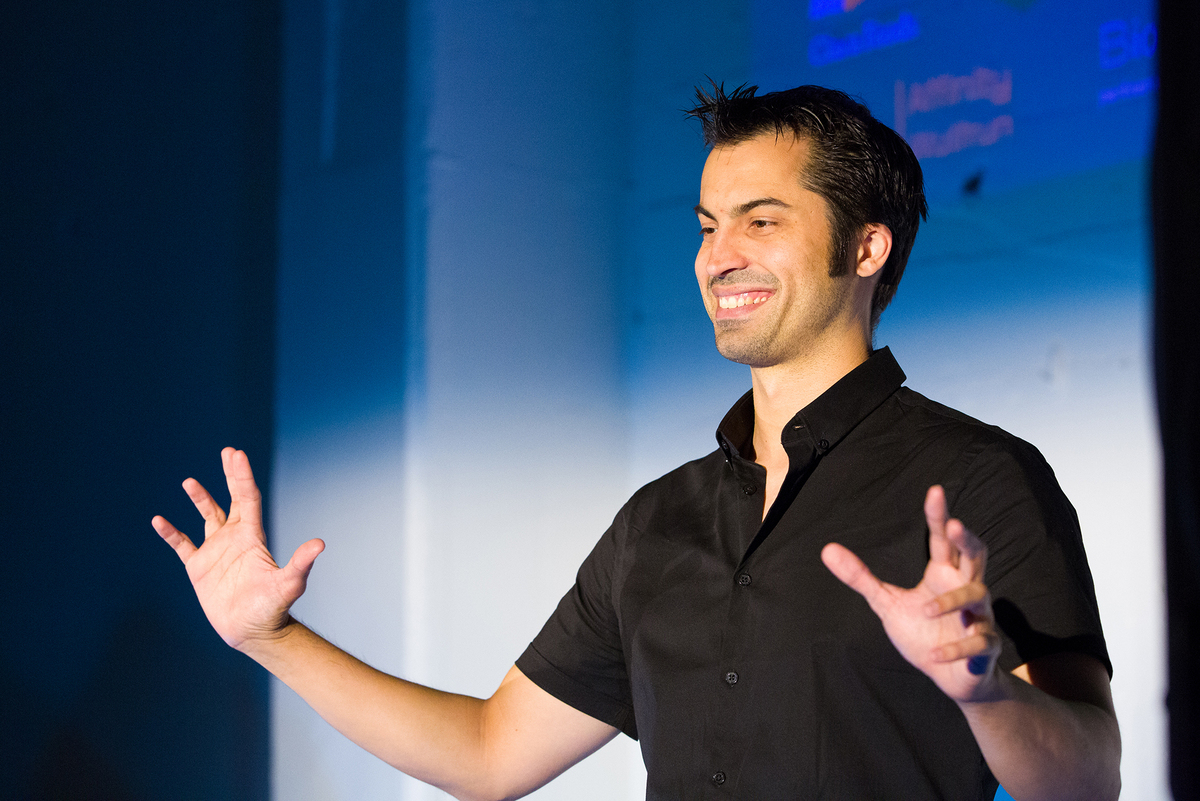 Ryan Bethencourt, who is leading the project to biohack insulin, speaks at Indie.Bio Demo Day in San Francisco.

Beyond the creation of a glow-in-the-dark plant, few concrete products have thus far emerged from the biohacking movement. Bethencourt wants to change that.

The insulin idea came from speaking with a friend and fellow biohacker who has Type 1 diabetes and requires costly insulin to stay alive. Even with insurance coverage, a three-month supply can total hundreds of dollars out of pocket. Bethencourt says: "Anthony and I have discussed this for two years. Why is insulin so expensive?"

Indeed, while some of the older insulins are off patent or soon will be, in the United States there are currently no insulin biosimilars — the rough equivalent of "generic" for biological medicines — although one has been approved in Europe. Even with biosimilars, the cost isn't as comparatively low as it is for generic synthetic drugs versus brand names.

About 6 million people in the U.S. use insulin, including all of the 1 to 2 million with Type 1 diabetes and about 15 percent of those with Type 2 diabetes. In poor countries, children still die for lack of it.

Why Is Insulin So Expensive In The U.S.?

"Insulin is the first medicine we're trying this with. It is probably the largest need of any biologic drug I know of," says Bethencourt.

In fact, biohacking it isn't that hard to do: Lab equipment costs have come down considerably in recent years, and the DNA sequences for recombinant human insulin and for the newer analogs are public information.

Bethencourt wants to use a cloud-based automated laboratory platform that would take DNA, insert it into bacteria and make insulin at a far lower cost than the commercial product.

He's planning to crowdfund about $2,000 for the equipment to get it going.

"We'll start by saying it's research only, and make it available to all the biohackers and any researchers who want open-source insulin," Bethencourt says. "Then we have to figure out how to increase the yield and how to purify it. Then people can start using it. They can brew it, like beer."

His ultimate goal is free insulin for everyone who needs it, in the U.S. and globally.

But Dr. Marcus Hompesch, president, CEO and a founder of the Profil Institute for Clinical Research, Inc. in San Diego, says the home-brewing idea is irresponsible and foolhardy. "Manufacturing insulin or any peptide or any biologic for that matter is a very complex affair. If you don't understand what it all entails, you could end up manufacturing something that is downright dangerous for patients."

Making recombinant human insulin is a multistep process, Hompesch explains, and "at any step of the way, things can go wrong .... It's highly regulated." Among the risks, he said, are that a protein sample that is either contaminated or isn't treated properly could trigger an immune response in the recipient that could then cross-react with and neutralize other insulins the patient might be receiving or, in the case of Type 2 diabetes patients, their remaining naturally-produced insulin.

Patients might have to make significant dose changes, which could adversely affect their diabetes control. Hompesch says. More significant immune reactions could happen as well.

Hompesch, who has published extensively on biosimilar insulins, says the discussion of biohacking insulin worries him because it is actually possible. "Practically, it can be done," he says. "The technological hurdle isn't one that couldn't be overcome." Getting it done right is not trivial, he adds. "As a clinician and researcher I wouldn't want to see a large biohacking experiment in patients even started."

But Bethencourt believes the biohacking community, which includes molecular biologists, is capable of addressing the challenges involved with making the protein consistently and safely. "At first, it will not be safe. That's why we have to make it available so other people can develop ways of ensuring that it's safe," he says. "We would get it at least to the same level of safety as current therapeutics. We'd want to use the same technology. We're just trying to make it cheaper."

For now, "The aim for me is more of a statement and concept piece." Bethencourt says. "I want to start a revolution in the way therapeutics are made, starting with insulin."

Miriam E. Tucker is a freelance journalist specializing in medicine and health. You can follow her on Twitter @MiriamETucker.