Accessibility links
Even Mild Mental Health Problems In Children Can Cause Trouble Later : Shots - Health News Children with mental health issues are more likely to struggle with jobs, family and social life as adults. And that's true even for children whose problems aren't severe enough to be diagnosed.

Even Mild Mental Health Problems In Children Can Cause Trouble Later

Even Mild Mental Health Problems In Children Can Cause Trouble Later 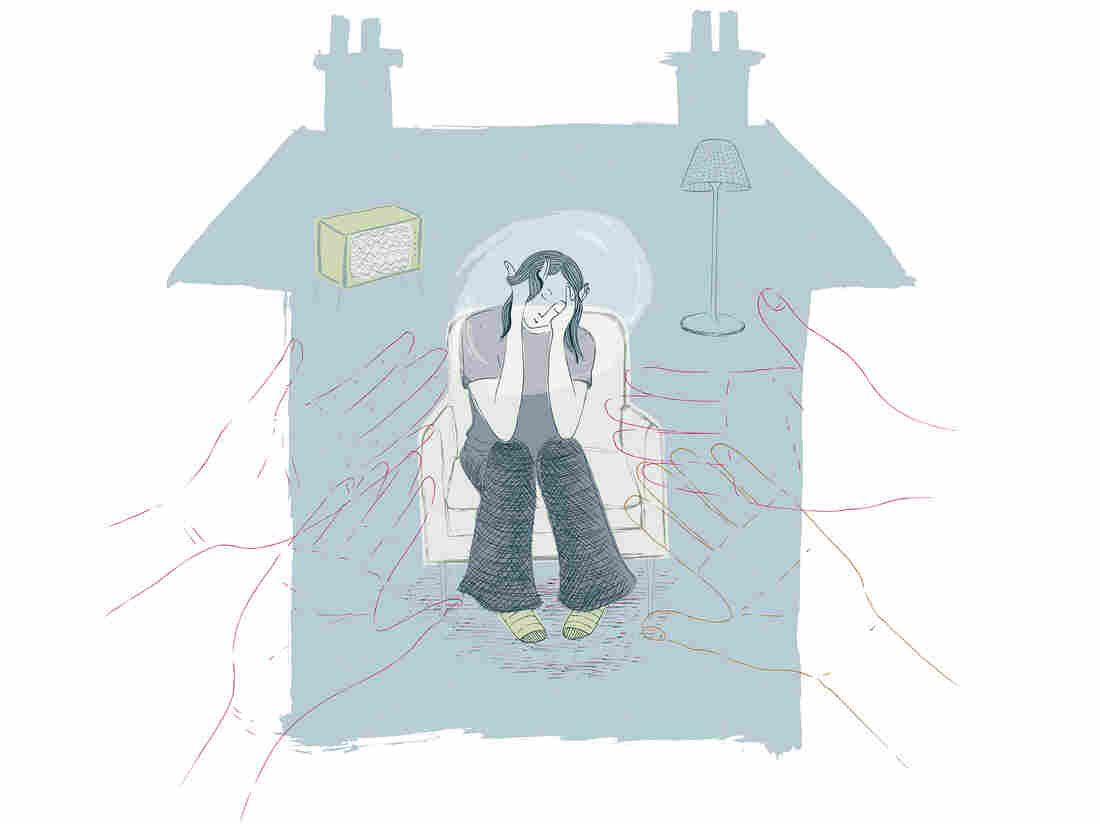 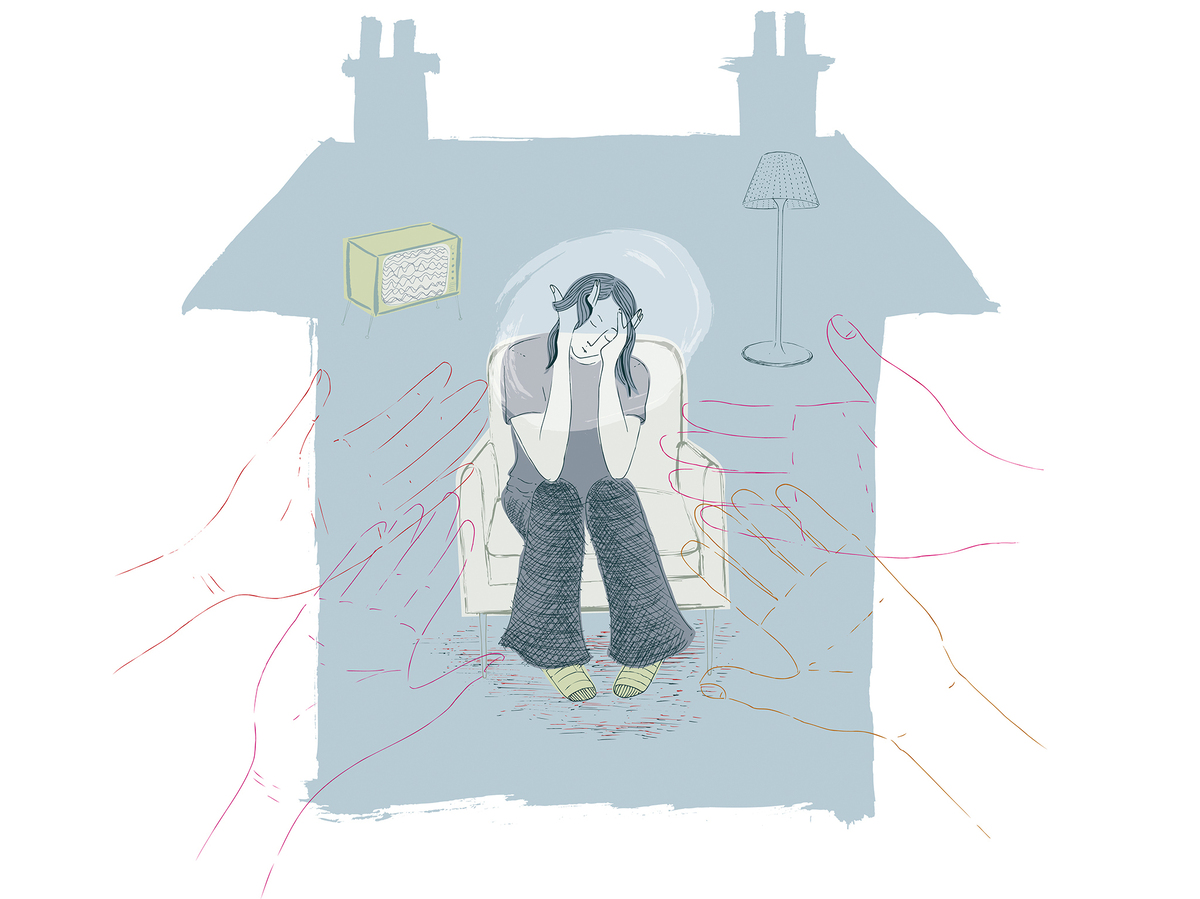 It's not easy for a child who has had mental health issues to make a successful transition into adulthood. But even children who have symptoms that are mild enough that they wouldn't be diagnosed are more likely to struggle with life as adults, a study finds.

Children and teenagers with a psychiatric disorder had six times higher odds of having a health, legal, financial and social problems as adults, according to a study published Wednesday in JAMA Psychiatry. Those with milder symptoms were three times more likely to have problems as adults.

We already know from previous studies that most adults with mental health issues had a previous psychiatric disorder during childhood – it doesn't have to be the same exact condition. But this study shows mental health problems that occurred during childhood can make it more likely that someone will struggle as an adult, and more likely that they won't graduate from high school or commit a felony, for instance.

The data comes from a population study that followed children starting at ages 9, 11 or 13 in 11 mostly rural counties in North Carolina from 1993 to 2010. Participants were interviewed every year until they turned 16, then again at 19, 21 and 25.

They were tested for symptoms of common childhood psychiatric disorders such as anxiety disorder, social phobia, depression and ADHD. Those affect 1 percent of the population at any given time.

The researchers wanted to know if a common mental illness is distressing and impairing to a child or teenager at the moment, does it continue to impact after they go into adulthood, Copeland tells Shots.

"Most common chronic conditions happen in middle adulthood, with the exception of mental illness," says William Copeland, lead author of the study and an associate professor of psychiatry at Duke University School of Medicine.

But for mental illness, symptoms usually first appear in childhood, and have the biggest impact in terms of financial cost, mortality and other indicators – a term known as disease burden – on youths from 10 to 24 globally.

But there are also a lot of people who report mental health problems that are significantly impairing their lives but don't count as having a psychiatric disorder under standardized criteria for diagnosis, according to Copeland. This is no small group – as many as half of the patients who go to a doctor for psychiatric disorders do not meet the established criteria, he says, and this is not a minor problem.

Odds Of Abuse And Mistreatment Add Up Over Children's Lives

"The vast majority of them aren't getting help at all because they don't meet threshold, but [the impact] is still significant enough that they need help down the road," he says.

Of course, a bad environment growing up doesn't help, so Copeland and team also took into account factors such as an unstable, dysfunctional or poor family background and retested the data. The results still hold true.

It's important to understand that the data from the study is not necessarily people who think they have mental disorders, but a random sample who were tested as part of the study and shown to have these symptoms, says Daniel Klein, professor of clinical psychology at Stony Brook University. In some cases the symptoms are very mild, and people don't see themselves as having a mental disorder.

And that's a problem.

"As a society we're prone to think of childhood as a relatively carefree life, obviously with exceptions, and most of the mental disorders you think about are in adults, except ADHD and autism, but the whole gambit are there in childhood," says Klein, who was not part of the study.

Antipsychotics Too Often Prescribed For Aggression In Children

"People are coming around to the notion that these [mental health] problems are significant and can have long term affects," says Copeland. "Kids continue to have problems in adulthood even if it's not psychiatric problems."

It's important that we make treatment and prevention programs accessible in childhood, Klein says. On that, "we're doing a terrible job."

An editorial in the same issue of JAMA Psychiatry echoed that thought. Ben Lahey, a professor of epidemiology at the University of Chicago, believes that we as a society don't invest enough in mental health treatment, especially when it comes to children and adolescents, to reduce the burden later in adulthood.

Lahey also points out an important missing part of the puzzle: "The paper, and several papers before it, all they establish is childhood disorders predict adult disorders, they can't tell us why. Correlation does not imply causation."

But he also adds: "We want to do things that reduce the rate of mental health problems in general."