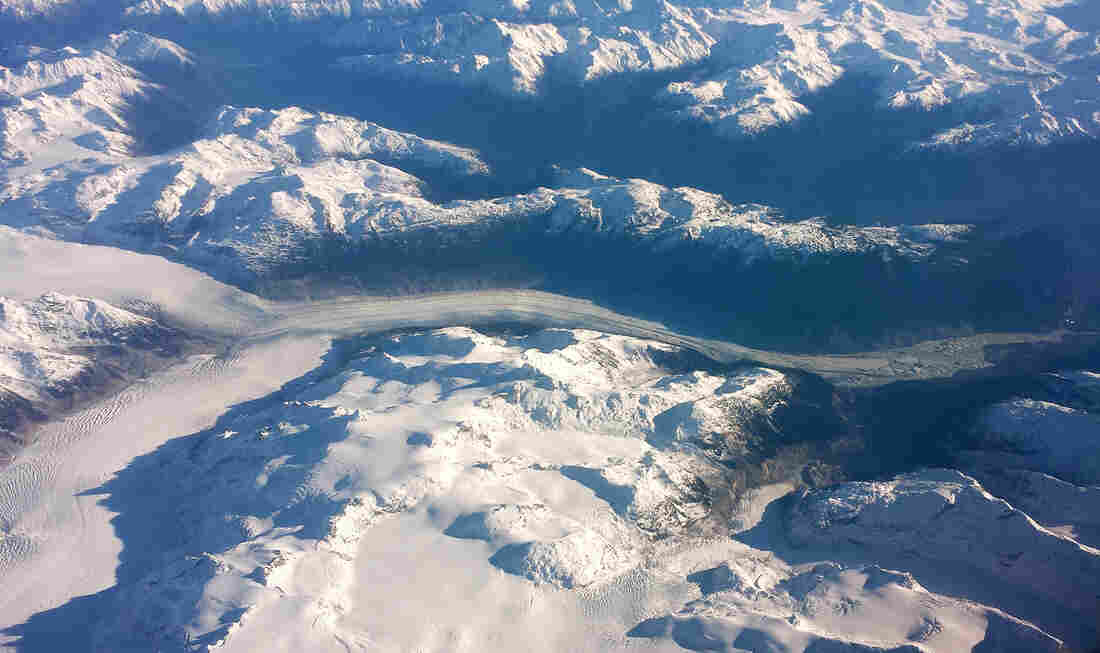 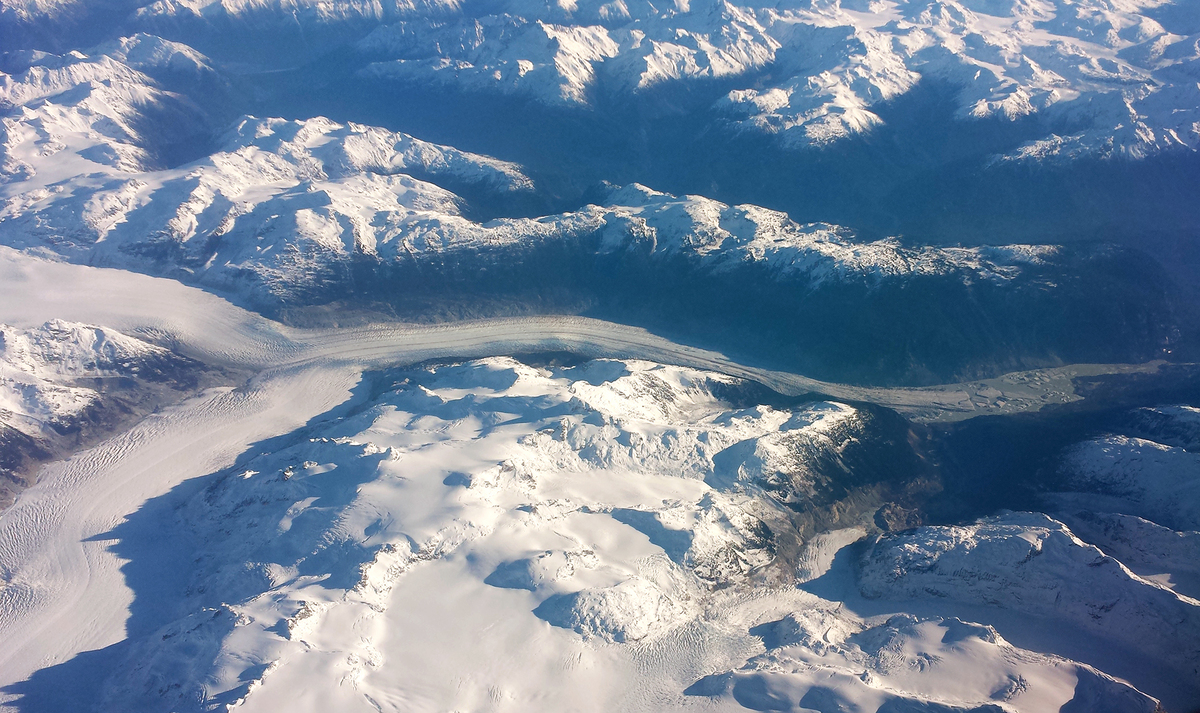 The area around the confluence of the Silverthrone and Klinaklini glaciers in southwestern British Columbia provides a glimpse into how the terrain traveled by Native Americans in Pleistocene times may have appeared.

The first people to set foot in the Americas apparently came from Siberia during the last ice age.

But now there's evidence from two different studies published this week that the first Americans may have migrated from different places at different times — and earlier than people thought.

The human race has walked or paddled or sailed until it covered the globe. Scientists can trace those migrations from the stuff these people left behind: tools, dwellings or burial grounds.

Geneticists can now trace these patterns of travel, too — by examining the genes of living people and comparing them to each other, as well as to genes extracted from ancient bones. Rasmus Nielsen of the University of California, Berkeley and a large, international team of scientists have done just that for native people of the Americas. And they think they've figured out how the very first people got here.

"They came in a single migration wave into the Americas," Nielsen says — "people who diverged from people originally in Siberia and East Asia about 23,000 years ago."

Now, that confirms the standard view that people first got here across a frozen "land bridge" between Siberia and Alaska, albeit a few thousand years earlier than many had assumed.

But there's long been a lingering puzzle: Some ancient skulls found in the Americas look rather like Europeans, or maybe Polynesians. Did another group come from somewhere else?

Writing in this week's issue of the journal Science, Nielsen says no. Genetically, no Native Americans match up with Europeans or Polynesians, in terms of these markers of ancient migration. Instead, he says, there was just one major, founding wave of people moving into the continent; any diversification of Native American groups must have evolved on its own after the first bunch of people got here.

"Diversification of modern Native Americans happened in the Americas," Nielsen says — "not because people came from all over the world into the Americas."

But there's often a twist when you're teasing apart the threads of ancient history with genetic tweezers. David Reich, a geneticist at Harvard Medical School, says his research — published Tuesday in the journal Nature — suggests a more complicated story.

When Reich studied groups of indigenous people in South America, he found that some of them had a peculiar genetic fingerprint. He searched the world for other copies of that fingerprint and found it far away — in modern Australasia.

"What we found," says Reich, "was that Native American people from Amazonia — from present-day Brazil — are more closely related to some populations in Asia than are other Native Americans, for example from Mexico, or from western South America and many parts of North America."

The Amazonians' modern relatives — the Australasians — are native Australians, and people of New Guinea and the Andaman Islands.

Reich says what may have happened is this: Members of a now-extinct population of people in what's now Southeast Asia — Reich calls them Population Y — crossed the land bridge as well, either before or after the first wave of people made it to the Americas. This splinter group from Population Y kept going, and some members got all the way to Brazil. Meanwhile, those who stayed behind in Asia populated what is now Australasia. But the two groups still are linked genetically.

Says Reich: "We now have the possibility of there being two different streams of ancestry penetrating south of the ice sheets, so that's a very exciting new observation."

That observation adds yet another branch — or root — to the American family tree.