Accessibility links
When Alzheimer's Steals Your Appetite, Remember To Laugh : Shots - Health News Fresh grilled swordfish now tastes like rolled newspapers to Greg O'Brien, an unexpected effect of his Alzheimer's. And shopping without a grocery list is futile. But summer barbecues are still sweet. 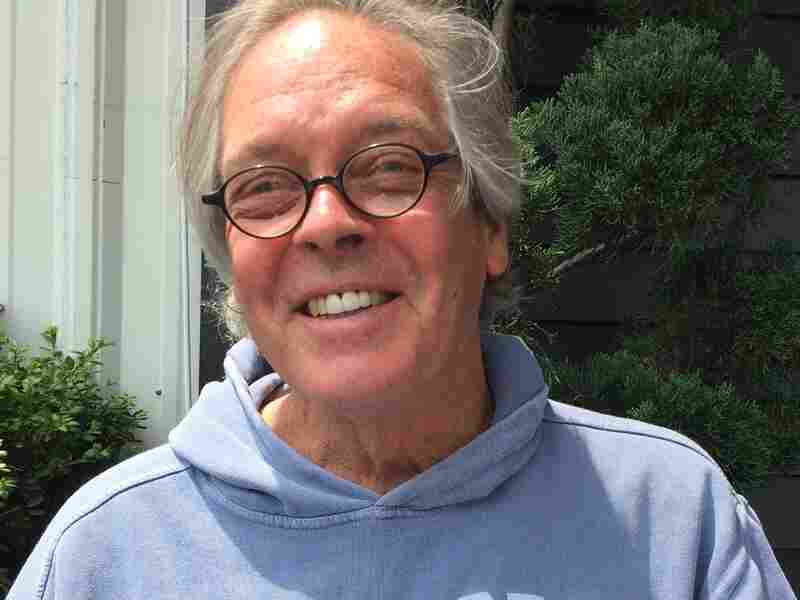 Despite losing his sense of taste and smell to Alzheimer's disease, Greg O'Brien says grilling supper on the back deck with his son on a summer evening is still fun. Sam Broun/Courtesy of Greg O'Brien hide caption 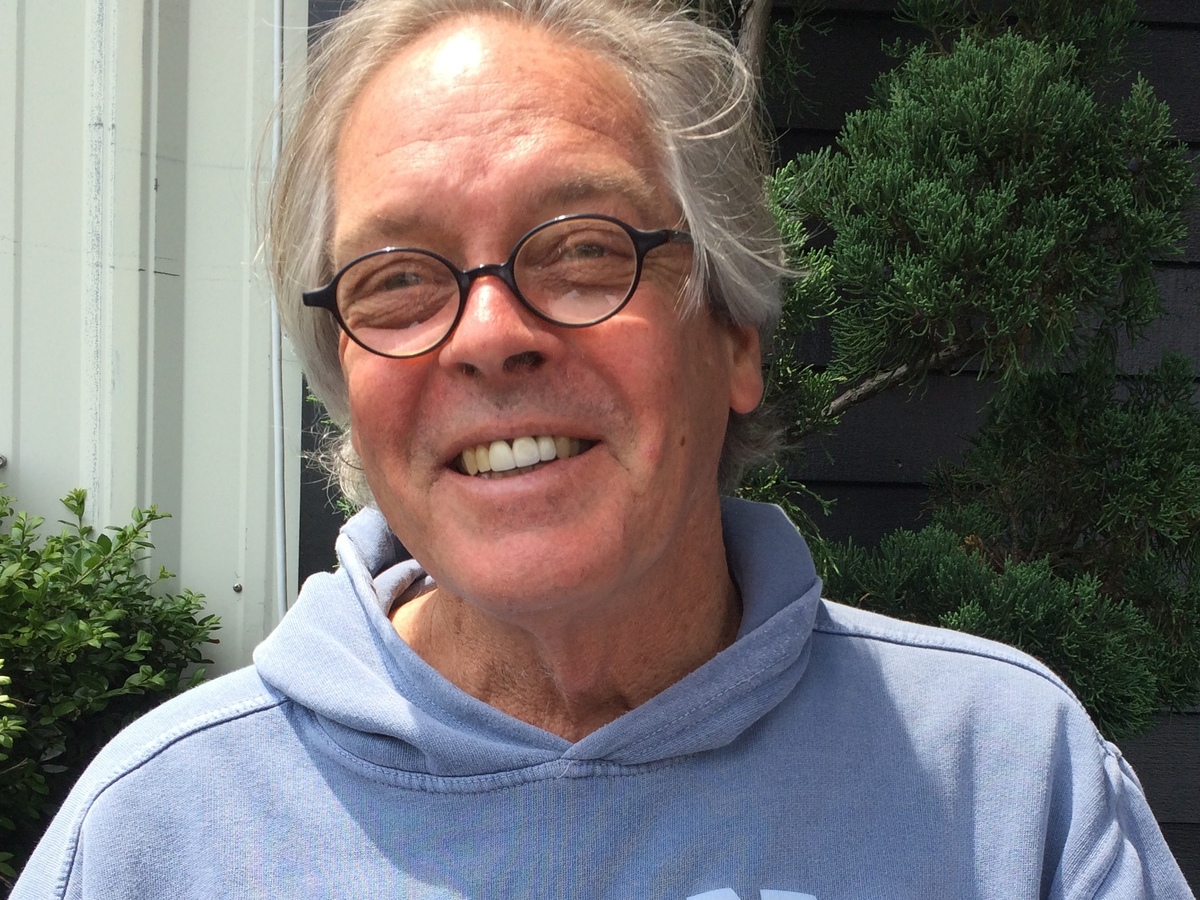 Despite losing his sense of taste and smell to Alzheimer's disease, Greg O'Brien says grilling supper on the back deck with his son on a summer evening is still fun.

In this installment of NPR's series Inside Alzheimer's, we hear from Greg O'Brien about losing his sense of taste and smell, and how he's learning there's much more to a good meal than food. O'Brien, a longtime journalist in Cape Cod, Mass., was diagnosed with early onset Alzheimer's disease in 2009.

Greg O'Brien has always loved summer grilling with his family on the back porch of his home on Cape Cod, picking up hamburgers or that day's catch to savor with sweet corn and ripe tomatoes. But as his short-term memory has begun to fail, Alzheimer's disease has also begun to deaden his appetite.

Over the past few years, Greg has largely lost his sense of smell, and he can no longer taste most foods. His favorite dishes, he says, "taste like rolled up newspaper."

In fact, every part of putting food on the table has gotten tougher, from driving to the store, to buying groceries, to cooking.

In Alzheimer's, now I'm losing my sense of smell and my sense of taste. I used to relish fresh fish and, in the summertime on Cape Cod, right off the dock, the swordfish. But now it all tastes the same.

I'm in the car now, a little reluctant to go inside this big supermarket because last time I saw a good friend of mine in there, and I had something hidden behind my back. It was a case of Depends, because at times I lose my continence. Good buddy, he saw it and he was trying to laugh it through. He said "Greg, you got a problem?" I said, "Eh, it depends!"

More From Inside Alzheimer's

Seeing What Isn't There: Inside Alzheimer's Hallucinations

Hear all the stories and subscribe to future entries on the series page.

On how his sense of taste has changed

I used to love tomatoes, sweet corn. [Now] it tastes like toilet paper sometimes. I get Diet Coke or Diet Sprite. I usually have a few swigs during the six or seven times I'm up at night. One thing I can kind of taste are these [frozen] fruit bars. And I really can't taste them — but they feel cold, and that's good.

While at the grocery store, Greg gets a phone call from his son.

Conor: Did you get my text?

Conor: Get some chicken breast; get some Advil PM; get some good salsa and good chips and, uh, that's it. Oh! And then a little thing of ketchup. And that's it.

Oh [expletive and a laugh], I just forgot what he told me. All I remember now is the ketchup. Maybe I'll get two bottles.

On dealing with Alzheimer's at a small town market

On the sweetness of summer evenings at home.

Sitting on the back deck — a little late, 9:30 — nobody else is here. Conor's watching the Red Sox; my wife and daughter are on their way back from Baltimore. And I'm kind of in my element — which actually makes me feel pretty good.

Greg O'Brien and his family will share more of their experiences with Alzheimer's in coming installments of Inside Alzheimer's on Weekend All Things Considered, and here on Shots.