Accessibility links
Happy 50th Birthday, Medicare. Your Patients Are Getting Healthier : Shots - Health News The past 15 years have seen a drop in deaths and hospitalizations among Medicare patients — people 65 and older. Teasing out why is tricky, but it seems a good trend for the 50-year-old program. 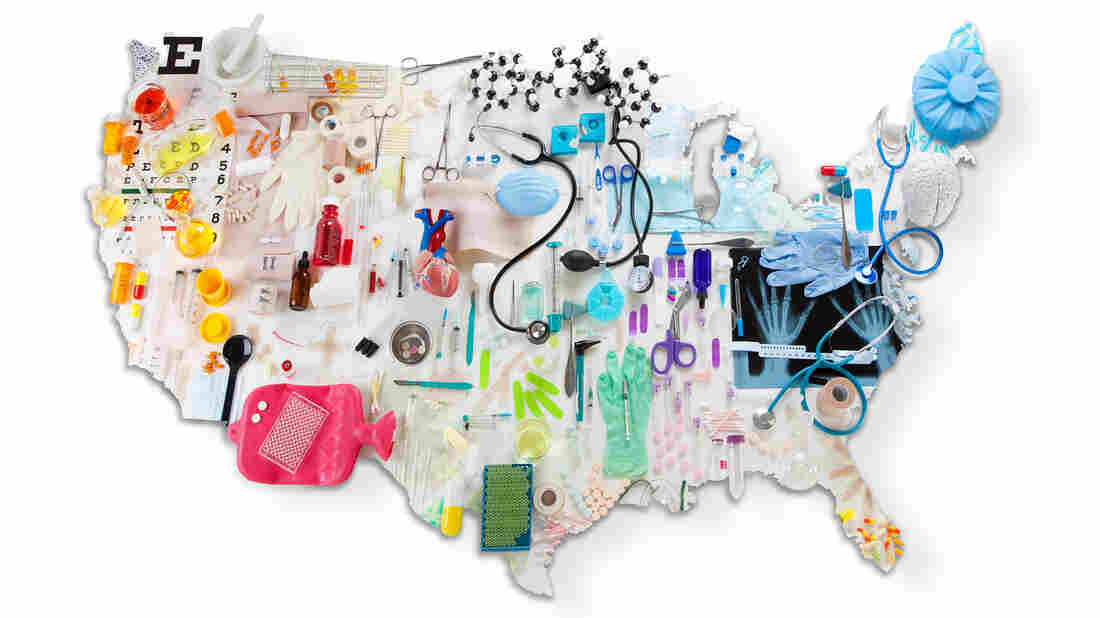 A Yale University study analyzed the experience of 60 million Americans covered by traditional Medicare between 1999 and 2013, and found "jaw-dropping improvements in almost every area," the lead author says. Ann Cutting/Getty Images hide caption 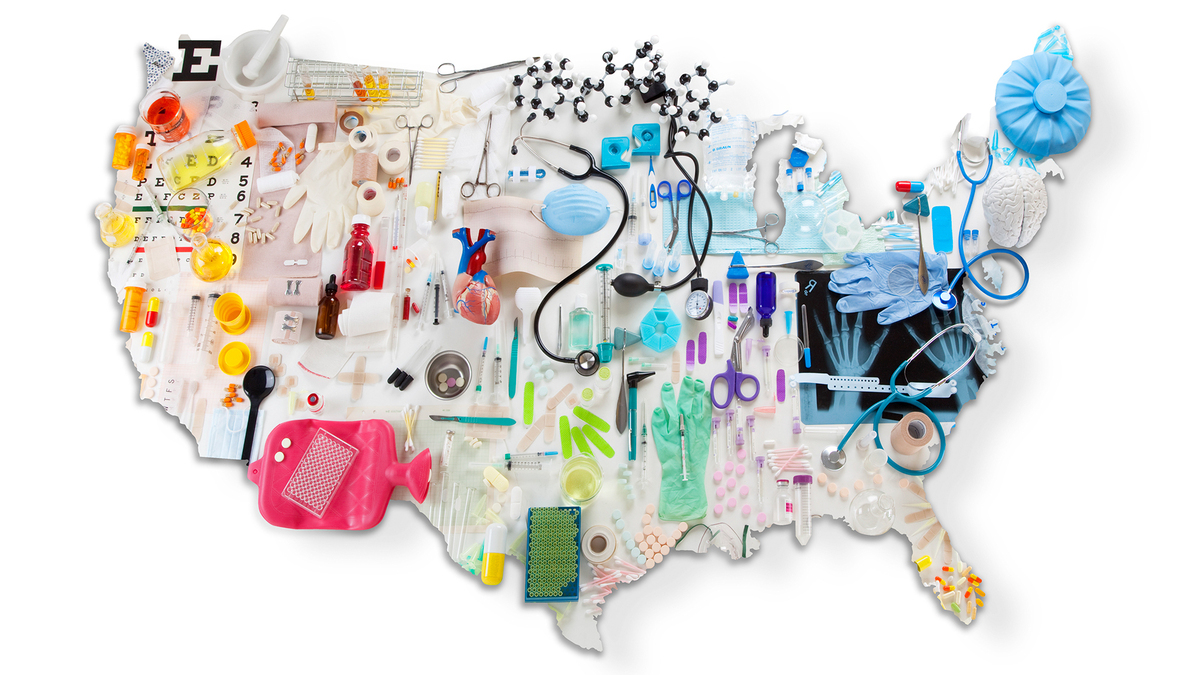 A Yale University study analyzed the experience of 60 million Americans covered by traditional Medicare between 1999 and 2013, and found "jaw-dropping improvements in almost every area," the lead author says.

Here's a bit of good news for Medicare, the popular government program that's turning 50 this week. Older Americans on Medicare are spending less time in the hospital; they're living longer; and the cost of a typical hospital stay has actually come down over the past 15 years, according to a study in the Journal of the American Medical Association.

Doctors, hospitals and government administrators have put a lot of effort into making Medicare more efficient in the past 15 years. Dr. Harlan Krumholz and colleagues at Yale University took on a study to see whether that effort has paid off.

"The results were rather remarkable," says Krumholz, a cardiologist and leading health care researcher. "We found jaw-dropping improvements in almost every area that we looked at."

The researchers looked at the experience of 60 million older Americans covered by traditional Medicare between 1999 and 2013. They found that mortality rates dropped steadily during that time, and people were much less likely to end up in the hospital.

"People who were being hospitalized were having much better outcomes after the hospitalization," he says. "They had a much better chance of survival."

And the average cost of a hospital stay dropped too, he says, from $3,290 to $2,801 in inflation-adjusted dollars over the 15-year period for patients in the traditional Medicare program. (Researchers couldn't quantify the experience in Medicare Advantage, the managed-care alternative to Medicare).

Krumholz attributes the improvement to a wide variety of measures designed to boost patients' health, from prevention programs to advances in medical care. He says some of the savings also came about because medical care shifted from hospitals to less expensive outpatient clinics.

"They're pointing out a very good thing in the medical system," says economist Craig Garthwaite at the Kellogg School of Management at Northwestern University. He says the recession, which helped slow rising health care costs overall, apparently played a minor role in this story of Medicare.

Costs really are being contained, Garthwaite says. One other reason that's happening is that the federal government is reimbursing hospitals and doctors less for treating Medicare patients.

"That's an easy way to get control of medical spending in Medicare," Garthwaite says, but "it's just not something we can do in the private market, and we have to worry about how sustainable it is for the Medicare program overall."

With the post-World War II baby boom now reaching retirement age, more and more people are turning 65 and becoming eligible for Medicare. That growth continues to drive up the overall cost of the program, even as that average cost per illness or hospitalization comes down. And as older Americans live longer lives, they use Medicare for more years than previous generations did.

Medicare is still running a bit of a deficit, but the situation is improving. The program's trustees say its trust fund will be solvent through 2030. Some adjustments would be needed to keep the program in good financial health beyond that date.

"Some of these [new cancer] products are providing only a few months of life for several hundred thousand dollars," he says. And the system doesn't do a good job of making difficult judgments in situations like that.

Joseph Antos, an economist in health policy at the American Enterprise Institute, agrees that the good news from the Yale study doesn't assure a rosy future. He's concerned about the financial health of Medicare if, for example, an effective drug for Alzheimer's disease is developed.

"I would argue that if anybody came up with an effective treatment for Alzheimer's today, that treatment would be hailed as a major breakthrough and we wouldn't be looking at the cost," Antos says.

And that would almost certainly break the pattern that's been documented over the past 15 years, where improving health has actually helped drive down the cost of medical care.