Accessibility links
What Happens When Your Brain Says You Don't Exist : Shots - Health News In his new book, The Man Who Wasn't There, Anil Ananthaswamy examines the ways people think of themselves — and how those perceptions can be distorted by certain brain conditions. 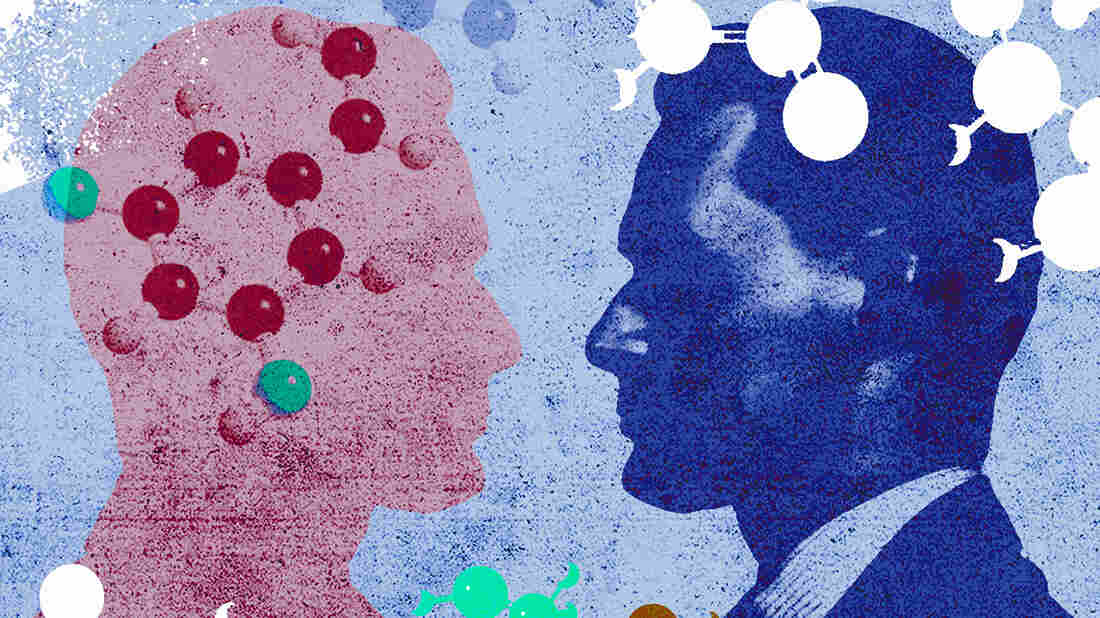 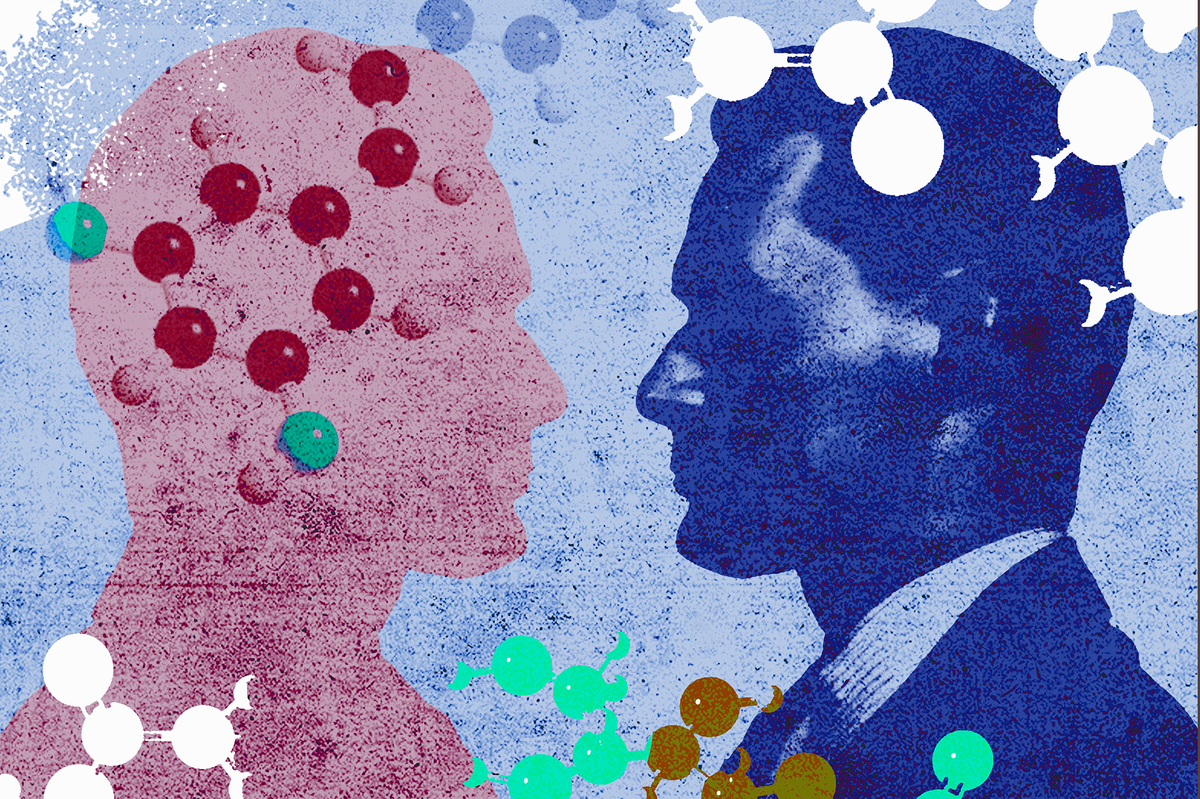 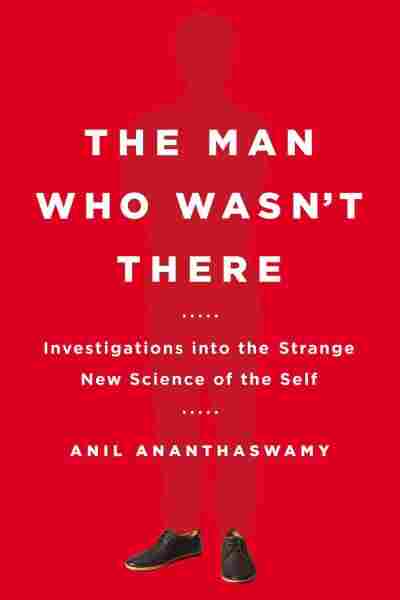 Investigations into the Strange New Science of the Self

Science journalist Anil Ananthaswamy thinks a lot about "self" — not necessarily himself, but the role the brain plays in our notions of self and existence.

In his new book, The Man Who Wasn't There, Ananthaswamy examines the ways people think of themselves and how those perceptions can be distorted by brain conditions, such as Alzheimer's disease, Cotard's syndrome and body integrity identity disorder, or BIID, a psychological condition in which a patient perceives that a body part is not his own.

Ananthaswamy tells Fresh Air's Terry Gross about a patient with BIID who became so convinced that a healthy leg wasn't his own that he eventually underwent an amputation of the limb.

"Within 12 hours, this patient that I saw, he was sitting up and there was no regret. He really seemed fine with having given up his leg," Ananthaswamy says.

Ultimately, Ananthaswamy says, our sense of self is a layered one, which pulls information from varying parts of the brain to create a sense of narrative self, bodily self and spiritual self: "What it comes down to is this sense we have of being someone or something to which things are happening. It's there when we wake up in the morning, it kind of disappears when we go to sleep, it reappears in our dreams, and it's also this sense we have of being an entity that spans time."

On how to define "self"

When you ask someone, "Who are you?" you're most likely to get a kind of narrative answer, "I am so-and-so, I'm a father, I'm son." They are going to tell you a kind of story they have in their heads about themselves, the story that they tell to themselves and to others, and in some sense that's what can be called the narrative self. ...

We can think back to our earliest memories. We can imagine ourselves in the future, and whatever perceptions arise when we remember or when we imagine, whatever emotions arise, they again feel like they're happening to the same person. So all of these things put together, in some sense, can be called our sense of self.

There are also other ways of thinking about the self. For instance, you and I right now are probably sitting on our chairs, and we have a sense of being a body that is in one place and we can feel sensations in our body. ...

We can think back to our earliest memories. We can imagine ourselves in the future, and whatever perceptions arise when we remember or when we imagine, whatever emotions arise, they again feel like they're happening to the same person. So all of these things put together, in some sense, can be called our sense of self.

On Cotard's syndrome, in which a person believes he or she is already dead

Cotard's syndrome was something that was first identified by a French doctor in the late 1800s. His name was Jules Cotard, and it's named after him. It's a constellation of symptoms ... and the most characteristic symptom is the situation where people say that they don't exist. This is a perception that they have, and you cannot rationalize, you cannot really give them evidence to the contrary and expect them to change their mind. It is a complete conviction that they have that they don't exist. ... It's very, very paradoxical. It poses a great philosophical challenge to people who are trying to understand what it means to say "I exist" or "I don't exist." It also makes you wonder about all the other things that we are certain about, like you and I probably are very certain that we exist, well, these people are just as certain that they don't. So it makes you question about perceptions that arise in the brain and somehow, in this case, the delusion is so complete and so convincing that you really cannot shake their conviction that they are dead. 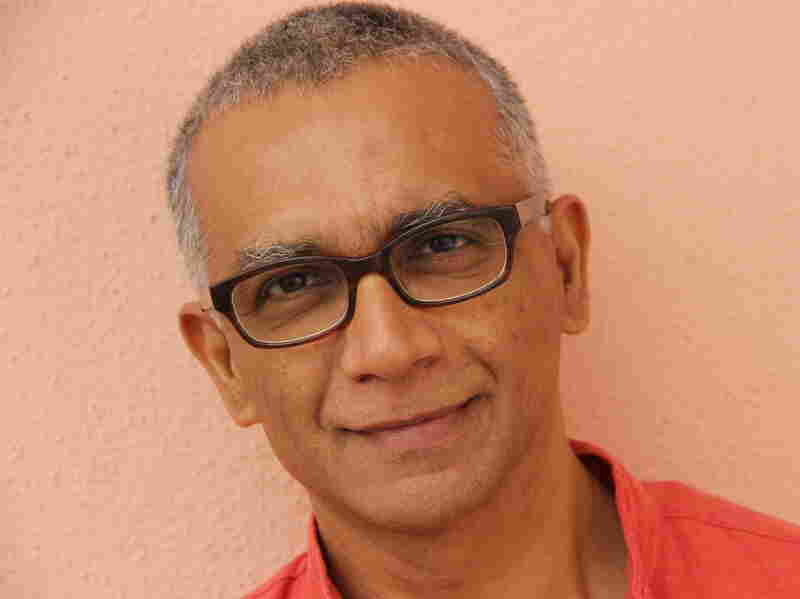 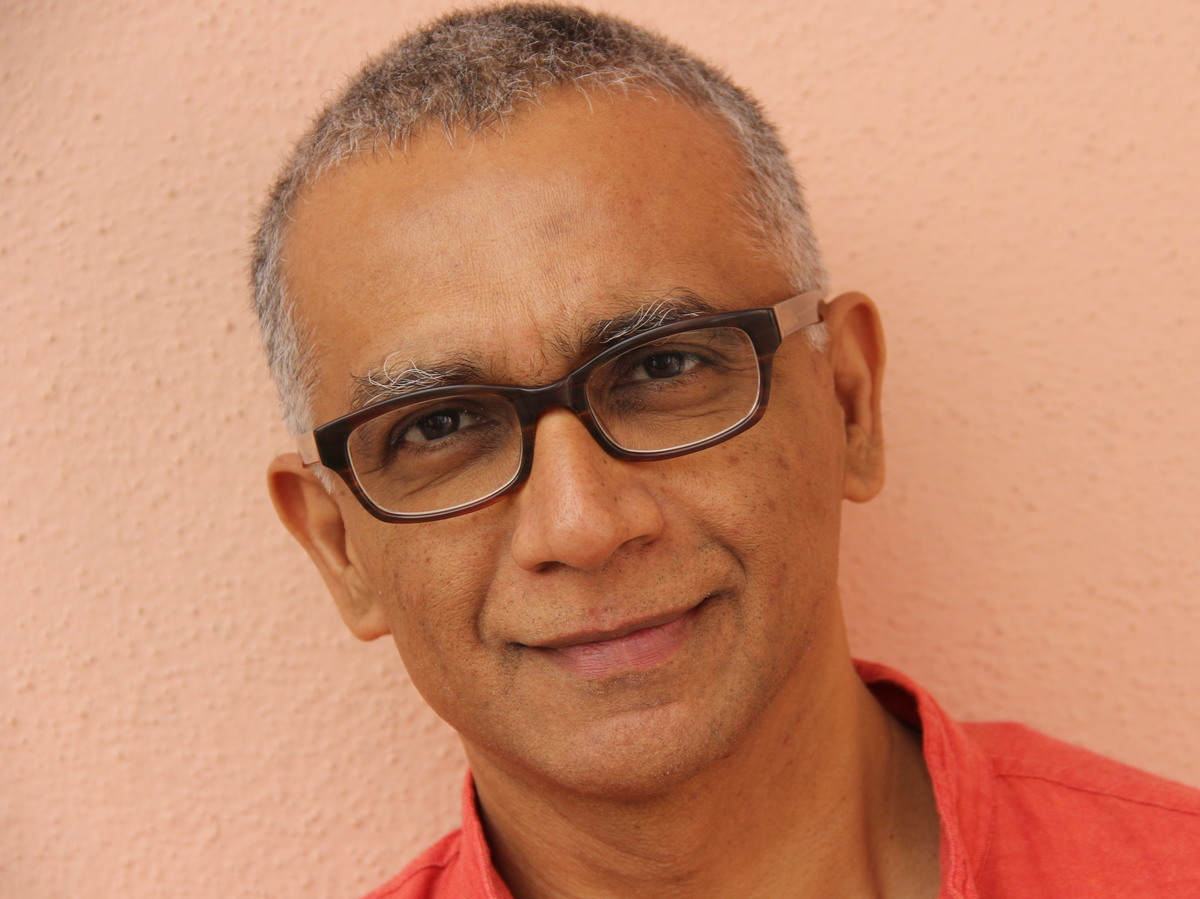 Anil Ananthaswamy is a consultant for New Scientist Magazine.

What seems to be happening is that there is a network in the brain that is responsible for internal awareness, awareness of our own body, awareness of our emotions, awareness of our self-related thoughts, and in Cotard's, it seems like that particular network is tamped down. In some sense, their own experience of their body, in all its vividness, in experience of their own emotions in all its vividness, that's compromised very severely. In some sense they're not feeling themselves vividly. It's as simple as that. But, then there's something else that's happening in the brain. It seems like parts of the brain that are responsible for rational thought are also damaged. First of all, what might be happening is a perception that arises in their brain saying that they are dead because they're not literally perceiving their own body and body states and emotions vividly and then that perception — irrational though it is — is not being shot down.

On body integrity identity disorder, which causes a person to believe that a body part is not his or her own

It really is a very disturbing condition in the sense that it's not something you would normally ever experience. ... If you look at your hand, there is no doubt in your mind that it is your hand. Now imagine you looked at your hand and it didn't feel like yours and it didn't feel like yours for 20, 30 years; it could be a very debilitating thing. It seems to be like that for people experiencing or suffering from BIID. They do take extreme measures. It's basically a mismatch between the internal perception they have of their own body and the physical body and what's intriguing and interesting in terms of the self is that what is most important for our sense of self, our bodily self, is the internal perception of it. You can look at your body and you can see your hand or leg that is fully functional, and yet if it doesn't feel like yours. The feeling is the much more important part of one's self, not the fact that you can see it and you can function with this leg.

On a patient with BIID who got his leg amputated

I talked to him a few times before the operation trying to find out what it was really that he was suffering from and he really felt like this leg, part of his leg, was not his, it was really something he didn't want. He would try a whole range of things to make it seem as if he didn't have it. He would fold his leg and pretend it wasn't there, he would push it to one side, it really seemed to ruin his life. I remember asking him once, "So what does it exactly feel like?" He says, "It feels like my soul doesn't extend into that part of my leg." ...

One way to kind of understand might be happening in BIID is actually to look at the converse problem. Most people by now will be really well aware of this phenomenon called phantom limbs [syndrome] where you actually have an amputation because of some unfortunate accident or infection and you lose an arm or a leg. Many people continue to feel that the limb still exists and some people even feel pain in that imaginary limb. What that's telling you is what you are perceiving as your limb is actually some representation of the limb in your brain, not the physical limb.

On how Alzheimer's disease affects the narrative self

Alzheimer's disease ... unfortunately literally erases a very important part of our sense of self, which is the narrative that we have in our heads about who we are. This narrative is something that the brain constructs and we're not even aware that it's actually a constructed thing. When we just think of ourselves, we have this expansive narrative inside us about who we are and what Alzheimer's unfortunately does is it puts a stop to the narrative forming. So because short-term memory formation is impaired, it becomes harder and harder for a person with Alzheimer's to start having new memories, and once you stop having or forming new memories, these memories don't get incorporated into your narrative. So, in some sense, your narrative stops forming. As the disease progresses it starts eating away at the existing narrative. It starts basically destroying a whole range of memories that go toward constituting the person that you are. ...