Accessibility links
Texting While Walking: Are You Cautious Or Clueless? : Shots - Health News People who text while walking change their pace and seem to walk more cautiously, a study says. But that doesn't mean you're not a menace to yourself and others.

Texting While Walking: Are You Cautious Or Clueless?

Texting While Walking: Are You Cautious Or Clueless? 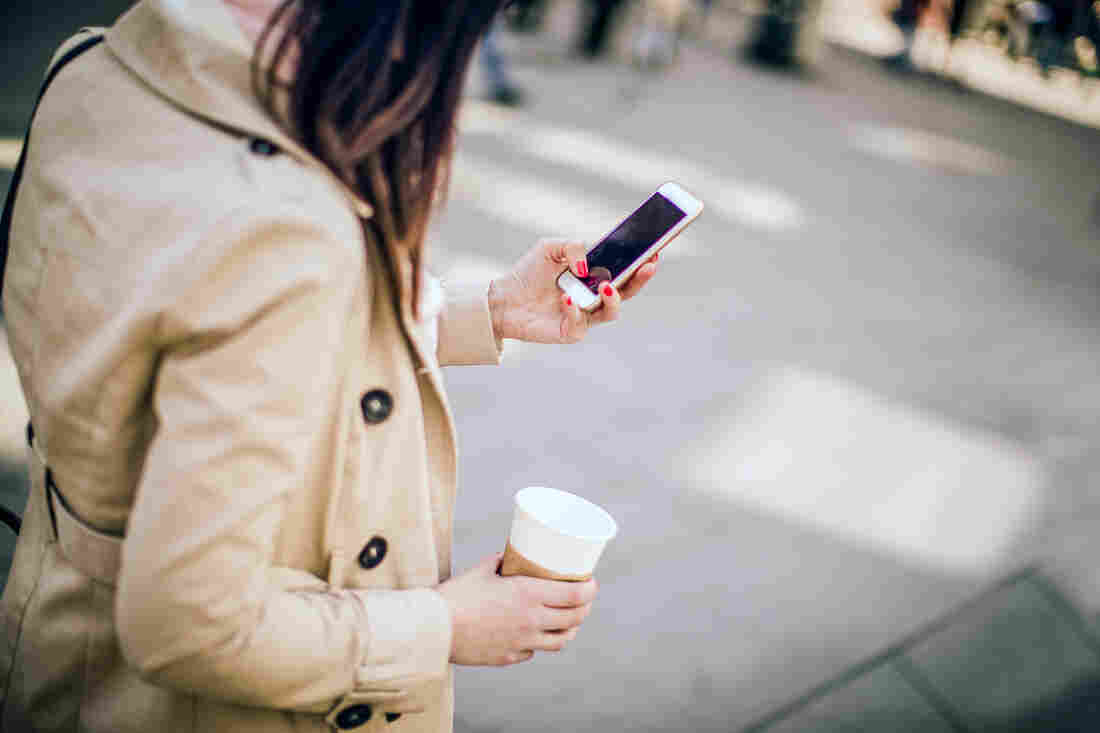 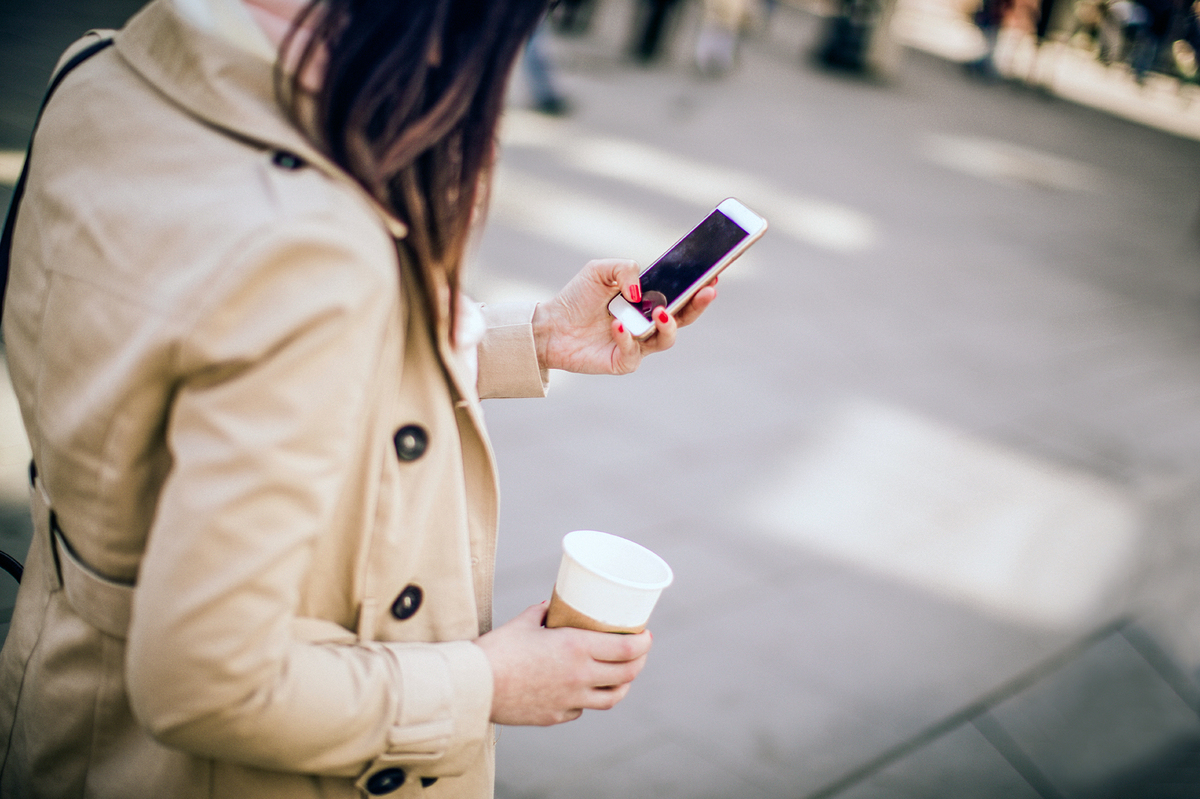 Good thing that coat is coffee-colored.

Do you roam city sidewalks with your nose buried in your phone, oblivious to what's going on around you? If so, you may want to look up and start paying attention.

Texting while walking decreases the ability to walk in a straight line and slows down pace significantly, according to a study published Wednesday in PLOS ONE. But this gait change may not be as dangerous as it sounds, the researchers say.

"We hypothesized that more people would trip," says Conrad Earnest, an exercise scientist at Texas A&M University who studied people while walking and texting. "But nobody tripped and that's surprising; people actually slowed down and engaged in a more protective or cautious walking pattern."

Several years ago, Earnest noticed that people who text and walk tend to weave around, almost as if drunk. This change of gait got him wondering: What's the effect of being distracted with a mobile phone while walking?

To find out, he and two students created an obstacle course that mimics city pathways. There were curb-like steps, stairs, a platform to step on and off of, and traffic posts and dummies to maneuver past.

Thirty people were recruited to make their way through the course three times. In the first instance, participants walked the course undistracted and without a phone. They texted during the second walk-through. In the third scenario, they texted and used an app to solve basic math problems. Thirteen nearby cameras captured the participants' movements and collected motion data.

After analyzing the data, the research team found that people took significantly longer to complete the course while using a phone. While they tended to deviate from the path, text walkers didn't trip or bump into anything. They also lifted their feet higher to clear steps. When they were walking without distractions, for example, participants cleared the curb by about 3.7 inches. But when using their phones, they would raise their feet higher to about 4.37 inches.

Want To Perk Up Your Love Life? Put Away That Smartphone

"That suggests they were being more careful to make sure they cleared the step," Earnest says. He adds that people could be slowing down to avoid potential accidents while they're distracted.

Psychologist David Schwebel, a professor at University of Alabama at Birmingham, agrees.

"I think the participants recognized that their brain was overloaded and to protect themselves, became more cautious and slowed down to make it safer," says Schwebel, who was not involved with the study.

Still, he does not advocate texting while walking. His own research has shown that pedestrians who are distracted with their phones are more likely to be in traffic accidents.

City and regional planner Jack Nasar, on the other hand, does not believe a slower pace implies more caution. He thinks it simply proves that text walkers are having trouble multitasking.

Nasar, a professor emeritus at The Ohio State University who was not involved with the study, points to his own research on pedestrians using phones.

In one experiment, Nasar found that people on cellphones are 48 percent more likely to walk unsafely into oncoming traffic. Another study showed that injuries of pedestrians on phones more than doubled between 2004 and 2010. In fact, in 2010, the number of pedestrian injuries while texting exceeded the number of texting and driving injuries.

"Pedestrians using cellphones are getting hurt, and that suggests they're not being cautious," Nasar says. "If they were being cautious, they wouldn't be getting injured."

Whether text walkers are being careful or not, the general consensus seems to be: Don't do it.

Despite his findings, Earnest says people should pocket their phones and just enjoy the walk at hand.