Accessibility links
Meet The California Family That Has Made Health Policy Its Business : Shots - Health News On Medicare's 50th birthday, two brothers who helped get it off the ground tell their stories. A younger member of the Lee family is at the helm of Covered California, the state insurance exchange. 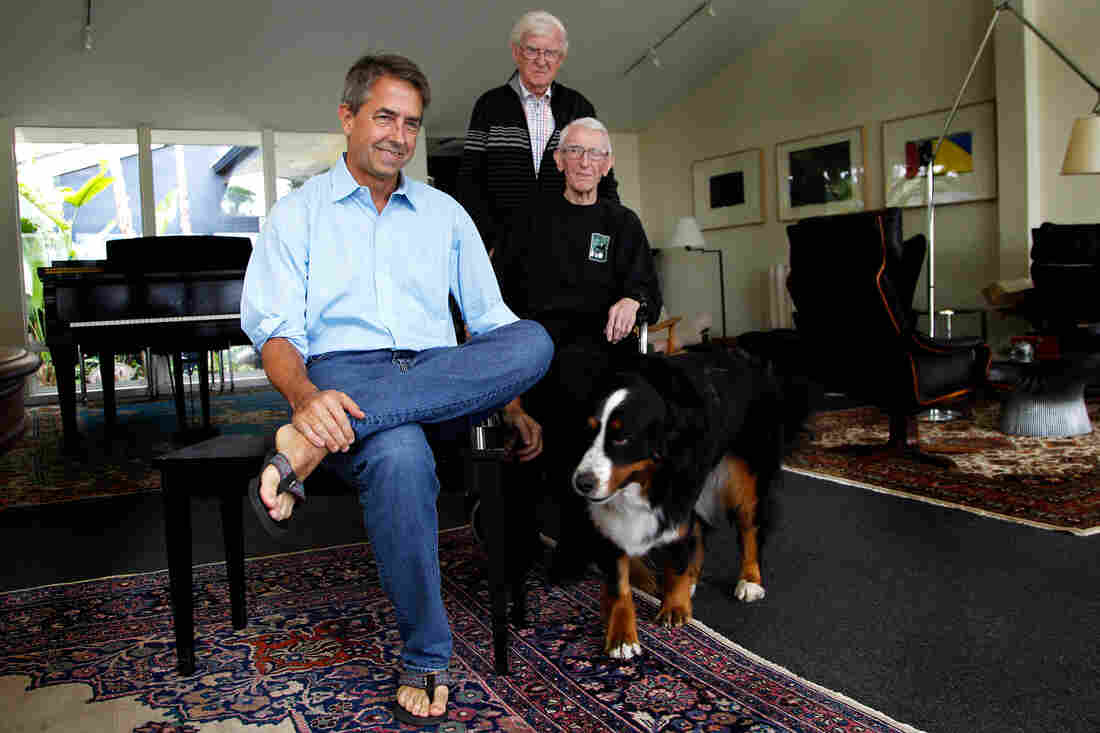 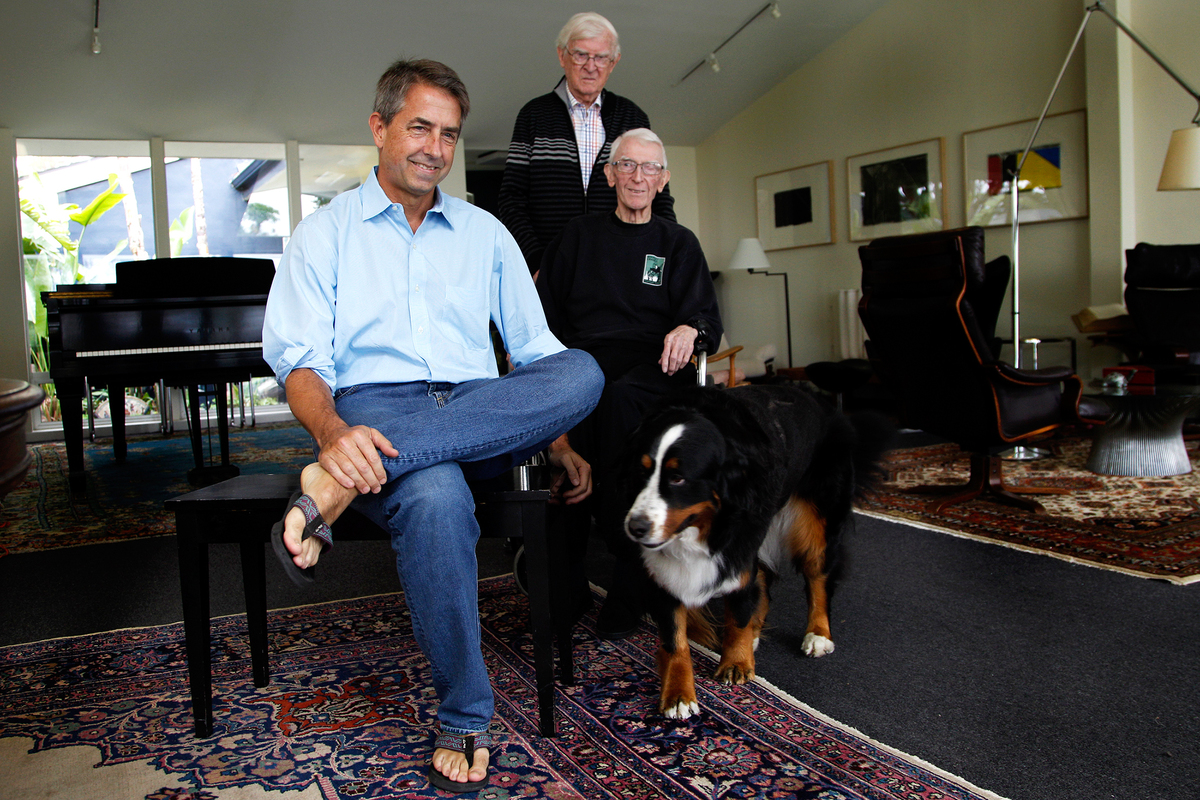 If there's such a thing as the first family of health care, the Lees may be it.

Five decades ago, two brothers helped start Medicare. Their father inspired them and they, in turn, have inspired the next generation.

To mark the anniversary of President Lyndon Johnson signing Medicare into law on July 30, 1965, three Lees sat down to reflect on the U.S. health care system.

It can be hard now to imagine a time when Medicare met serious opposition. But 92-year-old Dr. Peter Lee, a founder of the family medicine department at the University of Southern California, remembers that time well.

"I was one of the people who was supporting the idea," he says. "And in response to that some people from the USC alumni association wanted me fired because they thought that was socialized medicine."

The Los Angeles County Medical Association, too, called for Lee's ouster. While Lee didn't get fired, he did get called a lot of names. The same thing happened to his now 91-year-old brother, Dr. Phillip Lee, who helped implement Medicare in the Johnson administration.

"They called me a socialist more often than a communist, but occasionally they referred to me as a communist," he recalls.

Among those who did that, he says, was former President Ronald Reagan, who lent his voice to an ad by one of Medicare's biggest opponents, the American Medical Association.

"One of the traditional methods of imposing state-ism or socialism on a people has been by way of medicine," Reagan says in the ad.

The AMA opposed Medicare out of fear the government would become too deeply involved in the practice of medicine. But that didn't sway the Lee brothers. Their work as ardent foot soldiers for Medicare, was borne in part from family legacy of health policy started by their father, Dr. Russell Lee, says his grandson Peter Lee.

"One of the things my grandfather did was he was involved in the Truman Commission, which in the 40s was one of the early reports generated to say we need national health care," says the younger Peter Lee.

He went into the family business when he became a health policy expert. And he now runs Covered California, overseeing the largest expansion of insurance coverage in California since Medicare. His father, the elder Peter Lee, says the passage of Medicare changed the game. Before the law, the medical center where he worked was overflowing with elderly patients who had been discharged but needed some interim care before going home. 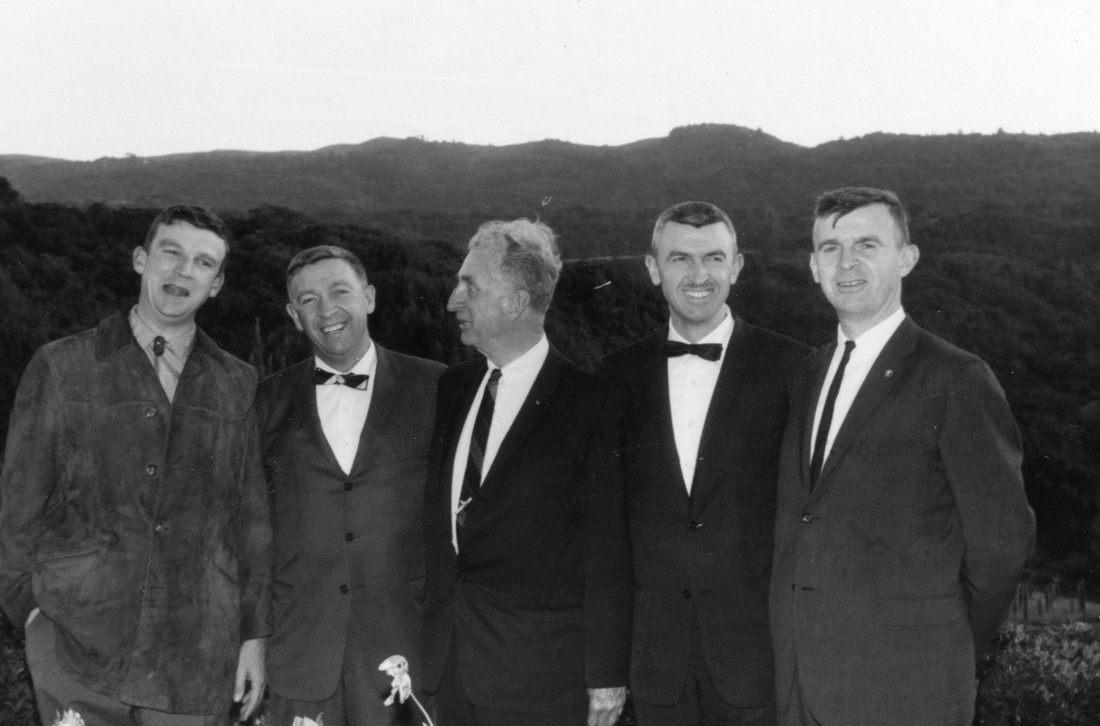 The Lees (from left): Hewey, Dick, Russell, Peter and Phil. All the Lee children, including a sister not shown, became doctors. Courtesy of the Lee family hide caption 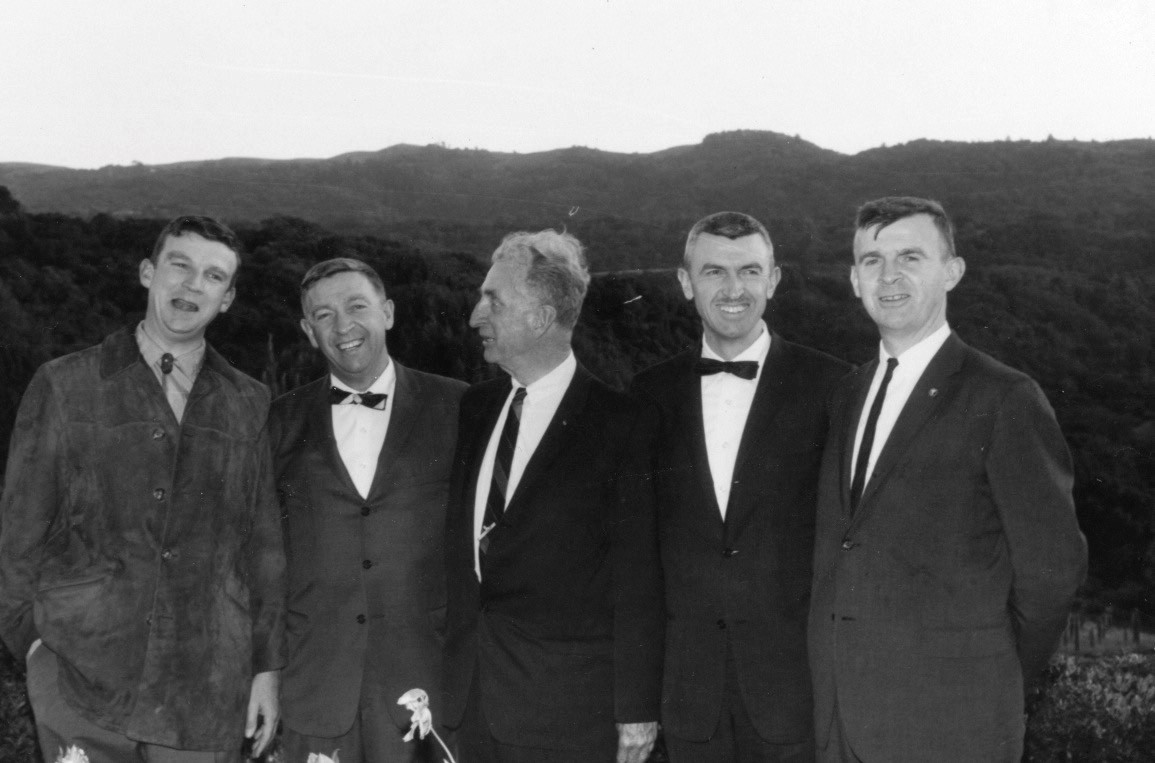 The Lees (from left): Hewey, Dick, Russell, Peter and Phil. All the Lee children, including a sister not shown, became doctors.

Courtesy of the Lee family

"So we always had patients in the hall," he says. "Then Medicare was passed and then the halls were all empty."

His son, Peter, explains, "They were empty because seniors all of a sudden had someone that would pay for long-term care that wasn't there before. And it was a dramatic overnight change that affected millions of Americans."

That's because Medicare paid for, transitional nursing home care and other treatments for those 65 and older, no matter their income. Today Medicare provides health care for nearly every American 65 and older.

And the law prompted something else: the desegregation of hospitals. Among those at the front line of that battle, the elder Peter Lee's brother, Philip.

Philip Lee was sent to the South to make sure hospitals didn't discriminate. He says it took the threatened loss of federal Medicare dollars to overcome resistance by many hospitals that ultimately integrated. And integration meant everyone and everything — from patients and staff all the way to the blood supply.

"And we made a lot of progress, even if it wasn't perfect," he says.

Today, both of the elder Lees say the biggest issues facing the nation's health care system is making sure everyone gets medical care.

It's a job that the younger Peter Lee says he's taken on with inspiration from his family legacy and support from his father and uncle. And, he says, they set a high bar.

"It take persistence. It takes hard work. But change happens," he says.