Accessibility links
A Slick Discovery Has Saved The Lives Of Many Babies : Shots - Health News Sometimes one person's insight transforms medicine. Dr. John Clements is one of those people. In the 1950s he discovered a slippery lung substance key to breathing, and to the survival of tiny babies. 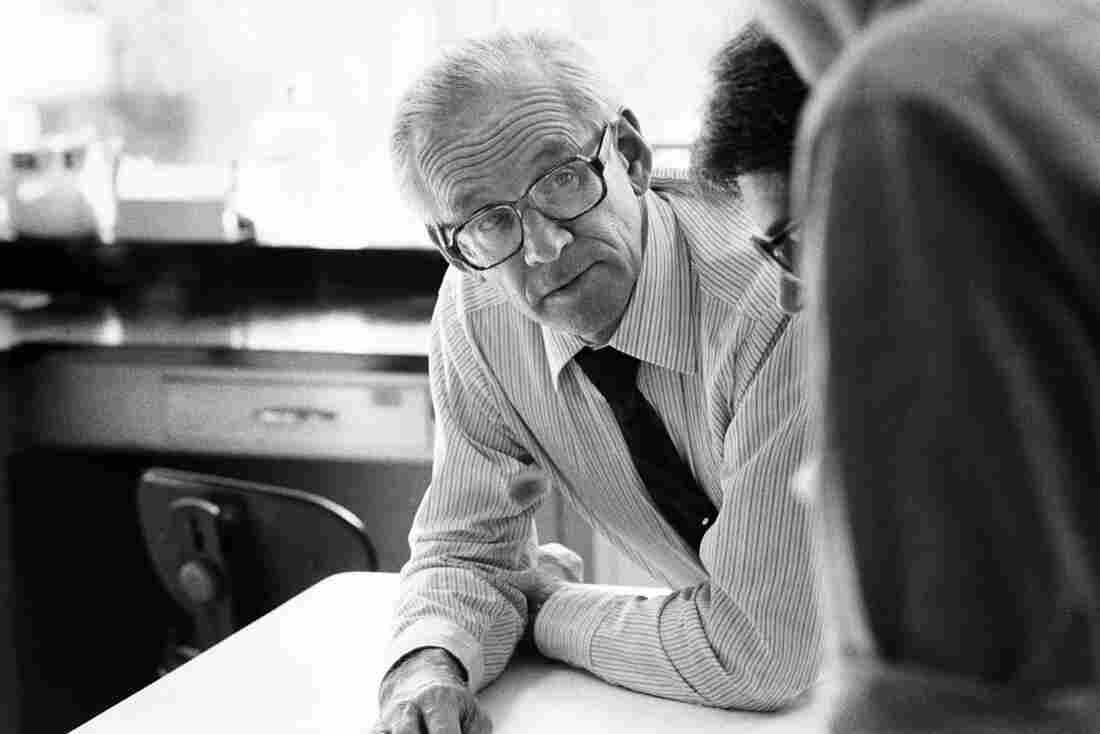 Researcher John Clements in the early 1980s, after he figured out that lungs need surfactants to breathe. David Powers/Courtesy of UCSF hide caption 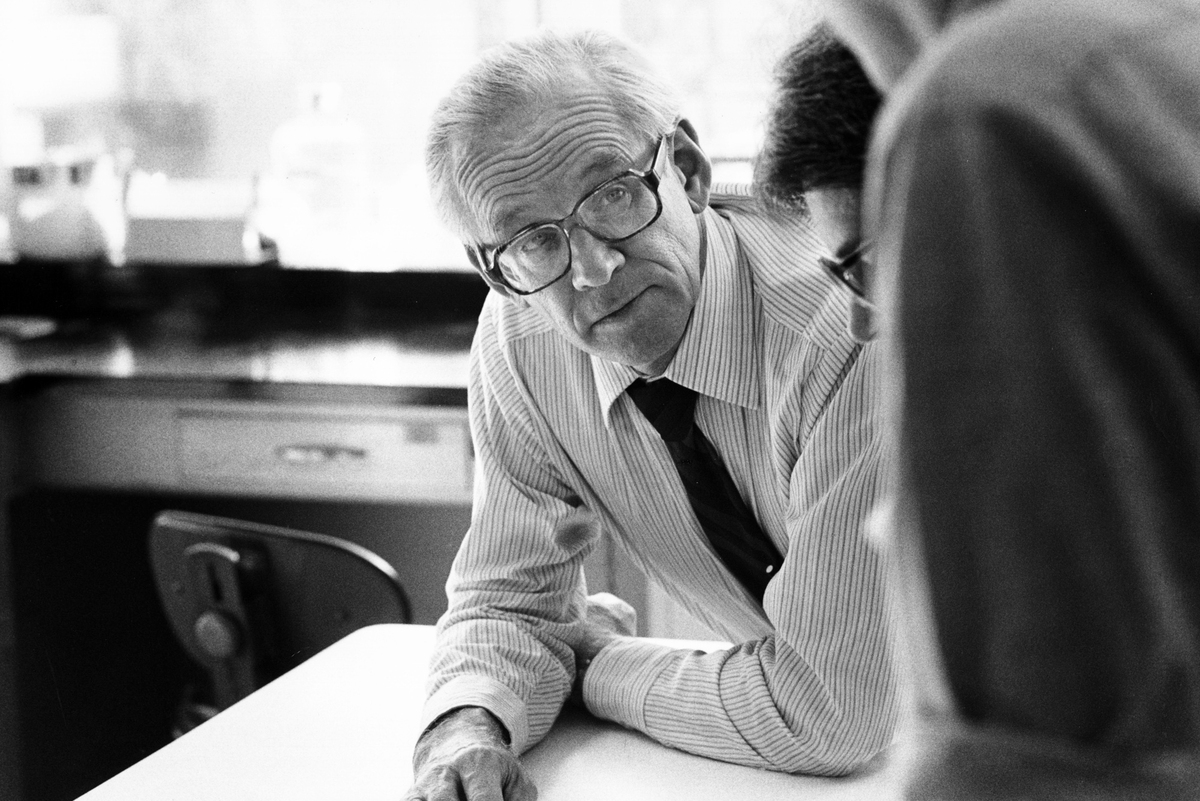 Researcher John Clements in the early 1980s, after he figured out that lungs need surfactants to breathe.

In 1953, Dr. John Clements realized something fundamental about the way the lung functions — an insight that would ultimately save the lives of millions of premature babies.

The story begins in 1950, when the U.S. Army sent Clements, a newly graduated physician, to the medical division of what was then called the Army Chemical Center in Edgewood, Md. Clements was interested in doing research in biochemistry. His commanding officer was of a different mind.

" 'We don't need any biochemists,' " Clements recalls the officer saying. " 'You're going to be a physiologist.' And I became a physiologist because the Army said so."

At the time, the Army was worried about the Soviet Union using chemical weapons.

"My assignment was to find out how nerve gases worked on the lungs," says Clements. So he set out to learn all he could about human lungs.

Lungs are made up of thin, pliable sacs called alveoli. You can think of them as tiny, somewhat permeable balloons. Oxygen enters the bloodstream through the outer membranes of these sacs.

When the sacs inflate, there's more surface area for oxygen to cross into the blood. 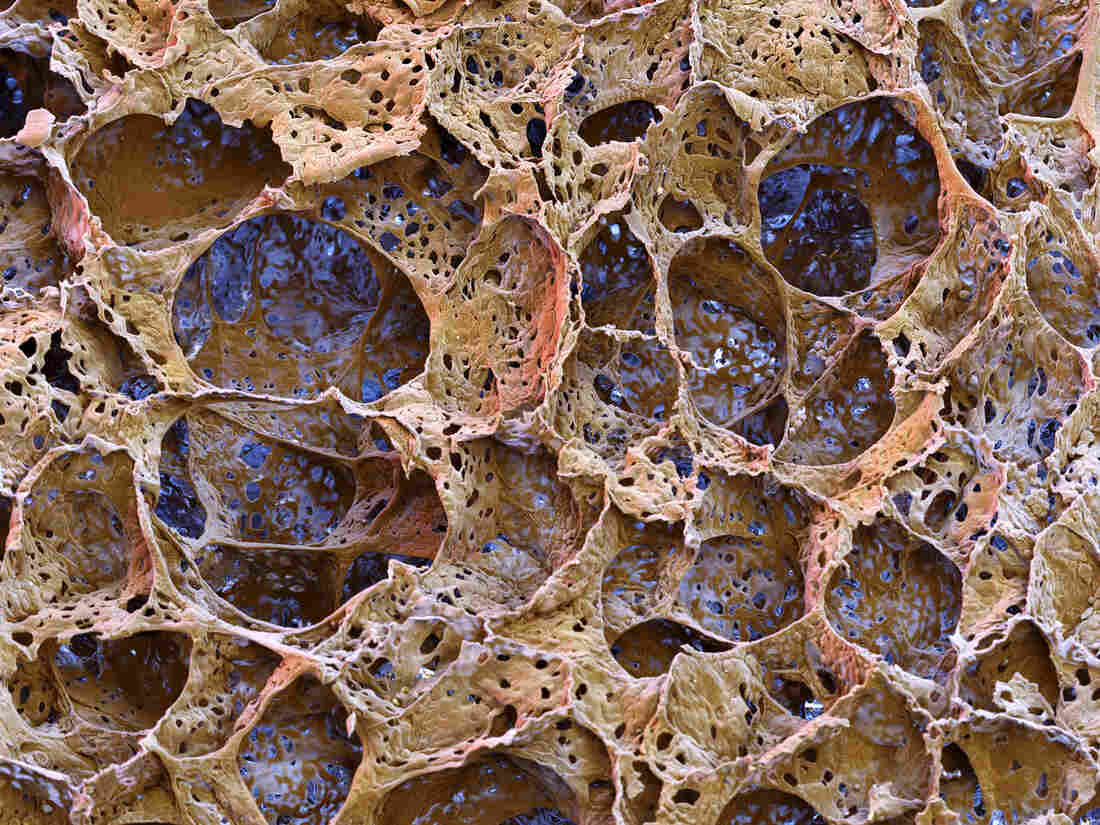 The tiny sacs in the lungs, called alveoli, move oxygen into the blood and carbon dioxide out. Eye of Science/Science Source hide caption 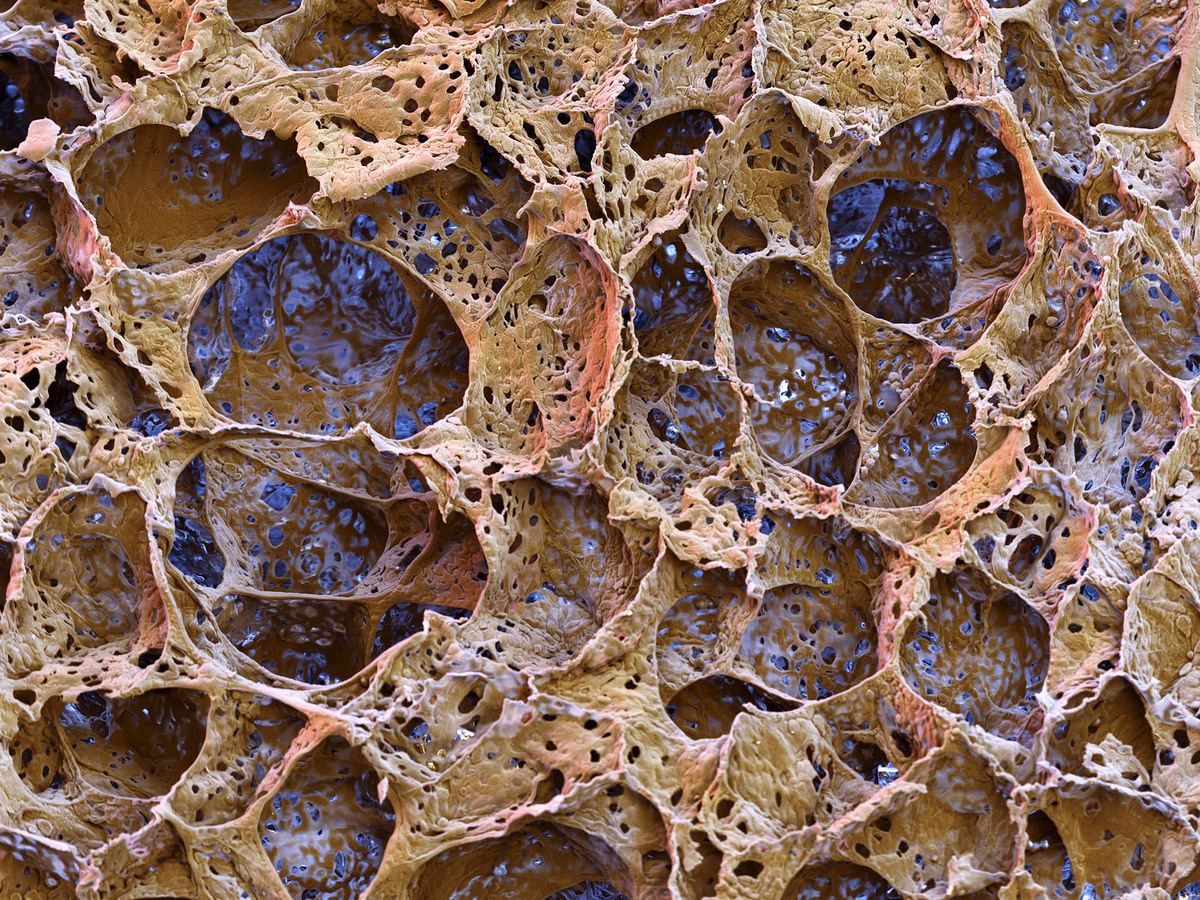 The tiny sacs in the lungs, called alveoli, move oxygen into the blood and carbon dioxide out.

But how much surface area is there in the normal lung? This wasn't an easy question to answer. Researchers who had looked at lung tissue through the microscope said the surface area was huge — maybe the size of a football field if you spread it all out.

But physiologists who estimated the energy that's used to inflate the sacs came up with a much, much smaller area.

In 1953, he suggested an explanation for the discrepancy. Maybe there was a substance in the lung that made the alveoli easier to inflate and keep inflated. A few years later, Clements and others found it — a slippery substance known as a surfactant that reduces surface tension in the alveolar membranes. Soon scientists showed that a lack of surfactant is involved in human lung disease.

"At that point the research, to use the trite term, exploded," Clements says.

Clements was doing basic research, not trying to cure a disease. But his work did contribute to a cure. In 1959, a researcher named Dr. Mary Ellen Avery, who was then at Harvard Medical School, showed that the lungs of premature babies can't make that surfactant. In those days, many children born at less than 37 weeks' gestation would die from something called respiratory distress syndrome, or RDS.

The FDA has since approved five synthetic surfactants to prevent respiratory distress syndrome in premature babies. Surfaxin, approved in 2012, is the latest to hit the market. (The first, Exosurf, is no longer sold.)

"It took 40 years — from the initial discovery in the early '50s to the first approval of the FDA in the 1990s," says Dr. Sam Hawgood, a neonatologist who once worked in Clements' lab and is now chancellor at the University of California, San Francisco.

"All of us would like to compress that timeline," Hawgood says. "But if you think that we had no idea that this substance even existed or was needed in the '50s, to an actual drug four decades later — it's pretty remarkable."

What's also remarkable is John Clements himself. Today he has a lab at UCSF. At 92, he still heads in every day and is proud of what his work has meant for treating premature infants with respiratory distress syndrome.

"When we began this work back in the 1950s, the mortality from RDS was above 90 percent," he says. "Today, that mortality is 5 percent or less."

I asked Clements why he still works — surely he's achieved enough to rest on his laurels. He says there's always the chance that a new day will bring a new scientific insight.

"The thrill of that is the best thing there is. At my age, I'd put it even higher than sex," says Clements with a laugh. Then his tone is more serious. "It's a big, big thrill when you think you've made a discovery — found an idea — that no one else has had," he says. "That's as good as it gets."