Accessibility links
Straighten Your Hair Without Frying It? Engineers Are On The Case : Shots - Health News Heat can turn curly locks into a sleek 'do — and can also damage hair permanently. Engineers at Purdue are figuring out how hot is just hot enough when it comes to wielding that flat iron.

Straighten Your Hair Without Frying It? Engineers Are On The Case

Straighten Your Hair Without Frying It? Engineers Are On The Case 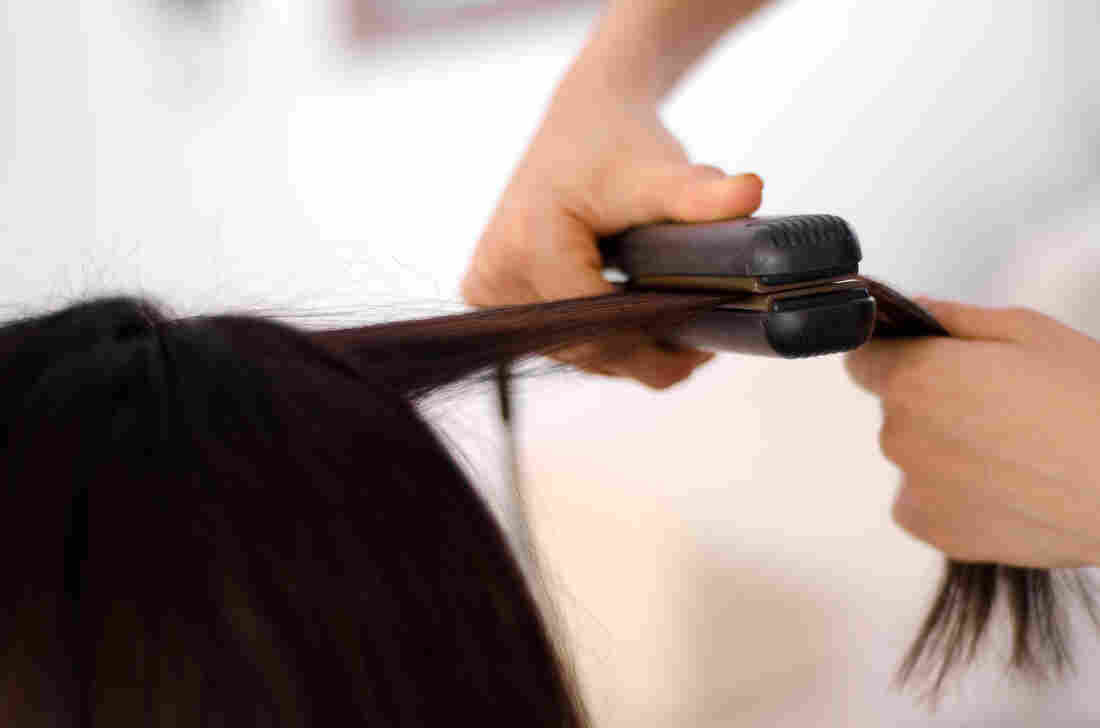 It's the heat that straightens the hair. But too much, and hair can be permanently limp, or burned. iStockphoto hide caption 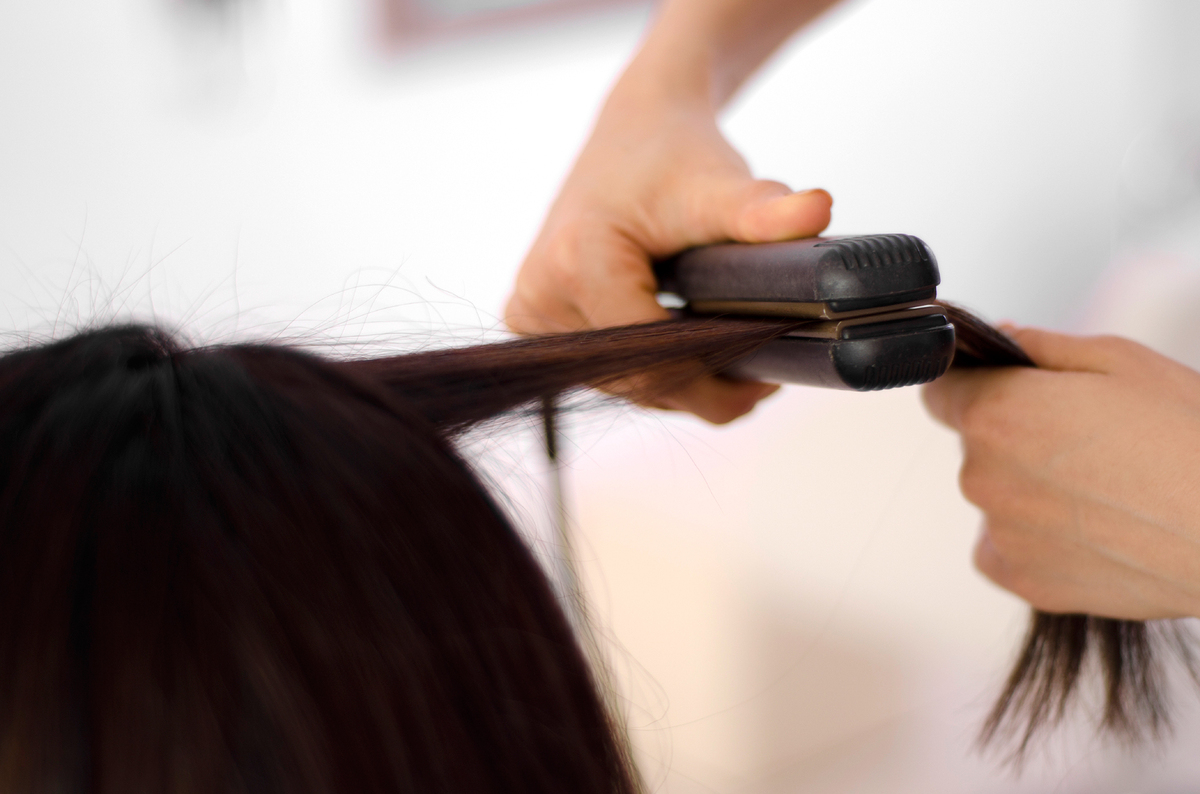 It's the heat that straightens the hair. But too much, and hair can be permanently limp, or burned.

Heated tools like flat irons can make hair waterfall straight. But there's always that worry of burning the hair, or yourself.

That can make hair-straightening a miserable process, as Marita Golden wrote in her essay "My Black Hair":

"For generations of young Black girls, the family kitchen was associated with pain and fear, tears and dread. The kitchen was where, as a young girl, I got my hair 'straightened.' My coarse, sometimes called 'kinky' or 'nappy,' hair, which was considered 'bad' hair, got straightened with an iron comb that had been heated over a burner on the stove.

"My mother, like so many mothers, thought this was an art or a science, but in reality it was haphazard, even dangerous work when performed by amateurs." 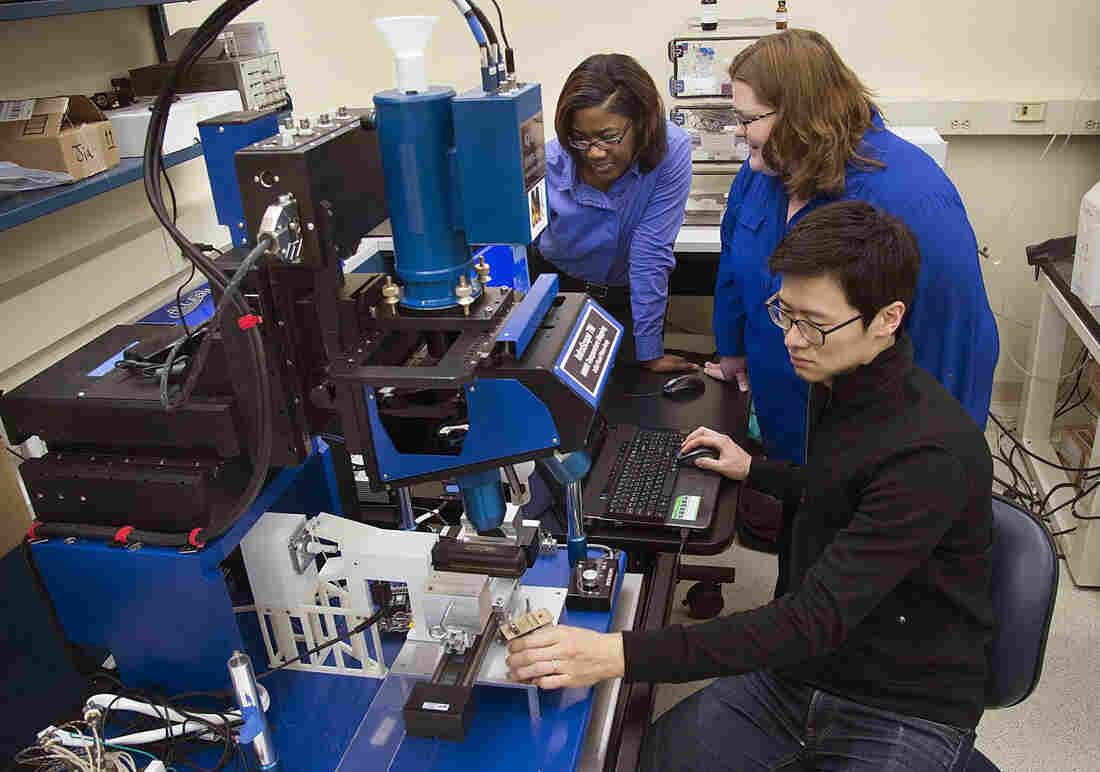 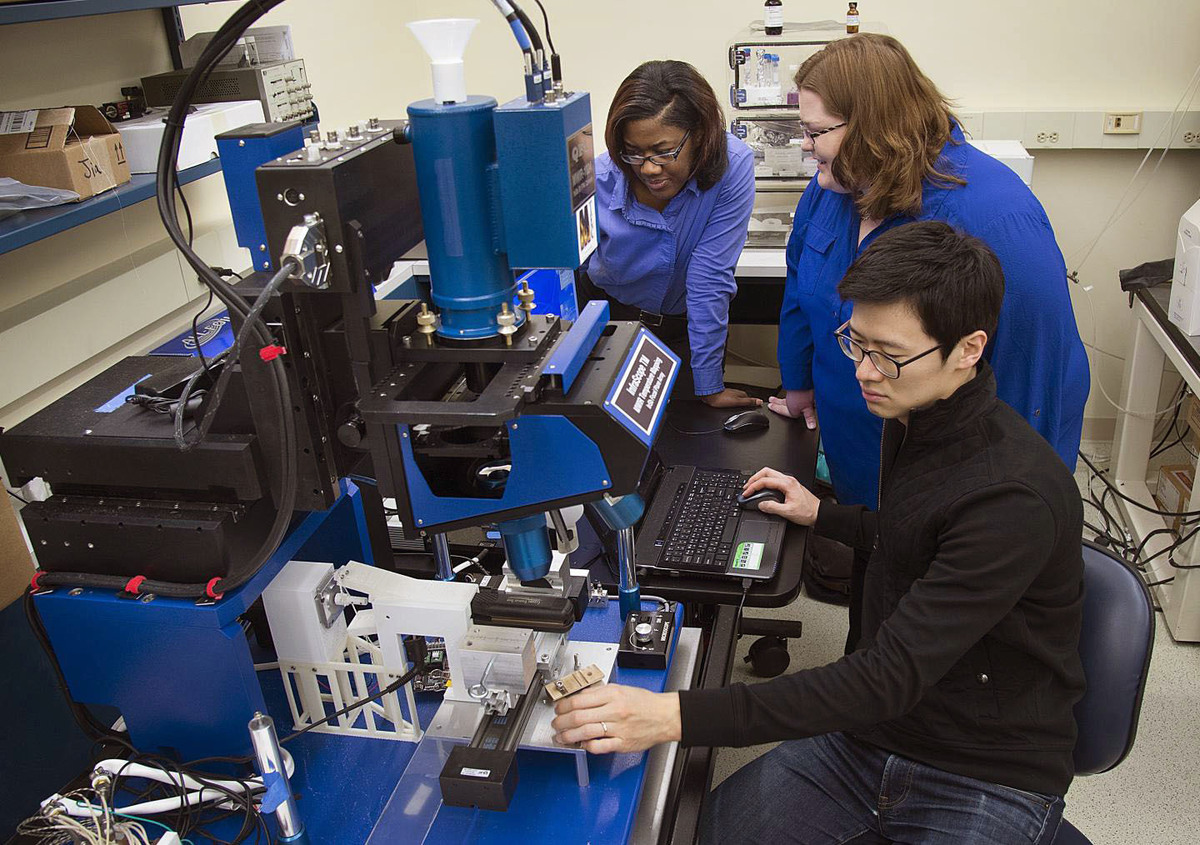 Engineers at Purdue University are trying to invent the science. Heat damage can make hair permanently straight, but not in a good way, says Tahira Reid, an assistant professor of mechanical engineering at Purdue. "The question we're trying to answer is, 'How much heat is too much heat before you lose your permanent curl pattern?' "

The problem is, when it comes to hair and heat, we don't know that much.

"There's a lack of data; not that many experiments have been done. There are few values we can compare to in [existing] literature," says Amy Marconnet, an assistant professor of mechanical engineering at Purdue. Reid came to Marconnet for her expertise in studying heat transfer, and the two partnered up to answer that question.

The team classified hair into eight standard types, from Type I to Type VIII, based on degree of curvature. Type I is straight to slightly wavy hair, Type II is hair with loose waves, and Type V is very curly hair. Type II is more typical of Caucasian hair, Marconnet says, while Type V is natural African-American hair.

A graduate student in Reid's lab, Jaesik Hahn, took a commercially available hair straightener — a flat iron with ceramic plates and temperature control — and attached it to a robotic arm. A computer controlled the robot to move swatches of hair through the appliance, repeatedly straightening while monitoring the temperature.

"We're one of the first groups, if not the first, to measure multiple types of hair," says Marconnet. "We can conclusively show how Caucasian hair and African-American hair performs differently."

"It's like the handle on the pot," Marconnet explained, "[when] you have hot water in the pot, if it's a metal handle you wouldn't want to grasp the handle, but you would a plastic handle because it doesn't conduct the heat [as much]."

Hairdressers at the salon might know from experience what works best without damaging the hair, but the average consumer might not.

The Purdue team is working on finding threshold temperatures for different types of hair, quantifying the heat damage caused and looking at long-term effects of repeated flat-iron use. For now, the scientists' best advice is to be cautious when using flat irons to style hair.

Down the road they might also investigate permanent hair-straightening, different types of flat irons, and products that claim to protect hair from heat damage.

"Just looking at the number of different [hair] products on the market, all the different buzzwords, the market knows people want the ability to control their hair," says Marconnet. "We hope to put some science behind the products."