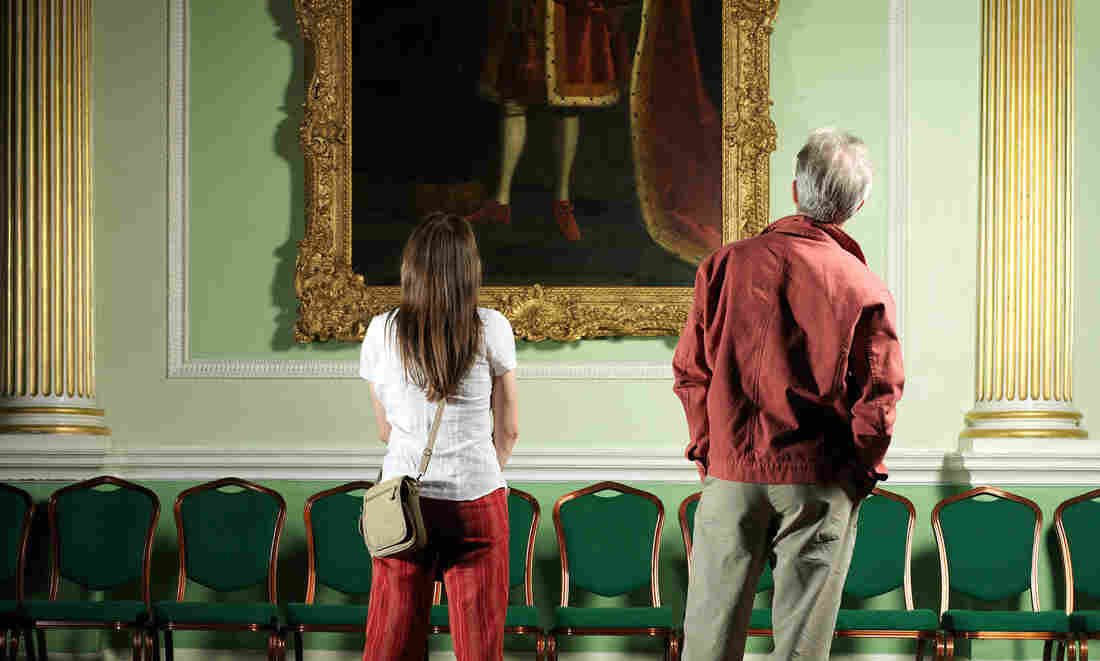 A New York study found that getting medical students together with dementia patients and their families at museums to view, discuss and create art for 90 minutes made the students better communicators. Colin Hawkins/Getty Images hide caption 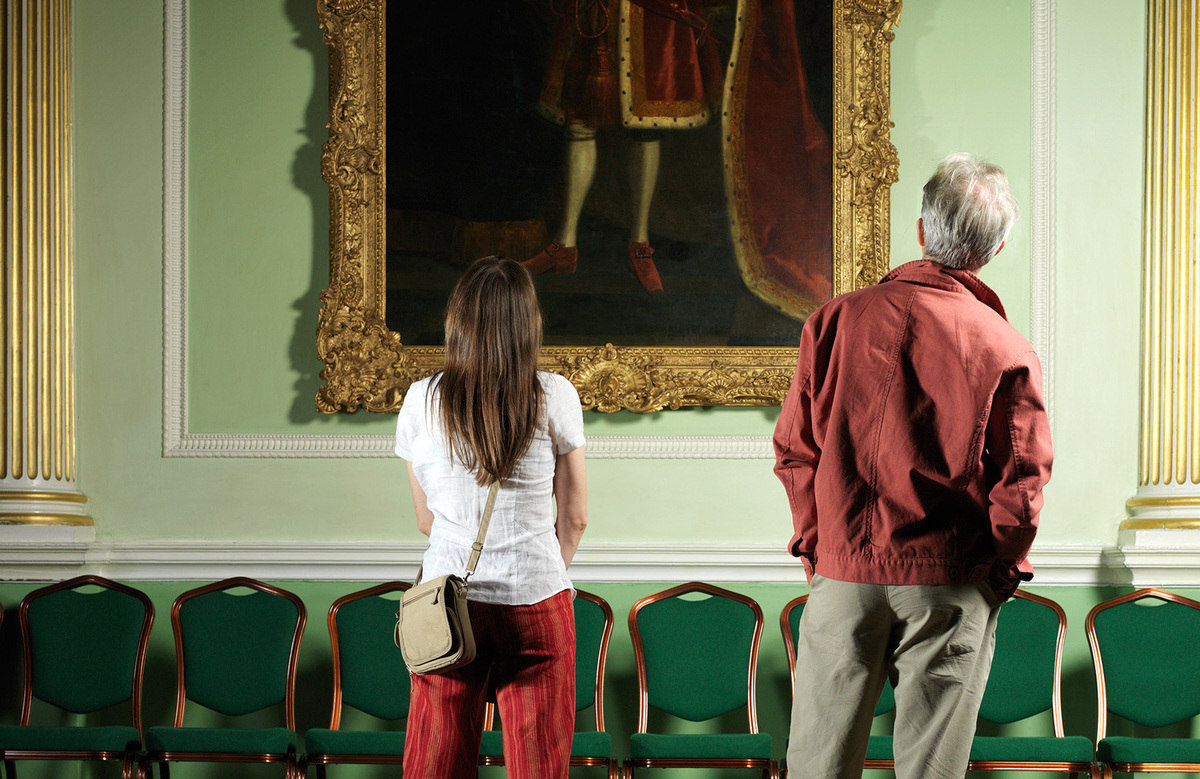 A New York study found that getting medical students together with dementia patients and their families at museums to view, discuss and create art for 90 minutes made the students better communicators.

Hannah Roberts was a first-year-medical student at Columbia University College of Physicians in 2013 when she noticed her classmates were having an especially tough time relating to dementia patients.

"There's a misconception that dementia patients are like toddlers in a way," Roberts says. Many medical students, she says, "are intimidated at the challenge of having to get accurate histories and establish a connection with someone who has a limited ability to communicate."

Roberts had some previous work experience with Alzheimer's patients and knew the encounters didn't have to be so strained. "These are adults who've led full rich lives, who have lots of knowledge and personalities that are still very present," she says. But that's not always initially apparent "unless you dig a little."

Could a field trip together to the local art museum help?

Roberts and one of her teachers, Dr. James Noble, a neurologist at Columbia University Medical Center, suspected it might. The results of their small study, recently published online in the medical journal Neurology, suggests they may be on to something important.

Noble has been interested since 2009 in how Alzheimer's patients express themselves through art. He noticed in other art programs aimed at patients and their families that discussing and making art can cement emotional connections and transform relationships in other ways.

"An adult son would be sitting next to their mom and dad; something would be said, and the son would suddenly realize his father could still do more than he thought possible," Noble says.

Noble went on to start his own nonprofit, called Arts & Minds, to provide museum-based experiences for people with dementia and their caregivers. The program has been running in the Studio Museum in Harlem for about five years and at the New York Historical Society for roughly three years.

But the idea of bringing medical students along was something new.

Roberts and Noble recruited 19 medical students for their study. Students, family and patients gathered in a gallery or museum to view, discuss and create art together for 90 minutes.

Before and after the session, the medical students completed the standardized Dementia Attitudes Scale survey, answering 20 questions about their comfort level and knowledge of dementia. They were asked to rate statements such as, "I feel confident around people with Alzheimer's diseases and related disorders" or "people with Alzheimer's disease and related disorders can enjoy life."

The students' scores afterward suggested a "modest increase" in comfort level in dealing with dementia patients, the researchers say, but the students' comments suggested the lessons ran even deeper.

"It gave us a chance to interact with patients with dementia in a context where their dementia isn't the main focus," one student told the researchers. "We get to see what they are capable of — more so than what they are incapable of — which so often is what cognitive tests force a patient to do."

"It's frightening to take care of someone you don't understand," says Marcia Childress, associate professor of medical education at the University Of Virginia School Of Medicine. Childress wasn't involved in the Columbia study but co-wrote an editorial about the experiment in the same issue of Neurology.

Such lessons are only getting more important. An estimated 5.3 million Americans have Alzheimer's disease, with the number of cases steadily rising.

Will this changed perspective among the students last?

"We don't know," says Noble. But he sure hopes so and plans to follow up.