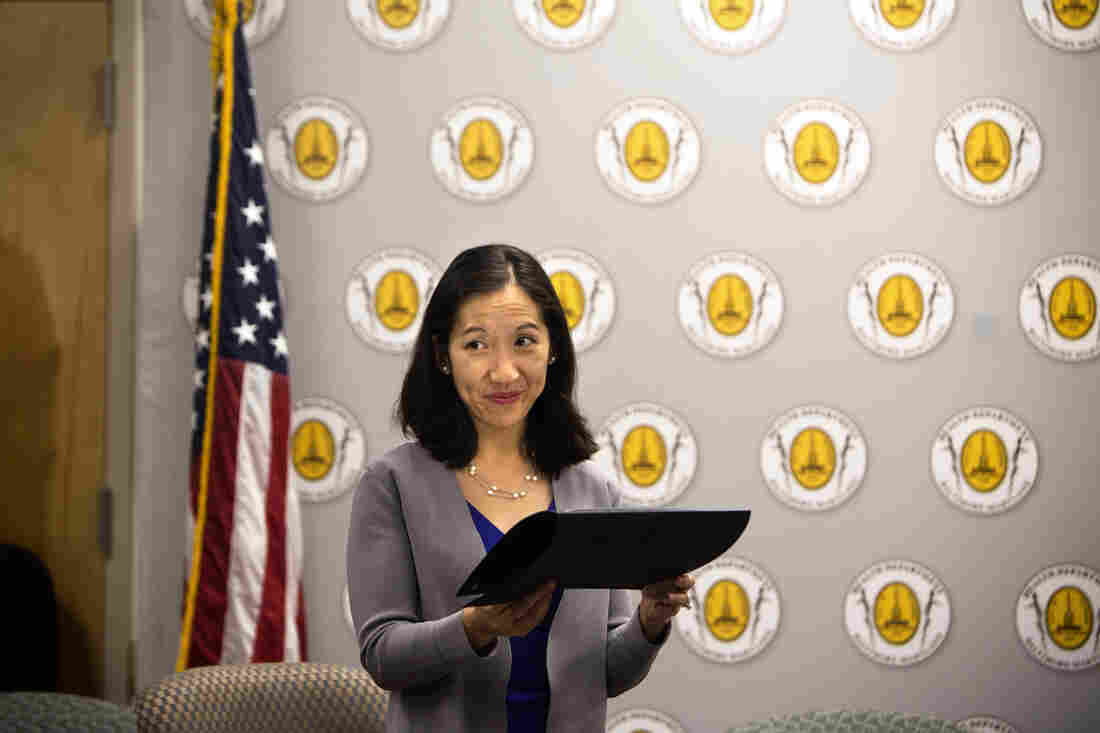 Leana Wen hands out awards to business owners for their efforts to support breastfeeding at the Baltimore City Health Department on Tuesday. Meredith Rizzo/NPR hide caption 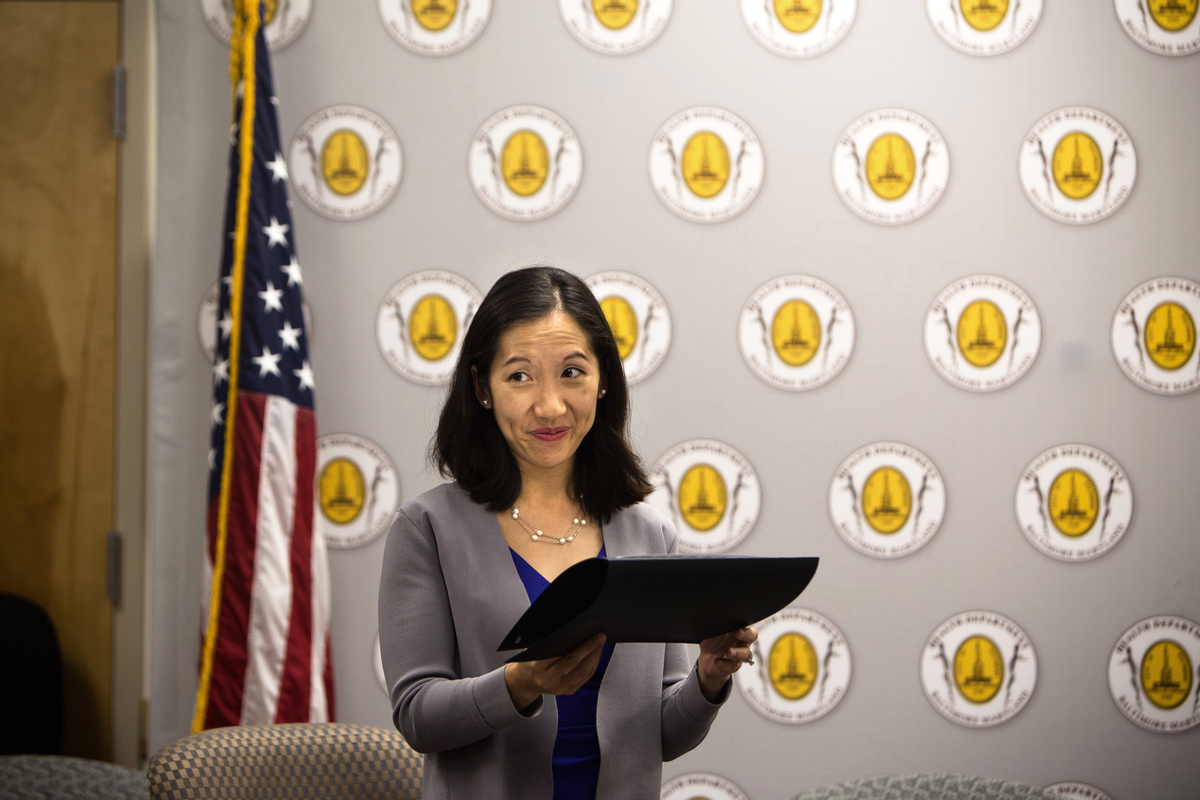 Leana Wen hands out awards to business owners for their efforts to support breastfeeding at the Baltimore City Health Department on Tuesday.

Neighborhoods in Baltimore are still struggling to recover from the riots that broke out following the funeral of Freddie Gray, who suffered a fatal injury to his spine while in police custody. In the aftermath of the unrest, we here at NPR spent many hours trying to understand the raw anger on display. We looked at police brutality, economic disparities and housing segregation in Baltimore.

Our conversations eventually led us to Leana Wen.

Wen, a 32-year old emergency physician, had become Baltimore's health commissioner just a few months earlier. With Baltimore leading the news day after day, she seized the moment to get her message out, including on this blog, where she has been an essayist.

She wrote about the health department's immediate response to the unrest, making sure hospitals were protected and that staff and patients could get to them, and that ensuring seniors could still get prescriptions when their pharmacies were looted and burned.

After calm was restored, she turned her focus to the city's more chronic issues. For years, she argued, Baltimore has been traumatized by poverty, violence and drug abuse, problems that can be treated through public health.

"We have to make the case that actually, everything comes back to health," she told us in May. "My hope is that we can really make Baltimore into a model for the rest of the country to follow when it comes to treating the core roots of our problems." 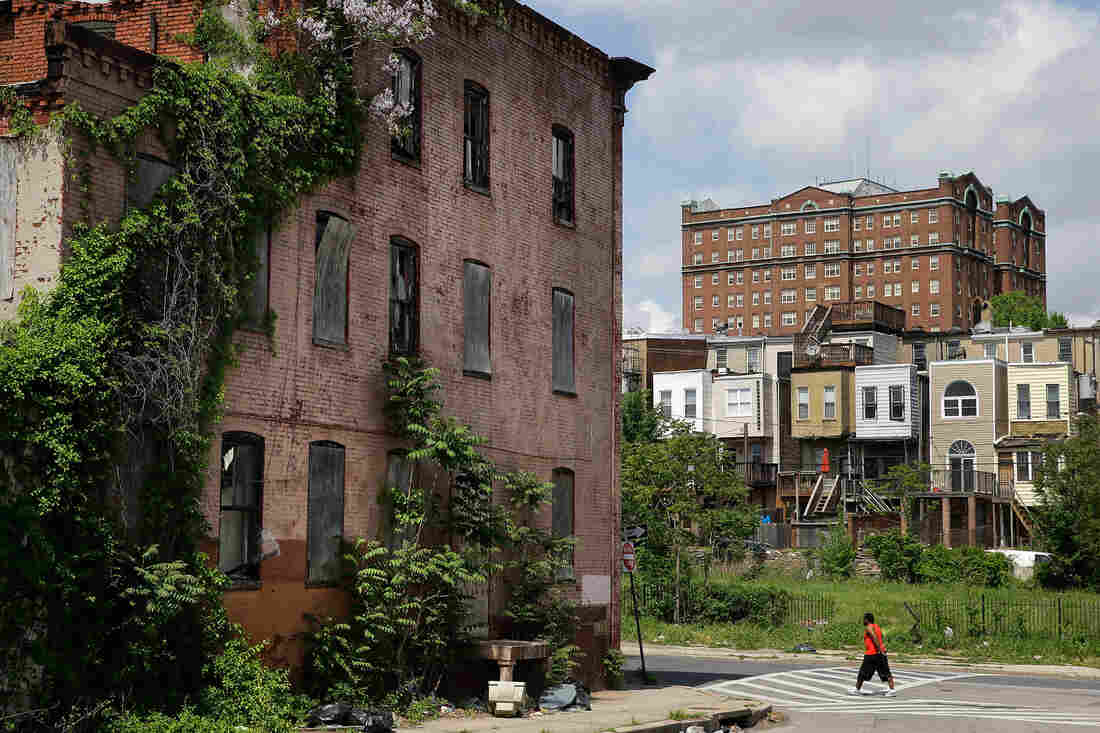 A man walks past a blighted building in the Penn-North neighborhood of Baltimore. Patrick Semansky/AP hide caption 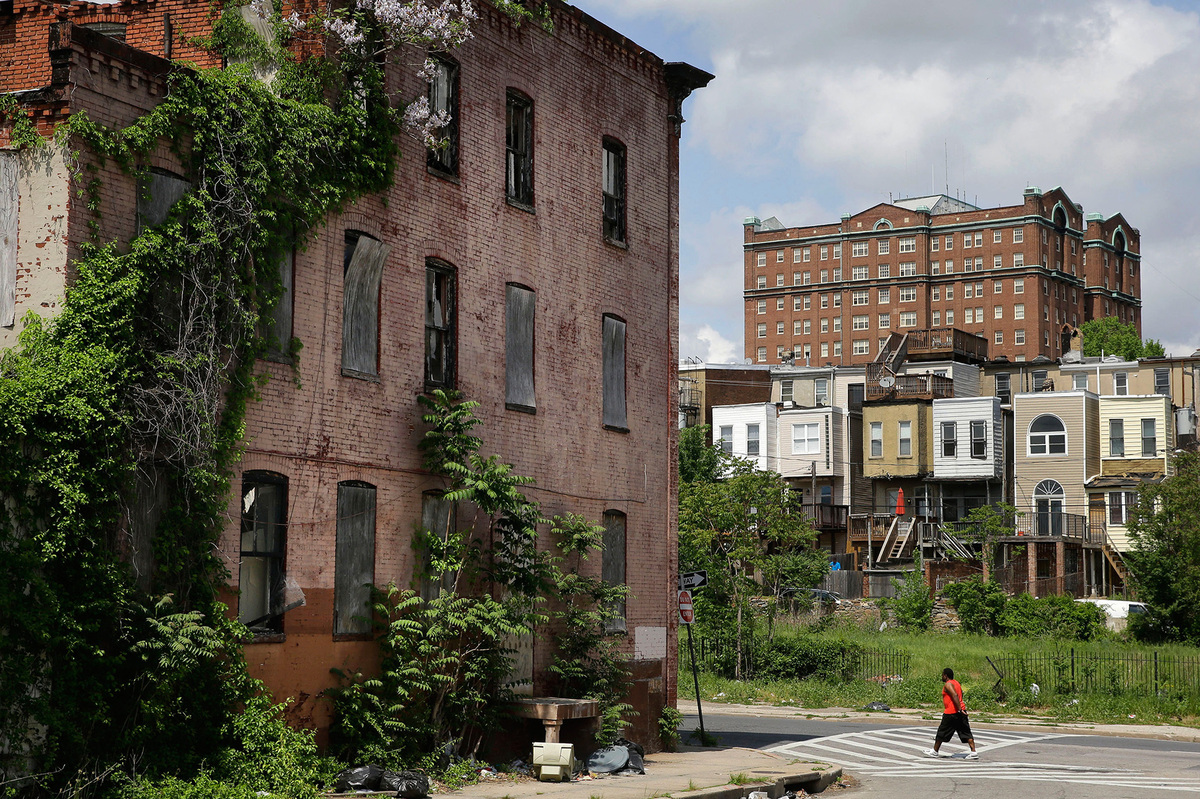 A man walks past a blighted building in the Penn-North neighborhood of Baltimore.

That left us wondering, does everything actually come back to health? If so, what can you accomplish in city government? And can a health commissioner really make a difference?

Starting today, we're going to try to answer those questions. We're following Leana Wen over the coming months as she takes on some of Baltimore's thorniest problems. One thing already clear is that she's in a hurry.

Deputy Commissioner Olivia Farrow, a veteran at the health department, laughs remembering how Wen was holding meetings before she'd even officially started the job.

New to Baltimore, Wen is relying heavily on Farrow and other senior staff to help her navigate the often murky politics of the city. Farrow believes Wen's lack of political experience is a plus.

"There's something about people who come from the outside," she says. "Just their ability to kind of say, 'Hey, let's think about things differently.' A lot of times that can rub people the wrong way. Some people survive that and some people don't." 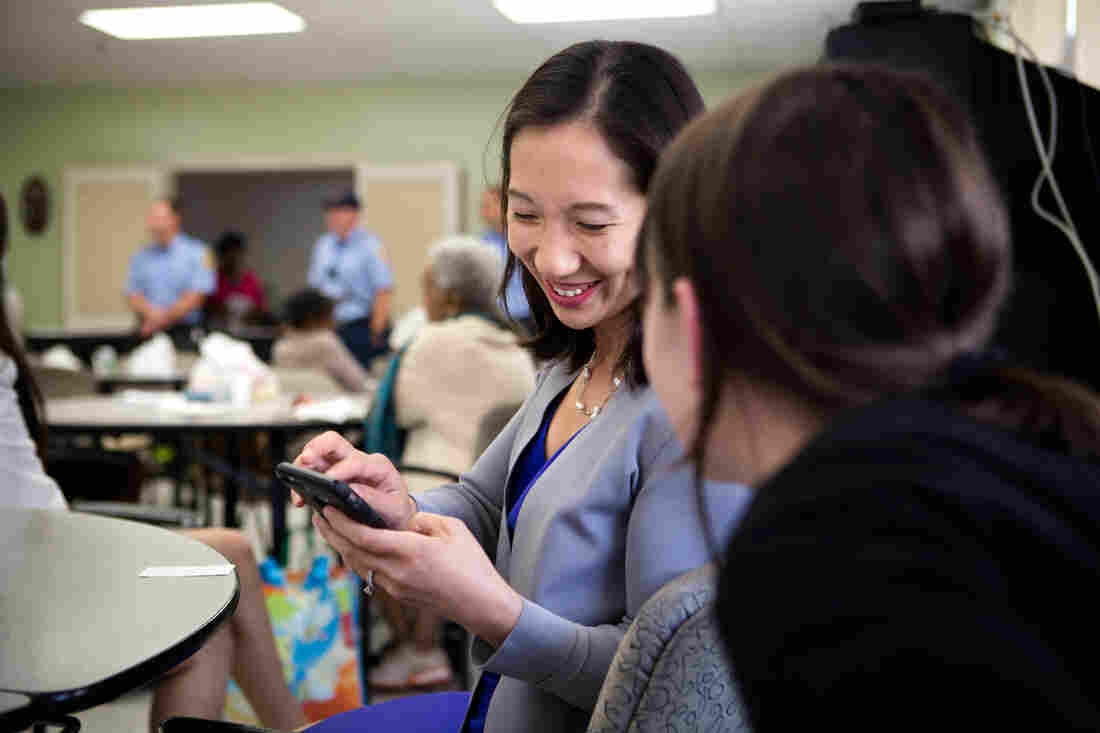 Wen chats with a member of her staff at the Sandtown Winchester Senior Center. Meredith Rizzo/NPR hide caption 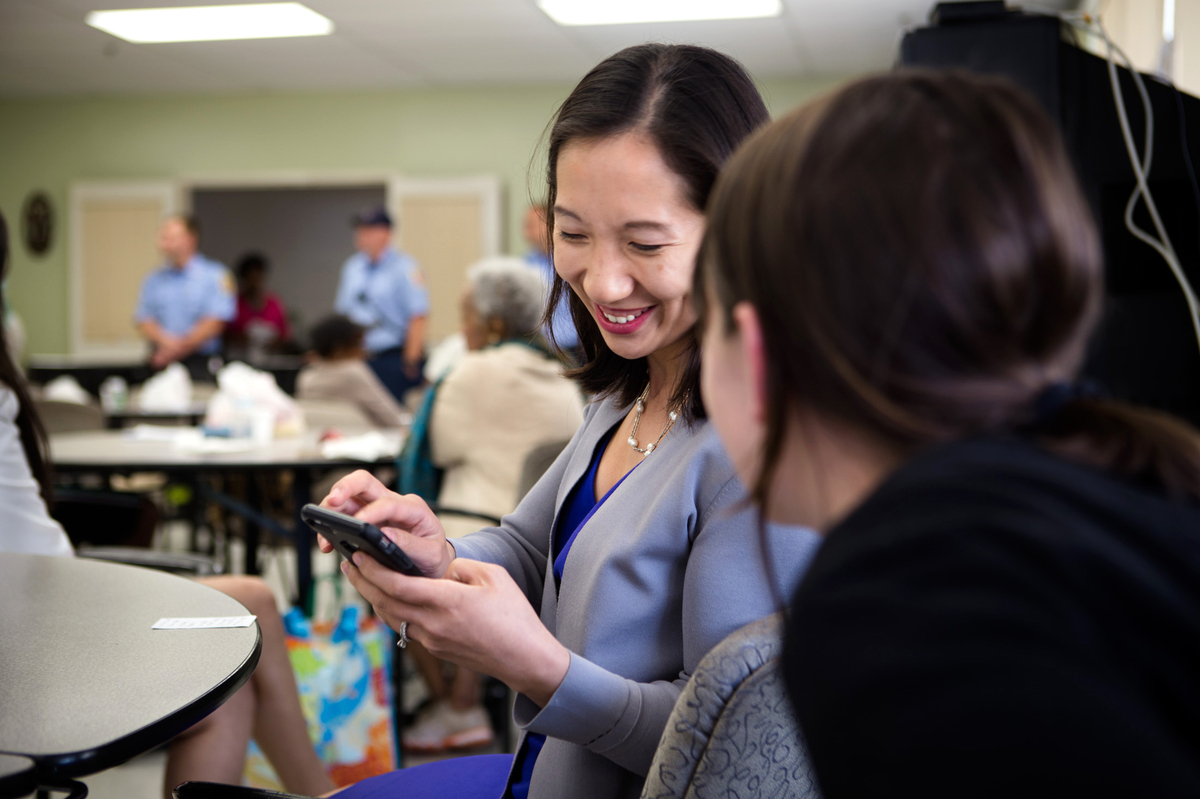 Wen chats with a member of her staff at the Sandtown Winchester Senior Center.

Leana Wen was born in Shanghai and came to the United States at the age of 8. Her parents were Chinese dissidents who sought political asylum here, first landing in Logan, Utah, and a couple of years later moving on to Los Angeles. They lived in Compton and East Los Angeles, neighborhoods Wen describes as not so different from the poorer parts of Baltimore.

As a child, she dreamed of becoming a doctor. She entered college at the age of 13 and majored in biochemistry. After medical school, however, she was confronted by a sad reality. In the emergency room you can resuscitate victims of gun violence and overdose, she found, but you can't prevent them from returning over and over again.

"It is not a satisfying cycle for us to be in, when we're treating problems at the very end of those problems, rather than preventing them from happening in the first place," she recently told her staff. 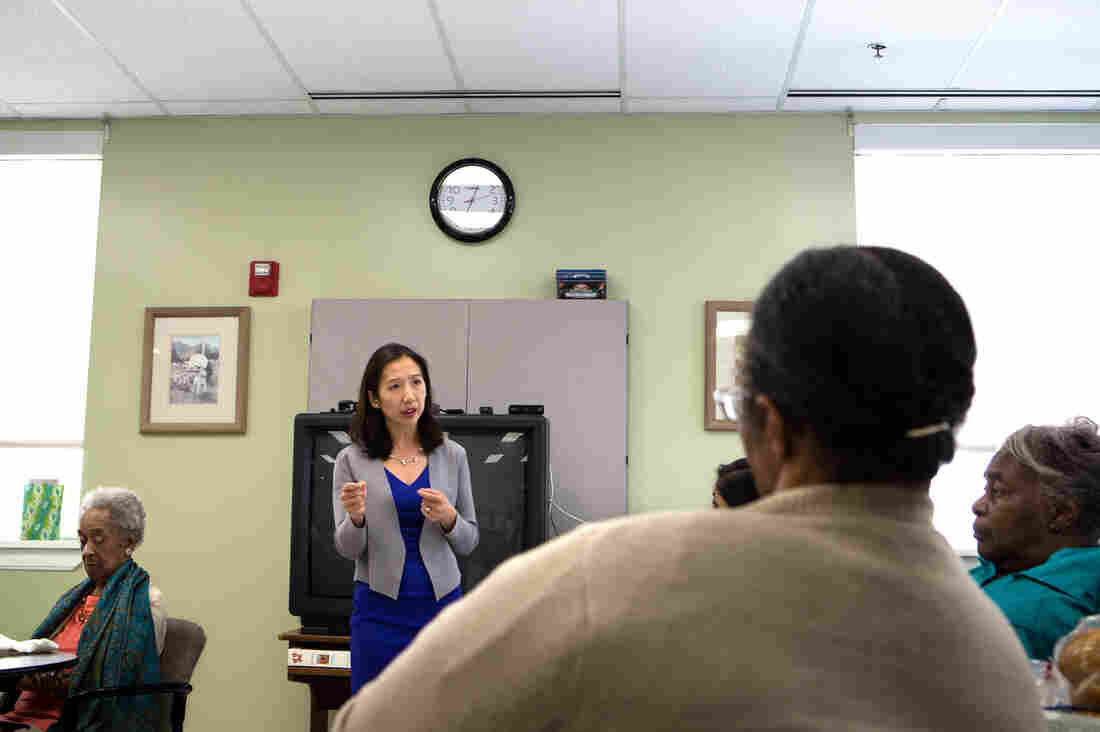 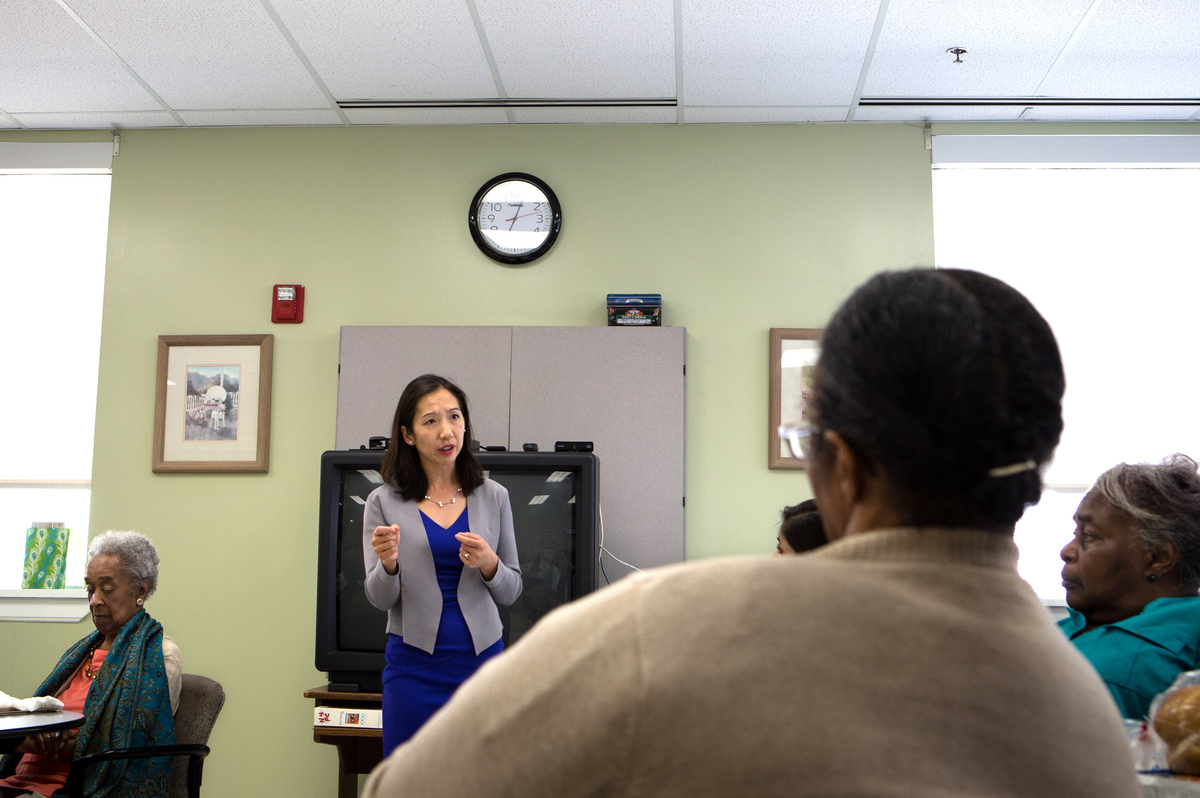 Wen speaks during an ice cream social at the Sandtown Winchester Senior Center in Baltimore on Tuesday.

This summer, homicides in Baltimore have soared to levels not seen in four decades. The heroin epidemic is showing no sign of abating, and throughout the city there is a sense of frustration that no matter what happens, and no matter how many leaders speak out, nothing changes.

So Wen is asking her team to think big, to come up with innovative approaches to these festering problems. She believes that given all the focus on Baltimore since the death of Freddie Gray, this is a rare opportunity to act.

"I don't want that window of opportunity to close for us," she says. "I don't want to be the person who isn't leading us toward this vision at a time that's so critical in Baltimore's history."