Hospitals Turn To Toyota To Make Care Safer And Swifter

Hospitals Turn To Toyota To Make Care Safer And Swifter 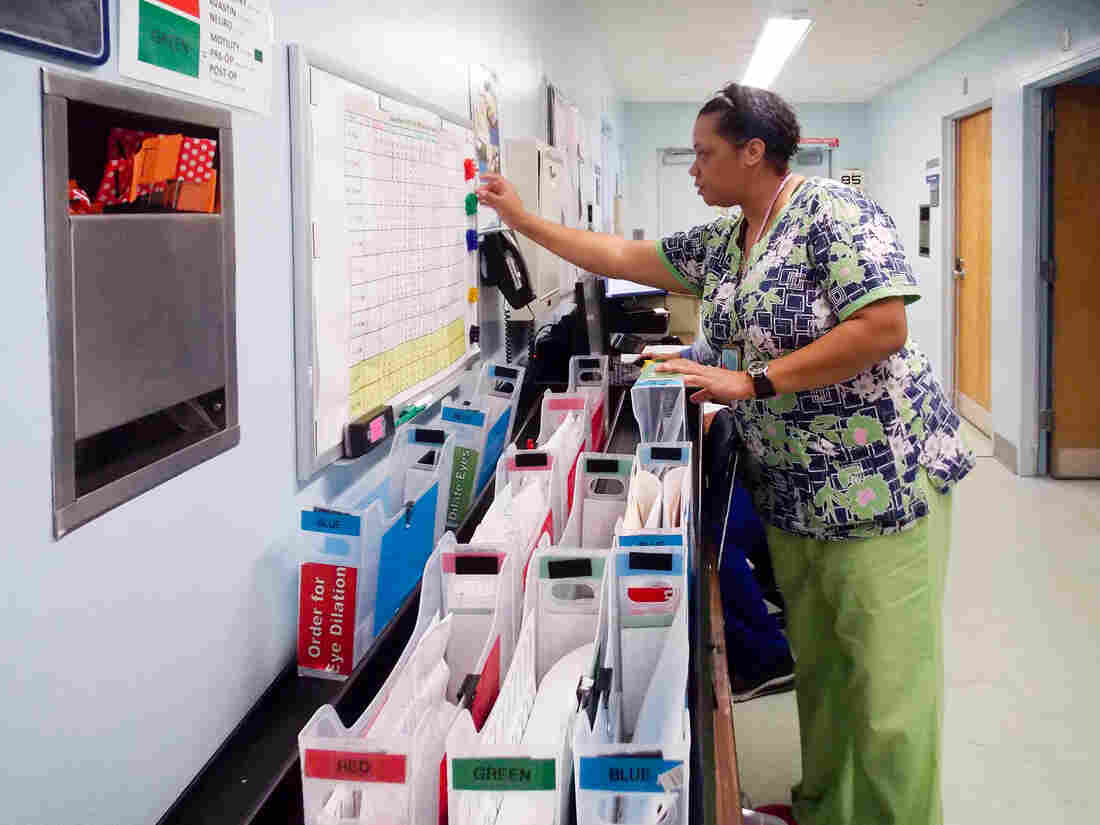 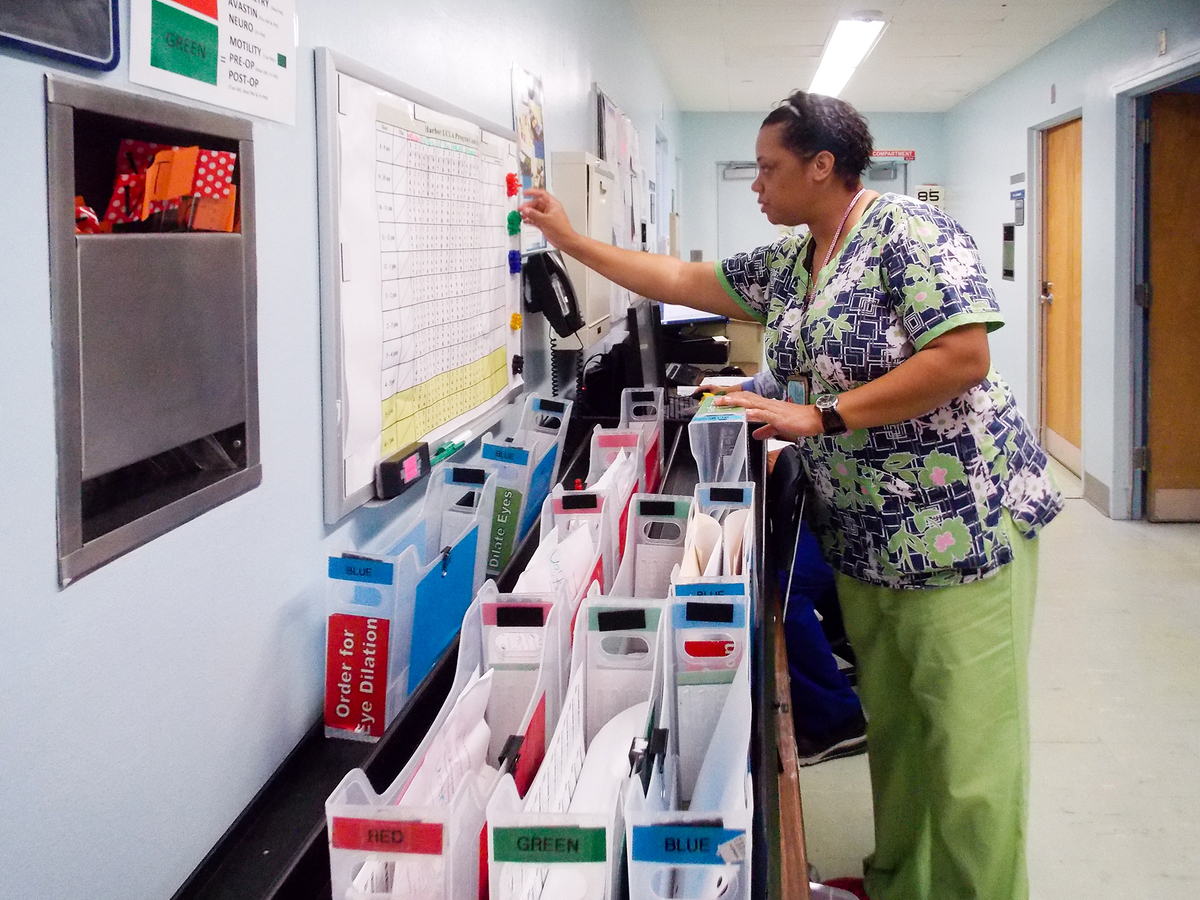 Until recently, nurses at Los Angeles County Harbor-UCLA Hospital had to maneuver through a maze of wheelchairs, beds, boxes and lights to find surgical supplies in the equipment closet for the operating rooms.

But as public hospitals like Harbor-UCLA try to cut costs and make patients happier, administrators have turned to an unlikely ally: Toyota.

They are adapting the carmaker's production system to health care — changing longstanding practices such as how to store equipment, schedule surgeries and discharge patients. The philosophy, known as lean, depends on a continuous team effort to pare inefficiency and improve quality.

By using Toyota's methods as inspiration, the operating room staff at Harbor-UCLA was able to reorganize the closet — giving everything an assigned location and affixing easy-to-read labels — meaning nurses and doctors can now find what they need when they need it. This allows the team to mobilize more quickly.

"It saves time because they don't go looking for things — they know where they are," says Dawna Willsey, a clinical director at the hospital.

Private hospitals in places like Seattle and Wisconsin started using Toyota's system a decade or more ago. But the idea is newer to safety net hospitals — medical centers that historically have served large numbers of poor people. With the Affordable Care Act, these patients are gaining insurance coverage, and safety net hospitals are facing pressure to keep them from going elsewhere for care.

In California and elsewhere, some medical professionals have expressed skepticism that a process used to build cars can be translated into treating patients. Others are put off by the use of Japanese vocabulary in the hospitals' hallways, such as muda (waste) and jidoka (automation with a human touch). Still others doubt whether the changes are sustainable.

DeAnn McEwen, a health and safety specialist with National Nurses United, says lean management reduces nursing to a series of standardized tasks, as if nurses were robots applying nuts and bolts to identical patients.

"The problem with that is patients, of course, are not widgets and nurses are not robots," she says. "And nursing care is not a commodity but a service. It's a process that requires critical thinking and the application of judgment."

Research and experience from around the country, however, has shown that using Toyota's techniques in hospitals has can improve quality and safety for patients, says Kelly Pfeifer, director of high-value care at the California HealthCare Foundation. The foundation helped fund the project at Harbor-UCLA and four San Francisco Bay Area hospitals — San Francisco General Hospital, Contra Costa Regional Medical Center, San Mateo Medical Center and the Alameda Health System.

Changes inspired by the Toyota process have had direct, positive results, such as reducing the time patients spend at the hospital and decreasing medication errors, according to the foundation. They also have saved money. For example, reducing surgery cancellations at the San Mateo hospital saved nearly half million dollars, the foundation says.

Harbor-UCLA happens to be just a few miles from Toyota's U.S. sales headquarters in Torrance. After approaching the car maker for help, Harbor opened an office in 2013 dedicated to kaizen, the Japanese word for continuous improvement and a main tenet of the auto company's philosophy. Now, the hospital has a chief kaizen promotion officer, Susan Black, whose team is working closely with administrators, doctors, nurses, clerks and janitors to streamline and standardize everything it can. 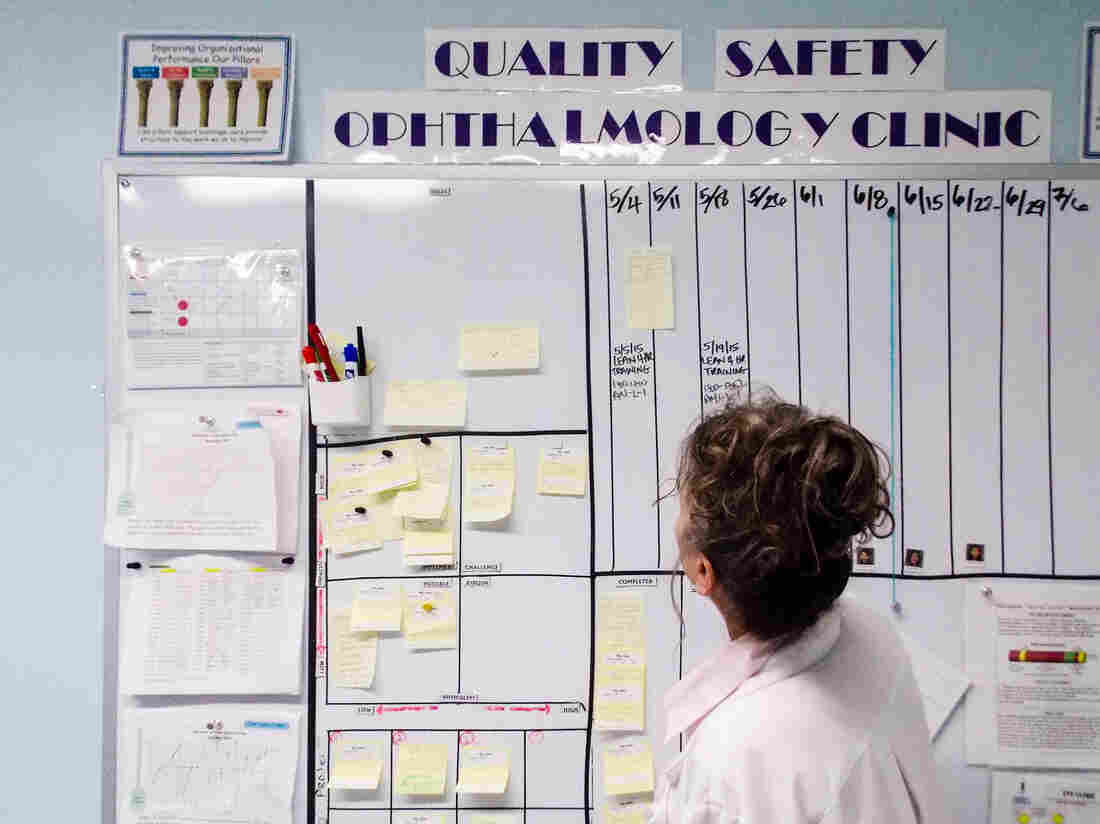 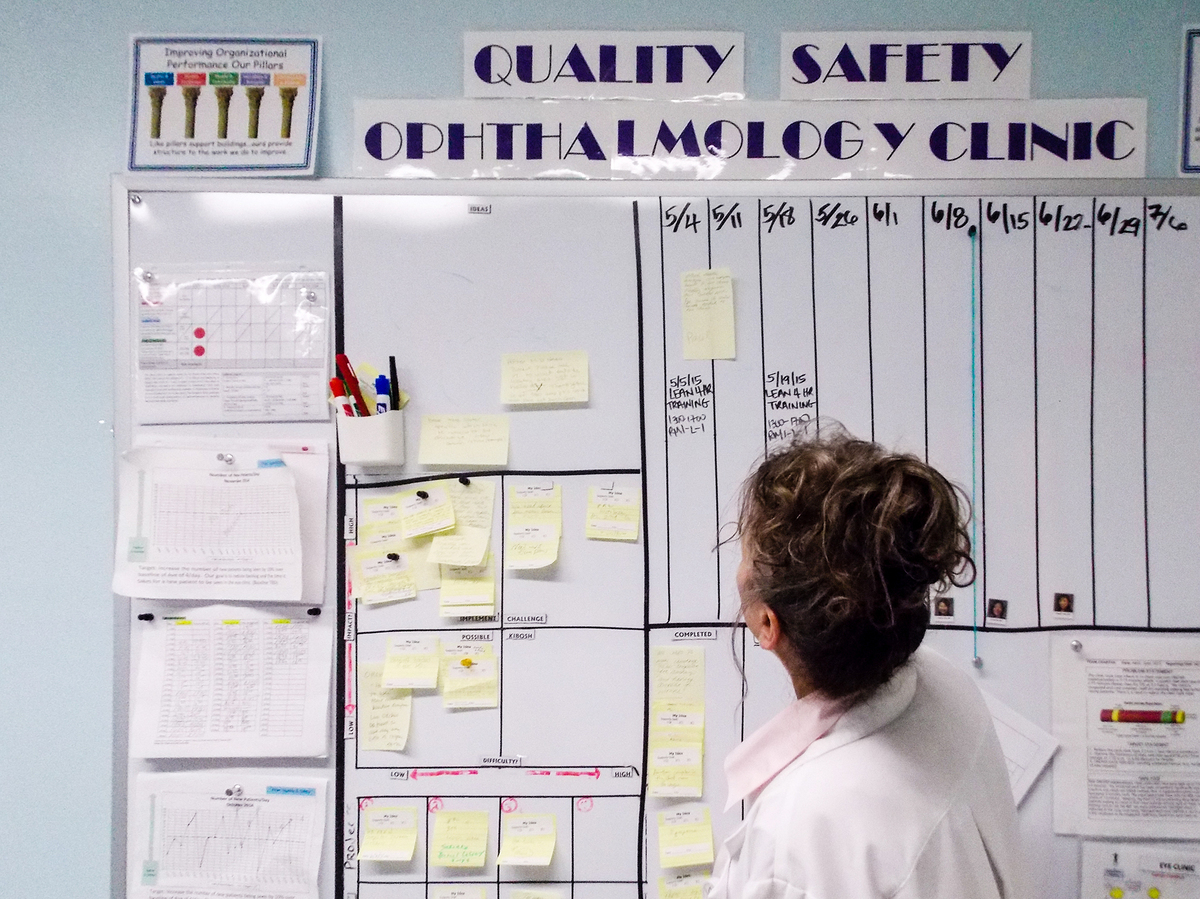 "This is not a flavor of the month," Black says. "We have a real need to do better, to do more, improve our access and do it for less. That is part of our survival."

Toshi Kitamura, a Toyota advisor, says he sees natural parallels between auto production and patient care. Organizing the equipment rooms and supply cabinets is the perfect example, he says.

"There was a clear translation," he says. "Just as in the hospital environment, in our environment ... we need to make sure we have all the tools and materials we need and we need to be able to find them quickly."

Unlike in a car plant, however, Kitamura says saving time can spare people pain and even save their lives.

Toyota officials say their philosophy has been honed over decades of quickly producing high-quality cars. The company's nonprofit arm, Toyota Production System Support Center, now provides consulting services to dozens of manufacturers, which pay a fee, and nonprofits, which don't.

At Harbor-UCLA, the effort started with an overhaul of the outpatient eye clinic. Administrators there say some patients were going blind while waiting for surgeries to be scheduled. And during clinic visits, some had to have their eyes dilated twice because they waited so long to see a doctor.

Working with Toyota, staff members picked up the pace: They created a system of color-coded folders so it became clear what patients were there for and who they needed to see. They stopped sending patients back and forth to the waiting room during their visits. They put a locked box in each exam room with prescription pads and other medications so doctors could spend more time with patients and less fetching what they needed to treat them.

"Before, it was total chaos," says Tracie Bell, a nursing attendant. "We had piles and piles of paper. With this new color-coded system ... it makes it a whole lot easier for us to do our jobs."

Within several months, staffers doubled the average number of new patients seen each day. In addition, the time patients spent at the clinic dropped from 4 1/2 hours to just over two. Surgeries also got scheduled more quickly.

Now, doctors and nurses at the primary care clinic downstairs are in the early stages of adopting Toyota's strategies.