Accessibility links
Eye Shapes Of The Animal World Hint At Differences In Our Lifestyles : Shots - Health News Tigers have round pupils, but domestic cats have vertical slits in the center of their eyes. What gives? A census of the shapes of animals' pupils suggests size and way of life each play a big role. 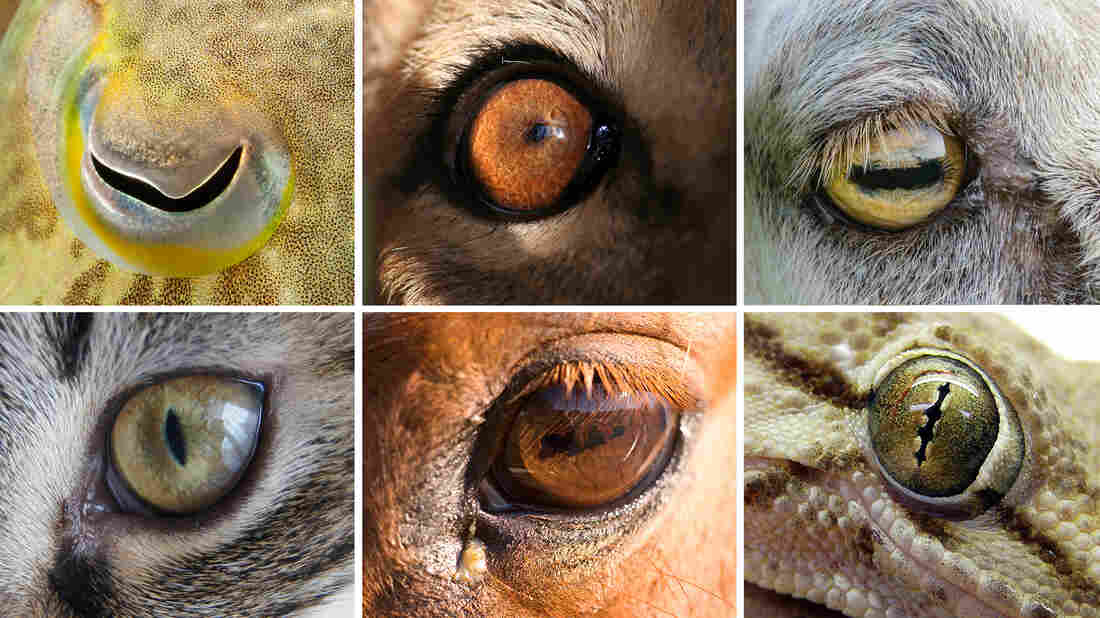 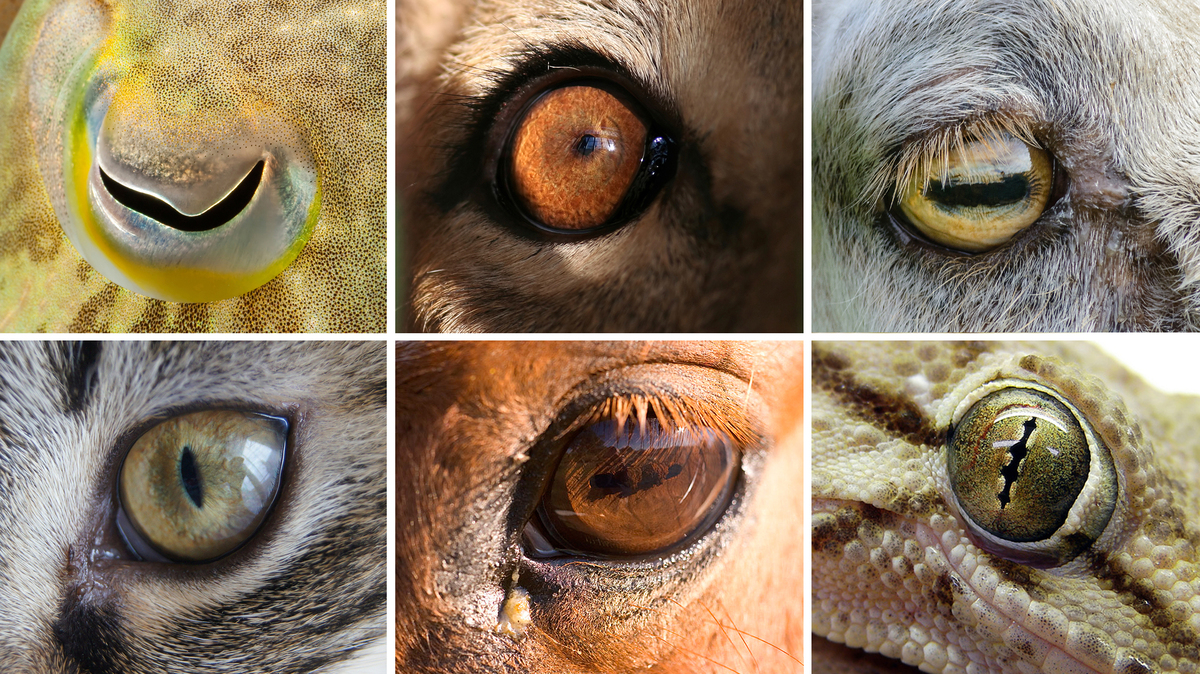 Take a close look at a house cat's eyes and you'll see pupils that look like vertical slits. But a tiger has round pupils — like humans do. And the eyes of other animals, like goats and horses, have slits that are horizontal.

Scientists have now done the first comprehensive study of these three kinds of pupils. The shape of the animal's pupil, it turns out, is closely related to the animal's size and whether it's a predator or prey.

The pupil is the hole that lets light in, and it comes in lots of different shapes. "There are some weird ones out there," says Martin Banks, a vision scientist at the University of California, Berkeley.

Needless to say, scientists want to know why all these different shapes evolved. "It's been an active point of debate for quite some time," says Banks, "because it's something you obviously observe. It's the first thing you see about an animal — where their eye is located and what the pupil shape is."

For their recent study, Banks and his colleagues decided to keep things simple. They looked at just land animals, and just three kinds of pupils. "We restricted ourselves to just pupils that are elongated or not," Banks explains. "So they're either vertical, horizontal or round."

The researchers gathered information on 214 species. They noted the pupil shape and the location of the eyes on the head, plus the animal's lifestyle. For example, was it predator or prey, and active during the day or night?

One of the researchers, Bill Sprague, also at the University of California, Berkeley, says some animals have such dark eyes, it's hard to even see the pupil.

An Akhal-Teke horse, from Turkmenistan, has horizontal slits for pupils, while the Mediterranean house gecko has vertical slits that look like a series of pinholes. Wikimedia hide caption

"I remember one in particular was the hyena," says Sprague. "It actually has a vertical pupil but it's very difficult to judge unless you work with them."

When they pulled everything together, a clear pattern emerged. In the journal Science Advances, the scientists report that there's a strong link between the shape of an animal's pupil and its way of life.

"If you have a vertical slit, you're very likely to be an ambush predator," says Banks. That's the kind of animal who lies in wait and then leaps out to kill. He says these predators need to accurately judge the distance to their prey, and the vertical slit has optical features that make it ideal for that.

But that rule only holds if the animal is short, so its eyes aren't too high off the ground, Sprague says.

"So for example foxes, in the dog lineage, have vertical pupils, but wolves have round pupils," he says.

And while a small pet cat has vertical slits, Sprague says, "the larger predators, like lions and tigers, have round pupils."

In general, round pupils seem to be common in taller hunters that actively chase down their prey, says Banks.

Meanwhile, he says, if you're the kind of animal that gets hunted, "you're very likely to have a horizontal pupil" and to have your eyes on the side of your head. That makes sense, he says, because it gives prey animals a panoramic view, so they can best scan all directions for danger.

But then the scientists began to wonder. This trick would only work if the animal's pupils were parallel with the horizon. And creatures like horses and sheep are constantly pitching their heads down to graze. When the researchers went to watch the animals in action, they discovered something unexpected.

"When they pitch their head down, their eyes rotate in the head to maintain parallelism with the ground," says Banks. "And that's kind of remarkable, because the eyes have to spin in opposite directions in the head."

"I've spent a lot of time handling horses, and having them put their head down to eat, and up to look around, and so on, and I had never noticed this," says Jenny Read, a vision scientist at Newcastle University in the United Kingdom. "It's just an ordinary observation that anyone could make, and yet apparently it wasn't known to science."

Read wasn't on the research team, but she says its conclusions seem right to her. "I think they're the first people to come up with a convincing explanation," she says, "for why the orientation should be chosen differently depending on your ecological niche."

Now, all of this isn't just important to scientists. Novelists and movie-makers constantly have to imagine the pupil shape of fictional creatures like Lord Voldemort in Harry Potter, or the dinosaur Indominus Rex in Jurassic World.

Giving their eyes vertical slits may make them look nice and evil, but Read says "I think their paper suggests that's unrealistic, because both of those creatures are sufficiently high off the ground that they probably should have round pupils."