Accessibility links
Workout Supplements Can Be A Health Risk For Men : Shots - Health News We're not talking steroids here; we're talking about the stuff you can buy at the supermarket. They're not dangerous in themselves. But overuse can signal emotional or physical problems. 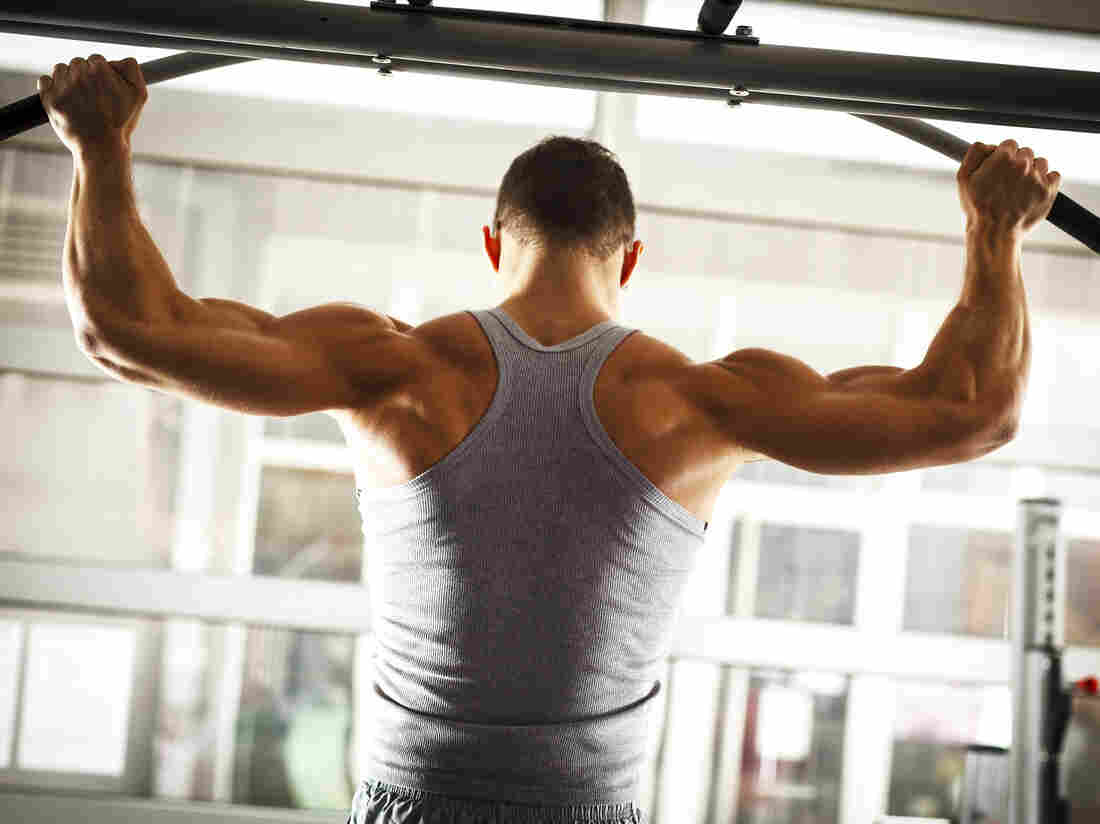 Turning to over-the-counter supplements to get ripped can contribute to physical and psychological issues. iStockphoto hide caption 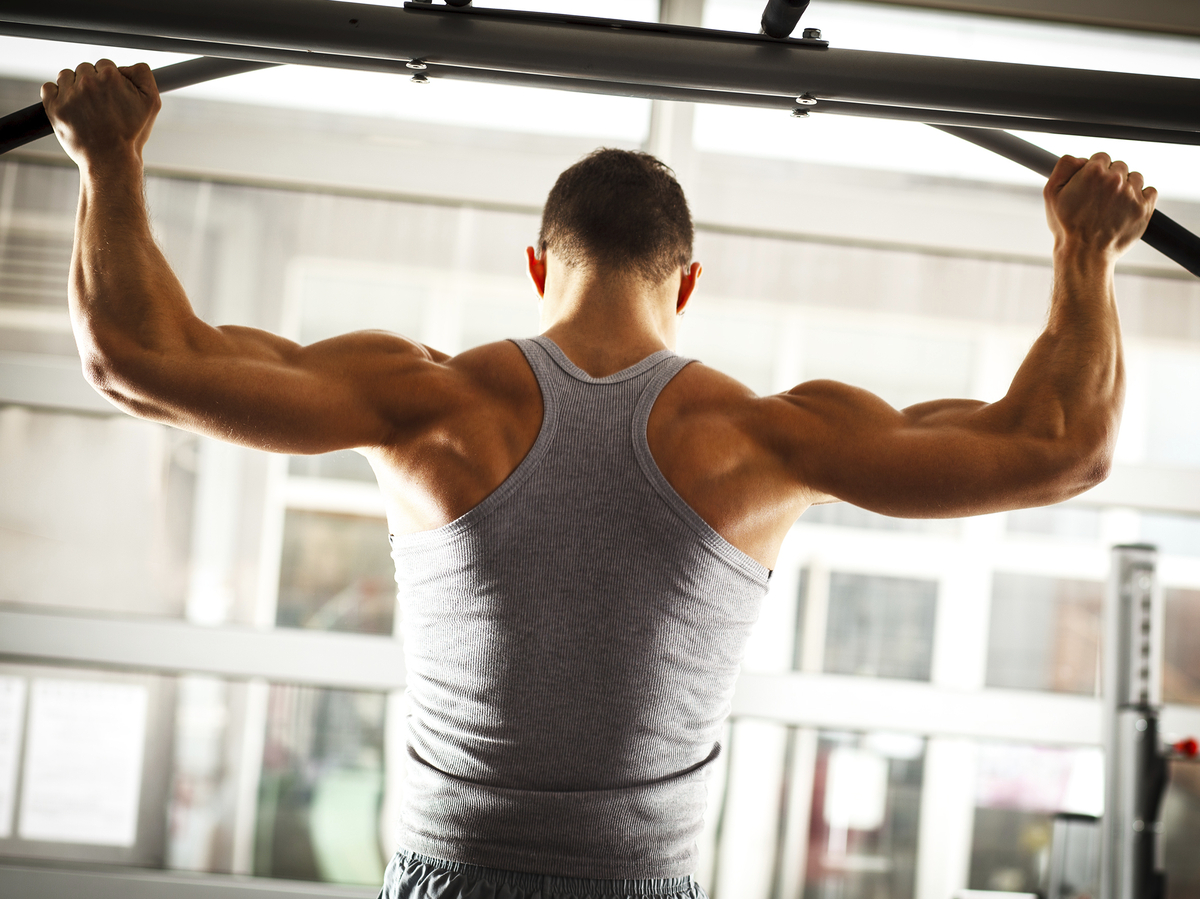 Turning to over-the-counter supplements to get ripped can contribute to physical and psychological issues.

Men who work out may be using legal over-the-counter supplements to the point that it's harming their emotional or physiological health, according to a recent study.

The preliminary study, presented Thursday at the American Psychological Association's annual convention, recruited 195 men ages 18 to 65 who went to the gym at least twice a week and regularly consumed legal appearance- or performance-enhancing supplements — things like whey protein, creatine and L-carnitine.

Participants answered questions about their supplement use as well as their self-esteem, body image, eating habits and gender roles.

"The heyday for illicit supplements for the average man is over," says Richard Achiro, lead author of the study and a registered psychological assistant at a private practice in Los Angeles. "The bulky Arnold Schwarzenegger and Sylvester Stallone are not what most men are seeking to achieve now. They want to be both muscular and lean, and it makes sense that [legal supplements] are what they're using or abusing."

Forty percent of participants, who were all men, increased their supplement use over time, while 22 percent were replacing regular meals with dietary supplements. Eight percent of participants were told by their physician to cut back on supplement use because of health side effects, and 3 percent were hospitalized for related kidney or liver problems, which can be caused by excessive use of protein powders and other supplements.

Achiro is no stranger to the culture of workout supplements. His interest was piqued when he noticed throughout college and graduate school how common it was for his male friends to use supplements before or after workouts.

"It became more and more ubiquitous," Achiro says. "Guys around my age who I knew — I'd go to their apartment and see a tub of some kind of [protein] powder."

Not to mention that this has become a multibillion-dollar industry that's grown exponentially in the recent decade or so, he adds.

Achiro was surprised to find that most studies focused on illicit supplements such as hormones and steroids and gave little thought to the role of legal supplements, which are readily available at supermarkets and college bookstores.

One big factor behind supplement use is body dissatisfaction, the study found. The men internalize a particular set of cultural standards of attractiveness usually depicted by the media: healthy, muscular and lean, "like Zac Efron," says Achiro. And they're unhappy that their own bodies don't meet that ideal.

But the study also found that the men using supplements were more likely to feel gender role conflict, which Achiro explained as underlying insecurity about one's masculinity.

"This isn't just about the body," Achiro says, "What this is really about is what the body represents for these men. It seems that the findings in part [show] this is a way of compensating for their insecurity or low self-esteem."

Abusing whey protein and the like can also put gymgoers at risk for other health problems such as body dysmorphic disorder, also known as muscle dysmorphia, and related body image disorders.

"Body dysmorphic disorder used to be referred to as reverse anorexia," Leigh Cohn, a spokesman for the National Eating Disorder Association, says.

"Someone with anorexia will feel they need to continue to get thinner and lose weight. With bodybuilders, they act in the same kind of manner. They acknowledge that they're ripped, but are obsessed with certain body parts that they find inadequate. This drive for muscularity preoccupies them. Supplements serve them the same way diet products serve someone with an eating disorder," Cohn says.

For people affected by body dysmorphic disorders, this constant and compulsive behavior takes over their lives — they are constantly body-checking and can be unhappy, dissatisfied, or have low self-esteem.

"Think about competitive athletics on the high school and college level. Lots of these guys are encouraged by coaches and trainers to take these supplements," says Cohn. "This isn't thought of as a negative behavior but can have negative consequences."

The silver lining, Achiro points out, is that 29 percent of study participants knew that they had a problem of overusing supplements. But they might not be aware of possible underlying psychological factors.

"Guys think taking supplements is healthy, [they're] convinced it's good for them, [it's] giving them all kinds of nutrients they wouldn't be getting otherwise," says Cohn. "[This is] ignorance about what proper nutrition is."

It's also not unusual for people diagnosed with body dysmorphic disorder or its characteristics to also have a high incidence of depression, anxiety and alcoholism, Cohn adds.

Although the research is preliminary and has yet to be peer-reviewed, Achiro hopes his research puts the issue on the map and encourages researchers to replicate his work.

"This is just the very beginning. There're still tons to look at," he says.