Accessibility links
Not Everybody Likes Kissing : Shots - Health News A passionate kiss may make you swoon, but many cultures don't do it, anthropologists say. And some cultures find such lip locks downright disgusting.

Not Everybody Likes Kissing

Not Everybody Likes Kissing 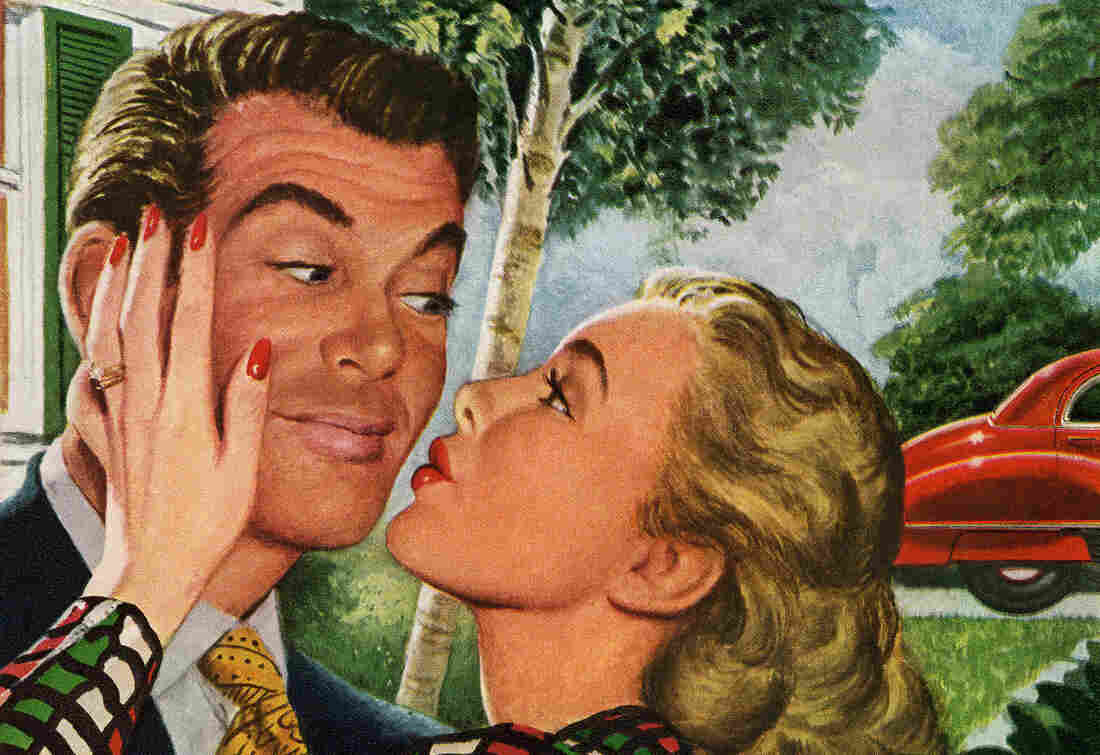 What is in that kiss, anyway, beyond the 80 million bacteria? GraphicaArtis/Corbis hide caption 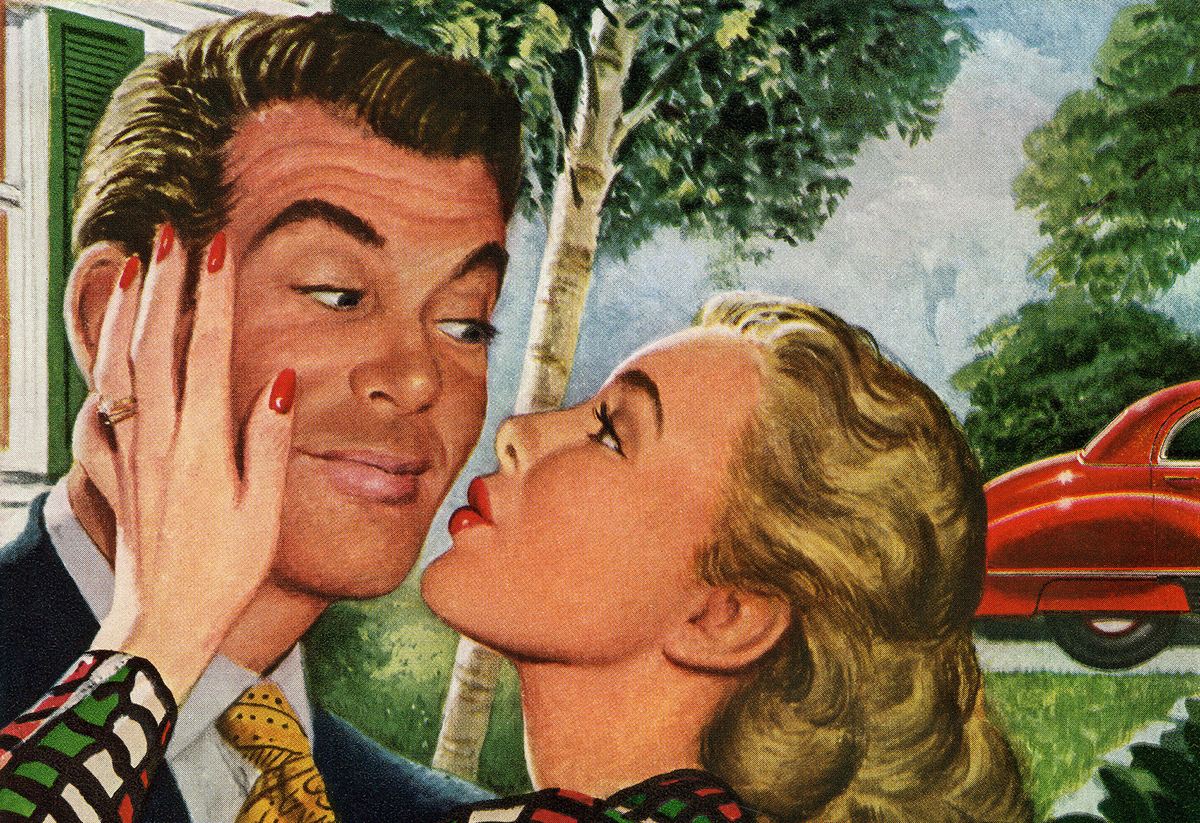 What is in that kiss, anyway, beyond the 80 million bacteria?

The music swells. On-screen, the two main characters' eyes meet. They lean in, and — slowly! — their lips gently press in a romantic kiss. All the teenage girls in the audience exhale audibly.

Such on-screen behavior seems romantic if you were raised in a culture that practices romantic kissing. But that type of culture may not be the majority. In a study published this month in American Anthropologist, researchers propose that romantic kissing isn't something everybody does; in fact, not even half the cultures surveyed lock lips in romance.

Scientists have at least a couple of ideas about why we kiss people we are attracted to. We might be doing it to evaluate a potential mate, evolutionary biologists say, or to maintain a bond, or to arouse the other person. Kissing behaviors have been observed in chimpanzees and bonobos, though how romantic the animals were feeling at the time is unknown.

For a long time it was assumed that, whatever the reason, kissing was something people everywhere did. But according to study author William Jankowiak, an anthropologist at the University of Nevada, Las Vegas, few people have looked across cultures at romantic kissing.

Jankowiak and his colleagues looked at data compiled from decades of ethnographic studies of all sorts in more than 168 cultures. He and his team searched for mentions or observations of a romantic-sexual kiss, which they defined as "lip-to-lip contact that may or may not be prolonged." The researchers found that in 54 percent of the cultures studied, there was no record of romantic-sexual kissing.

"It does seem to be a human universal that adults kiss babies or small children," Jankowiak says. But kissing a partner on the lips? Some cultures find that repulsive.

"Some of these people never go to the dentist," Jankowiak says. "They never brush their teeth." Maybe, he suggests, in some cultures people who don't swap spit survive better because they're less likely to get sick.

Brushing teeth is variable within every culture, of course, and no panacea. Research published last fall suggests that about 80 million bacteria can be exchanged in a passionate kiss that lasts more than 10 seconds.

Jankowiak cites a famous quote from an anthropologist studying the Thonga in Africa. The first time the Thonga people saw Europeans kissing, they were disgusted. "They eat each other's saliva and dirt!" the locals reportedly said.

Still, Robin Dunbar, a professor of evolutionary psychology at the University of Oxford, says he suspects many more cultures engage in passionate kissing than Jankowiak's analysis suggests.

"To be a fair test of the hypothesis," he tells Shots via email, "we have to assume that the ethnographers who compiled the [data] always recorded kissing when it happened." But there are a couple of reasons why they may not have done so. To record romantic kissing, Dunbar says, the researchers would have had to either see people kissing, or hear them talk about it. He questions whether a private act such as kissing would be performed in public view.

In addition, Dunbar says, "most sociocultural anthropologists simply haven't been interested in kissing, period." So they wouldn't have recorded its presence or noted its absence.

Jankowiak says he sees Dunbar's point, but doesn't agree. Since sexuality in humans is something that's done in secret, it's indeed tough to know conclusively that kissing wasn't happening behind closed doors. But, he says, this study wasn't based solely on historical data. His team gathered additional information through interviews with living ethnographers.

"If we did not have the live interviews," he says, "I think the finding would be much more vulnerable."

Some of the researchers interviewed for his analysis, Jankowiak says, have explicitly asked the people they studied about sex. One ethnographer told Jankowiak that "people told him the position they were in when they had sex and that they would nibble each other's eyebrows." But when asked about kissing, they said the equivalent of, "Gross!"

Maybe an appreciation for a kiss as passionate communication is more widespread than his analysis suggests, Jankowiak says. But it's pretty clear that not everyone finds kissing romantic.