Accessibility links
Chatty Marmosets Have Something To Say About Vocal Learning : Shots - Health News Scientists have found that marmosets have the capability to learn calls from their parents. Studying the small monkeys may provide insights into developmental disorders in humans, like autism. 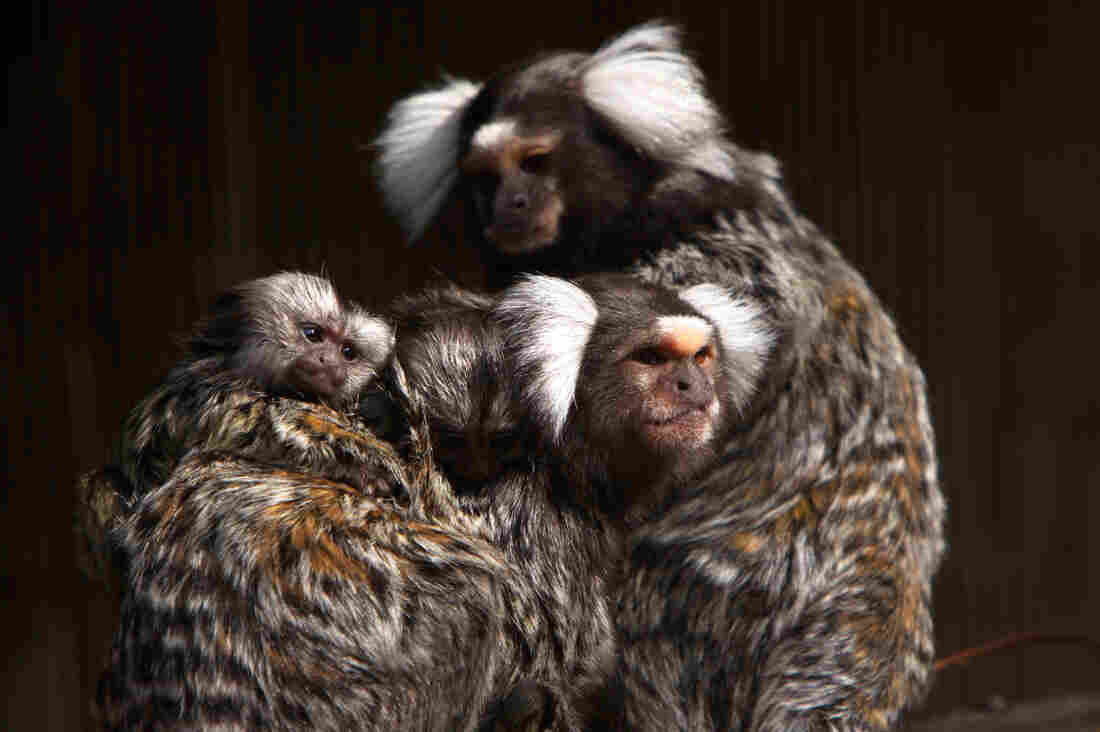 Common marmosets can copy the sounds and intonations of their parents. iStockphoto hide caption 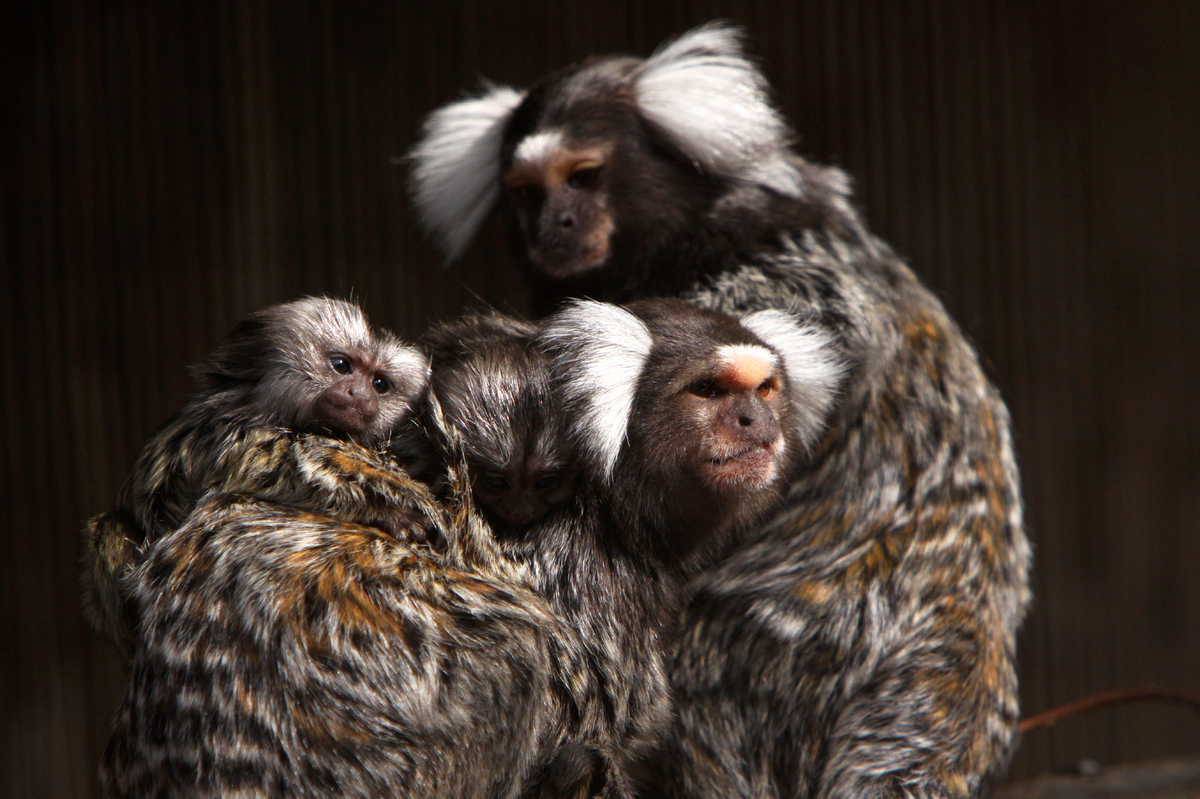 Common marmosets can copy the sounds and intonations of their parents.

Learning to make sounds by listening to others is a skill that helps make us human.

But research now suggests a species of monkey may have evolved similar abilities.

Marmosets have the capacity to learn calls from their parents, according to research published Thursday in the journal Science. The results mean that studying marmosets might provide insights into developmental disorders found in humans. It also suggests that vocal learning may be more widespread than many researchers thought.

Many animals can link sounds with meaning. Dogs respond to simple calls; chimpanzees can even communicate with people using sign language. But the ability to hear a sound and mimic it is possessed by only a small number of species: primarily song birds and humans.

"We didn't think that mammals and primates in particular — besides us — had any type of vocal learning," says Asif Ghazanfar, a neuroscientist at Princeton University who led the new study.

Enter the small, adorable common marmoset. These fuzzy South American primates look more like squirrels than a monkey. "They're cute, and they smell. They wash themselves in their own urine," Ghazanfar says. "I'm not sure why they do that."

But once you get over the stink, these little guys are interesting. Marmoset mommies always give birth to twins and they need help rearing them. So, unlike many mammal species, fathers lend a hand, along with siblings and other community members.

Ghazanfar thinks all that child care is what gives marmosets another special trait: They're super talkative.

"They're chattering nonstop," he says. "That is also very different from our close relatives the chimpanzees."

Ghazanfar wanted to see if all that yammering was being taught from parents to babies. So, his group devised an experiment. The team took marmoset babies and separated them from their parents for short periods of time. Then researchers put the parents behind a barrier to see how the two would communicate.

They found that when parents responded to an infant's call with mature marmoset call, the infants learned the mature calls more quickly. In other words, the marmosets were learning vocalizations through imitation.

Jarvis thinks the learning displayed by marmosets is much more primitive than what song birds and people can do. This new work suggests there's a continuum of learning to mimic sounds, Jarvis says.

Both researchers agree that studying marmosets could help humans. Because they're more closely related to our species than birds, they could provide special insights into developmental disorders involving communication, such as autism.