Accessibility links
High Cost Of Diabetes Drugs Often Goes Overlooked : Shots - Health News Cost increases for both old and new diabetes drugs are forcing many patients to scramble to pay for them. 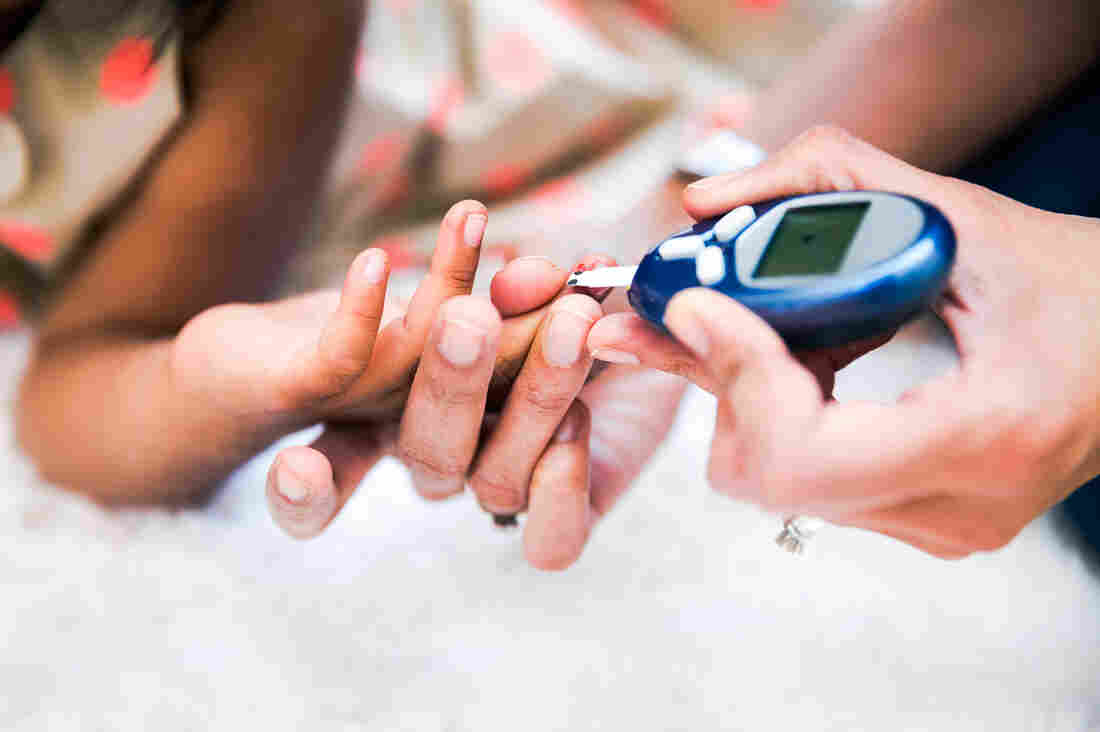 After the blood sugar check, it may be time for a diabetes medicine whose price has jumped. iStockphoto hide caption 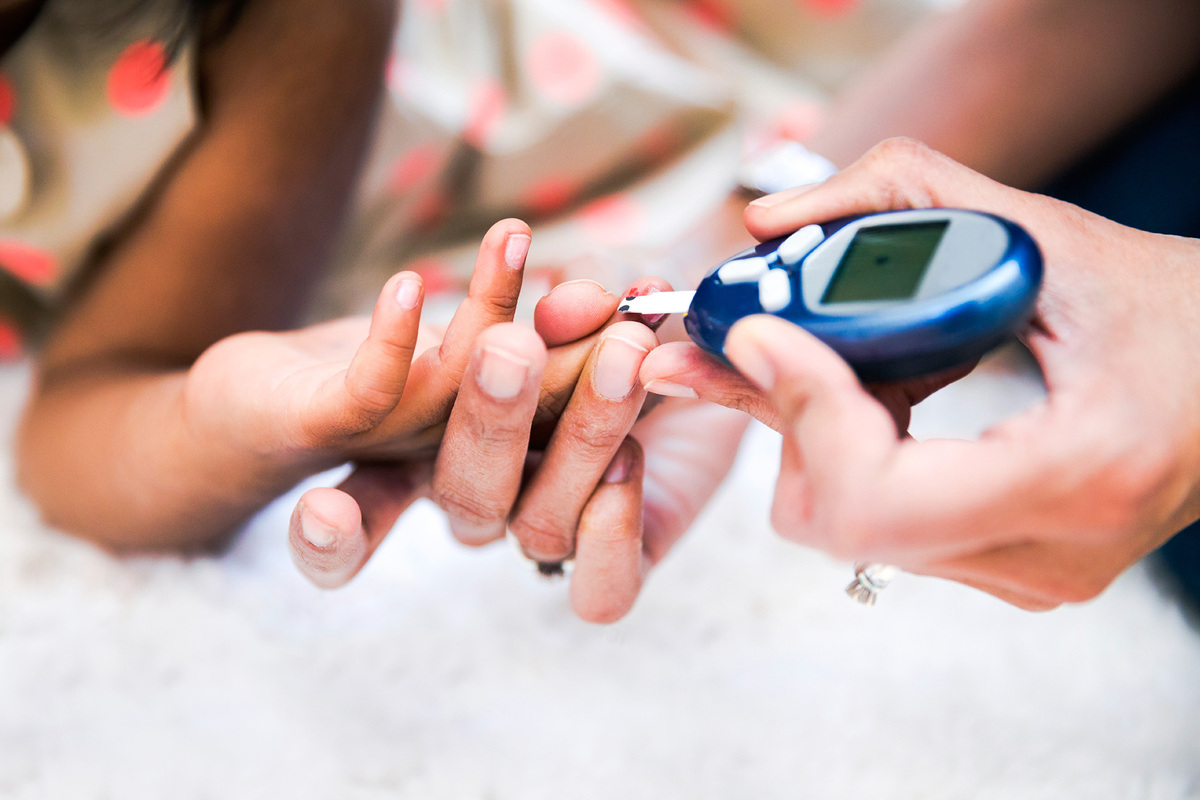 After the blood sugar check, it may be time for a diabetes medicine whose price has jumped.

Yet an estimated 29 million people in the U.S. have diabetes — about 10 times the number of people with hepatitis C — and many of them will take diabetes drugs for the rest of their lives. Cost increases for both old and new drugs are forcing many to scramble to pay for them.

"Every week I see patients who can't afford their drugs," says Dr. Joel Zonszein, an endocrinologist who's director of the clinical diabetes center at Montefiore Medical Center in New York City.

Although some of the top-selling diabetes drugs like metformin are modestly priced generics, new brand-name drugs continue to be introduced that act in different ways to control blood sugar. They may be more effective and have fewer side effects, but the advances come at a price.

For the fourth year in a row, per person spending on diabetes drugs in 2014 was higher than it was for any other class of traditional drug, according to the Express Scripts 2014 drug trend report. Fewer than half of the prescriptions filled for diabetes treatments were generic.

"The cost of diabetes treatment has been increasing pretty rapidly," says Dr. Glen Stettin, senior vice president for clinical, research and new solutions at Express Scripts, which manages the pharmacy benefits for many companies.

An analysis of per capita health care spending in 2013 for people with diabetes found average costs were $14,999, roughly $10,000 higher than the average $4,305 in per capita spending for people without the disease. The study by the Health Care Cost Institute examined the health care claims of nearly 40 million people under age 65 who had employer-sponsored insurance with one of three large insurers.

Insurers and pharmacy benefit managers have increasingly devoted resources toward managing patients' prescription drugs. Requiring patients to try an older, cheaper drug before approving a newer one is common practice as are rules that require providers to get approval before prescribing pricey drugs.

Diabetes occurs when the body can't control the amount of sugar in the blood because of problems making or responding to the hormone insulin. High levels of blood sugar can cause damage to the heart and blood vessels, nerves, kidneys, eyes and feet, among other things.

About 90 percent of people who have diabetes have type 2 diabetes, which is linked to lifestyle factors such as obesity and inactivity. Type 1 diabetes, once called juvenile diabetes, commonly develops among children.

Insulin was considered a wonder drug when it was discovered in 1921. It remains a mainstay of treatment for millions of patients, and yet decades after its introduction there are still no generic forms of insulin available.

And while it's true that the lack of generic insulin has hindered price competition for the key diabetes medicine, some readers and listeners of an earlier NPR story on insulin prices pointed out that Wal-Mart pharmacies carry a house brand of insulin that costs about $25 a vial.