Accessibility links
Snooze Alert: A Sleep Disorder May Be Harming Your Body And Brain : Shots - Health News A lack of sleep can increase the risk of traffic accidents, heart attacks, diabetes and maybe even Alzheimer's disease, research suggests. Yet most people with sleep disorders don't get treatment.

It's time for consumers to wake up to the risks of sleep disorders, scientists say.

More than 50 million adults in the U.S. have a disorder such as insomnia, restless leg syndrome or sleep apnea, according to an Institute of Medicine report. And it's now clear that a lack of sleep "not only increases the risk of errors and accidents, it also has adverse effects on the body and brain," according to Charles Czeisler, chief of the division of sleep and circadian disorders at Brigham and Women's Hospital in Boston.

Research in the past couple of decades has shown that a lack of sleep increases a person's risk for cardiovascular disease, diabetes, infections and maybe even Alzheimer's disease. Yet most sleep disorders go untreated. 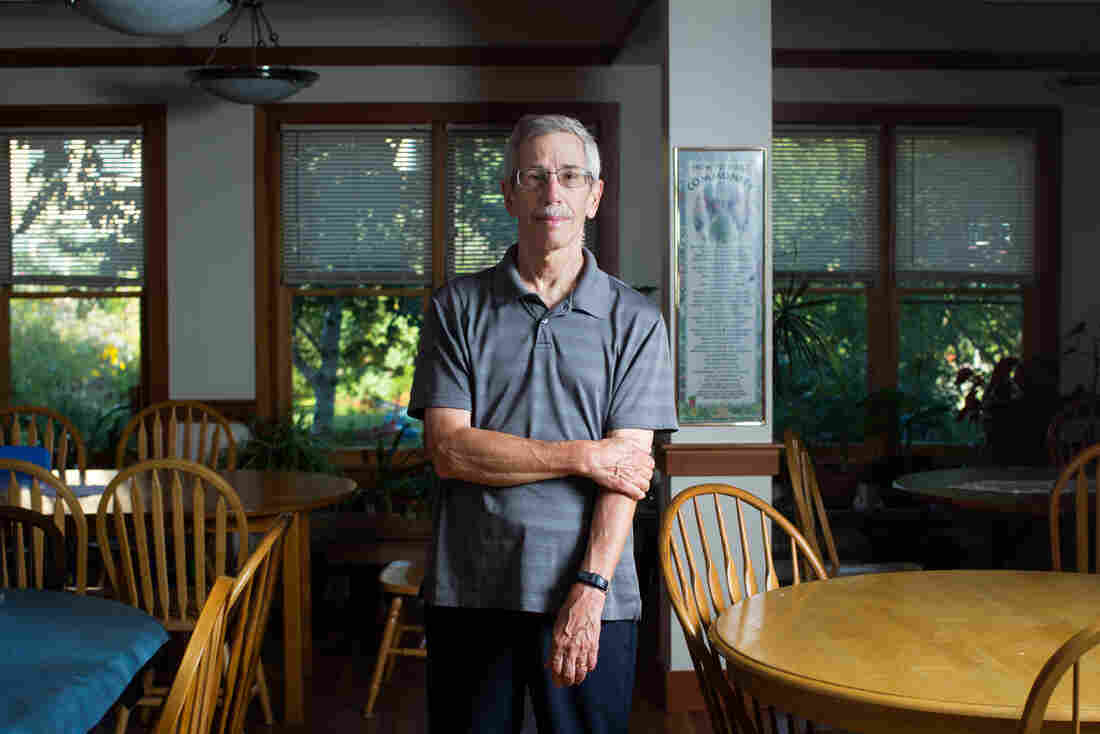 Michael Arnott, of Cambridge, Mass., says he used to have trouble staying awake on long drives. Sleep specialists discovered he has obstructive sleep apnea, though not for the most common reasons — he isn't overweight, and doesn't smoke or take sedatives. M. Scott Brauer for NPR hide caption 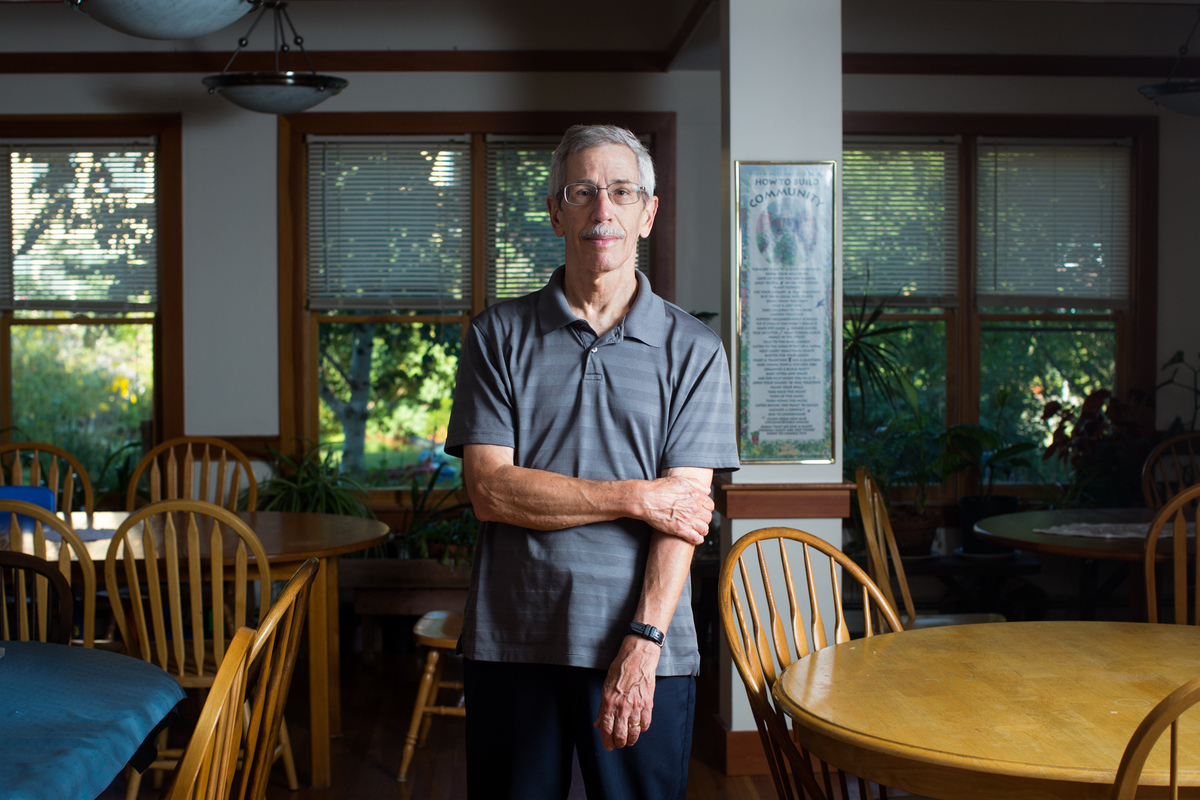 Michael Arnott, of Cambridge, Mass., says he used to have trouble staying awake on long drives. Sleep specialists discovered he has obstructive sleep apnea, though not for the most common reasons — he isn't overweight, and doesn't smoke or take sedatives.

Michael Arnott, who is now 67, began having sleep problems in his 50s, he says. As a result, he often found himself having trouble staying awake during long drives on the Massachusetts Turnpike.

"I would get groggy and feel like I've got to keep talking, open the window," Arnott says.

His wife, Mary White, says being a passenger on those drives could be scary.

"All of a sudden there'd be a change in the speed and I'd look over, and his eyes would be starting to close," she remembers.

White thought her husband might have sleep apnea, which interferes with breathing. But Arnott was in denial. He figured he was free of most risk factors for apnea. He wasn't overweight, he didn't smoke or take sedatives, and he has always stayed in great shape.

So his wife took the initiative. "I asked him to see a doctor and he wouldn't," she says. In 2012, though, White persuaded him to take part in a sleep research study that paid for his participation, and took place at a sleep lab in Boston, not too far from the couple's home in Cambridge.

Doctors found a couple of problems. "I've got what they call moderate obstructive sleep apnea," Arnott says. He also has a form of restless leg syndrome that causes him to kick during sleep.

Those conditions, along with his tendency to stay up late and wake up early, meant he wasn't getting enough quality sleep. And research in the past couple of decades has shown that's a problem even if you're not nodding off on the Massachusetts Turnpike.

Much of that research was done in the same sleep lab at Brigham and Women's Hospital where Arnott was diagnosed. The lab includes rooms that are completely isolated from the light, sounds and even vibrations of the outside world. As study participants sleep in these rooms, their brain waves, respiration, oxygen levels and other signs can be monitored from a central control room.

In highly controlled environments like this one, Czeisler and other researchers have shown that sleep affects everything from blood pressure to memory to metabolism.

"Within 2 1/2 weeks we can take someone who is young, healthy and fit and put them in a pre-diabetic state just by putting them on an irregular schedule," Czeisler says.

Research also has shown a strong connection between sleep and the immune system, Czeisler says. "People who are not getting sleep, if they're exposed to a virus like the adenovirus — that causes the common cold — they will have a 200 to 300 percent increased risk of actually catching a cold," he says.

Many studies suggest that a lack of sleep raises the risk of a heart attack or stroke. And most recently, Czeisler says, scientists have found evidence that the brain actually needs sleep to stay healthy.

"It's during sleep that we clear out many of the toxins that build up during wakefulness," Czeisler says. Among those toxins is beta-amyloid, which produces the sticky plaques that appear in the brains of people with Alzheimer's disease.

Most sleep disorders can be treated, but often they aren't. Arnott, the sleepy driver from Cambridge, didn't address his symptoms until his wife pushed him to take part in a sleep study. 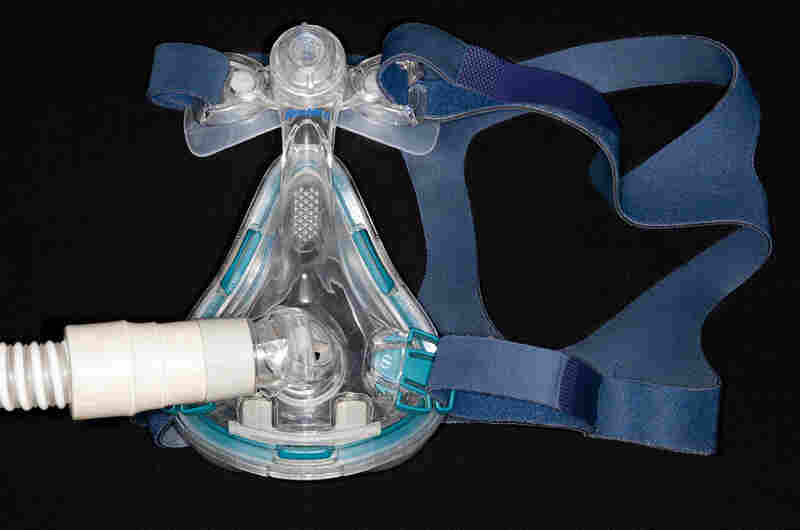 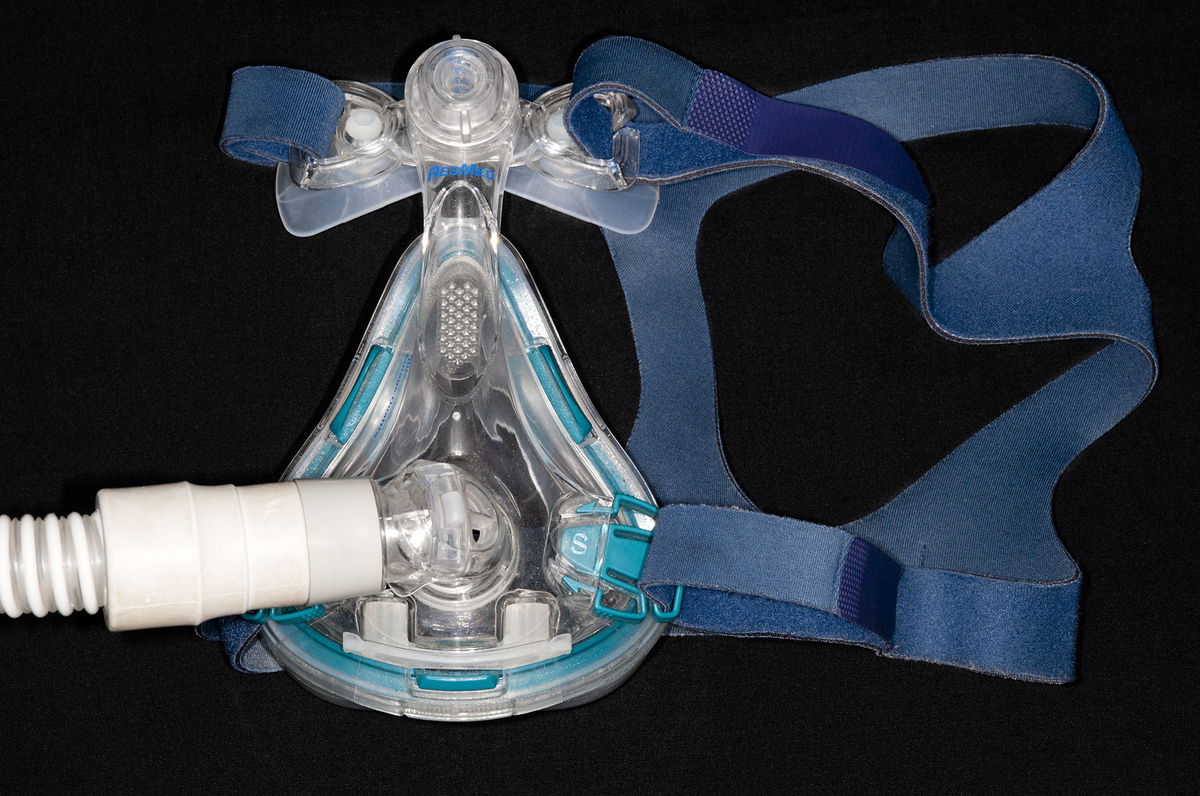 When worn at night, the mask of a CPAP (continuous positive airway pressure) machine delivers enough air pressure to keep the upper airway passages open. Blocked passages are behind the poor sleep and other symptoms associated with obstructive sleep apnea.

"My whole clinic is full of patients who are brought in by their spouses," says Dr. Andrew Wellman, a sleep specialist at Harvard and Brigham and Women's who has cared for Arnott.

When Wellman is assessing a new patient, he asks a simple question: "Do your eyelids get heavy when you'd prefer to be awake?" If the answer is yes, that is a very specific indication that someone isn't getting enough sleep. Symptoms such as fatigue or feeling tired are less specific, and can have other causes, he says.

Much of Wellman's practice is devoted to sleep apnea, which affects about 1 in 3 adult men and becomes more common with age.

Wellman says a sleep apnea diagnosis usually requires an overnight sleep study to measure the flow of air in and out of the lungs. "If that flow is diminished, then that is the primary measurement that we use to detect these sleep apnea events," he says.

The problem can be in the brain — a condition called central apnea. But more often the airway is getting blocked repeatedly during sleep, a disorder called obstructive sleep apnea.

Arnott has an unusual variant of obstructive sleep apnea, Wellman says. "His airway actually collapses at the epiglottis, which is a structure just below the base of the tongue that prevents food from going down in the airway."

Regardless of the cause, the go-to treatment for sleep apnea is a continuous positive airway pressure (CPAP) machine. Arnott tried one for three months and hated it. 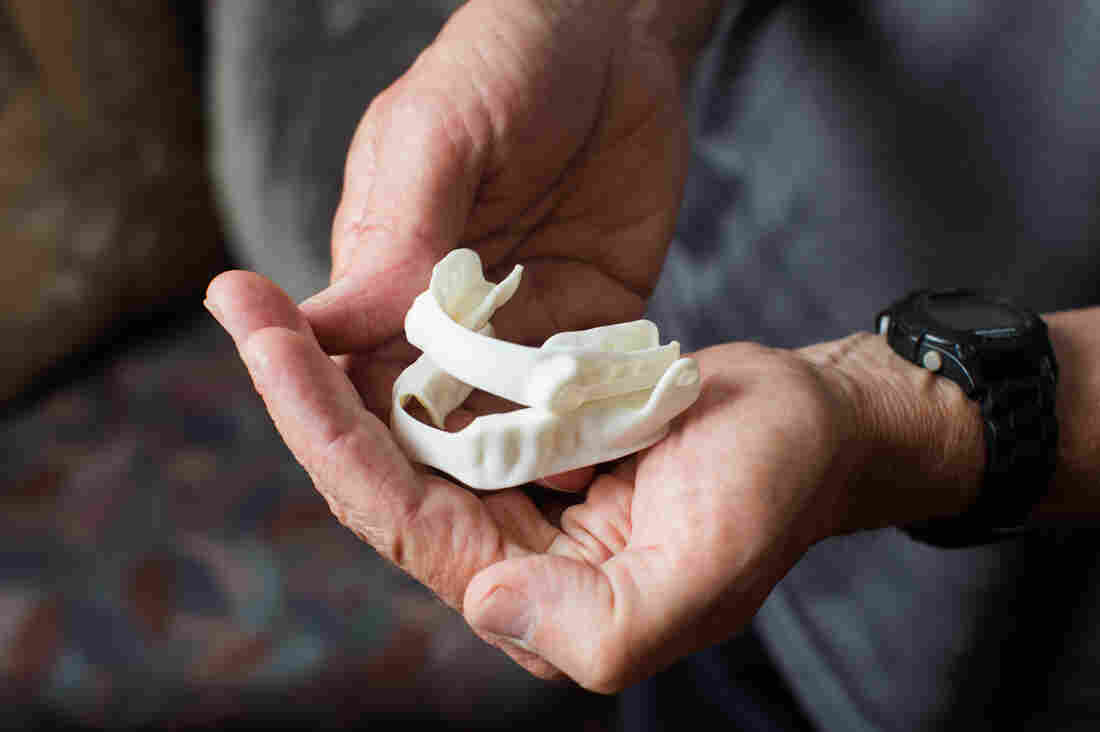 Instead of relying on forced air to keep his airway open when he sleeps, Arnott now wears this soft oral appliance at night. The device is more comfortable than CPAP, he says, and has decreased his apnea symptoms to "negligible" or "mild." M. Scott Brauer for NPR hide caption 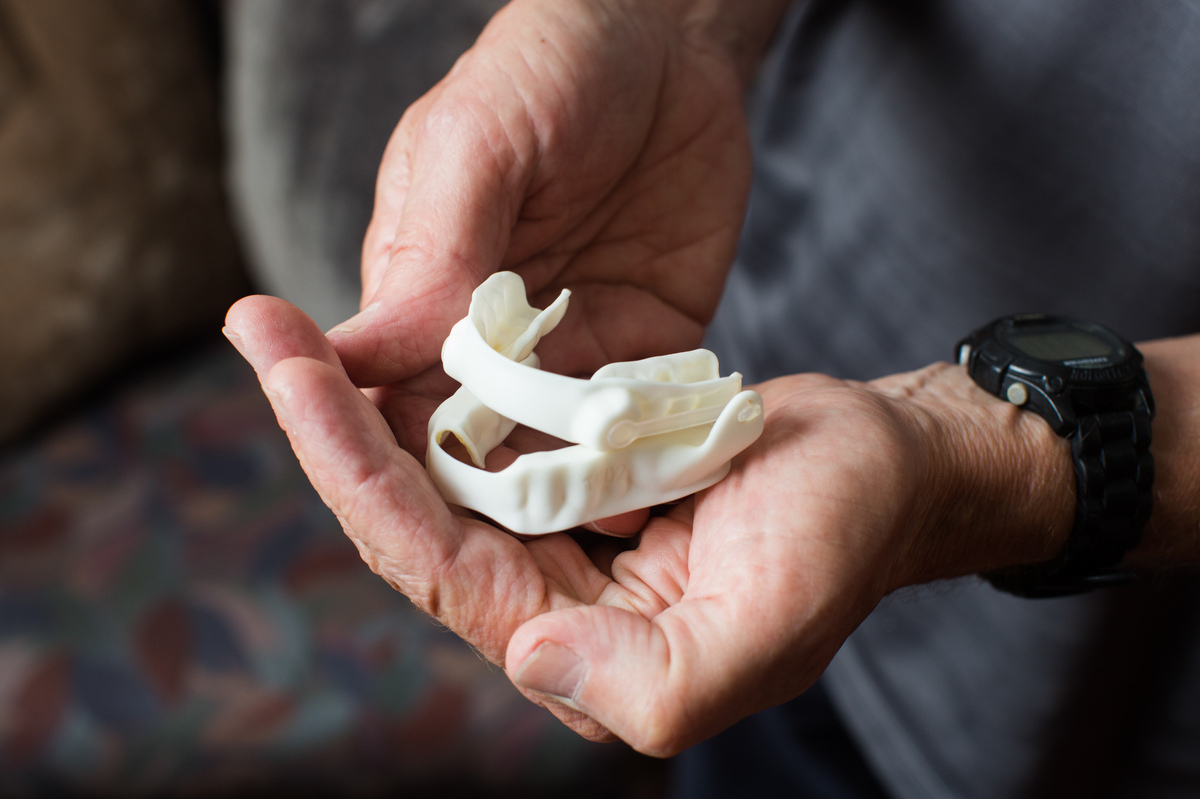 Instead of relying on forced air to keep his airway open when he sleeps, Arnott now wears this soft oral appliance at night. The device is more comfortable than CPAP, he says, and has decreased his apnea symptoms to "negligible" or "mild."

Complaints like those are pretty common among people using CPAP machines, Wellman says. "Somewhere around 50 percent of patients don't adhere to their therapy. Probably there are many people that don't even come to the sleep lab because they know they might get that breathing machine, and they don't want it."

One alternative is surgery to help keep the airway open. Another is an oral appliance that moves the lower jaw forward.

Arnott eventually switched to an oral appliance and has made a series of other changes. He sleeps on his side, which reduces apnea. He tries to get to bed at the same time each night. And he has begun doing yoga before bedtime, which he says helps with his restless leg syndrome.

Those steps have made a big difference, Arnott says. For one thing, he no longer falls asleep at the wheel. And now, he says, "There are times on long trips when Mary actually says, 'I'm getting groggy. You drive.' "