Accessibility links
Katrina Shut Down Charity Hospital But Led To More Primary Care : Shots - Health News More than 70 percent of New Orleans residents say some progress has been made in the availability of medical services since the storm. Still, most say care for the poor continues to lag. 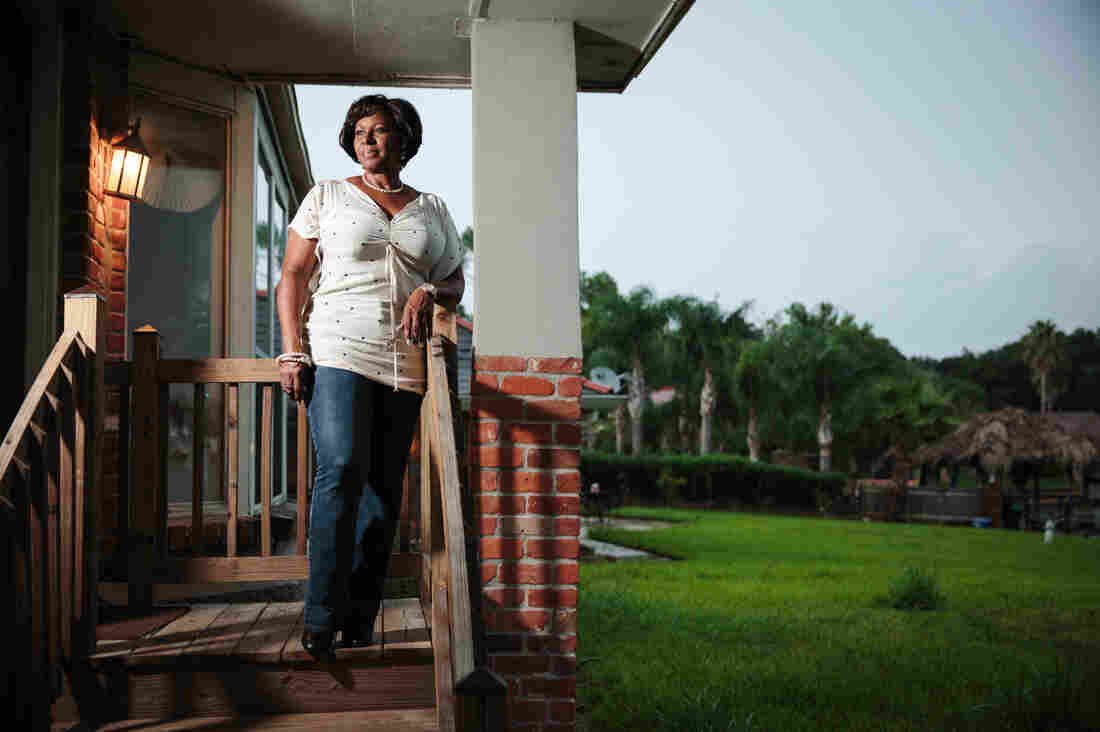 Attorney Ermence Parent stands on the porch of her New Orleans home. Two hip replacements eased Parent's pain and got her exercising again, she says. A doctor at one of the city's newly renovated clinics made the diagnosis. Edmund D. Fountain for NPR hide caption 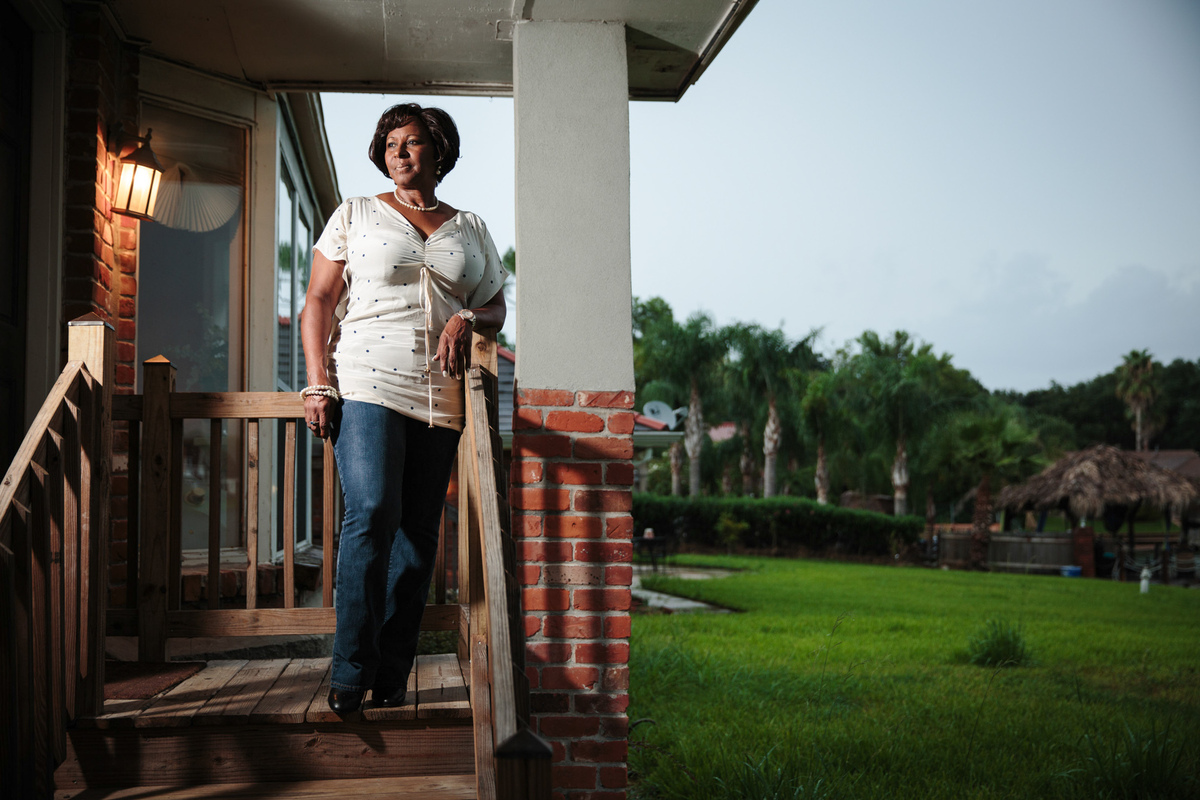 Attorney Ermence Parent stands on the porch of her New Orleans home. Two hip replacements eased Parent's pain and got her exercising again, she says. A doctor at one of the city's newly renovated clinics made the diagnosis.

Five years ago, New Orleans attorney Ermence Parent was struggling to find out what was wrong with her leg. She was 58 years old, and her right leg hurt so much that she needed a cane. That was not only painful, but frustrating for a woman who routinely exercised and enjoyed it. Parent sought advice from several doctors and a chiropractor, but got no diagnosis.

Then she made an appointment at the newly renovated St. Thomas Community Health Center, a primary care clinic dedicated to providing quality care for people regardless of insurance status. Most patients, including Parent, are on Medicaid or Medicare. Some pay on a sliding scale. Parent saw internist Dr. Mary Abell, who is now medical director of the clinic.

Abell took a careful medical history, looked at Parent's X-rays and watched as she walked up and down the hallway

"'Baby, your hips are going,' " the doctor told Parent. The attorney had "bone-on-bone" arthritis. Without surgery, the doctor said, "'in about six months you're going to be in a wheelchair.' "

Instead, about a month later, Parent received her first hip replacement, and nine months later, her second.

Today, she's back to exercising, has lost weight and sleeps more soundly. "You know, changing those two hips just rejuvenated me; it gave me years back on my life," Parent says.

The shuttered main entrance of New Orleans' Charity Hospital (left), after storm and flood damage (right) from Hurricane Katrina closed it down in 2005.

When Katrina hit in 2005, many health facilities were destroyed or otherwise shut down, including urgent care centers, nursing homes, pharmacies and hospitals. The renowned and beloved Charity Hospital, a public facility that had served the city's poor for centuries, was forced to close.

Many said the loss of the hospital was devastating. Charity represented a precious connection to health from childhood through old age.

But the attachment people felt to the old institution may have been based more in sentiment than fact, says Abell, especially when it came to primary care. She says patients had to rely on a trip to the emergency room if they didn't have health insurance and had ongoing chronic problems.

"Before Katrina, there was no primary care or preventive medicine — really, truthfully — for patients," Abell says. "None. Zero."

Back then, a patient with a medical problem that wasn't acute often had to wait months to schedule an appointment, she says. And once they showed up for the appointment, they might have to wait all day — or even end up with the wrong clinic or with the wrong physician. Abell says the situation was "very disrespectful" to patients.

Today is a "different day," Abell says. In recent years, a network of renovated and newly built primary care health clinics has opened, which she and New Orleans residents hope will bring a new degree of stability to the health care that the city's low-income residents get.

Katrina was devastating, Abell says, but after its ruin, New Orleans received a dramatic infusion of cash from the state and federal governments, and from private foundations. The funds resulted in new hospitals, new clinics and an enormous state-of-the-art facility that replaced the old Charity Hospital. 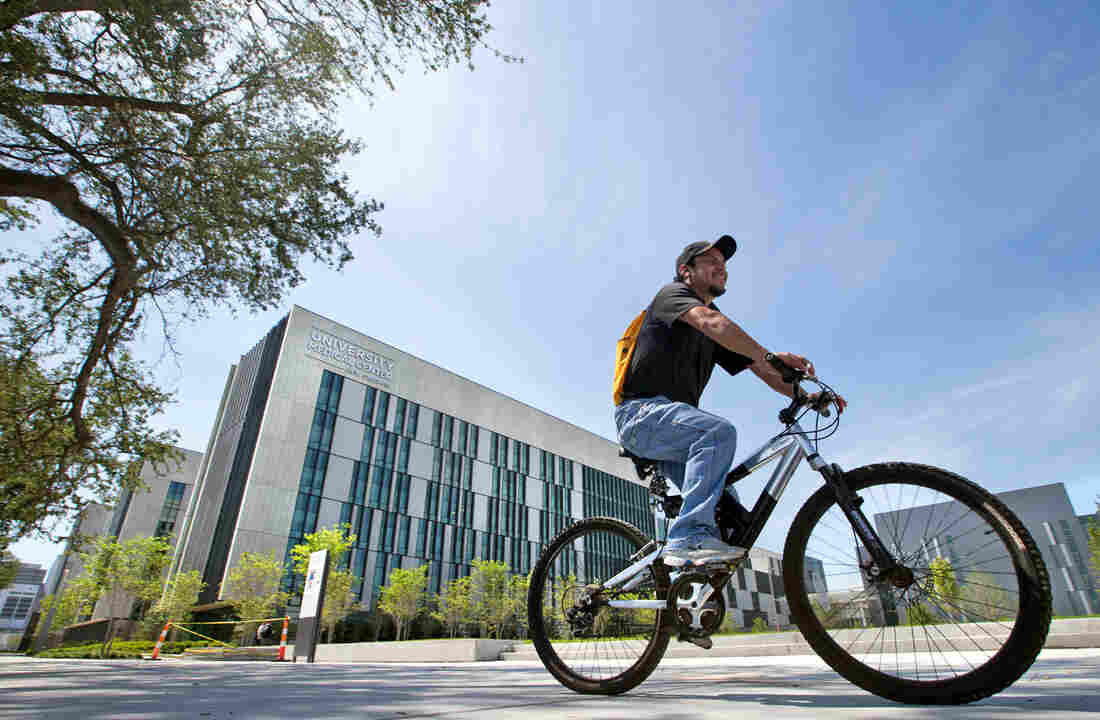 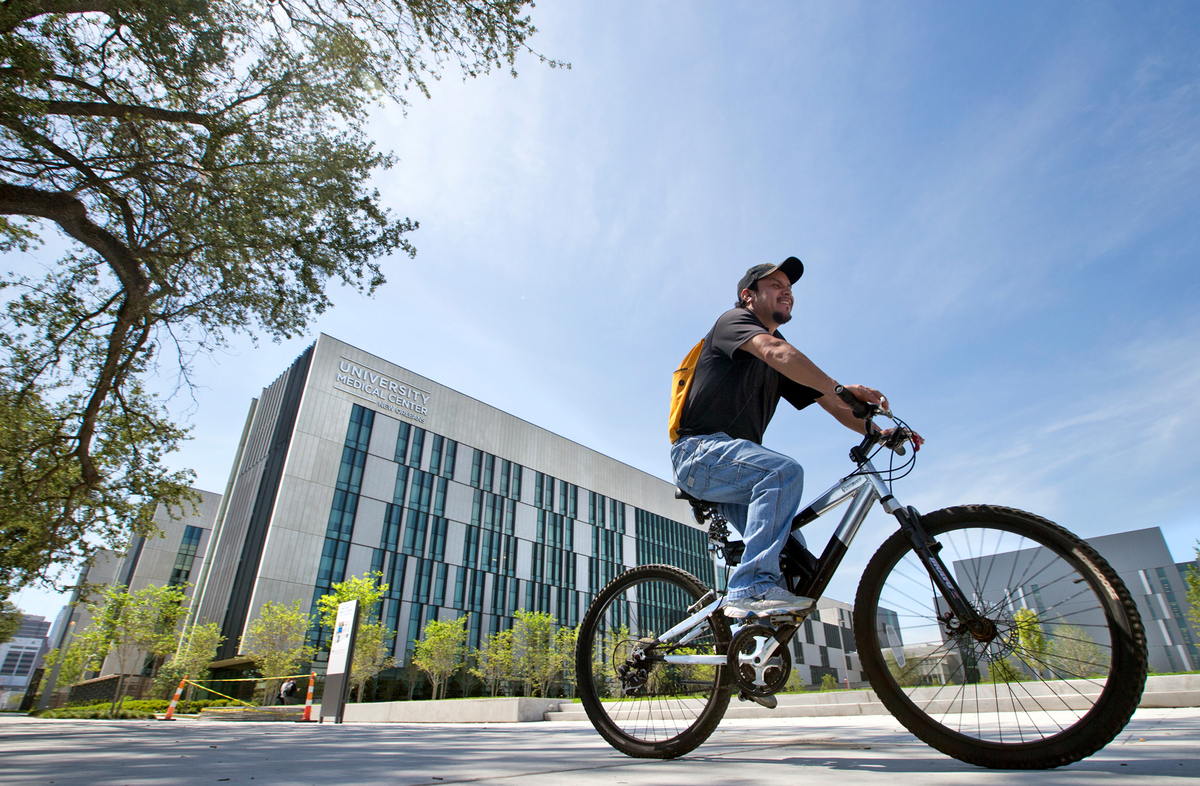 University Medical Center New Orleans, which opened this month, is just a few blocks from the shuttered hospital. The new facility's gleaming buildings, hundreds of patient beds and high-tech specialty care, stand in startling contrast to the old institution.

Abell has high hopes the new medical center will provide timely, excellent care for both acute and chronic needs. And her biggest praise is for the new network of primary care clinics.

"Today, a patient can call and get same-day primary care," Abell says, an improvement that Ermence Parent attests to, as well. A few months ago, when Parent's leg became swollen, she called the clinic and was seen right away.

In a recent poll of New Orleans residents by NPR and the Kaiser Family Foundation, 72 percent of adults agreed that progress has been made in the availability of medical facilities and services in the city. But the majority of residents — 64 percent — also said more needs to be done to provide care for people who are uninsured and have low incomes.

And among African-Americans, nearly half said they're very worried that health care services may not be available when they need them. Only 13 percent of white adults said they are very worried in that way.

According to Abell, one of the biggest remaining weaknesses in the current system in New Orleans is timely access to specialty care like orthopedics, neurology and cardiology.

It's a problem, she says, "when you can't get your patient in to be seen for an issue that's evolving, and you know that some specialty advice would be helpful." She says she's had to rely on personal connections ­-- and 30-plus years of experience working in the city — to help her poorer patients gain timely access to specialty care. She's anticipating that the new University Medical Center will help remedy that.

That hope extends to mental health care, as well. Rashain Carriere-Williams, who directs program operations at Boys Town Louisiana, a community organization that helps troubled families and children, says the need for mental health treatment in the city is huge.

"A lot of times it's easier to get them in to see a psychologist, because there are more of those," she says. But psychologists can't prescribe the medication some patients need.

Although the new hospital has some beds dedicated to patients in need of mental health treatment, the number of beds isn't nearly high enough, she says.

She's been faced with heartbreaking situations — including one New Orleans boy who recently threatened suicide and had to be placed on suicide watch. The only facility with an inpatient bed was a six-hour drive from the city. The family drove their child there for a 72-hour hold, and the child temporarily got the needed care, says Carriere-Williams. But the experience was grueling, at a time when the family was extremely fragile.

Carriere-Williams says she's hopeful the new clinics and hospitals will begin to fill the big gaps in the community's mental health needs. But, based on Louisiana's and New Orleans' history in that regard, she says, she's skeptical.