Accessibility links
Caffeine At Night Resets Your Inner Clock : Shots - Health News Late-night coffee, tea or cola does more than keep you up, scientists say. The amount of caffeine in a double espresso can delay the internal clock in cells throughout your body by about 40 minutes. 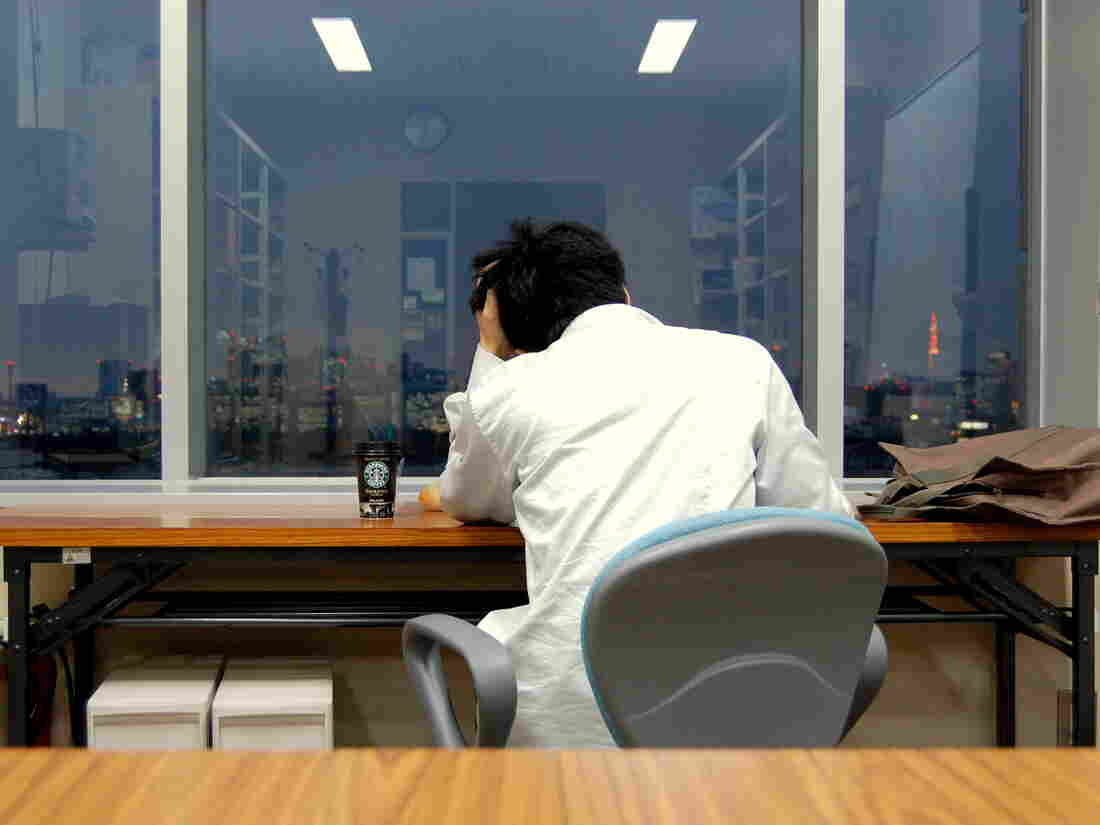 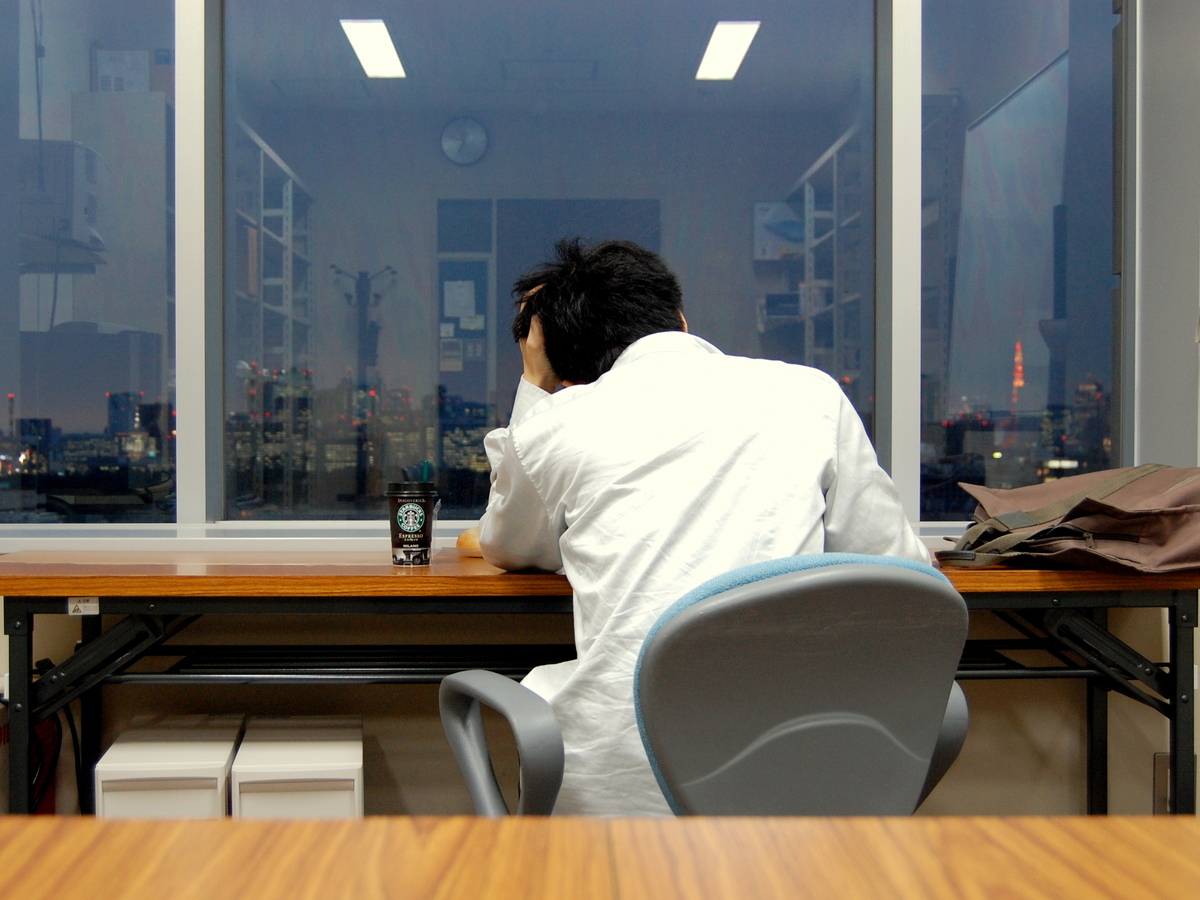 Gulping down coffee to stay awake at night delays the body's natural surge of the sleep hormone melatonin.

Everyone knows that caffeine can keep you awake, but a new study shows that the world's most popular drug can actually interfere with your body's internal sense of time.

And irregularities in the circadian clock have been linked to everything from obesity to cancer.

Scientists have had hints that caffeine could alter cellular timekeeping, from studies in bread mold, green algae and sea snails. But Wright wanted to know if it did the same thing in people.

"To our surprise, no one had really tested this question," he says.

He and his colleagues got volunteers to do a 49-day sleep study that involved testing saliva for melatonin, a sleep hormone that typically surges at night.

The study showed that the amount of caffeine found in a double espresso, if taken three hours before bedtime, delayed the melatonin surge by about 40 minutes, according to a report published online Wednesday in the journal Science Translational Medicine.

"We found that caffeine did indeed, in the evening, shift your clock later," Wright says. It was about half the effect the scientists noticed when they instead exposed the volunteers to bright light.

"What we're seeing here now," Wright says, "is another way that caffeine impacts our physiology that we didn't know about before in humans."

Circadian Surprise: How Our Body Clocks Help Shape Our Waistlines

That kind of circadian shift could be enough to make people really struggle to get up at the right time the next day, says John O'Neill, a cell biologist at the Medical Research Council's laboratory of molecular biology, in Cambridge, U.K.

Still, it's unclear whether drinking caffeine earlier in the day would mess up your internal clock in a similar way.

"I think you could probably make a reasonable guess that caffeine consumed more than about five or six hours before habitual bedtime would not have this effect; but clearly it would need to be tested," says O'Neill. That's the kind of question the researchers hope to answer next.

In general, he says, people really need to think about how and when they're using caffeine. "Leading a lifestyle where you're consistently not getting enough sleep, or where your body clock is continually out of sync with the natural world, is bad for you."