Accessibility links
What Happens When You Get Your Period In Space? : Shots - Health News Scientists spent decades arguing that women weren't suited for space travel because of menstruation. Even now, a lot of us are wondering how astronauts manage that time of the month. 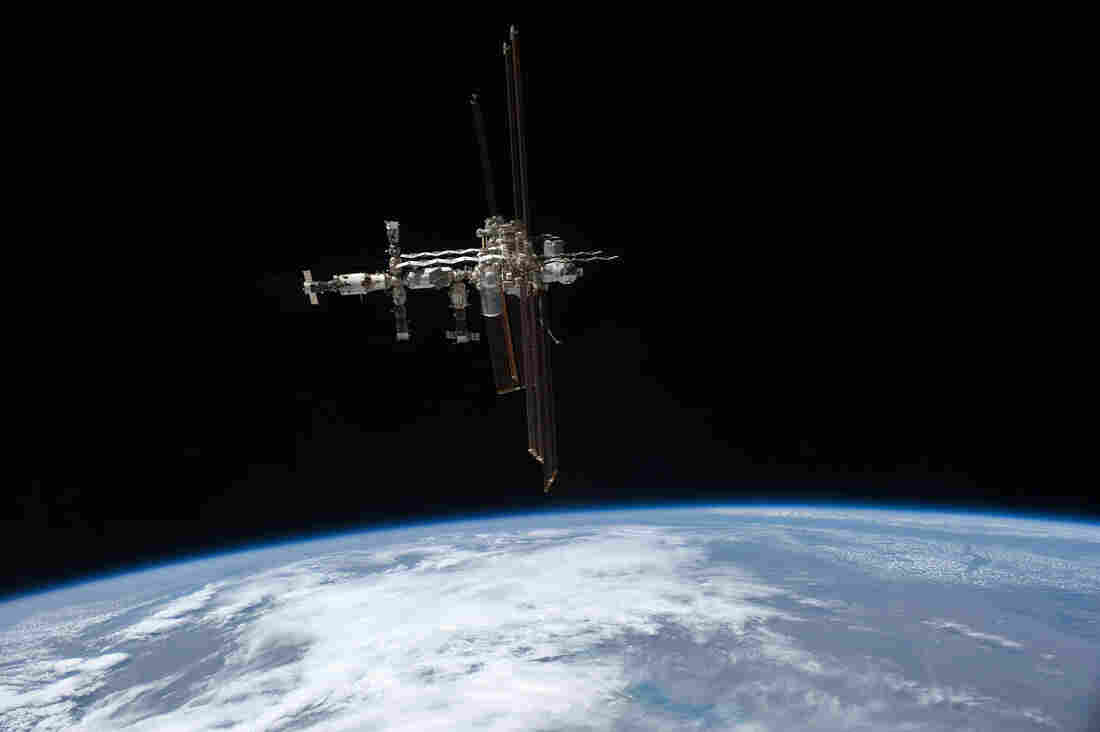 It may be a long trip. Don't forget to pack the tampons. NASA hide caption 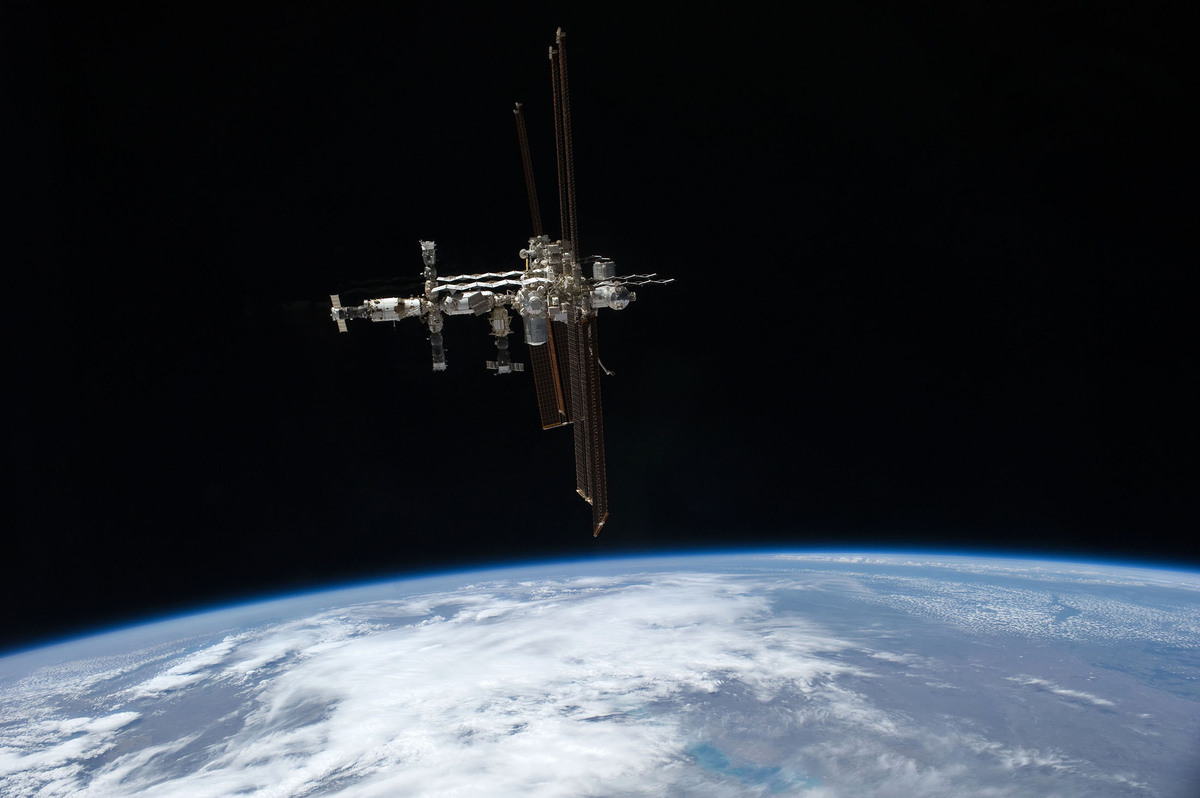 It may be a long trip. Don't forget to pack the tampons.

Hundreds of you sent in questions for Skunk Bear's live conversation with three astronauts and NASA's chief scientist on Tuesday. Thanks! The most common question was: "What happens when you get your period in space?"

I didn't end up asking them this question because:

a) The question itself has a lot of historical baggage;
b) The answer is pretty boring.

But since people were genuinely curious, I decided to answer it here.

First, a little history. In the early days of space flight, menstruation was part of the argument for why women shouldn't become astronauts. 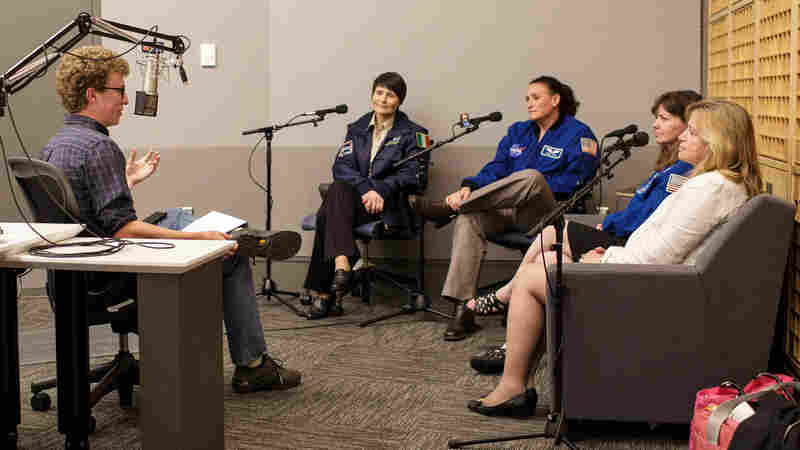 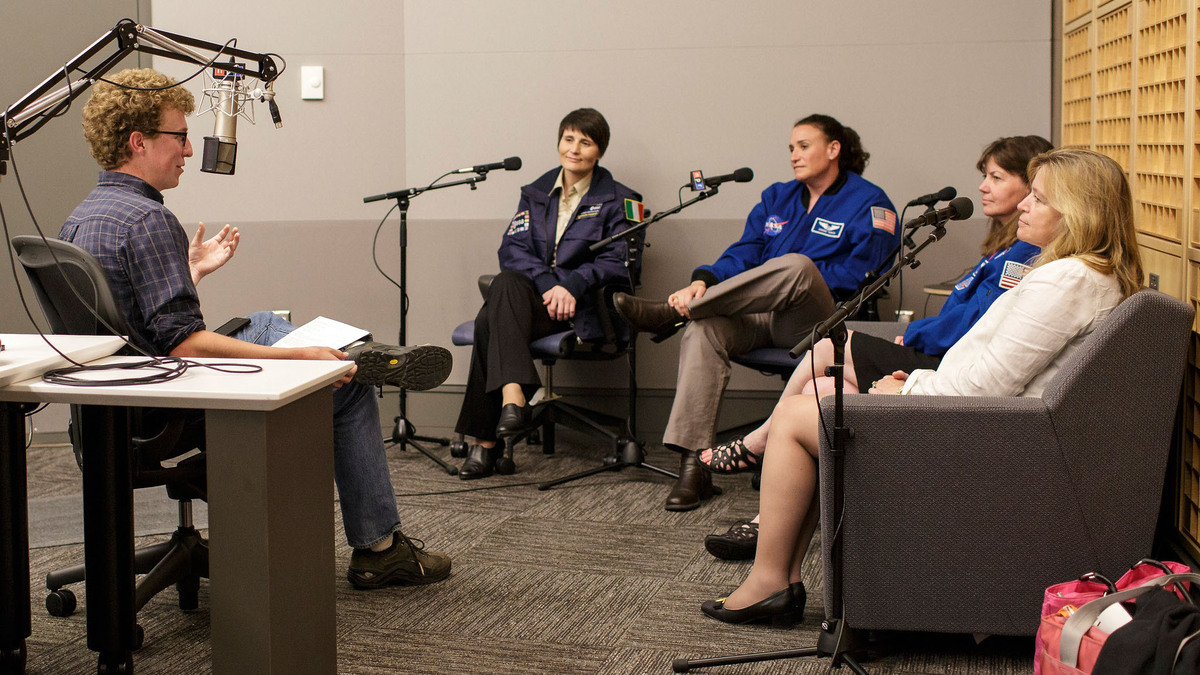 Some claimed that menstruation would affect a woman's ability and blamed several plane crashes on menstruating women. Studies in the 1940s showed this was not the case. Female pilots weren't impaired by their periods. But the idea wouldn't die.

In 1964, researchers from the Women in Space Program still suggested (without evidence) that putting "a temperamental psychophysiologic human" (i.e., a hormonal woman) together with a "complicated machine" was a bad idea. (Evidently the Soviets struggled with this, too.)

They feared that microgravity might increase the incidence of "retrograde menstruation." Blood might flow up the fallopian tubes into the abdomen, causing pain and other health problems. No one actually did any experiments to see if this really would be a problem, so there weren't any data to support or refute these fears.

Advocates for women in space argued that there had been a lot of unknowns when humans first went to space, but they sent men up anyway. Rhea Seddon, one of the first six female astronauts at NASA, recalled during an interview:

Just to give you a sense of the culture surrounding female astronauts back then, here's an excerpt of a 1971 NASA report about potential psychological problems in space. Researchers Nick Kanas and William Fedderson suggest there might be a place for women in space:

"The question of direct sexual release on a long-duration space mission must be considered. Practical considerations (such as weight and expense) preclude men taking their wives on the first space flights. It is possible that a woman, qualified from a scientific viewpoint, might be persuaded to donate her time and energies for the sake of improving crew morale; however, such a situation might create interpersonal tensions far more dynamic than the sexual tensions it would release."

Kanas, now a professor emeritus of psychology at the University of California, San Francisco, told me this was tongue-in-cheek — part of a larger discussion about the problem of sexual desire in space.* Still, it's surprising this language was included in an official NASA memorandum.

Even advocates for women in space were caught up in this kind of talk. In a 1975 report for the Rand Corp., Glenda Callanen argues that women have the strength and intelligence to become astronauts. But here's how she begins the report's conclusion:

"It seems inevitable that women are to be essential participants in space flight. Even if they were only to take on the less scientific parts of the space mission, or if they wished only to help 'colonize' distant planets, their basic skills must still prepare them to perform countless new tasks."

In a culture where these statements were unremarkable, it's easy to imagine that questions about menstruation weren't purely motivated by scientific curiosity.

In 1983, 22 years after Alan Shepard became the first American to go to space, Sally Ride left Earth's atmosphere. She told an interviewer:

"I remember the engineers trying to decide how many tampons should fly on a one-week flight; they asked, 'Is 100 the right number?'

"No. That would not be the right number."

So what does happen when you get your period in space?

The same thing that happens on Earth! In the past three decades of female space flight, periods in space have been normal — no menstrual problems in microgravity.

*Kanas and Fedderson's 1971 report went on to state: "Information regarding women during periods of stress is scanty. This lack, plus previously mentioned problems, will make it difficult for a woman to be a member of the first long-duration space missions. However, it is just as unlikely to think that women cannot adapt to space. Initial exploration parties are historically composed of men, for various cultural and social reasons. Once space exploration by men has been successfully accomplished, then women will follow. In preparation for this, more information should be compiled regarding the physiology and psychology of women under stressful situations."

A previous version of the caption misspelled Samantha Cristoforetti's last name as Christoforetti.