Accessibility links
Surgeon Seeks To Help Women Navigate Breast Cancer Treatment : Shots - Health News Thirty years ago no one uttered the words "breast cancer" in public. Now there's no shortage of information, but the glut can make it hard for women to make choices about care. 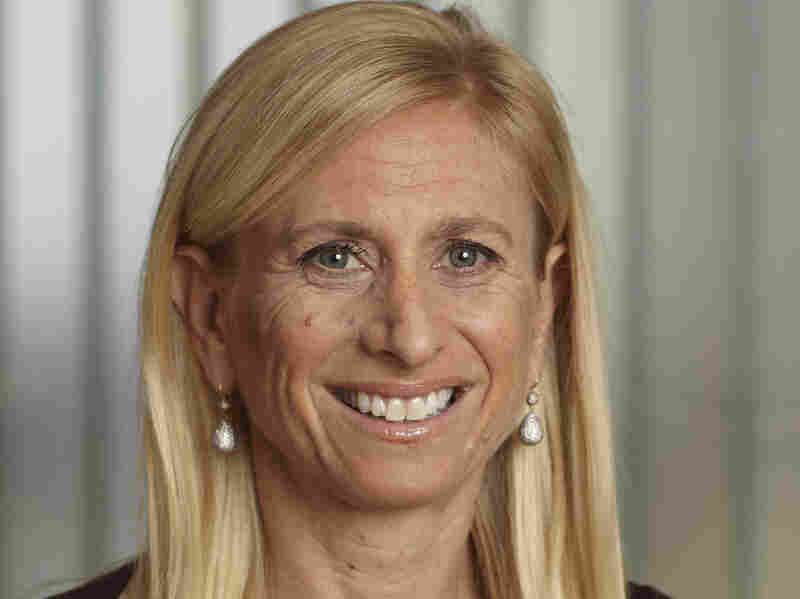 Dr. Elisa Port is the chief of breast surgery at Mount Sinai Medical Center in New York and the director of its Dubin Breast Center. Bill Truslow hide caption 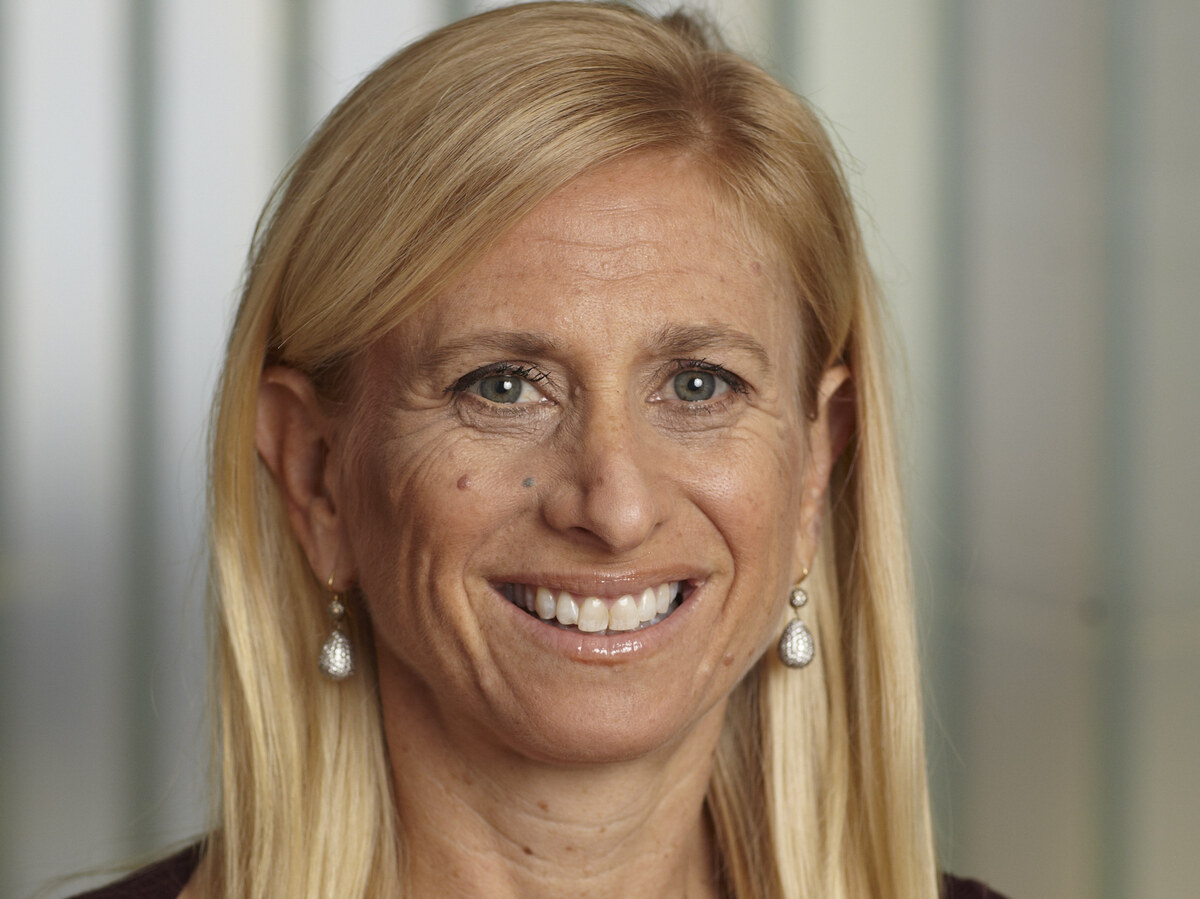 Dr. Elisa Port is the chief of breast surgery at Mount Sinai Medical Center in New York and the director of its Dubin Breast Center.

As a surgeon who specializes in the care and treatment of patients with breast cancer, Elisa Port says one of the hardest parts of her job is delivering bad news to patients.

"I wish I could say it got easier as it goes along, but it certainly doesn't. ... It affects me every single time," Port tells Fresh Air's Terry Gross.

But, Port adds, the survival rates for breast cancer are better than they have ever been, which means that frightening diagnoses are often coupled with treatment options. "I think it would be much harder for me as a person to take care of a kind of cancer where there weren't so many amazing options for treatment, and there wasn't as much room for optimism," she says.

Port is the author of The New Generation Breast Cancer Book, which seeks to relieve patients of the information overload that frequently accompanies a cancer diagnosis and advise them of their options. When it comes to treatment, Port says it's essential to consider each case individually: "There's no more one-size-fits-all approach" to breast cancer. 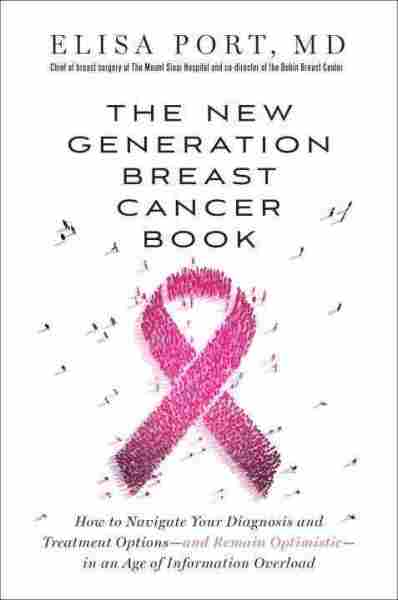 This is a real hot-button issue because there are so many mixed messages that are being sent to women across this country. Mammograms are definitely the most effective way to pick up breast cancer for the general population, and that's why the current recommendations are that every woman gets screened with a mammogram starting at age 40. Period, end of discussion. That said, every person is different and their risk factors are different and there absolutely may be a role for adding onto the mammogram — not instead of — for women depending on their risk level, their breast density and again their underlying health. ...

[Editor's note: The U.S. Preventive Services Task Force recommends that women with typical risks for breast cancer have screening mammograms every two years, rather than annually, starting at age 50 and until they turn 75.]

Three-D mammography is kind of a software update to conventional imaging, where basically for a slightly higher dose of radiation it takes multiple pictures through the breast. ... The way I explain it to women is it's almost like it's paging through a book. So rather than generating one image in one direction and a second image in the other direction you get multiple images, slices through the breast. The thing that it's most helpful with is reducing the risk of what we call false positives.

On cancer spreading from one breast to the other

The most important thing for a woman to know is that when she has breast cancer on one side, breast cancer can spread, can spread to other parts of the body, it does not spread to the other breast. So women can develop a new separate cancer in the other side, but for most women that likelihood is extremely low, and most women do tend to overestimate their risks of getting a new cancer on the other side. Also critically important to know is that the removal of the other healthy breast in no way reduces a woman's chances of the cancer that they have, particularly an invasive cancer, spreading. So there's really no difference in survival between removing the other healthy breast and not.

On deciding to remove the healthy breast

They want a more symmetric cosmetic result. Plastic surgeons in today's day and age are very good, and they can absolutely lift or reduce the other breast, particularly if it's ... hanging or saggy, they can do that to match a reconstructed breast, but for sure it's more symmetrical when you do both sides. That may be a very big price to pay, because there's a lot of tightness, etc., across the chest rather than just one side, but for some women the driving factor is symmetry. For some women the driving factor is not really wanting to have another mammogram again or screening. If you keep that other breast, every year a woman's going to have to come in for a mammogram or ultrasound ... and that's a factor. Lastly, even if the risk of developing a new cancer on the other side is small, it's not zero, and some women will choose to do that ... [to reduce the risk]. It's never going to be zero, and that's really important to know.

On genetic testing for the BRCA mutation

It is kind of a moving target. The groups of people, like the red-flag situations where we think genetic testing may be appropriate, keep expanding, but here are some of the big ones: women who are diagnosed with breast cancer pre-menopausally, usually in their 20s, 30s, 40s, especially who have a family history of other pre-menopausal breast cancers; women who have combined family histories of both breast and ovarian cancer; any family where there's a history of male breast cancer.

On the biggest change in breast cancer treatment since she started

Thirty years ago no one even used the words "breast cancer" in public. Twenty years ago you couldn't even find an advertisement with the word "breast" in it, and you flash forward to times like today, where there's absolutely no shortage of information out there and the problem no longer is lack of information, it's actually too much information, no filter. ...

[Patients] were coming [into my office] inundated, defeated, completely perplexed by all the information out there and how to navigate it, whether it was emails from friends, whether it was websites they needed to read.