Accessibility links
Old-School Approach Stokes Med Students' Interest In Geriatrics : Shots - Health News As the number of older Americans grows, so does the need for geriatricians to care for them. But few medical students are interested in the specialty, which isn't particularly glamorous or lucrative.

To Sell Medical Students On Joys Of Geriatrics, Send In 90-Year-Olds

To Sell Medical Students On Joys Of Geriatrics, Send In 90-Year-Olds 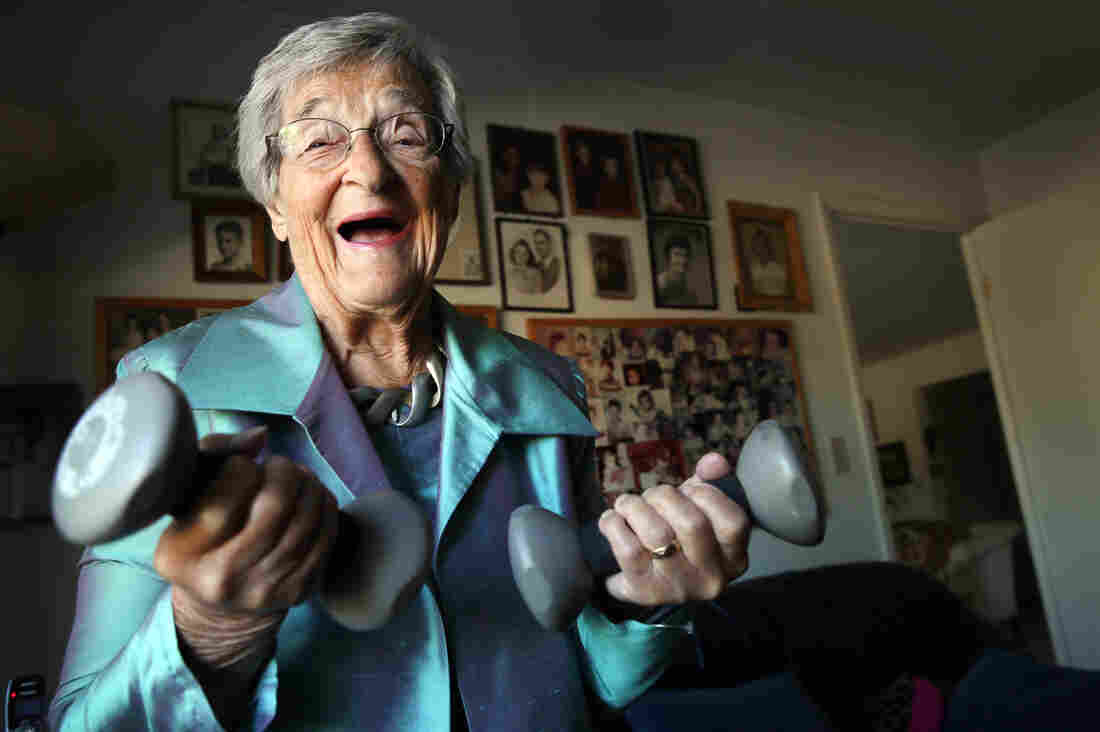 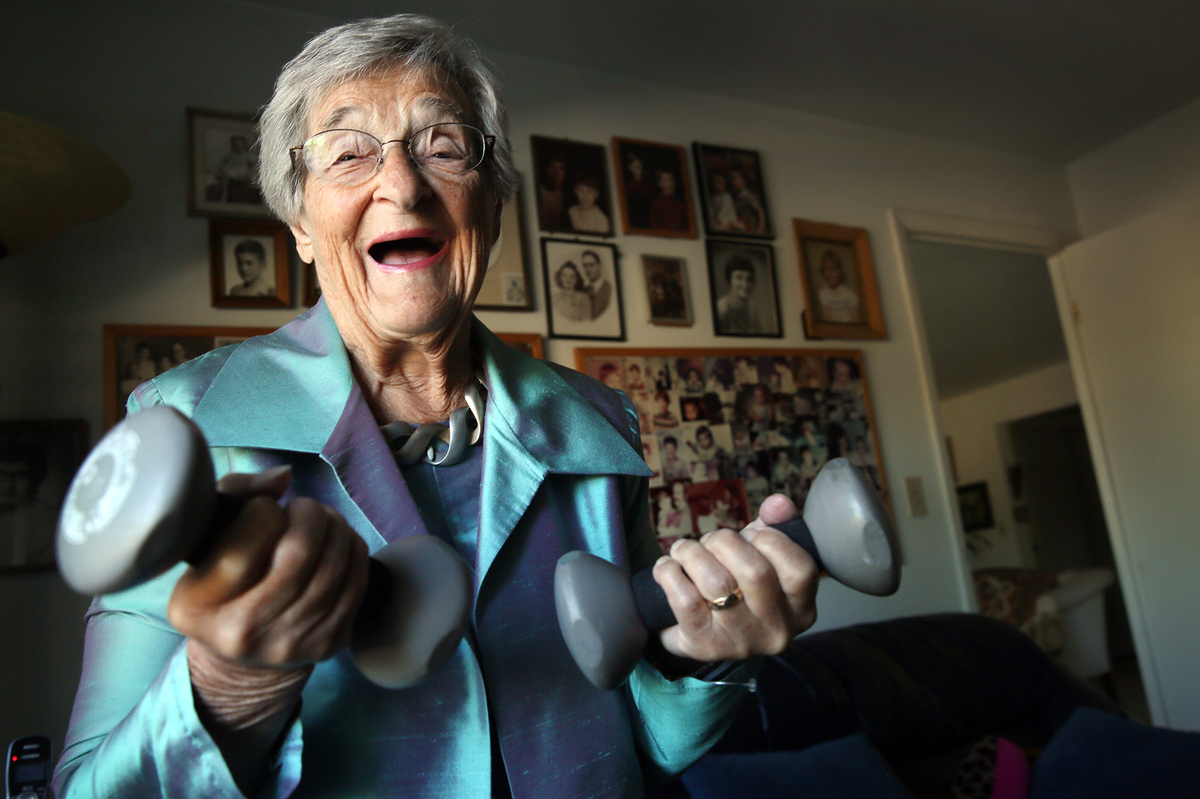 When doctors told Robert Madison that his wife had dementia, they didn't explain very much. His successful career as an architect hardly prepared him for what came next.

"A week before she passed away her behavior was different, and I was angry because I thought she was deliberately not doing things," Madison, now 92, told a group of nearly 200 students at Case Western Reserve School of Medicine in Cleveland. "You are knowledgeable in treating patients, but I'm the patient, too, and if someone had said she can't control anything, I would have been better able to understand what was taking place."

Belle Likover recounted for the students how she insisted when her husband was dying of lymphoma that doctors in the hospital not make decisions without involving his oncologist. "When someone is in the hospital, they need an advocate with them at all times," said Likover, who turns 96 next month. "But to expect that from families when they are in crisis is expecting too much. The medical profession has to address that."

Madison and Likover were among six people all over the age of 90 invited to talk to second-year medical students this month. The annual panel discussion, called "Life Over 90," is aimed at nudging students toward choosing geriatric medicine, the primary care field that focuses on the elderly. It is among the lowest-paid specialties, and geriatricians must contend with complex cases that are time consuming and are often not reimbursed well by Medicare or private insurance. And their patients can have diseases that can only be managed but never cured.

Debt Weighs On Decisions About Specialties

Students often are attracted to more lucrative specialties such as orthopedics or cardiology, said Jeremy Hill, who was in the audience. Student loans are a burden for many medical students. The 35-year-old North Carolina native may owe as much as $300,000 when he graduates — enough, he is quick to point out, to buy "a nice-sized house."

Yet Hill is one of the few Case students who say they are leaning toward choosing geriatrics.

The low number of geriatricians is not surprising considering that their average salary was $184,000 in 2010, almost three times lower than what radiologists earned, the American Geriatrics Society has reported.

Elizabeth O'Toole, a geriatrician and med school professor who arranged the panel discussion, acknowledged in her introduction that most students were interested in other specialties. Yet she warned them not to overlook the needs and outlooks of older patients.

"No matter what you'll be doing, you are going to be working with these folks," she said. More than 400,000 people 80 years old and older received knee replacements last year; 35 percent of men over 80 and 19 percent of women have coronary heart disease; and the most common medical procedure among people over 65 is cataract surgery. Successful outcomes depend on the patient's cooperation and that, she said, requires "an understanding of who the patient is."

Students who braced themselves for a solemn litany of medical problems from the panel were in for a surprise. It wasn't just what the visitors said that made an impression, but how they said it.

The group offered the students advice, telling the doctors-to-be to look at their patients instead of typing notes into a computer, take more time with older patients and answer their questions.

"Having to see so many patients a day is tragic," said Simon Ostrach, 92, a professor emeritus of engineering at Case, who recalled being rushed through an appointment with an orthopedic surgeon who did little for "excruciating pain" after his hip replacement.

When it was her turn, Likover pushed back her chair, stood up and had no need for the microphone she was offered. 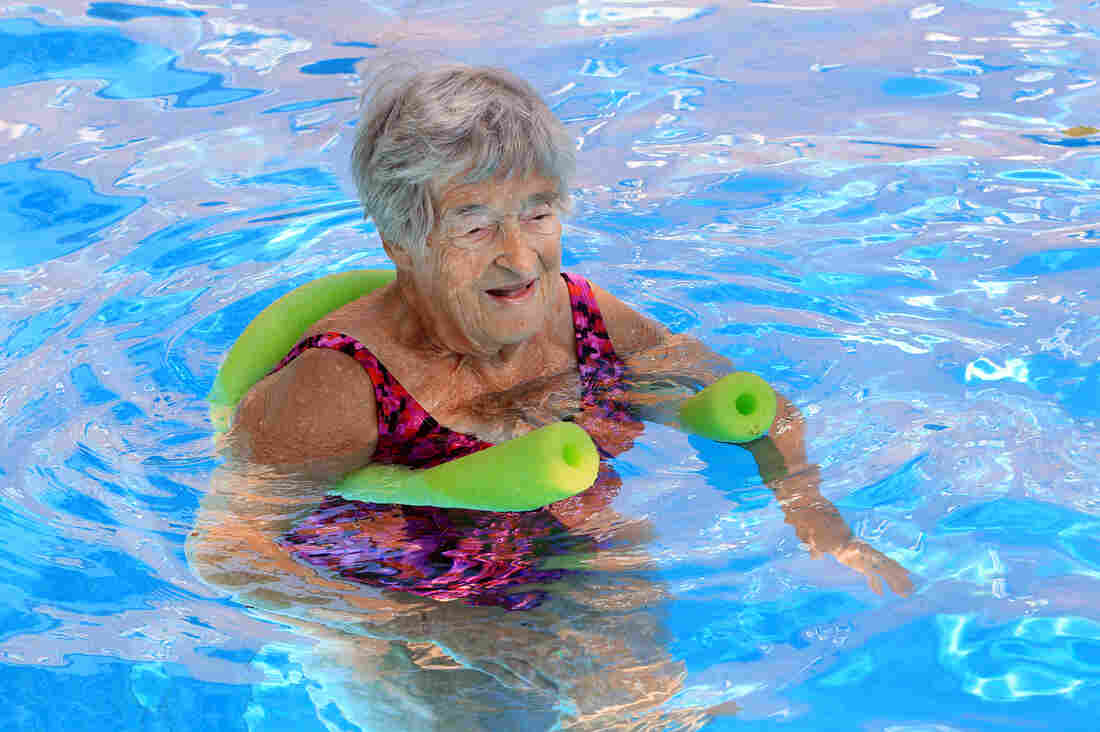 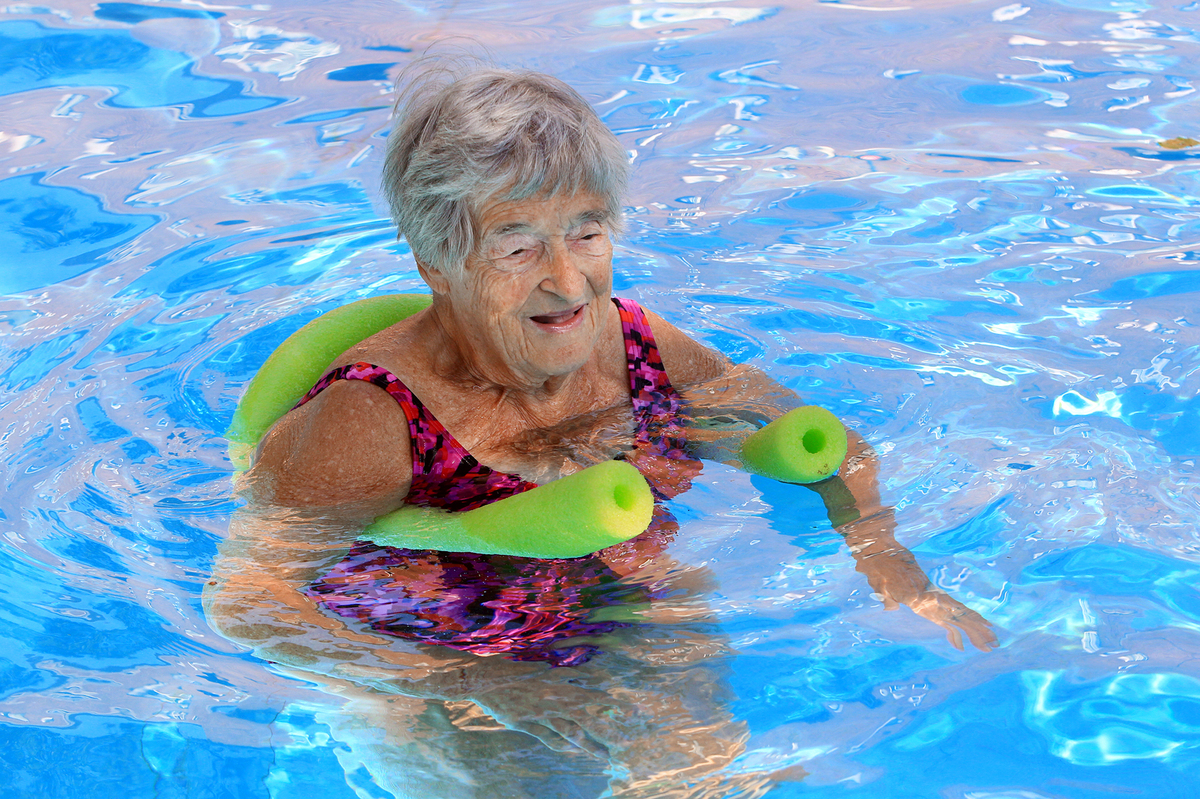 "Getting old is a question of being able to adapt to your changing life situation, having a little less energy, not being quite as healthy as you were before," said Likover, a retired social worker. Four years ago, she was hospitalized twice for congestive heart failure until she learned how to manage the disease through diet. She also has an occasional irregular heartbeat and only recently began walking with a cane. She swims at least three times a week, serves on several committees addressing seniors' issues and is a Jon Stewart fan because "getting a laugh every day is very, very helpful."

Likover told students: "I have lived a very good and hopefully useful life and death does not concern me. It is going to happen. And I think that kind of outlook, not worrying about every little ache and pain, makes a big difference and a very happy life."

"That's a perfect segue to my story," Ostrach said. "I attribute my longevity to smoking, drinking and overeating," he told the students. And doctors who tried to reform him "are all long dead and gone." He was an athlete in college, wrestling and playing tennis. "But as I got past 60," he said, "I found that listening to opera, smoking good cigars and having a little cognac was much more pleasant." All in moderation, he added.

Efforts to introduce relatively healthy older adults to medical students can "reduce the sense of futility and show [the students] that there are real people with real lives who can benefit from quality health care," said Chris Langston, program director at the John A. Hartford Foundation, which focuses on aging and health. Langston has been analyzing the trend for the past several years.

But Jeremy Hill and the roughly two dozen members of Case's geriatric interest group are the exception. For them, the challenge of a complicated patient — "figuring out the puzzle," as one student put it — is what makes geriatric medicine worthwhile, even when a cure is out of reach.

"I have such respect and admiration for this population, and if I could somehow give them one extra good day they would not have had otherwise," said Hill, who then paused for a moment, "I would be privileged to work with them."

After the session, Hill chatted for a few minutes with Ostrach, who had said he's been lonely since his wife died. "If you'd like to have lunch sometime, please call me," Hill said, handing Ostrach a scrap of paper with his phone number.