Accessibility links
Could Delaying Retirement Be Great For Your Health? : Shots - Health News Scientists have found that working in one's 60s and 70s is associated with better physical and mental health. Even part-time work may be enough to reap the benefits. 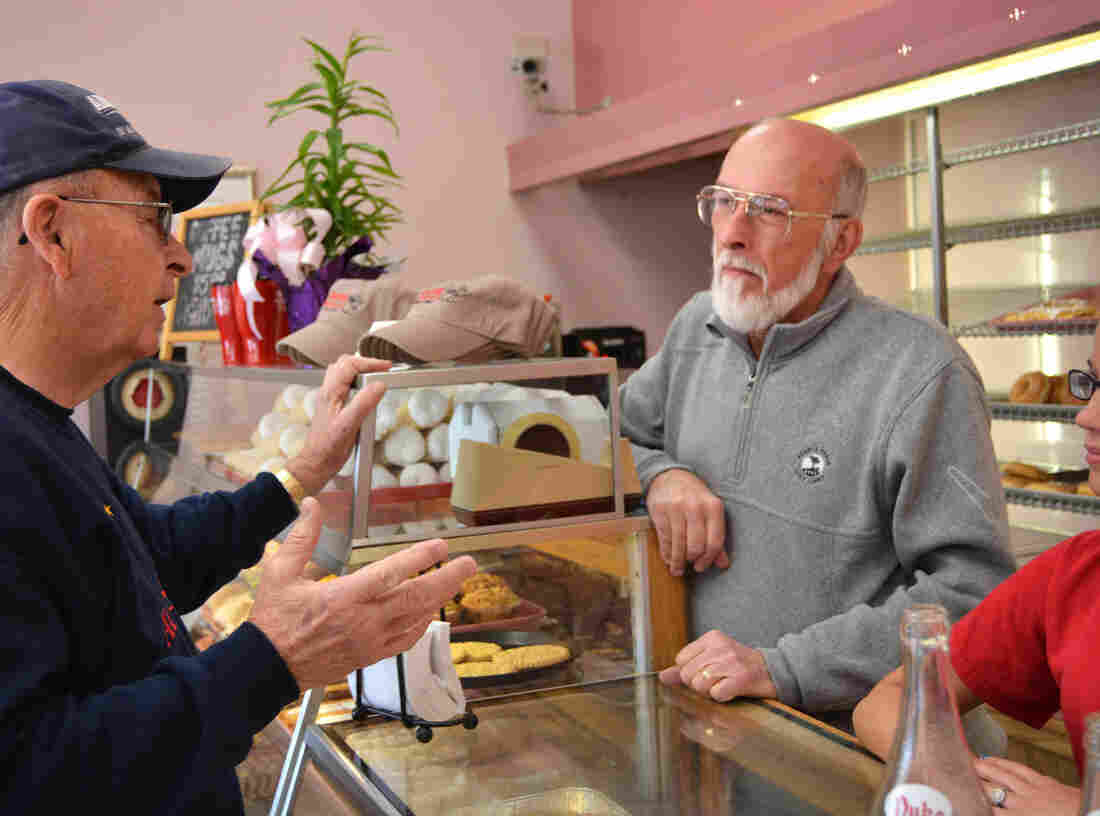 He's been at it for 45 years. Wake up before 2 a.m. Turn on the fryer. And have the glazed doughnuts and peanut-topped coffeecakes ready by 6 a.m.

Yup, Michael Doucleff Sr. is a baker and small-business owner in Alton, Ill.

At at age 70, he doesn't show many signs of slowing down. He's still working more than 40 hours a week, still carrying 50-pound bags of flour upstairs from the basement.

"You've got to wake up sometime in the morning — might as well have a purpose," Doucleff says. "I think I still contribute to society. For me, that's enjoyable."

Despite having an autoimmune disease, Doucleff is in pretty good shape. No heart disease. No diabetes. And sharp as a tack.

Doucleff is my father-in-law. And in our family, he's one of the healthiest for his age — and one of the hardest workers.

A study published Thursday in the journal Preventing Chronic Disease finds that working in one's 60s and 70s is associated with better physical and mental health.

"There's something about the aging process — that if you stay working, then you stay hardy," says University of Miami epidemiologist Alberto Caban-Martinez, who contributed to the study.

Caban-Martinez and his colleagues analyzed survey data from more than 85,000 adults age 65 and older. (The mean age was around 75.) In general, people who kept working were nearly three times as likely to report being in good health than those who had retired.

Compared with white-collar workers, blue-collar workers still on the job were 15 percent less likely to report multiple chronic diseases, like heart disease, diabetes and cancer. And all types of workers reported better mental health, compared with those who were retired or unemployed.

"Not to encourage workaholics, but there's something to be said about part-time or full-time work," Caban-Martinez says. "And there's not much difference whether you're in the service sector or you're a white-collar worker."

But the study does come with a big caveat. It couldn't determine whether working leads to good health or if it's good health that keeps people working.

"It's kind of the chicken or egg problem," Caban-Martinez says. "Maybe poor physical health is not allowing people to be in the workforce."

Still, other research has shown that being active and socially engaged helps prevent problems as we age, Caban-Martinez says. "Maybe the workplace is giving you the physical activity that keeps you mentally and physically healthy."

And it likely doesn't take much, he says. Getting up early and making sure the bakery is open and running smoothly is certainly enough.