Accessibility links
Does Hillary Clinton Have The Prescription For Out-Of-Pocket Health Costs? : Shots - Health News Democrat Hillary Clinton has proposed policy changes that would cap how much insured people have to pay for prescription drugs and put limits on the share of costs beyond premiums that consumers bear.

Does Hillary Clinton Have The Prescription For Out-Of-Pocket Health Costs?

Does Hillary Clinton Have The Prescription For Out-Of-Pocket Health Costs? 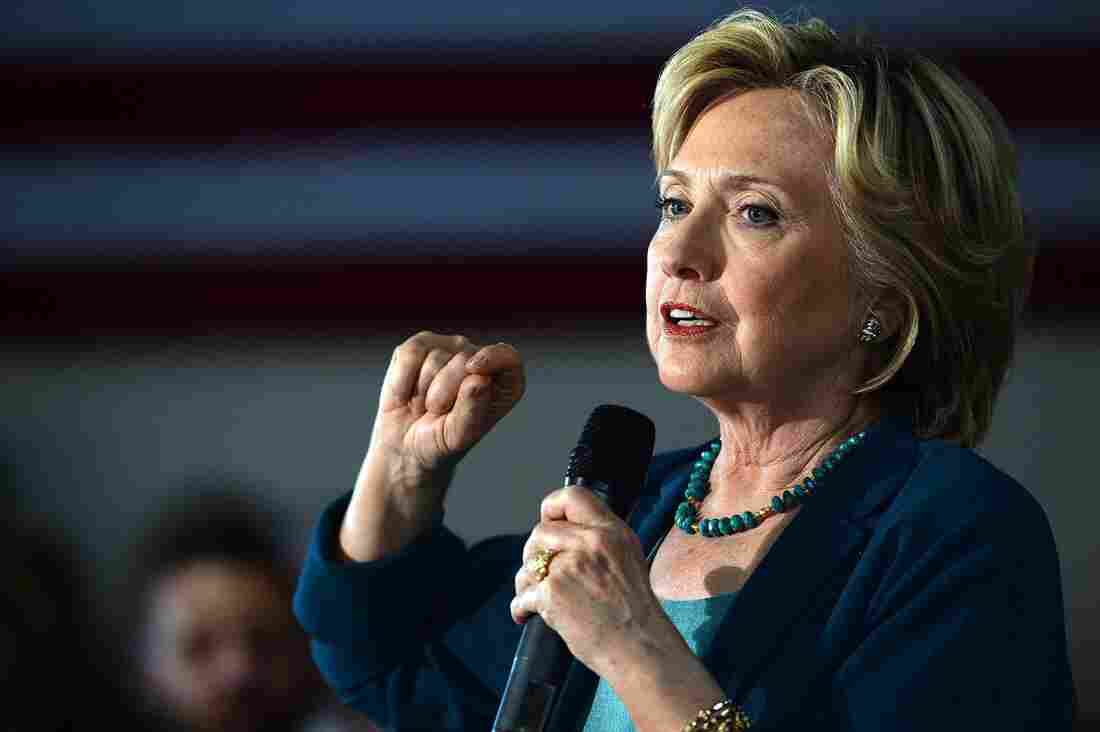 Democratic presidential candidate Hillary Clinton has ideas about how to rein in health costs that hit consumers in the pocketbook. But would they work? Darren McCollester/Getty Images hide caption 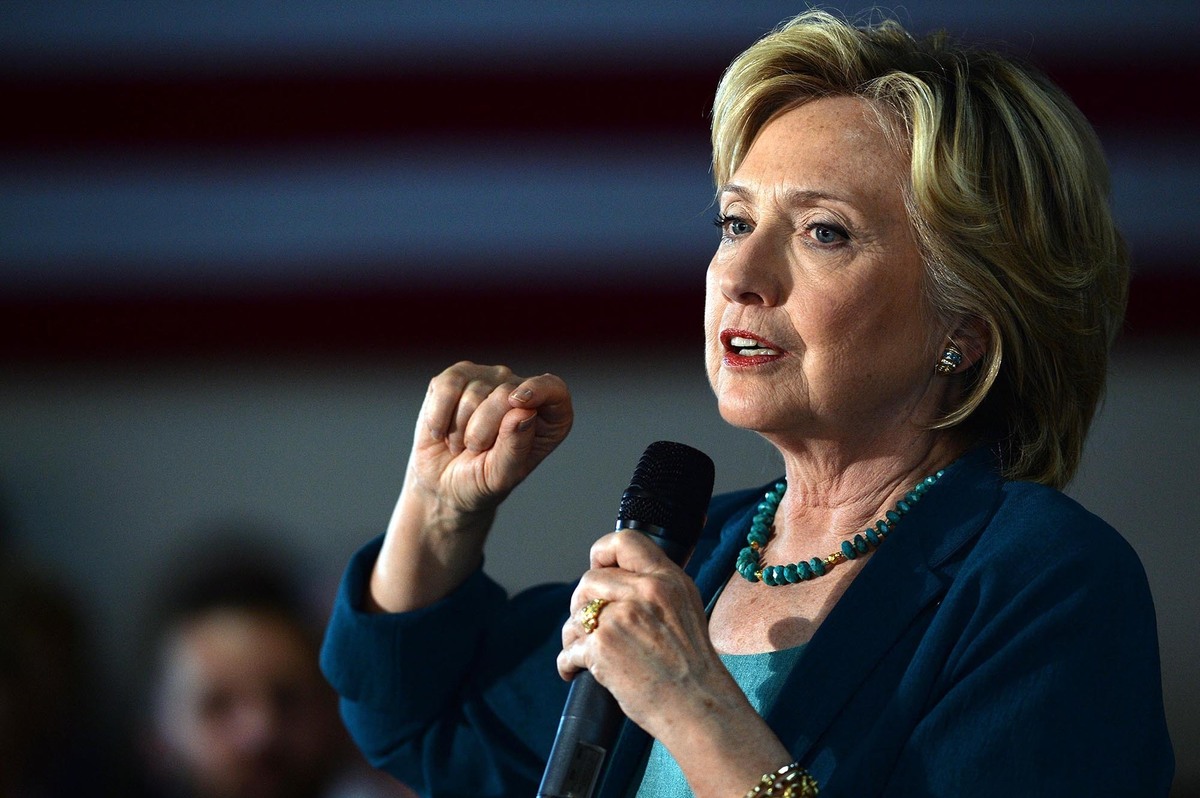 Democratic presidential candidate Hillary Clinton has ideas about how to rein in health costs that hit consumers in the pocketbook. But would they work?

While the Republicans running for president are united in their desire to repeal the federal health law, Democrat Hillary Clinton is fashioning her own health care agenda to tackle out-of-pocket costs.

But would her proposals solve the problem?

In addition to defending the Affordable Care Act this week, Clinton released two separate proposals. One would seek to protect people with insurance from having to pay thousands of dollars in addition to their premiums for prescription drugs; the other would set overall limits on out-of-pocket health spending for those with insurance.

"When Americans get sick, high costs shouldn't prevent them from getting better," said Clinton in a statement provided by the campaign. "My plan would take a number of steps to ease the burden of medical expenses and protect health care consumers."

The drug plan would, among other things, cap payments for covered prescriptions at $250 per month and let the government negotiate prices for the Medicare program. The overall health spending plan would let people see a doctor at least three times a year without having to first satisfy their deductible and create a new tax credit for those whose out-of-pocket spending is more than 5 percent of their annual income.

But while surveys show that health costs, and particularly drug costs, are a top concern for many voters, it's not at all clear that Clinton's proposals — some of which have been mentioned for decades — would provide an actual cure.

"There's no magic bullet here except getting health costs down," said Len Nichols, a health economist at George Mason University and longtime backer of the federal health law.

The fundamental problem, says Nichols, was built into the health law itself. By requiring many new benefits, such as maternity care and coverage for mental health and substance abuse, insurers were left with few choices when trying to keep premiums from spiraling. Many insurers narrowed their provider networks and collected more from customers who use the system most.

"The degree to which these out-of-pocket realities hit those with chronic conditions harder, it means we're not accomplishing the social objective of sharing the risk," said Nichols.

But setting specific limits for those who are sick will simply drive up premiums for everyone, says the insurance industry. "When you look at mandating additional benefits, that has a huge impact on the cost of coverage," said Clare Krusing, a spokeswoman for America's Health Insurance Plans, the industry trade group.

And even if that is a trade-off the public — and policymakers — decide they are willing to make, there is a phalanx of lobbyists in Washington bent on making sure many of these changes never happen.

For example, John Castellani, head of the Pharmaceutical Research and Manufacturers of America, said Clinton's drug proposal "would restrict patients' access to medicines, result in fewer new treatments for patients, cost countless jobs across the country and could end our nation's standing as the world leader in biomedical innovation."

Meanwhile, Clinton's proposed limit on advertising to consumers for prescription drugs has drawn the ire of the advertising industry. The Association of National Advertisers in a statement called the proposal "wrong and misguided."

Even the insurance industry, which has been relentlessly campaigning against high drug prices, has come out against Clinton's plan. Marilyn Tavenner, AHIP president and CEO, said in a statement that "proposals that would impose arbitrary caps on insurance coverage or force government negotiation on prescription drug prices will only add to the cost pressures facing individuals and families across the country."

Still, the advent of blockbuster new drugs that cost tens or sometimes even hundreds of thousands of dollars, and sudden price hikes for old generic medications, may prove to be a tipping point.

More than a half-dozen states have already imposed some sort of limits on out-of-pocket costs for drugs, either through law or through regulation.

Republicans, meanwhile, have yet to settle on how they would replace the Affordable Care Act, concedes Chris Jacobs, a senior editor for the Conservative Review.

"Republicans need to have a better and more substantive alternative than health savings accounts, liability reform and cross-state purchasing," he said, referring to ways people can save tax-free for their own health bills, medical malpractice reform and allowing individuals to purchase insurance from states other than their own. All are Republican ideas dating back several campaigns.

But when it comes to cost, Republicans have a major case against the authors of the health law, Jacobs says.

"They were never honest with the American people about how much this was really going to cost and the trade-offs needed to pass it," he said. He likened President Obama, when he was lobbying for the bill, to Oprah Winfrey on her television show's famous giveaway episode — "YOU get a car, and YOU get a car," he said. Basically the backers were offering everything to everyone at the same time many of the costs were either hidden or pushed off to the future, he said.

Nichols agrees, at least to a point. The health "law did answer all questions, but now we're ready to revisit because we didn't like all the answers."