Accessibility links
Anxious Parents Can Learn To Prevent Anxiety In Children : Shots - Health News Parents with anxiety disorders can unintentionally teach their children anxious responses to life. But parents can learn how to teach children coping strategies instead, a study finds.

Parents Can Learn How To Prevent Anxiety In Their Children

Parents Can Learn How To Prevent Anxiety In Their Children 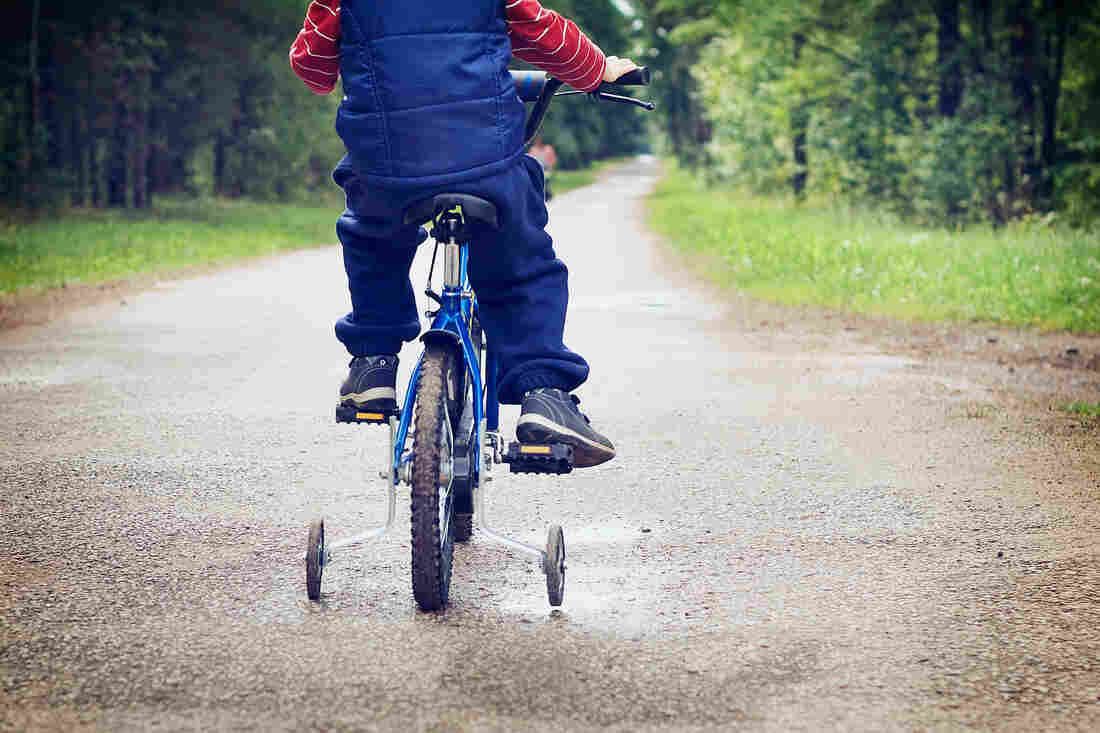 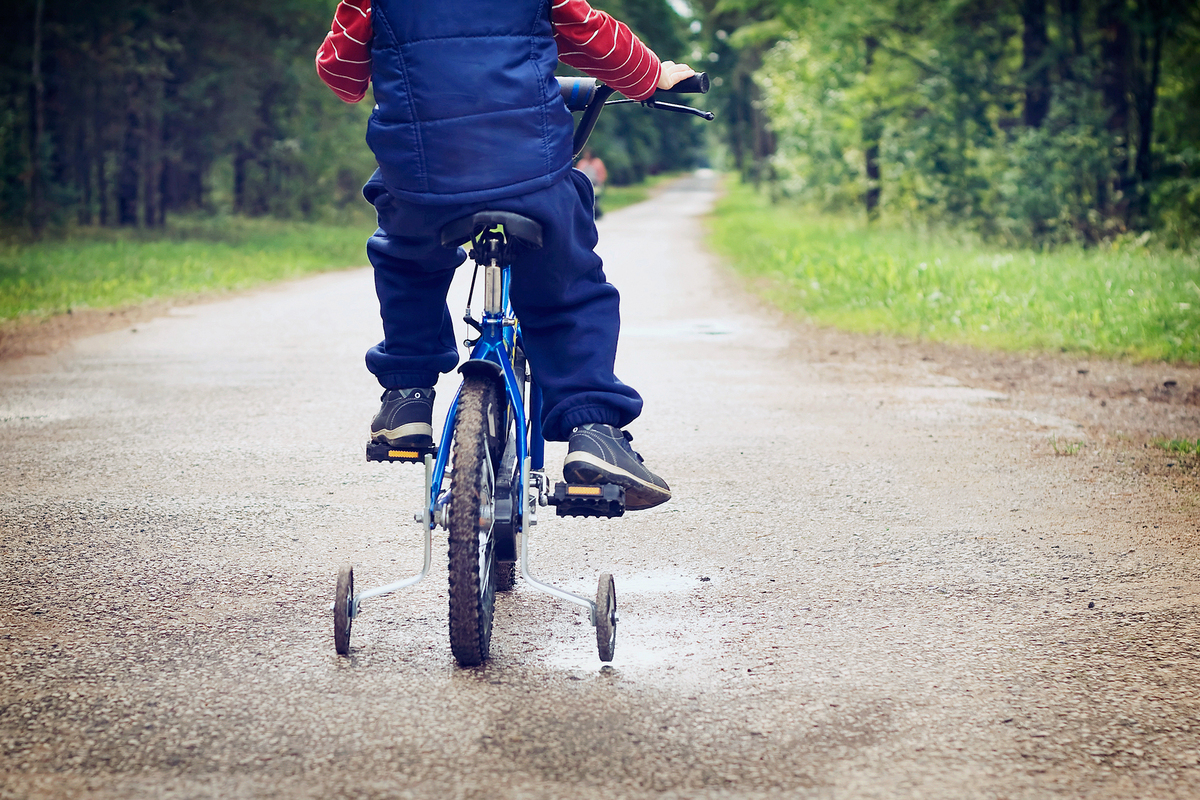 Children of anxious parents are more at risk of developing an anxiety disorder. But there's welcome news for those anxious parents: that trajectory toward anxiety isn't set in stone.

Therapy and a change in parenting styles might be able to prevent kids from developing anxiety disorders, according to research published in The American Journal of Psychiatry Friday.

The researchers, led by psychiatry professor Golda Ginsburg, a professor of psychiatry at UConn Health in Farmington, Conn., looked at 136 families. Each family had at least one parent who had been diagnosed with an anxiety disorder and at least one child in the 6-to-13 age range who had not yet been diagnosed with an anxiety disorder.

Roughly half the families received eight weekly sessions of family therapy, while the other half received only a 30-page handout describing anxiety disorders, without specific strategies for reducing anxiety.

"The basic question was, because we know that anxiety runs in families, could we prevent children from developing an anxiety disorder whose parents had the illness?" says Ginsburg, who conducted the study with colleagues from Johns Hopkins University. The answer was yes, at least over a year.

The researchers will now continue to study these same families, thanks to funding from the National Institute of Mental Health. They will look at whether the children of the families who received the therapeutic intervention go on to develop an anxiety disorder later on in adolescence or early adulthood.

The message from the study's findings so far, Ginsburg says, is that the focus needs to shift from reaction to prevention. "In the medical system there are other prevention models, like dental care, where we go every six months for a cleaning. I think adopting that kind of model — a mental health checkup, a prevention model for folks who are at risk — is I think where we need to go next."

All humans feel anxiety. It's normal, and in many cases, it's a good thing — it makes us run when we see that bear coming toward us or study for that tough exam that's coming up tomorrow.

But in people with an anxiety disorder, that dose of healthy anxiety goes awry. People might feel levels of anxiety that are out of proportion to the situation or feel anxiety in a situation where there is simply no threat. Ginsburg likens it to an "alarm clock going off at the wrong time."

In children, excessive anxiety can come in a variety of ways. Some might struggle with separation anxiety, where they're afraid to go anywhere without their parents.

Others might struggle with social anxiety, afraid of anything from raising their hand in class to eating in front of others in the school cafeteria. Still others struggle with overwhelming worry. They might think, "If I fail this test, I'll fail this grade, fail out of high school, never go to college, never get a job and become homeless."

Whatever the form that the anxiety takes, it's a combination of overestimating the risk of danger — whether that danger is in the form of embarrassment, a dog or a test — and underestimating one's ability to cope, says Lynne Siqueland, a clinical psychologist who specializes in treating anxiety disorders in children and adolescents and was not involved in the study.

There is no single cause for anxiety disorders, Ginsburg says. They're the product of an interaction of genetic and environmental factors. But the disorders do run in families, she says, and there are certain parenting behaviors that can promote anxiety — like modeling anxiety in front of your kids. Modeling might be direct, like jumping up on the kitchen table when you see a mouse, or indirect, like overcautioning your kids to be careful when there's no danger.

Ginsburg has recruited participants for many clinical trials; she says it was easiest to recruit families for this one. "The parents who suffered with anxiety themselves had it since they were children, and they did not want their children to suffer in the same way that they did."

The first two therapy sessions were with the parents alone, where they discussed the impact of the parents' anxiety disorder on the family and how often they do things that could inadvertently raise levels of anxiety in their children.

In the remaining six sessions with the entire family, the therapist worked with the family on how each person could recognize anxiety and use coping strategies to deal with it.

One key strategy is helping parents understand that kids have to face their fears, Ginsburg says. Sometimes parents help their children avoid anxiety-provoking situations because they're worried it's too much for the child, "when in fact they need to help them face their fears in order to reduce their anxiety," she says.

Siqueland, who provides workshops for parents on how to help their kids cope with anxiety, agrees. Armed with the right information, Siqueland says, parents can help their children prevent anxiety or coach their kids through it when it happens. If your child is scared to walk into that first soccer practice alone because he doesn't know anyone, don't throw the car in reverse and speed back home, she says. Sit calmly with him as he musters the courage to walk in.

"That is kind of an 'aha' moment in the parent workshops," Siqueland says, "that kids who worry about these things need more practice, not less."

Another message Siqueland gives parents: Anxiety is very treatable. "Kids are not doomed to distress."