Accessibility links
Breast Cancer Gene Test Helps Predict Who Can Skip Chemo : Shots - Health News A large study confirms that a test doctors have been using for a decade works well for low-risk patients. More work is needed to draw conclusions about chemotherapy for women with riskier tumors. 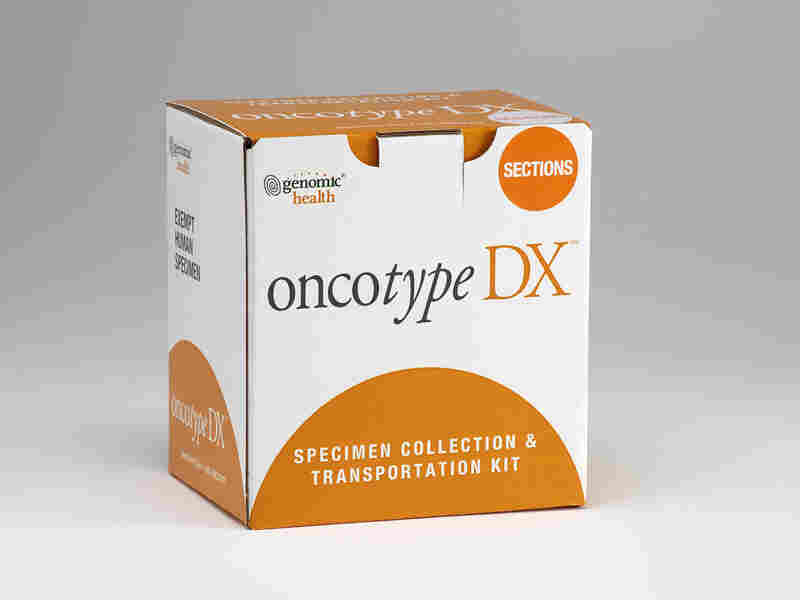 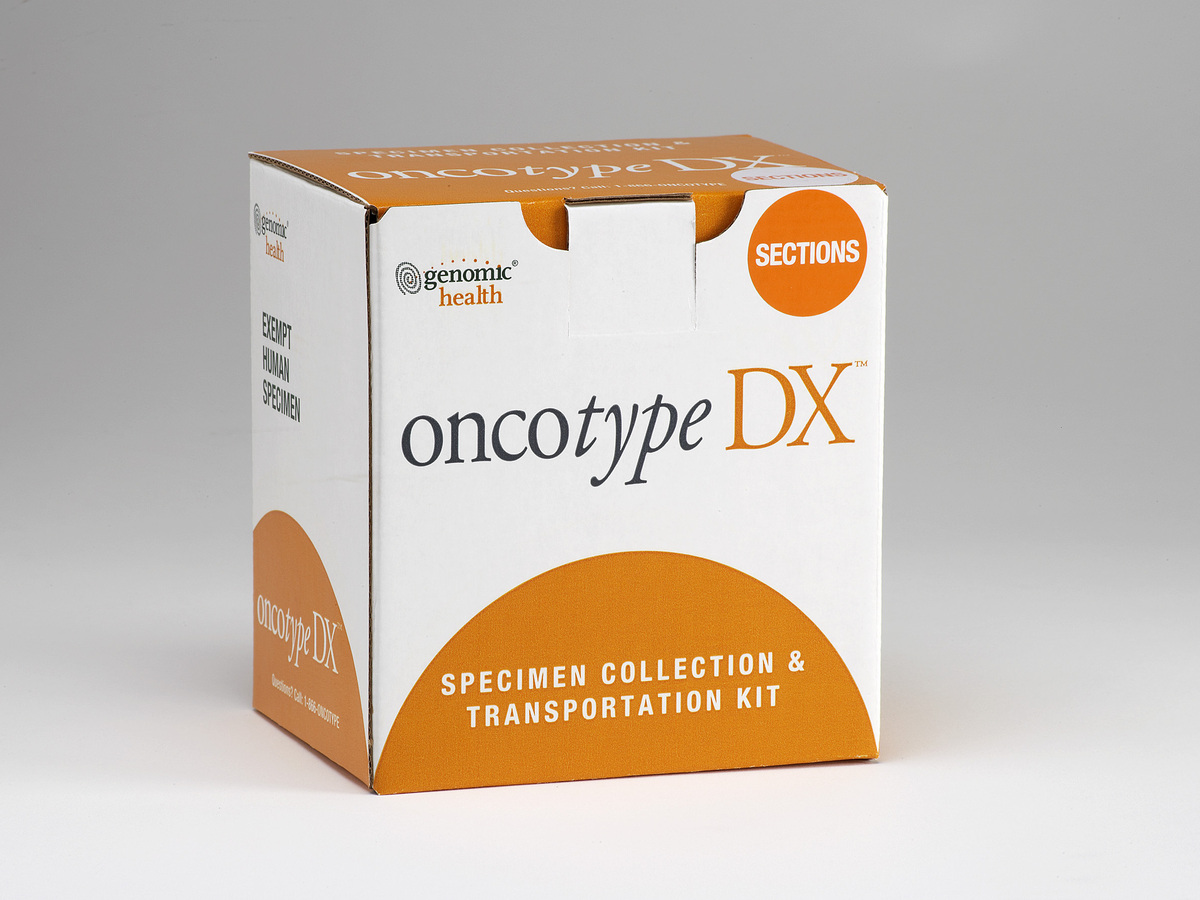 For the past 10 years, doctors have used a genetic test to decide which patients may be able to skip chemotherapy after surgery for breast cancer.

Now a study confirms that this test, called Oncotype DX, works well for a small group of patients. But a longer, follow-up study is needed to draw conclusions for a fuller range of patients with riskier tumors.

Oncotype DX analyzes 21 genes in the tumor to estimate a woman's risk of the cancer coming back after surgery.

For patients who fell into the test's low-risk category, 99 percent didn't develop metastatic breast cancer five years after surgery, even though they didn't have chemotherapy. The overall survival rate among this group was 98 percent, doctors reported Monday in the New England Journal of Medicine

"This is really great news for the patients we're treating" says Dr. Sharon Giordano, an oncologist at MD Anderson Cancer Center in Houston, who wasn't involved in the study.

Oncotype DX is recommended by the American Society of Clinical Oncology and is considered the standard of care for a particular type of breast cancer, Giordano says.

"It's important that the test was validated, but also how low the risk of recurrence actually was for this subset of patients," she says. "Chemotherapy is more likely to harm these patients than to help them."

In the study, doctors around the country, gave the Oncotype DX test to more than 10,000 women diagnosed with a common form of breast cancer that responds to anti-hormone treatments. About 16 percent of the women scored low on the test and thus, received only anti-hormone therapy, no chemotherapy.

Five years later, this group of women were more likely to develop another type of cancer — or die of something other than cancer — than they were to have their first tumors return somewhere else in their bodies.

"This is very reassuring that the guidelines we've been following are right," says Dr. Daniel Hayes, who co-directs the Breast Oncology Program at the University of Michigan and contributed to the current study. "It's one more step forward to personalizing how we treat patients."

But, for a large percentage of patients, the Oncotype DX test is still ambiguous, Hayes says. Nearly 70 percent of the patients in the study scored in the mid-range of the test and were considered a moderate risk for a relapse.

Hayes and his colleagues are now testing to see which of these patients benefit from chemotherapy. The results of that trial are due out in a few years.