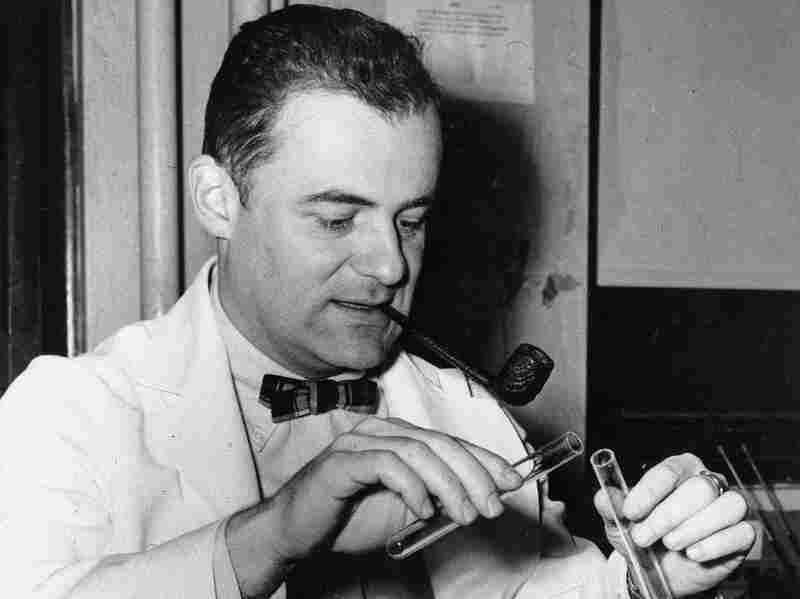 In 1954, Dr. Frederick C. Robbins, then chief of pediatrics and contagious diseases at Cleveland Metropolitan General Hospital, was one of three winners of that year's Nobel Prize in medicine. The scientists' work, which led to a vaccine against polio, was performed in human fetal cells. AP hide caption 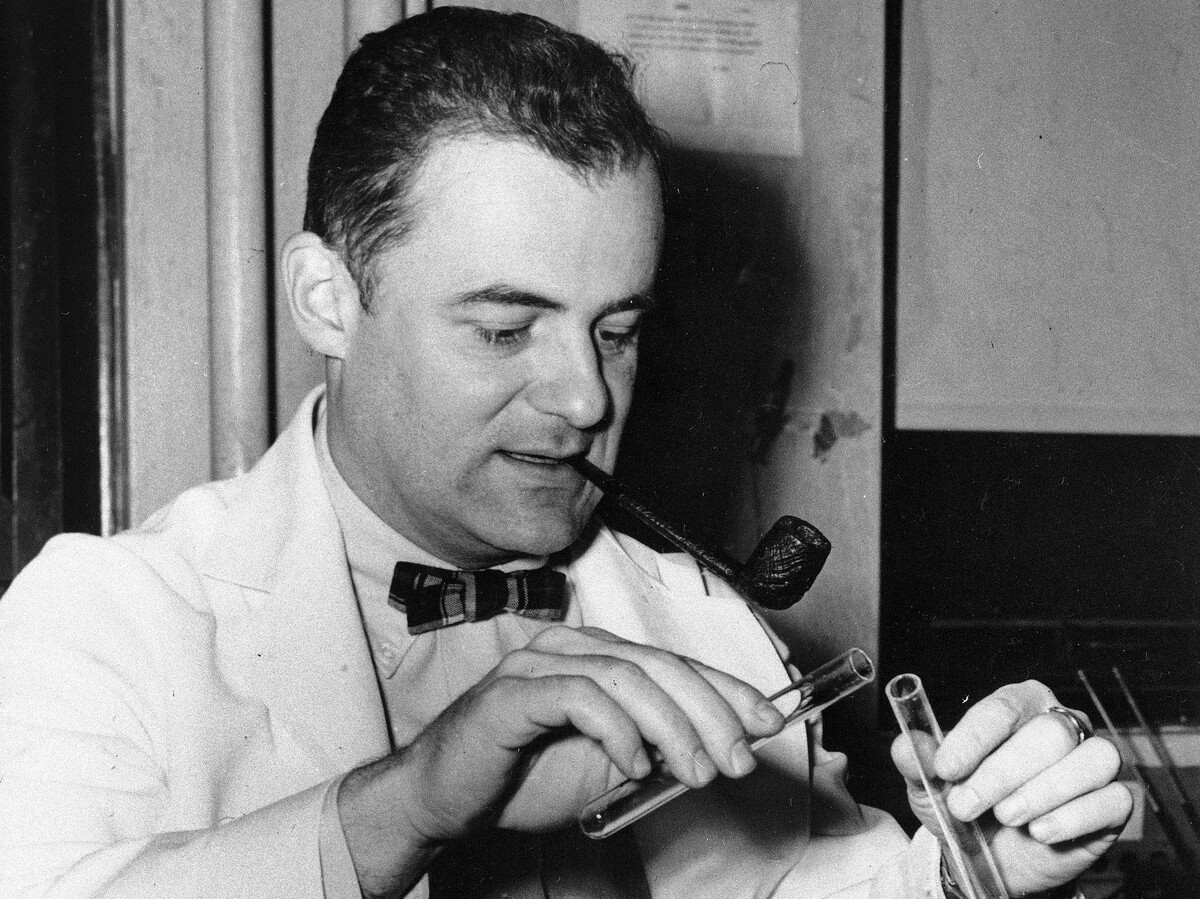 In 1954, Dr. Frederick C. Robbins, then chief of pediatrics and contagious diseases at Cleveland Metropolitan General Hospital, was one of three winners of that year's Nobel Prize in medicine. The scientists' work, which led to a vaccine against polio, was performed in human fetal cells.

Larry Goldstein is trying to find drugs to treat Alzheimer's disease. A biologist in cellular and molecular medicine at the University of California, San Diego, Goldstein also just started testing something he hopes will enable paralyzed people to walk again.

For both lines of research, he's using cells from aborted fetuses.

"The fetal cells are vital at this time because, to our knowledge, they have the best properties for the kinds of experiments that we need to do," Goldstein says.

Research involving fetal tissue has come under renewed public scrutiny recently because of a series of videos involving the Planned Parenthood Federation of America. The president of the organization, Cecile Richards, is slated to testify before a House committee Tuesday, even as some members of Congress try to cut off funding for Planned Parenthood, and some states try to restrict research involving fetal tissue.

Goldstein insists such research is invaluable. For his Alzheimer's experiments, for example, he's using cells from the brains of fetuses to look for drugs that could protect neurons from that devastating disease.

"To be honest, we don't know all the things the fetal-derived cells do, but understanding what they do is an important part of the research," he says.

Goldstein also just started transplanting fetal nerve cells into the spines of some people who are paralyzed, to try to repair their damaged spinal cords.

"We're using fetal stem cells in a clinical trial to test whether they can help paralyzed people walk, as we've seen in rat versions of spinal cord injury," he says.

Goldstein is far from alone in his reliance on fetal cells. The National Institutes of Health alone funds about $76 million in fetal cell research each year. This type of scientific study has gone on for decades.

"Fetal tissue is involved in research across a host of different diseases and conditions," says Carrie Wolinetz, the NIH's associate director for science policy. The cells have long been used to make some vaccines. And these days scientists are also using the cells to try to cure AIDS, fight blindness, prevent miscarriages and birth defects, and to find new ways to treat diabetes, cancer, Parkinson's disease and other disorders.

"Fetal tissue is used to study early brain development, which has great relevance to our understanding of the development of diseases such as autism and schizophrenia," Wolinetz adds.

Fetal tissue is vitally useful, she says, because it's unique in several ways. It grows fast, lives a long time and is incredibly versatile.

"It allows us to answer specific questions that can't be answered by adult tissue, which is far more specialized," Wolinetz explains. "Fetal tissue can contain information — about structural features, or the architecture of organs — that cells in a dish alone can't provide. And this is sometimes very important to our understanding of disease."

But critics question all that.

"It's a bit antiquated in terms of its scientific use," says David Prentice, vice president and research director at the Charlotte Lozier Institute, an organization that is opposed to abortion. He dismisses the idea that fetal tissue is scientifically indispensable.

"This is no longer any type of cutting-edge research," he says. "It might have been the gold standard back in the 1950s and the 1960s. But we're long past that."

Prentice and some others say that cells from animals, or from human umbilical cords, or cells known as induced pluripotent stem cells — created by genetically engineering cells from adults to revert to an earlier, embryonic-like state — are much more useful.

"The induced pluripotent stem cells are a much better model, because you can take those directly from patients to even study a disease in the dish," Prentice says.

Goldstein says that the research in fetal-derived tissue is much farther along — and that no one can be sure yet that any of the alternatives will work as well. Still, Prentice isn't alone in his criticism.

"We believe it is neither necessary for the advancement of science and the discovery of new cures, nor is it ethical," says Kathleen Schmainda. She's a professor of radiology and biophysics at the Medical College of Wisconsin, and among a group of scientists there who oppose the use of aborted fetal tissue in research. They wrote an editorial earlier this month in the Milwaukee Journal Sentinel to explain their reasoning.

"You're basically taking the life of one member of human society to use for the life of another," Schmainda says. Using aborted tissue drives away scientists who have moral qualms about using fetal tissue, she asserts.

"This practice of basically linking up science with the abortion industry corrupts what we do," she says. "And, I would argue, it corrupts the science and the discovery that can take place."

Other researchers dispute Schmainda's assertion. Fetal cells remain crucial for many lines of research, they say, and the work can be done ethically.