Ladies, New York City Wants You To Consider An IUD

Ladies, New York City Wants You To Consider An IUD 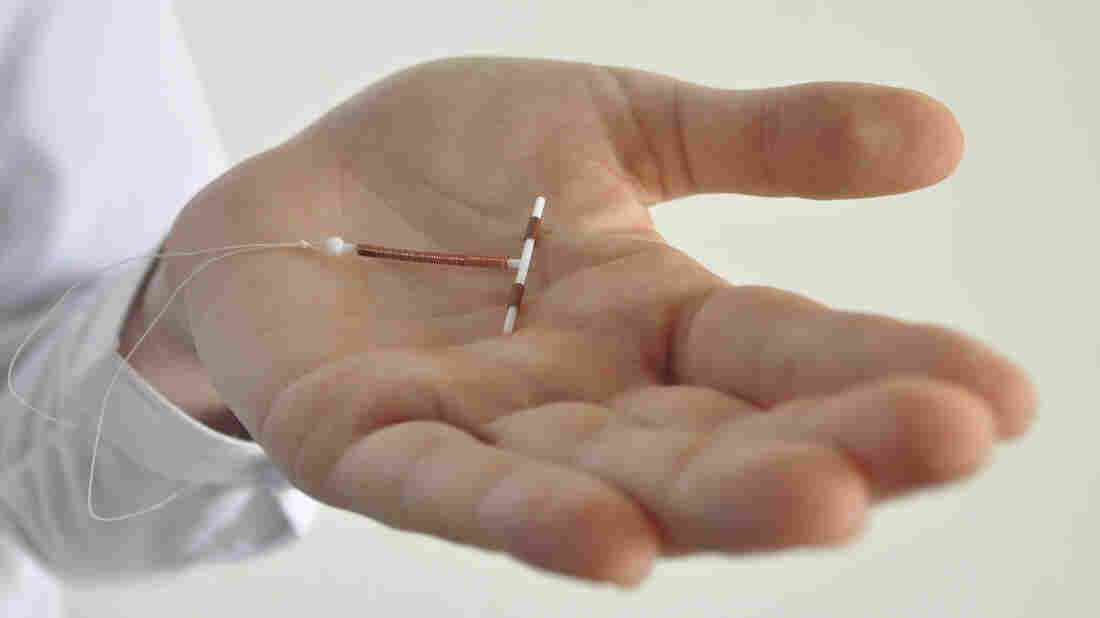 New York City's health department launched the "Maybe the IUD" campaign this week, aimed at increasing awareness about the IUD as a highly effective and low-maintenance option for birth control. iStock hide caption 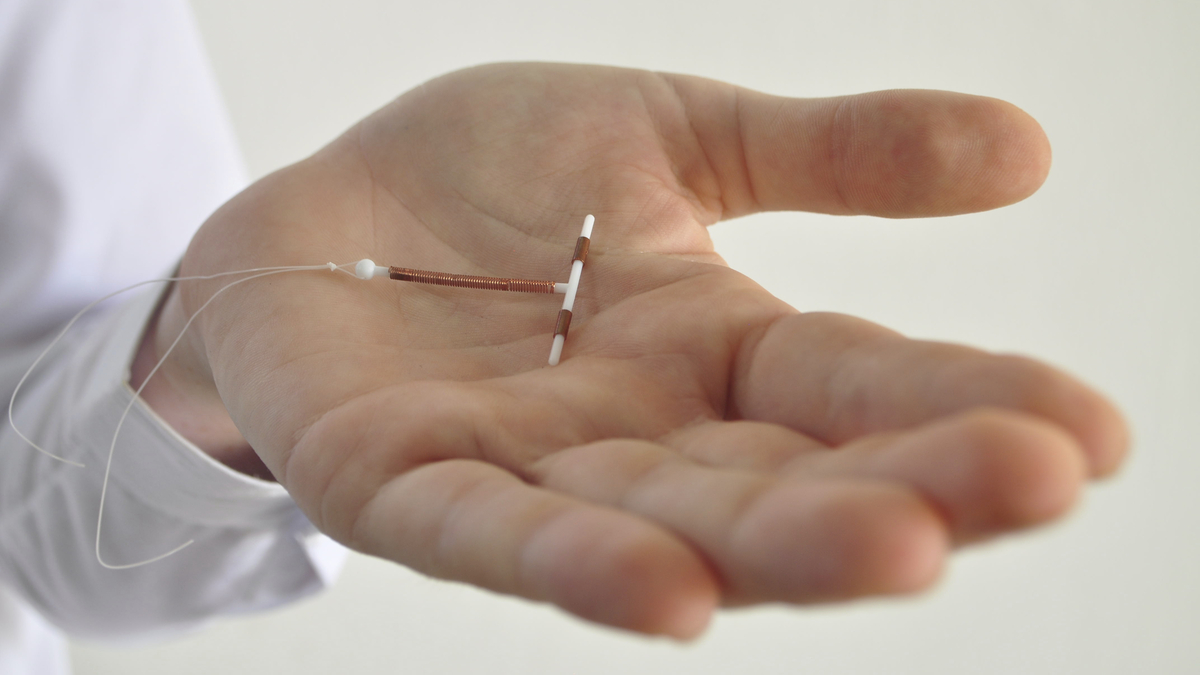 New York City's health department launched the "Maybe the IUD" campaign this week, aimed at increasing awareness about the IUD as a highly effective and low-maintenance option for birth control.

The New York City Health Department is at it again, this time with ads in the subway and on bus shelters chatting up the glories of IUDs.

"You spent the night in Brooklyn," one brightly colored poster reads. "But you left your birth control in Staten Island. Maybe the IUD is right for you."

The cheeky ad campaign isn't a huge surprise, seeing as these are the same folks who brought New York an app that helps to locate a free condom on a big night out and the program allowing New York City teens to get mental health help via text.

But how did they decide that intrauterine devices, a long-acting form of birth control, should be a conversation starter on the morning commute? 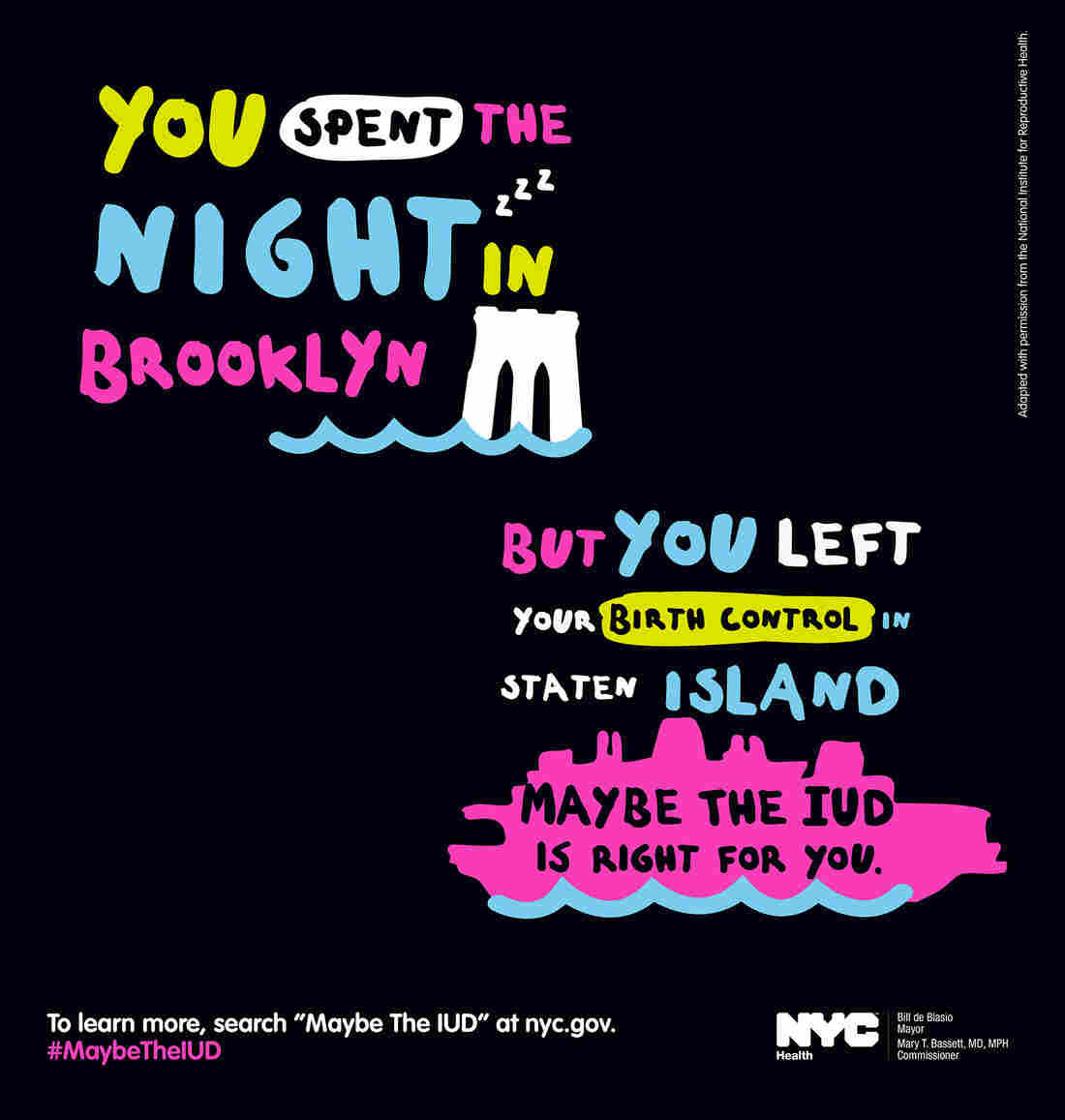 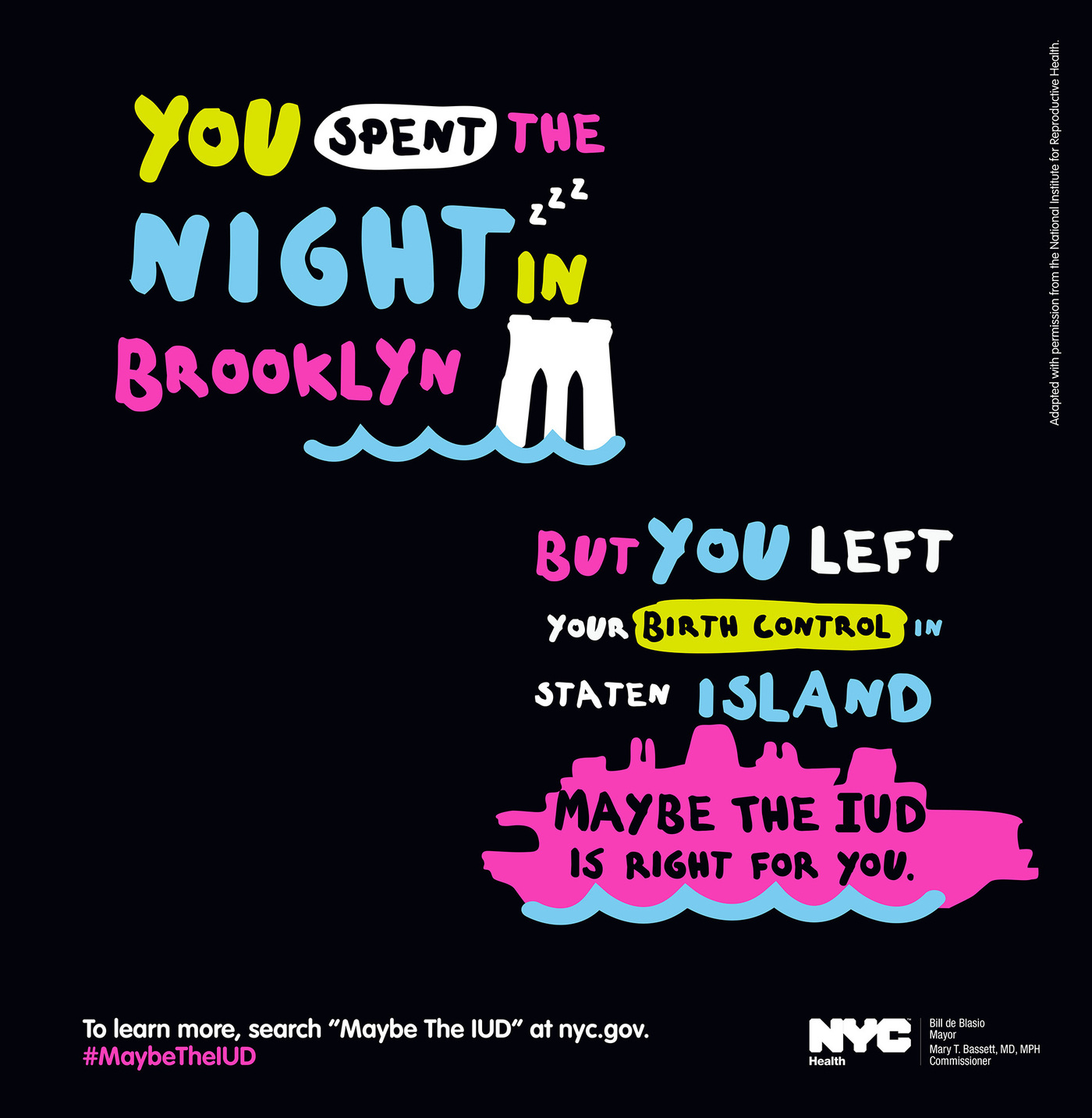 "Sex is part of life. Talking about birth control is part of life," says Deborah Kaplan, the assistant commissioner for the Bureau of Maternal, Infant and Reproductive Health for the New York City Health Department. "And if we can make this more open, we think more women will be comfortable going to their providers, asking about this and thinking about the different options they have."

There's good reason to think that not enough women know their options when it comes to birth control. Of every 10 pregnancies in New York City, Kaplan says, six are unintended.

The health department launched the "Maybe the IUD" campaign this week, aimed at increasing awareness about the IUD as a highly effective and low-maintenance option for birth control. Studies have found that it's more effective than the pill at preventing pregnancy, and the models currently in use are considered quite safe. "This is a method that a lot of people don't know about [and] there's a lot of misinformation or lack of information," Kaplan says.

While the IUD — a small, T-shaped device that is inserted into a woman's uterus — might not be for everyone, Kaplan wants women to have accurate information about it. Such as how it's safe for women with a history of sexually transmitted infections. And how it can last for three to 10 years and can be removed at any time without affecting a woman's future fertility.

And although the IUD is the star of this show, the conversation they want to start is about more than one particular form of birth control. Kaplan and her colleagues want women to understand their choices and know where in the city they can get those birth control options for a low cost or free.

In order to get the message out, the health department is partnering with the City University of New York (CUNY). Many of CUNY's students lack access to information and services related to reproductive health care, Kaplan says. And a majority of CUNY students are in their 20s, she says, the age at which half of all unplanned pregnancies occur. "Being able to plan your pregnancies is a critical piece of moving forward with your goals around education."

IUDs and other birth control methods are covered as a primary care benefit with no cost to those with health plans under the Affordable Care Act, Kaplan says. Women who do not qualify for insurance plans under the Affordable Care Act can search for providers who offer birth control for low or no cost, and anyone can find more information on IUDs by visiting the health department's website.