Accessibility links
Overtesting Of Employees Can Be A Side Effect Of Workplace Wellness : Shots - Health News Cholesterol screening is probably the most contentious test. Medical groups differ on the age at which testing should start and how often cholesterol should be measured.

Overtesting Of Employees Can Be A Side Effect Of Workplace Wellness

Overtesting Of Employees Can Be A Side Effect Of Workplace Wellness 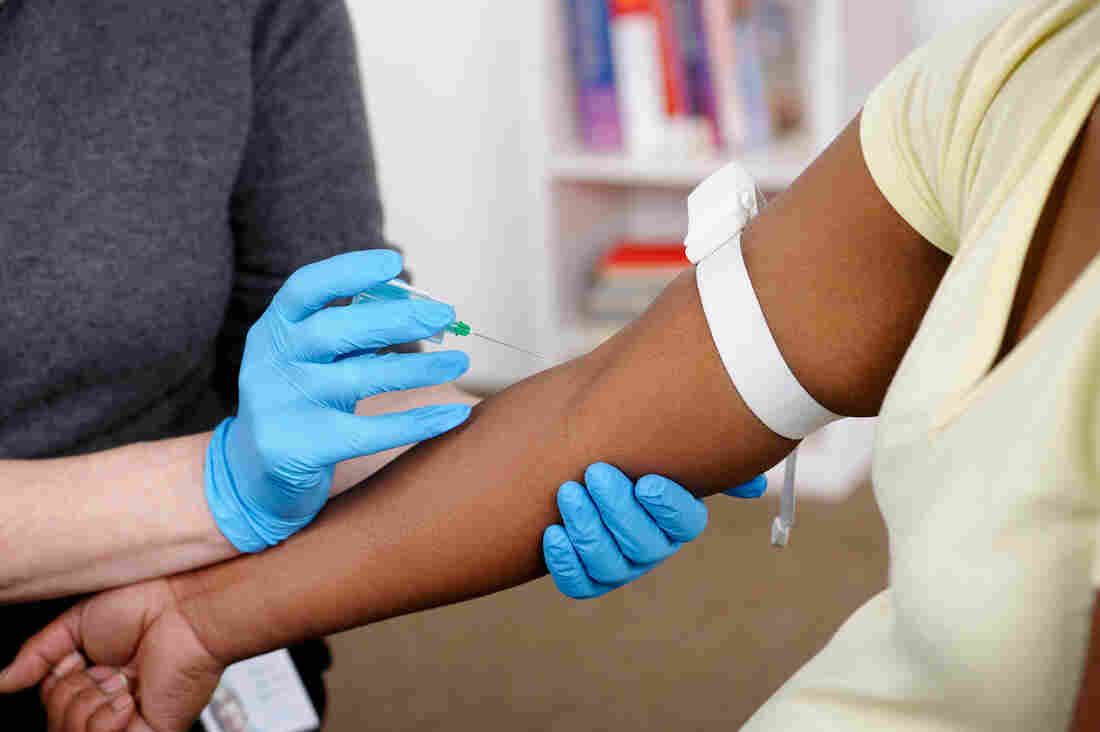 When is the right time to get a cholesterol test at work? iStockphoto hide caption 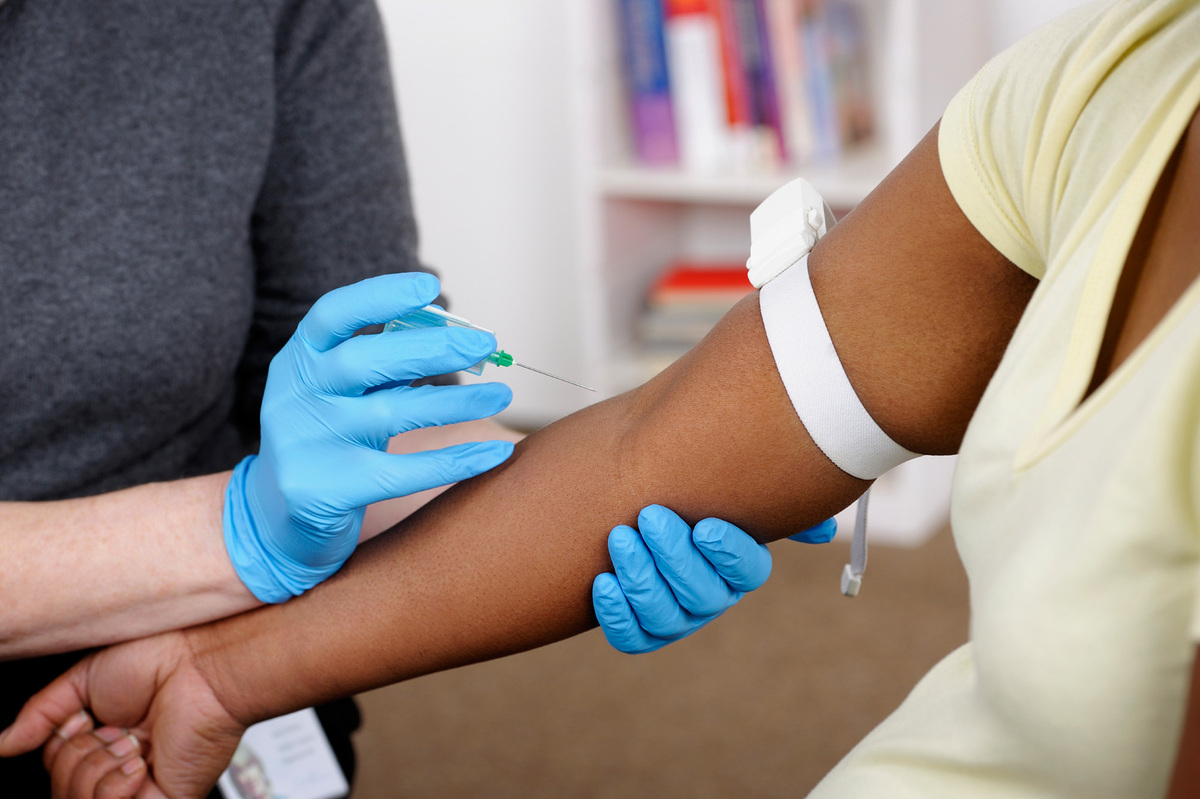 When is the right time to get a cholesterol test at work?

As health insurance open season heats up for businesses, many employees will discover that participating in their company's wellness program includes rolling up their sleeves for blood tests.

Across the country, half of large employers offering health benefits have wellness programs that ask workers to submit to medical tests, often dubbed "biometrics," that can involve a trip to a doctor's office, lab or workplace health fair.

While aimed at uncovering potential health risks early to head off serious and costly problems, the programs that involve those biometrics are also controversial. Will the screening exams actually improve health, or merely add to a culture of overtesting that is helping drive up the cost of health care?

So far, research is mixed on whether workplace wellness offerings truly save employers money. The Rand Corp. says most don't, with the exception of programs targeted at managing specific diseases, such as diabetes. Still, Rand found that programs can help spur employees to quit smoking, get more exercise and lose a bit of weight.

The debate hasn't slowed growth in workplace wellness, now estimated by Rand as a $6 billion a year industry, with most employers offering some kind of program, which must be voluntary. Many link financial incentives to employee participation, with a small percentage actually tying the rewards or penalties to meeting specific health targets.

Wellness In The Workplace

"Biometrics are growing," as a way to help workers know if they face health challenges "they may not even know they have," said Paul Coppola, head of wellness programs offered by insurer Aetna, which says participants are often able to reduce their risk factors by joining.

But Al Lewis, whose company offers alternatives to traditional wellness programs, said they are overselling their benefits and underplaying their risks.

Workplace programs that test everyone every year "are massively overscreening people," which could lead to false positives, unneeded medications or higher expenses for them and their employers, said Lewis, author of Why Nobody Believes the Numbers, a critique of workplace wellness programs.

What Are They Testing?

Asking employees about smoking or checking their blood pressure isn't controversial, but there is less agreement about some of the other tests included in many wellness programs.

That's mainly because most require a package that is one size fits all, not stratified based on whether a worker is 25 with no risk factors or 35 with parents who died of heart attacks in their 40s. Testing a broad cross section of adults every year with a range of screening exams poses some risks, medical and policy experts say.

All screening tests carry the potential to give a false positive result, meaning they suggest people have a problem that they don't; or a false negative, which could incorrectly reassure people that everything is OK.

"We can set individual goals for each person," said Jim Pshock, president and CEO of Bravo Wellness, which runs wellness programs for employers. "The hope is that the program will get people to proactively see their physicians to manage their health risks. Yes, this will, hopefully, mean more prescription drug utilization and office visits, but fewer heart attacks and cancers and strokes."

Among the tests commonly included in workplace programs, cholesterol screening, which measures the levels of particular types of fats in the blood, is probably the most contentious.

That's because medical groups differ on the best age to start testing and the frequency.

And, as researchers learn more about cholesterol's role in heart attack and stroke, recommendations have changed on optimal levels, as have ideas on which levels should prompt patients to take medications, called statins. Those drugs are widely used and credited with helping lower heart attack risk, but they can also cause serious side effects in some patients.

The American Heart Association recommends testing every four to six years for people with normal levels, starting at age 20. But other groups, including the influential U.S. Preventive Services Task Force, generally recommend starting tests at older ages, unless a person has other risk factors for heart disease.

"Asking every 23-year-old to get lipid [cholesterol] screening is not consistent with national recommendations ... and furthermore adds to the costs," said David Grossman, medical director of Group Health Cooperative in Seattle. Group Health's own wellness program doesn't include cholesterol testing but asks whether participants use tobacco, assesses their body mass index — a ratio of height and weight — and checks their blood pressure.

Wellness programs that simply measure LDL cholesterol are a waste of time, said Barbara Roberts, director of the women's cardiac center at Miriam Hospital in Rhode Island and author of The Truth about Statins: Risks and Alternatives to Cholesterol Lowering Drugs.

That's because studies have shown that HDL levels are a better predictor of heart disease risk, she said.

But what's the harm in knowing your numbers?

"The harm is you would be put on medication needlessly," if they are basing it on the wrong standards, said Roberts.

Instead of just a cholesterol screen, more employer programs are testing for what is called metabolic syndrome, which is evidenced by a cluster of five risk factors — large waist size, high triglycerides, low HDL cholesterol levels, and elevated blood pressure and blood sugar — and thought to increase the odds for heart disease, stroke and diabetes.

By organizing health test information in that way, it can be easier for the worker to understand, said Coppola at Aetna, whose own in-house program has seen scores improve as a result of the focus.

"We see someone with five risk factors, for example, reduce to just four, which helps," he said.

Still, many programs simply test for blood glucose levels, which is a measure of sugar in the blood. Elevated levels could indicate diabetes or a risk of developing the condition. And, as with cholesterol screening, broad-brush testing, particularly for younger people or those without risk factors, is not recommended by medical societies.

The U.S. Preventive Services Task force recommends glucose screening for adults without symptoms only if they have high blood pressure or other risk factors for diabetes, which include being overweight, having high blood pressure or having a family history of diabetes. Slightly different recommendations come from the American Diabetes Association, which says all adults older than 45 should be screened, as well as anyone of any age with risk factors.

Even with the differing recommendations on widespread screening, workers who take advantage of programs offered to help improve their health — and discuss the test results with their doctors — will get the most out of the programs, proponents say.

"I would love it when a patient brought one in," said Wayne Riley, president of the American College of Physicians and a professor of medicine at Vanderbilt University School of Medicine in Nashville. "It's a patient empowerment tool and also helpful to help me guide the care of my patients."