Accessibility links
Freezing Ovaries Before Cancer Treatment May Preserve Fertility : Shots - Health News One-third of women who froze ovarian tissue before undergoing cancer treatment and later had it transplanted back ended up having babies, according to a study of women in Denmark. 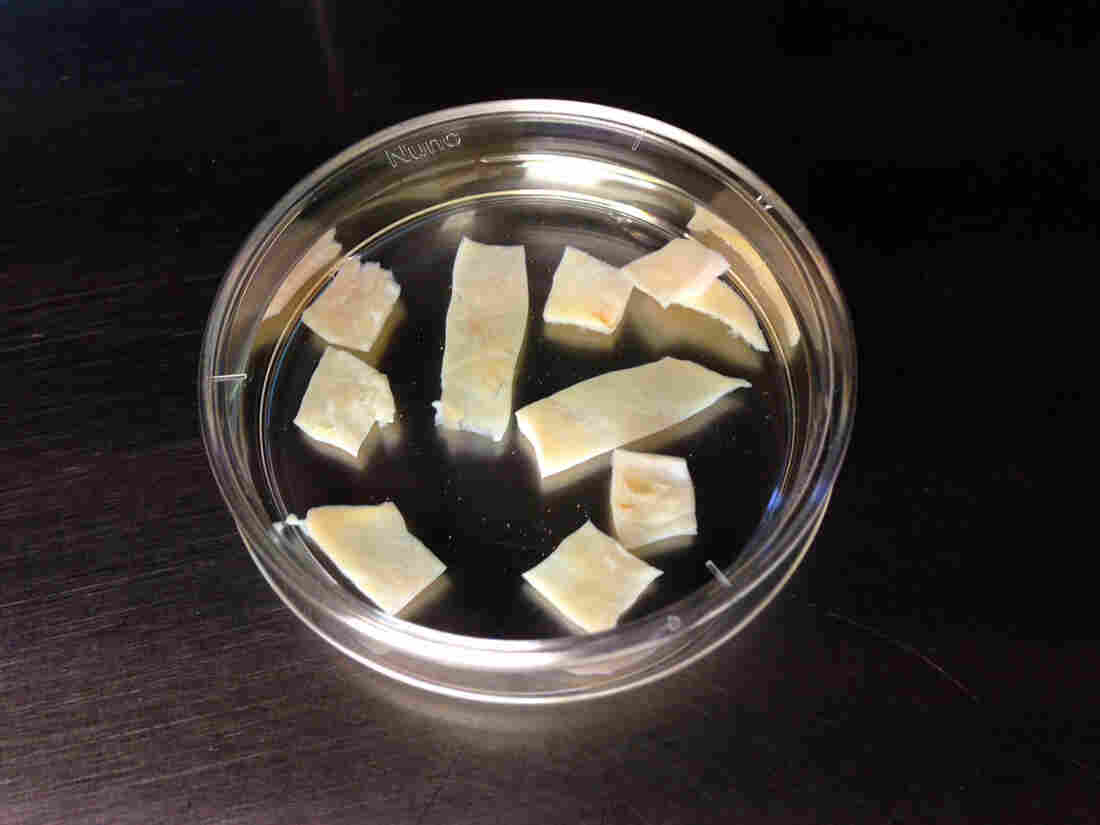 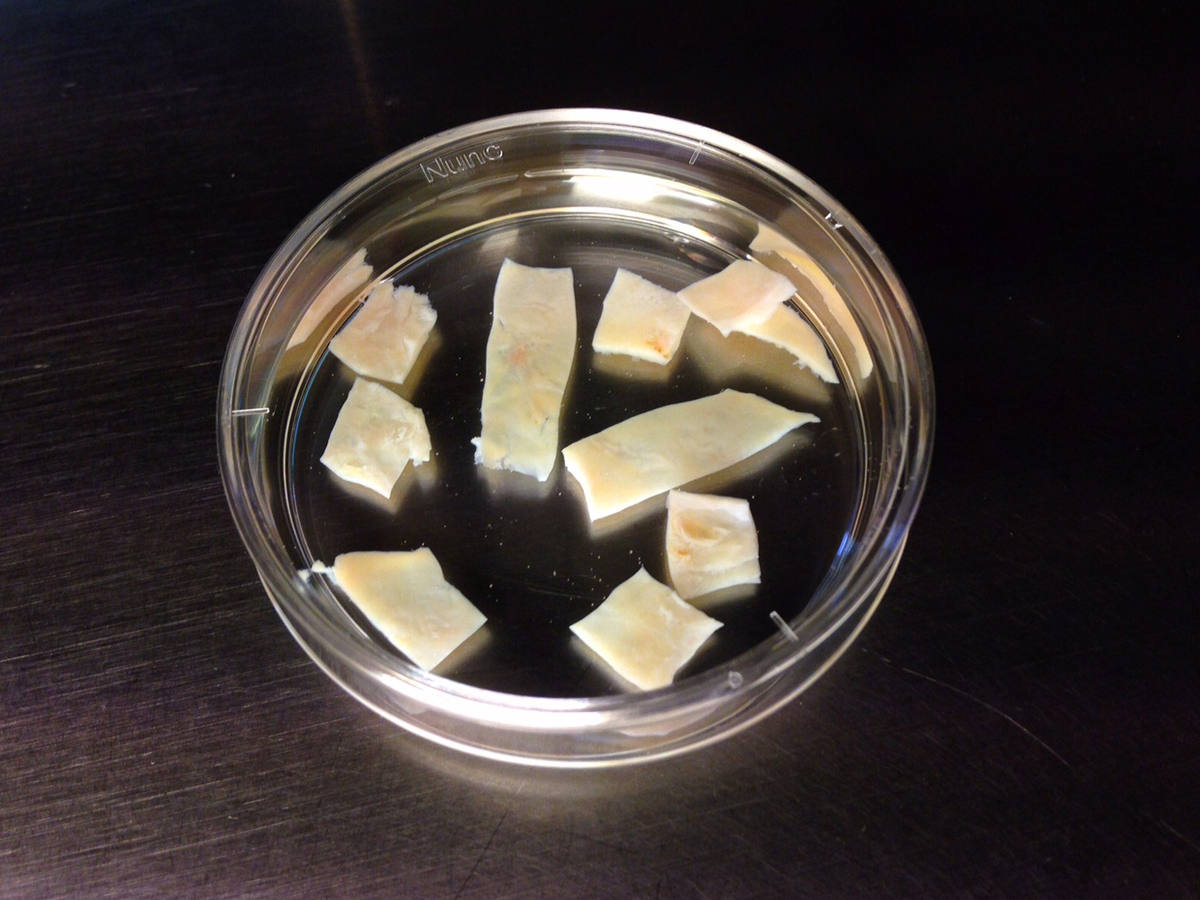 Ovarian tissue containing hundreds of small resting eggs is prepared to be transplanted back after cancer treatment.

Women with cancer often lose their fertility after chemotherapy and radiation. But fertility can be restored in some women by removing all or part the ovary, freezing the tissue before cancer treatment and then transplanting it back afterward.

Danish researchers looked at 41 women who underwent the procedure between 2003 and 2014. They found that about one-third who tried to have a baby actually succeeded.

It's the largest number of transplants evaluated since doctors started doing the procedures in the early 2000s.

"This is a valid method and this does provide fertility to patients," says Claus Yding Andersen, a reproductive physiologist at Copenhagen University who helped conduct the study, which was published Tuesday in the journal Human Reproduction.

"Obviously, the thing that interests them the most is to survive the cancer," Anderson says. "But immediately after that they would say they are really interested in maintaining their fertility."

Women undergoing cancer treatment typically would have less than a 5 percent chance of getting pregnant later, says Glenn Schattman, an associate professor of reproductive medicine at the Weill Medical College of Cornell University.

"The take-home message is that it's a promising technique that offers the chance of preserving someone's fertility in the future," says Schattman, who was not involved in the study.

The success is renewing a debate about whether ovarian transplants should be offered to women without cancer, including those who are worried they're running out of time to have a baby. 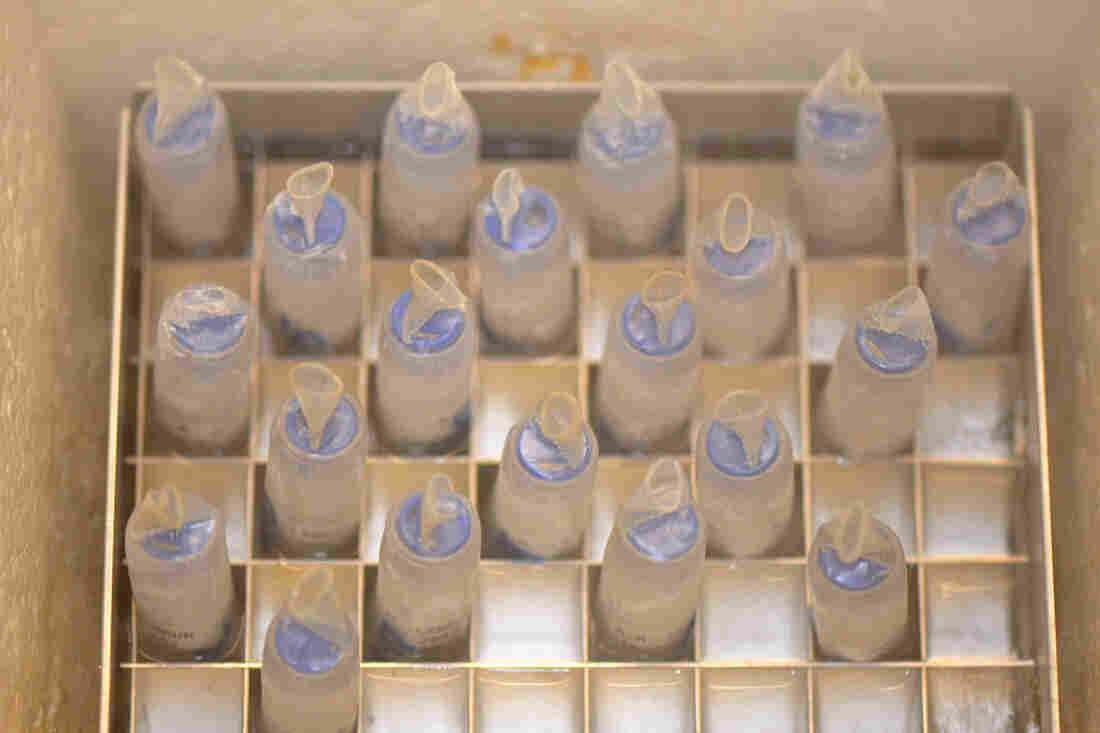 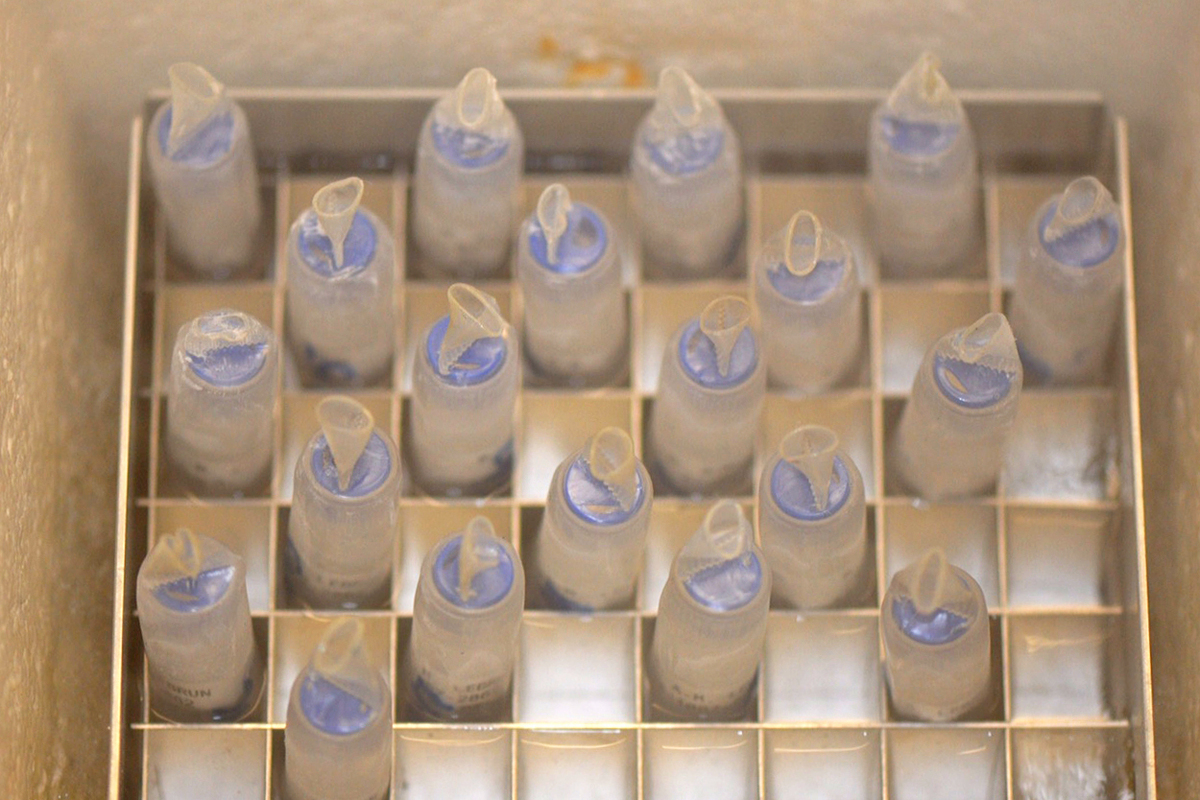 Tubes with ovarian tissue are frozen in liquid nitrogen.

"So many women are coming into our clinics at age 42 wanting to have a baby and it's kind of too late for the vast majority of them," says Sherman Silber, who performs the procedure at the Infertility Center of St. Louis, a private clinic he runs.

"Either for cancer patients or even for women that wish to delay childbearing, this is a very effective technique," Silber says.

Andersen says that may be true some day. But he argues that much more research needs to be done first.

And Schattman and other fertility experts argue that egg and embryo freezing are much simpler and safer options for women without cancer who wish to preserve their fertility.

"I think for regular fertility preservation in young girls I think it is not appropriate medical care," Schattman says.

The ovarian transplant procedure involves surgically removing all or part of one ovary and then another surgery to transplant it back after cancer treatment. Both surgeries are low-risk, but all surgeries do carry some risk.

About a decade ago, doctors like Andersen started trying the transplants, which at the time were considered highly experimental.

Births to women who have undergone this procedure have been reported sporadically over the years, but no one really knew how effective the approach is.

That led Andersen and his colleagues to look at women in Denmark, which has done more of the procedures than any other country.

The new study focused on 32 women who had undergone cancer treatment and who wanted to get pregnant after ovarian transplant.

Ten succeeded, producing 14 babies, the researchers reported. More women were pregnant when the research paper was being written.

The transplanted tissue can continue functioning for years — in some cases even five or 10 years, Andersen says.

"They have a chance to conceive every month," he says.

The researchers also found no evidence that the women who underwent the procedures are at increased risk for a recurrence of their cancer, which has been a concern, he says.

Since the procedure seems safe and seems to be working so well, all women who still want to have children should consider freezing ovarian tissue when they are facing cancer treatment, Andersen says.

"This is now slowly getting to the point where we can start to consider this as something which should be offered to young women with cancer," he says.