Accessibility links
States That Declined To Expand Medicaid Face Higher Costs : Shots - Health News The 22 states that didn't ease Medicaid eligibility under Obamacare cover a much smaller percentage of their low-income residents than other states do and have seen their costs rise more. 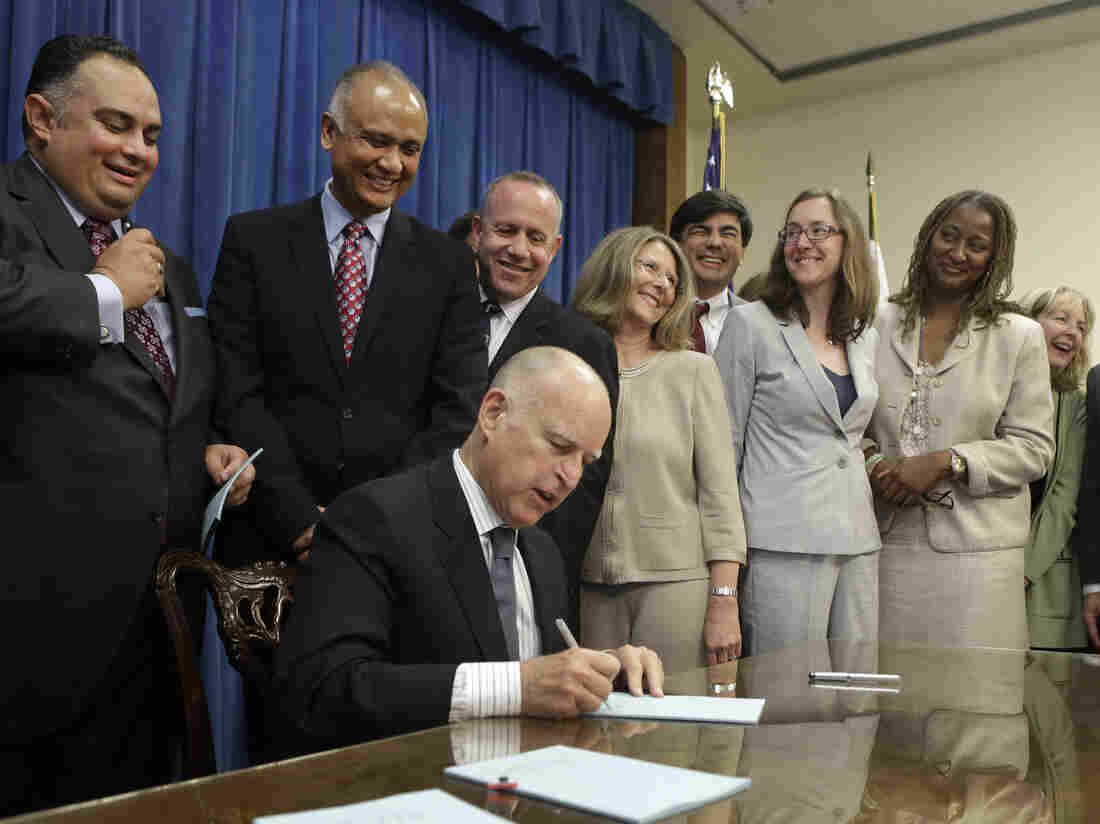 Gov. Jerry Brown signed California's Medicaid expansion bill into law in June 2013. Since then, the number of people enrolled in Medi-Cal, the state's version of Medicaid, has surged. Rich Pedroncelli/AP hide caption 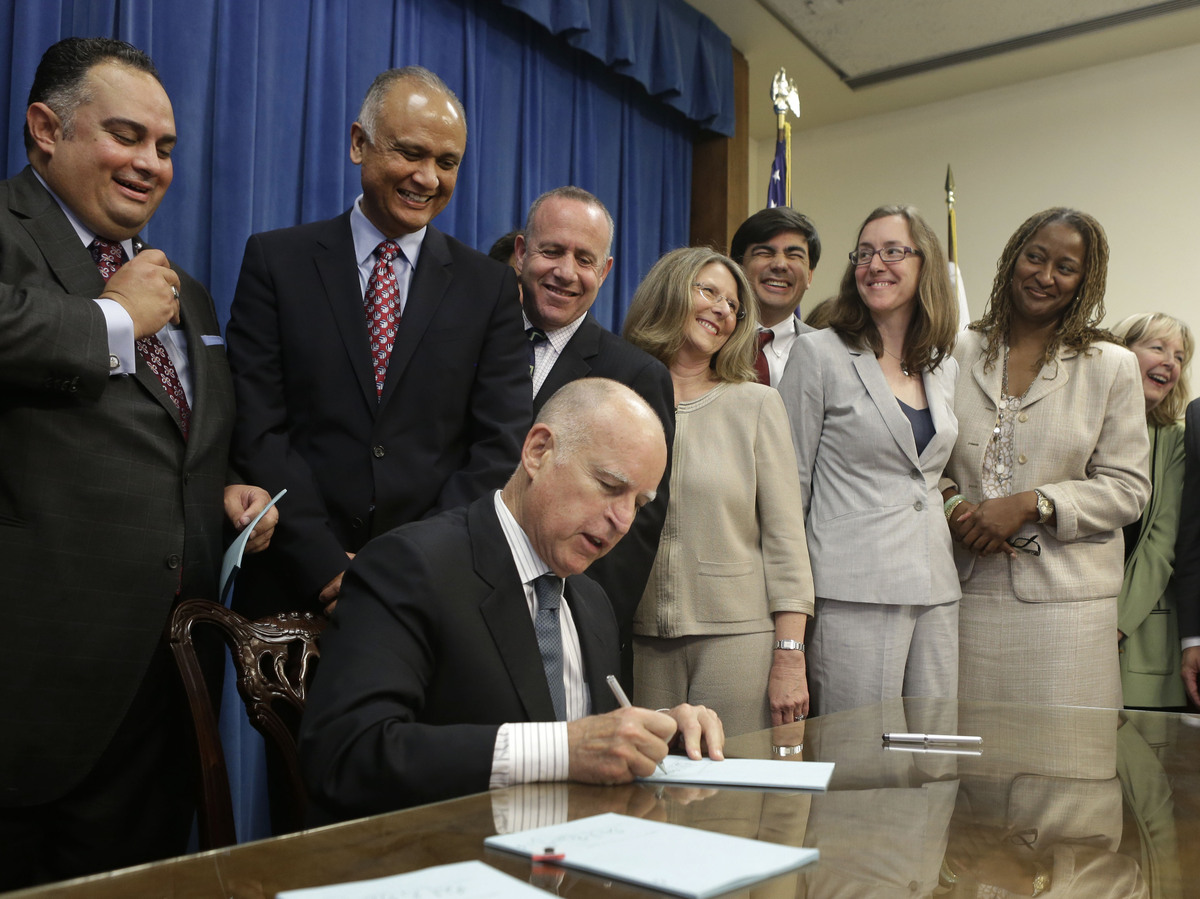 Gov. Jerry Brown signed California's Medicaid expansion bill into law in June 2013. Since then, the number of people enrolled in Medi-Cal, the state's version of Medicaid, has surged.

The 22 states that didn't expand Medicaid eligibility as part of Obamacare last year saw their costs to provide health care to the poor rise twice as fast as states that extended benefits to more low-income residents.

It's a counterintuitive twist for those states whose governors, most Republicans who opposed the Affordable Care Act, chose not to accept federal funds to extend Medicaid to more people.

A Kaiser Family Foundation survey of Medicaid directors in all 50 states and Washington, D.C., showed that those that didn't broaden coverage saw their Medicaid costs rise 6.9 percent in the fiscal year that ended Sept. 30. The 29 states that took President Obama up on his offer to foot the bill for expanding Medicaid saw their costs rise only 3.4 percent.

That modest increase in Medicaid spending in the expansion states came even as the rate of Medicaid participation rose 18 percent, three times as much as the states sitting out.

Before Obamacare, able-bodied adults who didn't have children weren't eligible for Medicaid. The expansion allows all adults with incomes up to 138 percent of the poverty level to enroll. The federal government pays the entire bill for those people through 2016, after which the federal share tapers down to 90 percent.

In the first two years of eligibility, tens of millions of people have signed up for Medicaid in those states that participated.

There have been stark differences between states that take up the expansion and those that don't.

Texas, for example, hasn't expanded eligibility and its rolls have increased by about 192,000 people in the last two years, or just 4.3 percent. Federal reimbursements to the state fell last year from 58.05 percent to 57.13, according to the Kaiser study.

California, by contrast, was among the first states to sign on to the expansion. Enrollment in Medi-Cal, the state's name for Medicaid, grew by 30 percent in the first year. All told, 3.4 million Californians were added to the Medi-Cal rolls between Sept. 2013 and July 2015.

In many states, legislators have been battling over whether to accept the federal money to pay for health care for more of their poor residents or continue to refuse on principle because they opposed the Affordable Care Act.

Wyoming lawmakers said no to expansion. Montana and Alaska, however, are joining in this fiscal year.