Accessibility links
Hunter-Gatherers May Not Be Sleeping Much Either : Shots - Health News It's tempting to think that our forebears got lots of blissful snooze time. But modern-day hunter-gatherers aren't getting more than 6.5 hours a night, researchers say. And that's without smartphones. 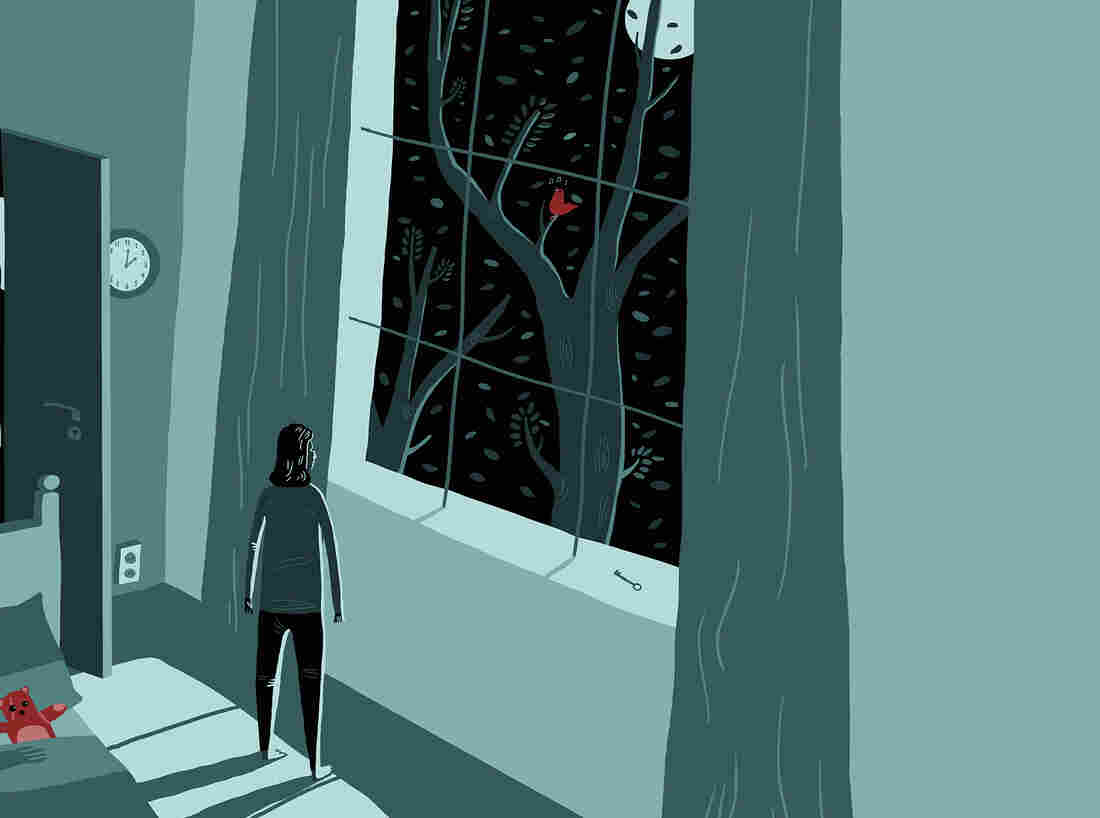 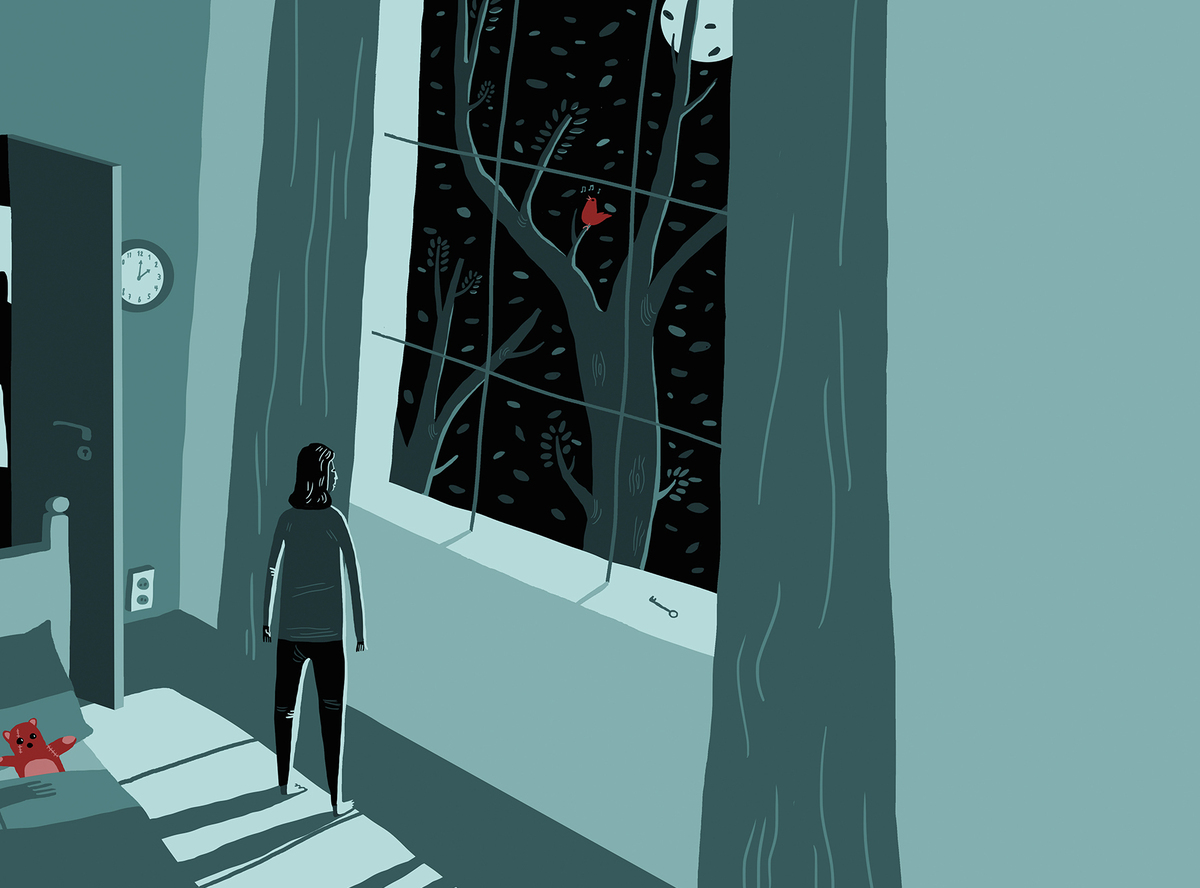 In America, it seems only unicorns get seven or eight hours of sleep a night, and the rest of us suffer. But people may be meant to sleep as little as 6 1/2 hours nightly and were doing so long before the advent of electricity and smartphones, researchers say.

To find that out, they consulted with some of the few people on the planet who live roughly the same lifestyle humans did in the Paleolithic.

Psychiatrist and sleep researcher Jerome Siegel at UCLA's Semel Institute of Neuroscience and Human Behavior started studying three different hunter-gatherer groups in Africa and South America. "All three don't have any electricity, don't have any of the sort of modern electronic developments that many think have reduced our sleep," he says.

Those hunter-gatherers spent about seven or eight hours a night in bed, but they slept for just five to seven of those hours, according to the study, published Thursday in Current Biology. "It's clear that the amount of sleep that all of these groups get is at the low end of what we'd see in the United States today," Siegel says. Sleeping that little has been linked to everything from shorter life span to stomach problems and weight gain in industrial societies.

But unlike many people in the United States or Europe who sleep less than seven hours a night, members of the Hadza in Tanzania, San in Namibia, and Tsimane in Bolivia tend to be very healthy. There's virtually no obesity, many have very long lives, and nearly everyone in these societies does not have trouble sleeping. "Approximately 20 percent of our population complains of chronic insomnia at some point," Siegel says. "The two groups we quizzed on this don't have a word for insomnia."

That raises a lot of questions about why we think we need eight hours of shuteye. "That classic teaching that adults need seven or eight hours of sleep has to do with population-based evidence," says Dr. Indira Gurubhagavatula, a sleep expert at the University of Pennsylvania Perelman School of Medicine who was not involved with the study. "This paper questions, is that data flawed? And if so, how or why? Or it could be that the sleep we're getting is lower quality, and we need more of it to feel restored?"

Siegel thinks that might be because we evolved in the environment's natural 24-hour pattern of light and temperature, but we're cut off from that rhythm now. By contrast, these hunter-gatherers go to sleep a few hours after sunset, when the night gets chilly. They wake up when the day begins warming from the sunrise.

Following Earth's natural tempo in this way could improve the quality of their sleep, says Kristen Knutson, a sleep researcher and biomedical anthropologist at the University of Chicago. Our bodies' core temperature also cycles this way, regardless of air conditioning or heating. "If their sleep is following the environment's temperature rhythm more closely and naturally, then their sleep quality may indeed be better than what is happening in the United States," she says.

Researchers already know that light and temperature play an important role in sleep. Light can reverse jet lag and help set internal clocks, and people fall asleep more easily when their core body temperature falls. This all could contribute to why hunter-gatherers' sleep less than we do on average, Gurubhagavatula says.

And it could also mean that many non-hunter-gatherers may not need to sleep eight or more hours a night. "I think the beauty of this current study is that maybe we shouldn't be ramming this requirement down [every person's] throat so to speak," she says.

That's not to say that there aren't lots of people who are incredibly sleep-deprived, Gurubhagavatula says. Light and temperature aren't the only things dictating how much we sleep. "It's our activity and diet and stress level. I see patients who are single parents and have three jobs, and they'll be lucky to have five hours of sleep and are tired all the time." Those people need more sleep.

There are other habitual short sleepers in our society — truck drivers, graduate students, and idiot reporters who should know better — with lifestyles vastly different from a hunter-gatherer. "[They're] not the same as someone in our society who only sleeps 6 1/2 hours," says Dr. Elizabeth Klerman, a sleep researcher at the Harvard Medical School and Brigham and Women's Hospital in Boston. So it could be unhealthy for people in industrial societies to sleep that little.

What's natural for a hunter-gatherer might not be natural for everyone, Siegel agrees. "I don't think we could just fling someone back into an equatorial lifestyle, and that'll be entirely beneficial," he says. But he's excited about other possibilities. If hunter-gatherers are sleeping better because they're more in tune with the daily temperature cycle, maybe we can do the same by programming thermostats to echo conditions outside. "That's a specific aim of my next grant," he says.

Angus Rohan Chen is a reporter and radio producer living in New York City. He has a dry wit and no hobbies. Please be his friend on Twitter @angRchen.