Accessibility links
Calls Continue For EPA To Clean Up Former Lead Production Site In Philly : Shots - Health News A recent federal study found between 11 and 13 percent of children in the neighborhoods surrounding an old factory site in Philadelphia had elevated levels of lead in their blood. 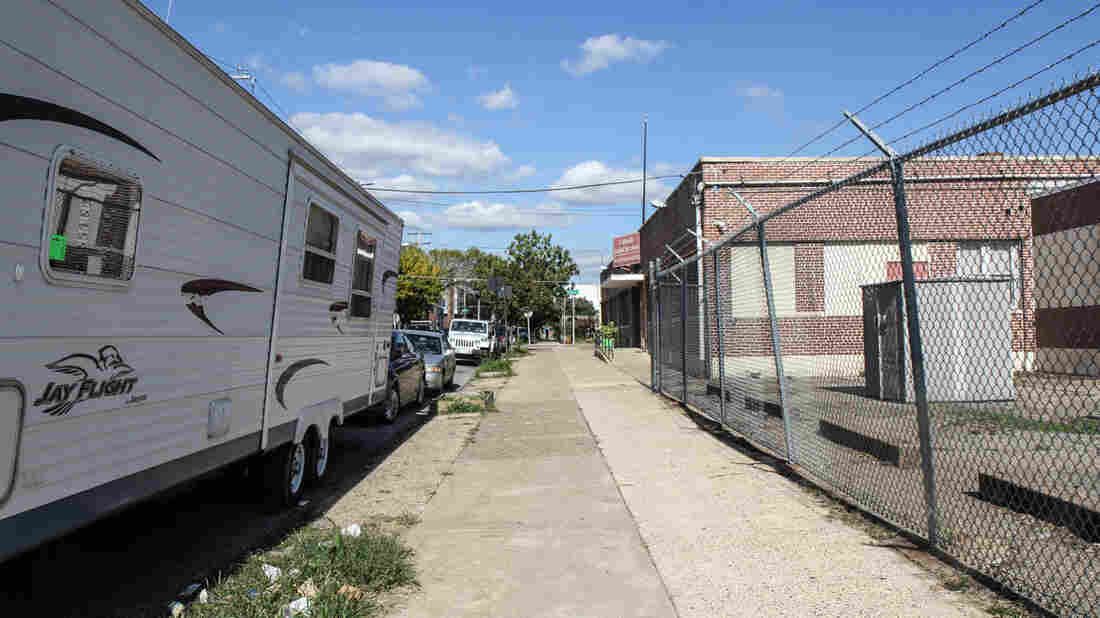 A production facility that created lead paint and other lead products once stood at Almond and Cumberland Streets, across Aramingo Avenue in Philadelphia. Kimberly Paynter/WHYY hide caption 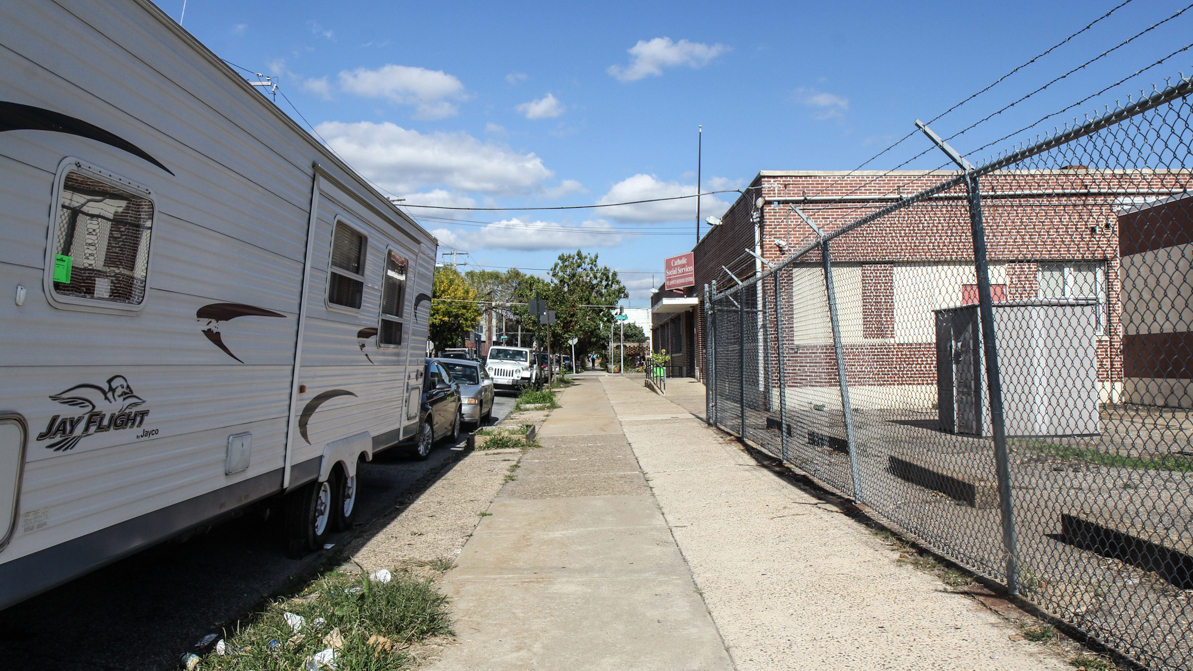 A production facility that created lead paint and other lead products once stood at Almond and Cumberland Streets, across Aramingo Avenue in Philadelphia.

A recent federal study is reigniting decades-old worries about contamination in the neighborhoods that surround an old lead production plant in Philadelphia.

The study found high numbers of children in the area had elevated blood lead levels. While it's hard to pinpoint where exactly where that lead is coming from, local activists are calling for the EPA to step in.

Today, the former factory site in North Philadelphia is a commercial strip, home to a gas station, an Applebee's and a Dunkin' Donuts. Row houses all around are being rehabbed and increasing in value. But longtime residents like Joann Hand remember the lead smelters that stood here until the late 1990s.

"We played in the lot when we were younger — we used to have a baseball team coming out of there," Hand says, pointing to an empty lot near the former plant office. "Nobody ever told us how bad it was; how high the levels were. I mean, we knew something was going on, but we just didn't know nothing because we had no information on it."

Federal testing made public last month found about 1 in 7 kids in neighborhoods surrounding the site had elevated levels of lead in their blood. That's compared to a national average of 1 in 40.

"I would love to say that I'm shocked, but obviously we're not," says Sandy Salzman, head of the local community development corporation. She says 71 percent of soil samples taken in the neighborhood also had elevated lead levels.

That's something Mary Jean Brown with the Centers for Disease Control and Prevention was focusing on last week.

"Our state health department folks who do lead are at a big meeting here in CDC, and so the theme of that meeting has been, 'it's not done yet,' " Brown says.

Half a million U.S. kids age 1 to 5 still have elevated blood lead levels. Lead can impact IQ, ability to pay attention and academic achievement even in cases of mild exposure.

It is often difficult to pinpoint where the lead is coming from. Brown says emissions from lead smelters like the one in Philadelphia, lead paint flaking off homes and leftover particles from leaded gasoline get all mixed up in soil.

"Lead paint doesn't have a fingerprint that you could test for chemically that's different from the chemical signature from the lead that was being smelted at the factory, or from the gasoline emissions," Brown says. "So being able to find a smoking gun source is not really possible at least now."

This inability to pinpoint the cause can complicate who's responsible for clean-up efforts. And as bad as lead poisoning is near the former lead plant, it's just as bad in the rest of Philadelphia.

That doesn't change Sandy Salzman and her community development corporation's demand for the Environmental Protection Agency to step in.

"Whoever's causing this or wherever it's coming from, it has to be fixed," she says. "Obviously if this is what's going on throughout the city, it needs to be fixed citywide, but I want to see my neighborhood fixed first. We've been fighting this fight for a very long time."

The EPA said it hopes to decide within the next few months if soil cleanup needs to be done.