Accessibility links
Suing A Nursing Home Could Get Easier Under Proposed Federal Rules : Shots - Health News Many families must sign a binding arbitration agreement when a loved one is admitted to a nursing home, pledging not to sue if something goes wrong. Proposed rules would ban that requirement. 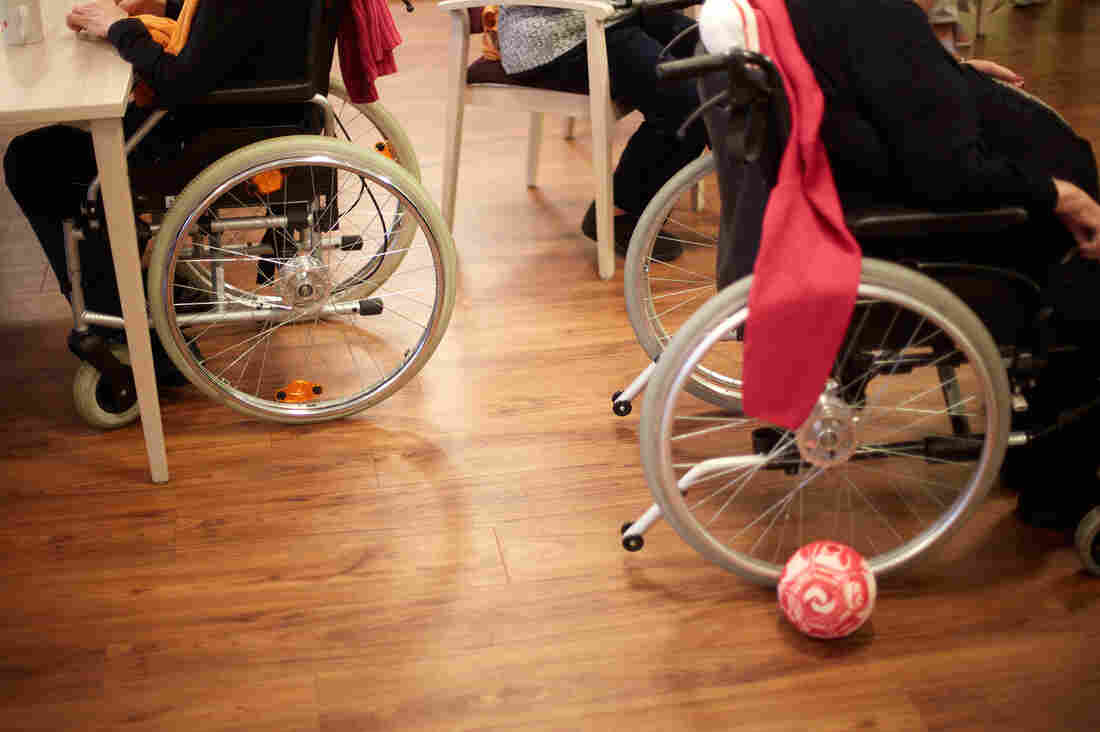 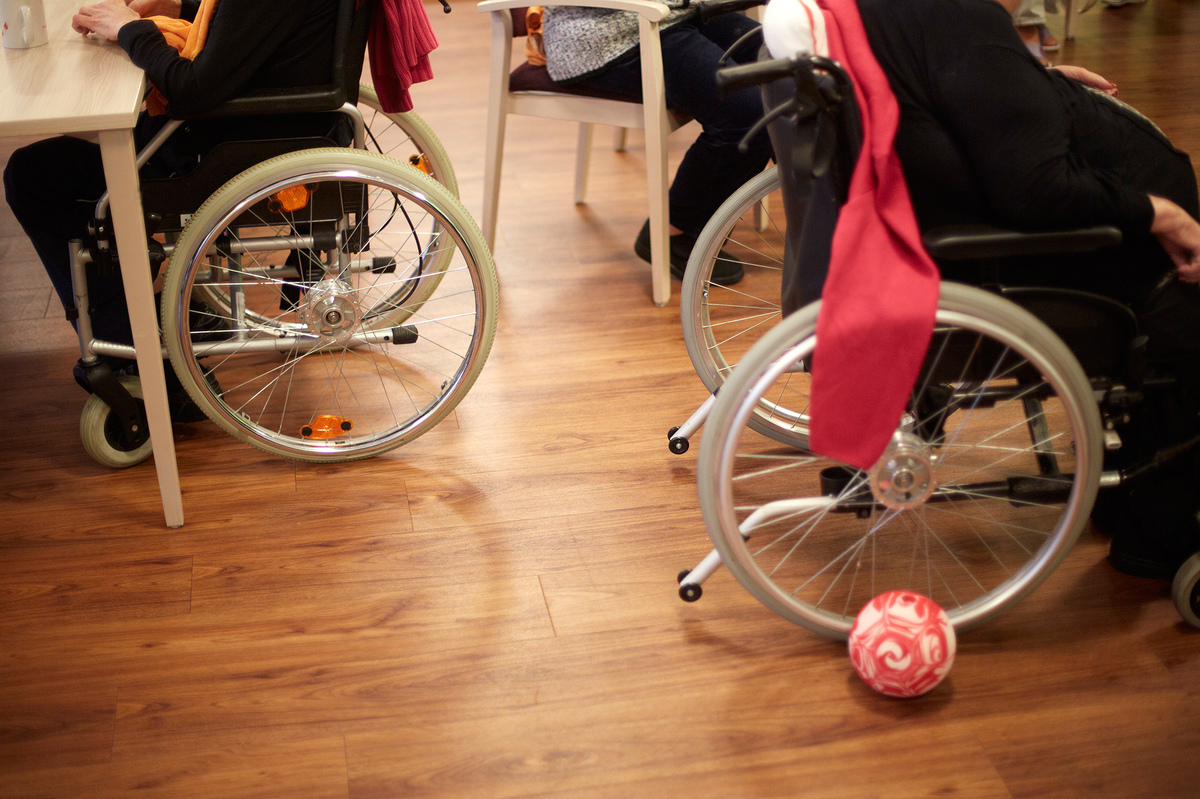 Proponents of arbitration say the system is more efficient than going to court for both sides, but arbitration can be costly, too. And a 2009 study showed the typical awards in nursing home cases are about 35 percent lower than the plaintiff would get if the case went to court.

As Dean Cole's dementia worsened, he began wandering at night. He'd even forgotten how to drink water. His wife, Virginia, could no longer manage him at home. So after much agonizing, his family checked him into a Minnesota nursing home.

"Within a little over two weeks he'd lost 20 pounds and went into a coma," says Mark Kosieradzki, who was the Cole family's attorney. Dean Cole was rushed to the hospital, says Kosieradzki, "and what was discovered was that he'd become totally dehydrated. They did get his fluid level up, but he was never, ever able to recover from it and died within the month."

Kosieradzki says that Virginia Cole had signed a stack of papers when her husband was admitted to the nursing home. As is often the case, one of the forms was a binding agreement to go to arbitration if she ever had a claim against the facility. So instead of taking the nursing home to court, her claim for wrongful death was heard by three private arbitrators. They charge for their services.

"The arbitration bill for the judges was $60,750. That was split in half between the two parties," says Kosieradzki.

Virginia Cole won her claim, but after paying the arbitrators, expert witnesses and attorney's fees, she was left with less than $20,000.

The federal government is now considering safeguards that would regulate the way nursing homes present arbitration agreements when residents are admitted.

But more than 50 labor, legal, medical and consumer organizations have told the government that's not enough. They want these pre-dispute arbitration agreements banned entirely. Thirty-four U.S. senators and attorneys general from 15 states and the District of Columbia also have called for banning the agreements.

"No one should be forced to accept denial of justice as a price for the care their loved ones deserve," says Henry Waxman, a former congressman from California. Arbitration agreements keep the neglect and abuse of nursing home residents secret, Waxman says, because the cases aren't tried in open court and resolutions sometimes have gag rules.

"None of the systemic health and safety problems that cause the harm will ever see the light of day," he says.

The proposed federal regulation would require nursing homes to explain these arbitration agreements so that residents or their families understand what they're signing. It would also make sure that agreeing to arbitration is not a requirement for nursing home admission.

The American Health Care Association, which represents most nursing homes, is against this proposed change in the rules. Clifton Porter II, the AHCA's senior vice president for government relations, says that's because "they're prescribing us to do things that we, frankly, already do." Porter acknowledges, however, that practices vary from facility to facility, depending on state law.

Arbitration agreements, he says, are common throughout the health care industry — in hospitals, surgery centers and doctors' offices. "Why aren't rules being promulgated to eliminate arbitration in those settings?" he asks.

In any case, Porter says arbitration is more efficient for both sides than going to court would be.

"It actually allows consumers to get an expedited award," he says. "And you have the benefit of not having to use the courts and go through the entire process."

But that expedited award is about 35 percent lower than if the plaintiff had gone to court. That's one conclusion of a study commissioned by Porter's organization in 2009.

If the federal government does regulate or ban the signing of arbitration agreements for new nursing home residents, Porter says the American Health Care Association will probably fight the move in court.