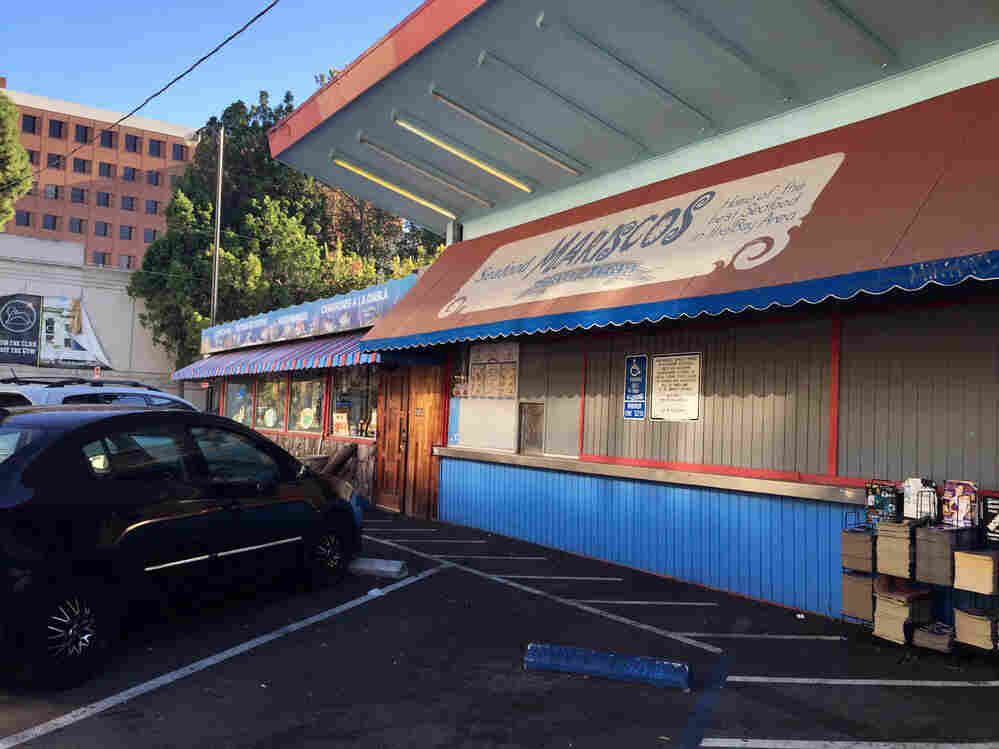 A slew of Yelp reviewers said they got sick after eating at Mariscos San Juan #3 restaurant in San Jose, Calif. The county health department quickly closed the restaurant and identified an outbreak involving more than 80 cases of food poisoning. Courtesy of Giovanna Rojas hide caption 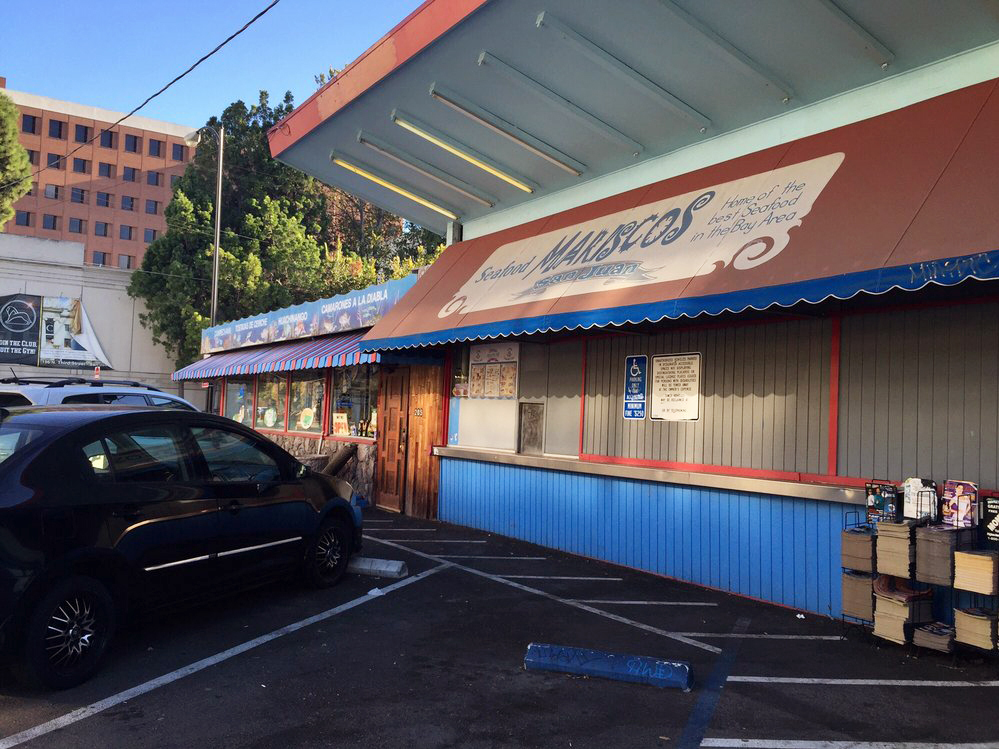 A slew of Yelp reviewers said they got sick after eating at Mariscos San Juan #3 restaurant in San Jose, Calif. The county health department quickly closed the restaurant and identified an outbreak involving more than 80 cases of food poisoning.

When a Shigella outbreak at a San Jose, Calif., seafood restaurant sickened dozens of people last weekend, Yelp reviewers were on the case — right alongside public health officials.

"PLEASE DO NOT EAT HERE!!!!" Pauline A. wrote in her Oct. 18 review of the Mariscos San Juan #3 restaurant. "My sister-in-law ... and brother-in-law along with his parents ate here Friday night and all four of them ended up in the hospital with food poisoning!!!"

That same day, the Santa Clara County Public Health Department shut down the restaurant. Two days later, officials announced that more than 80 people who had eaten there had become acutely ill, with many requiring hospitalization. Twelve diners went to intensive care units.

Since then, the outbreak has grown to more than 90 cases in Santa Clara and Santa Cruz counties.

Shigellosis is a contagious diarrheal disease caused by the shigella group of bacteria and can be spread when people don't wash their hands after using the bathroom. More than 500,000 cases are reported in the U.S. each year. The disease can cause severe dehydration or fainting and in rare cases may be fatal.

Some health researchers and public health professionals believe consumer review sites like Yelp might just help them identify and investigate food poisoning outbreaks similar to this one. It's not unlike using Google searches to track potential flu and dengue outbreaks.

Santa Clara County epidemiologists currently aren't using Yelp in their Shigella investigation, and the reviewers apparently weren't out ahead of public health officials in this case.

But earlier research suggests that Yelp reviews may act as an early warning system or identify potential patients that public health officials might not otherwise have found in their food-borne illness investigations, especially if the reviewer did not seek medical care after falling ill.

Ultimately, the researchers found three previously unreported restaurant-related outbreaks linked to 16 illnesses that would have merited a public health investigation if officials had known of them at the time. Follow-up inspections of the restaurants found food-handling violations.

In another study, researchers from Boston Children's Hospital analyzed more than 5,800 Yelp reviews of food services businesses near 29 colleges in 15 states, concluding that reviews describing food poisoning tracked closely with food-borne illness data maintained by the Centers for Disease Control and Prevention. The timeliness and often-graphic details of the reviews could prove useful for public health agencies investigating food poisoning outbreaks, the researchers concluded.

But Yelp's usefulness for epidemiologists is going to depend a lot on how it handles food poisoning complaints down the road.

The company has been accused of approaching restaurants to remove negative reviews in exchange for advertising dollars, although a class action lawsuit on those grounds was dismissed.

At the same time, Yelp is wrestling with how to handle reviews for businesses that become controversial overnight, serving as magnets for irate reviewers who have not patronized the business and just want to make a point.

On Tuesday, the company placed an "Active Cleanup Alert" notice on Mariscos San Juan #3's review page noting that because the business "recently made waves in the news," Yelp would "remove both positive and negative posts that appear to be motivated more by the news coverage itself than the reviewer's personal consumer experience with the business."

While some reviews were easily visible, others were segregated into Yelp's "not currently recommended" category, which requires readers to click to see them and do not figure in the establishment's overall rating.

"On Friday Oct 16th I ate the shrimp cocktail. I will spare the details, but I started being sick Friday night, then Saturday I was admitted to the ER and then the ICU. The Santa Clara County Public Health Department has already called me for their investigation ... This restaurant put at least 11 people in the hospital I am at, and I'm sure countless others elsewhere. I do not wish for a single other person to go through the hell I've been through."

Reviews from five other people detailing how they fell ill were similarly hidden.

After running a 104-degree fever and enduring days of vomiting, chills and diarrhea, "I was like, what the hell?" Guerra said while recuperating at home. "I'm not trying to slander any business ... I just want no one else to go through this. I think Yelp could do a better job distinguishing between people who want to inform and those who want to attack."

A reporter's calls to the restaurant went unanswered.

A Yelp spokeswoman noted that health scores for restaurants are currently provided in selected counties or cities in California, Colorado, Kentucky, North Carolina and Illinois. In response to questions about food poisoning complaints, she referred a reporter to a general blog post, which says that the company tries not to "highlight reviews written by users we don't know much about, or reviews that may be biased because they were solicited from family, friends, or favored customers."

"But it doesn't replace boots on the street, the epidemiological work that people have to do," he said. "All these things have to be taken with a grain of salt, because Yelp is a business."