Accessibility links
Hidden Fetal Cells Could Influence A Mother's Health : Shots - Health News In 1893, a German scientist made a striking discovery: Cells from a fetus hide out in a mother's body after birth. Scientists say these cells alter the risk of breast cancer and autoimmune diseases. 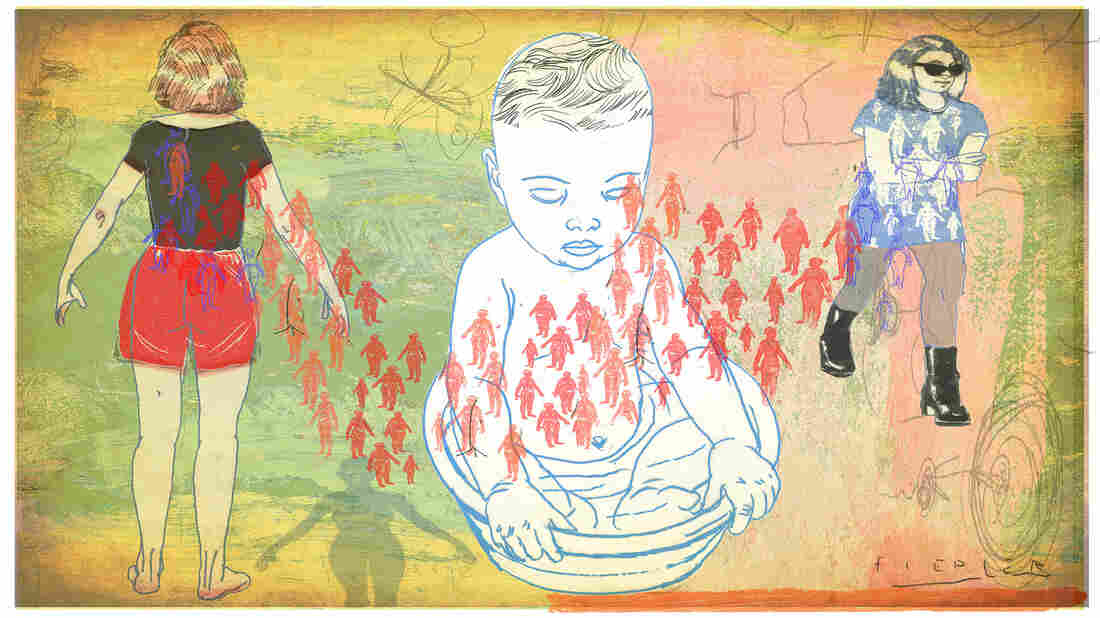 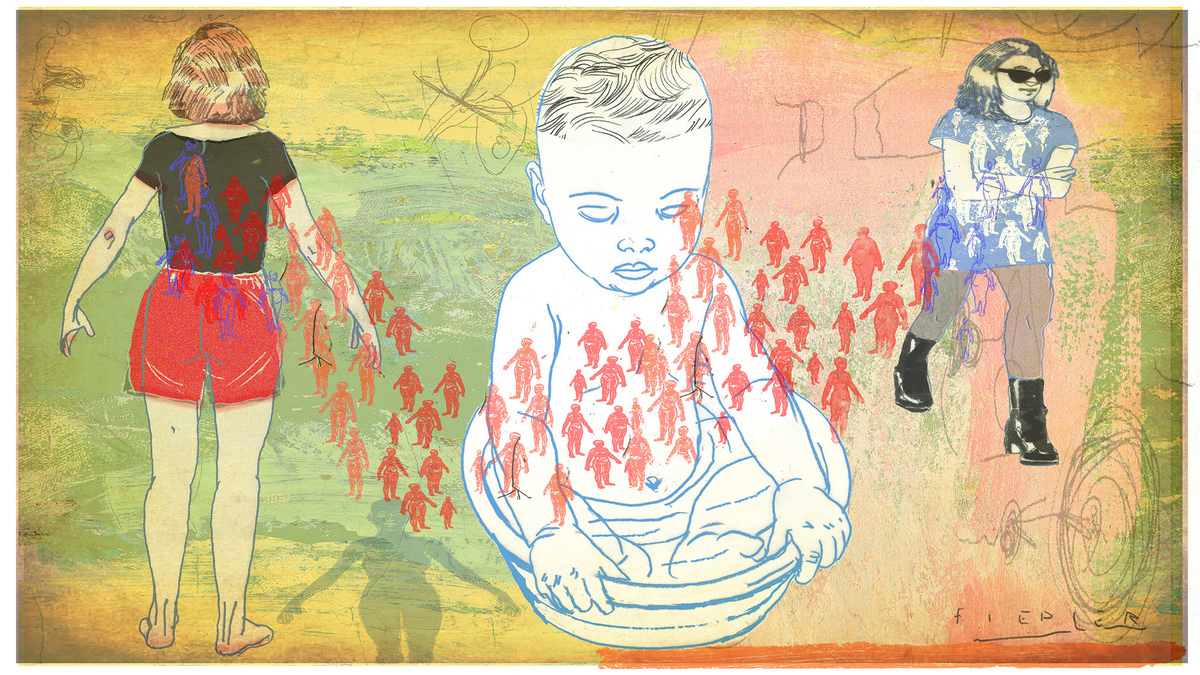 This is a story about two people sharing one body. Maybe even three people. Or four.

Back in the late 19th century, a German scientist named Georg Schmorl made a remarkable discovery: Cells from a baby can hide out in a mother's body, after birth.

More than a hundred years later, scientists are just beginning to figure out what these cells are doing. And their findings may have implications for how cancer and autoimmune diseases affect women.

But the discovery also means something else. Something that's a bit mind-boggling: You likely have cells from your older siblings in your body. And cells from your grandmother, maybe even your great-grandmother.

Pregnancy has every element of an alien invasion, says Dr. Hilary Gammill, a fetal medicine expert at the University of Washington in Seattle.

The fetus has different genes than the mom. So in a sense, she's a foreigner inside the mom's body. And the placenta literally invades the mother's body, Gammill says.

As the placenta grows, it reaches out and grabs onto the mom's arteries to control blood flow. "The human placenta is one of the most invasive placentas," compared to those in other animals, Gammill says.

This ensures the fetus has nutrients. But in the process the baby ends up giving the mother a gift. "There's a very large amount of fetal material that is sloughed off into the mother's circulation," says Dr. J. Lee Nelson, also at the University of Washington. "This material is widely circulating in the mom's body."

Nelson has been studying this rogue fetal material for more than 20 years. It contains DNA from the fetus, tiny pieces of the placenta and potent fetal cells. They travel around the mom's bloodstream and sneak into her organs.

"They can go to the liver and become liver cells, or go into the heart and become muscle cells," Nelson says. Fetal cells can even cross the blood-brain barrier and turn into neurons.

When scientists first started studying fetal cells in mothers, the cells got a bad reputation. They have been linked to preeclampsia and autoimmune diseases, such as scleroderma.

But, as time went on, more studies began to suggest that in some situations fetal cells can be beneficial to moms, Nelson says. "I think you've got to think of these cells as friends," she says.

Scientists have found fetal cells in scar tissues, specifically scars left by C-sections. These cells make collagen. So the fetus could be helping the mom recover after birth by repairing wounds.

Fetal cells also are linked to an overall reduced risk of rheumatoid arthritis and are thought to protect against breast cancer.

One hypothesis is that fetal cells may act like little sentinels, watching out for breast cancer cells and killing them. "We haven't caught them in the act yet to say for sure that's what they are doing," Gammill says. But some studies suggest this could be the case.

For autoimmune diseases, the baby's genes likely determine whether the fetal cells are friends or foes, Nelson says. Specifically, if a gene involved in immune recognition matches too closely to the mom's genes, the cells could trigger autoimmunity. But otherwise, they may be protective.

"Being an optimist, I think the benefits will outweigh the times when they're problematical," Nelson says. "So it's actually a beautiful cooperation."

And it's not just the mom that gets an extra set of cells.

"We've been talking about a very one-sided story. ... This is a bidirectional process," says Amy Boddy, a postdoctoral fellow at Arizona State University who recently wrote a review on this topic.

"Cells from the mom also cross the placenta and enter the fetal body," Boddy says. And that means you've got your mom's cells inside you.

But it also means you're likely closer to your older brother or sister than you might think.

Since your mom had cells in her body from all her other pregnancies and her mom, that means you likely have cells from your older siblings, and from your grandmother, and maybe even your great-grandmother.

"You can keep going up the family tree pretty far," Boddy says.

So far, scientists haven't actually seen these "grandma cells" in anyone's body. But if they do exist, then it means we are all walking around with a whole family tree inside of us.