Accessibility links
Task Force Urges Screening Of Overweight Adults For High Blood Sugar : Shots - Health News In response to a big jump in diabetes in the U.S., a federal panel advises tens of millions of overweight Americans to get their blood tested, and to get intensive counseling if sugar's too high. 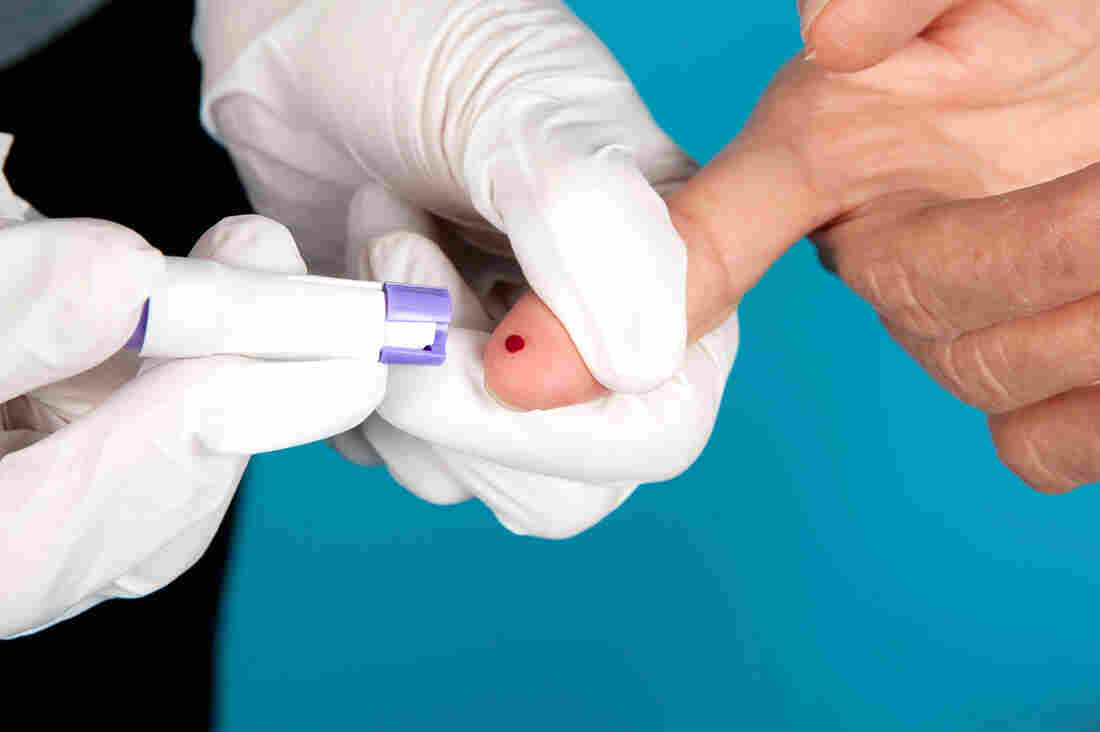 The Centers for Disease Control and Prevention estimates that 86 million Americans over age 20 have abnormal blood sugar levels. Over the long run, that can seriously damage the eyes, nerves, kidneys and blood vessels. iStockphoto hide caption 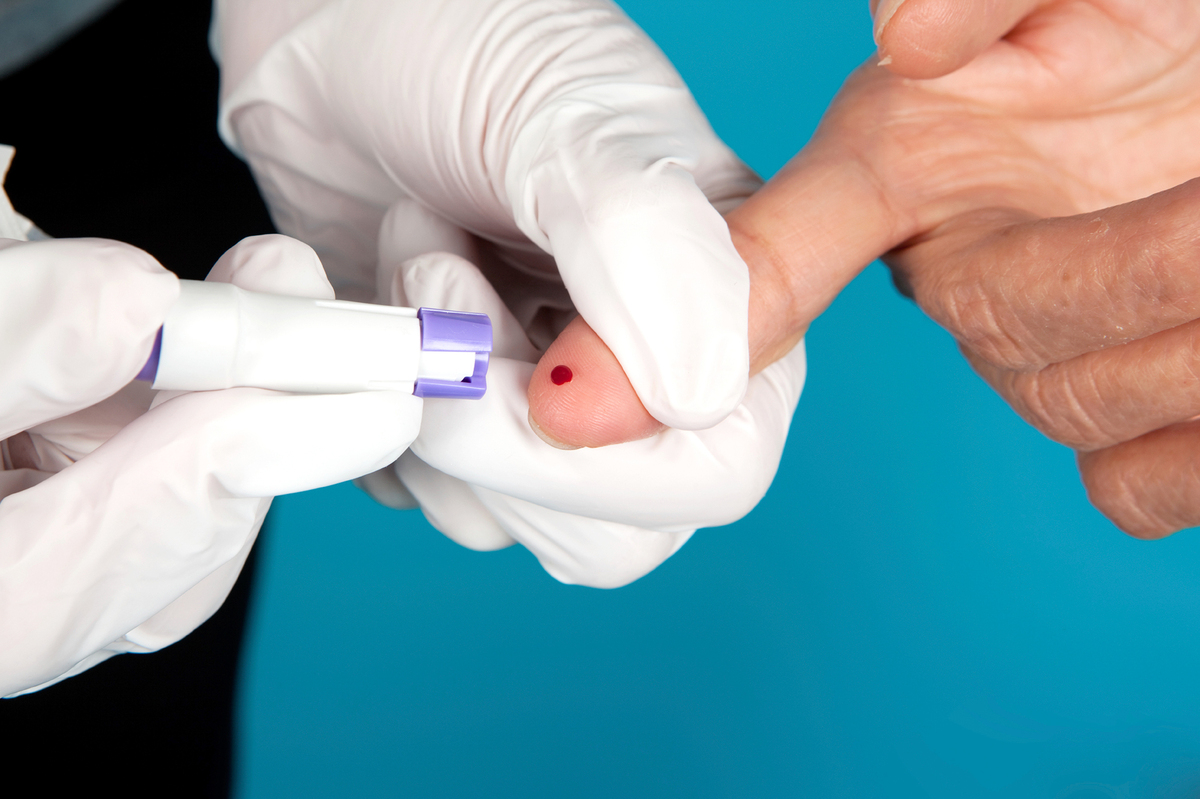 The Centers for Disease Control and Prevention estimates that 86 million Americans over age 20 have abnormal blood sugar levels. Over the long run, that can seriously damage the eyes, nerves, kidneys and blood vessels.

The U.S. Preventive Services Task Force now says all overweight and obese Americans between 40 and 70 years old should get their blood sugar levels tested.

The advisory group's previous recommendation, drafted in 2008, made no mention of weight, instead suggesting that doctors routinely test the blood sugar of patients who have high blood pressure, another risk factor for Type 2 diabetes.

But the latest guidelines, published Monday in the Annals of Internal Medicine, expanded that recommendation, largely because of evidence that as Americans have gotten heavier over the years, the prevalence of Type 2 diabetes has rapidly increased.

High blood sugar is not always a harbinger of diabetes. But for many people, it can indicate the beginning of a downward spiral, as the body loses its ability to properly metabolize food; sugar lingers in the blood rather than getting shuttled into cells.

"The good news here is that by finding people while they're still at that abnormal blood sugar range and making lifestyle interventions at that time, we can reduce the burden of diabetes," says Dr. Michael Pignone, chief of general internal medicine at the University of North Carolina.

The goal, he says, is to catch people who are on the road to developing diabetes and heart disease, and to also find people who already have the disease but don't know it. Many people with elevated blood sugar will need counseling support to bring those levels down, Pignone says. And the task force thinks that support is worth it.

"Since the 2008 recommendation, there have been some new trials that have more definitively shown that intensive lifestyle interventions directed to people that have abnormal blood sugar but not yet diabetes are effective in reducing the progression to diabetes and improving cardiovascular risk factor control," Pignone says.

Studies in the U.S., Japan, Sweden and China found that such counseling can moderately slow the progression of diabetes and mortality by helping people exercise more and eat better. As a study on more than 11,000 people in the U.K. over a ten-year period found, the screening itself did not reduce mortality.

"Intensive lifestyle interventions — and by that I mean multiple sessions, with a trained educator that focus on improving diet and increasing physical activity — were effective in reducing the progression ... to diabetes, and also showed improvement in cardiovascular risk factors," Pignone says.

The Centers for Disease Control and Prevention estimates that about 10 percent of American adults have diabetes, and that 86 million adults over age 20 are prediabetic.

Pignone hopes it will reduce the "tide" of obesity-related diabetes and the health complications that come with it.