Accessibility links
Most E-Cigarette Users Are Current And Ex-Smokers, Not Newbies : Shots - Health News A large study suggests some may use e-cigarettes to quit smoking tobacco. But the survey also shows that nearly 10 percent of young adults who have never smoked tobacco have used the devices. 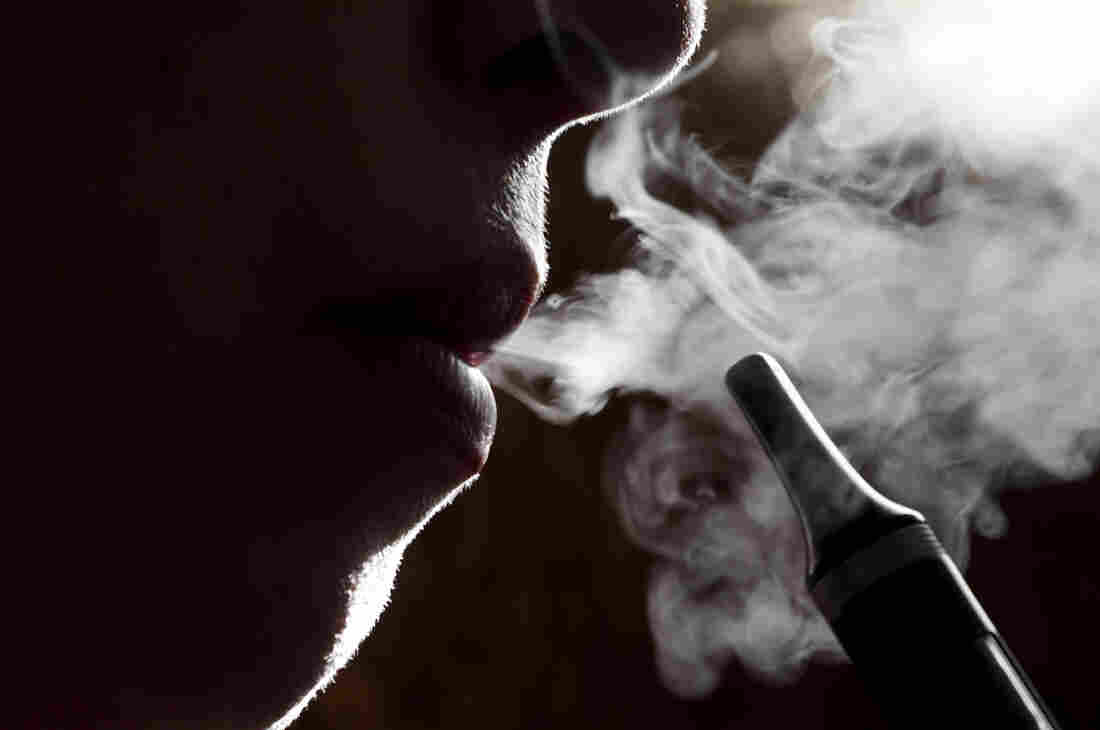 E-cigarettes work by heating up a fluid that contains the drug nicotine, producing a vapor that users inhale. The devices are most popular among young adults, ages 18 to 24, a federal survey indicates. iStockphoto hide caption 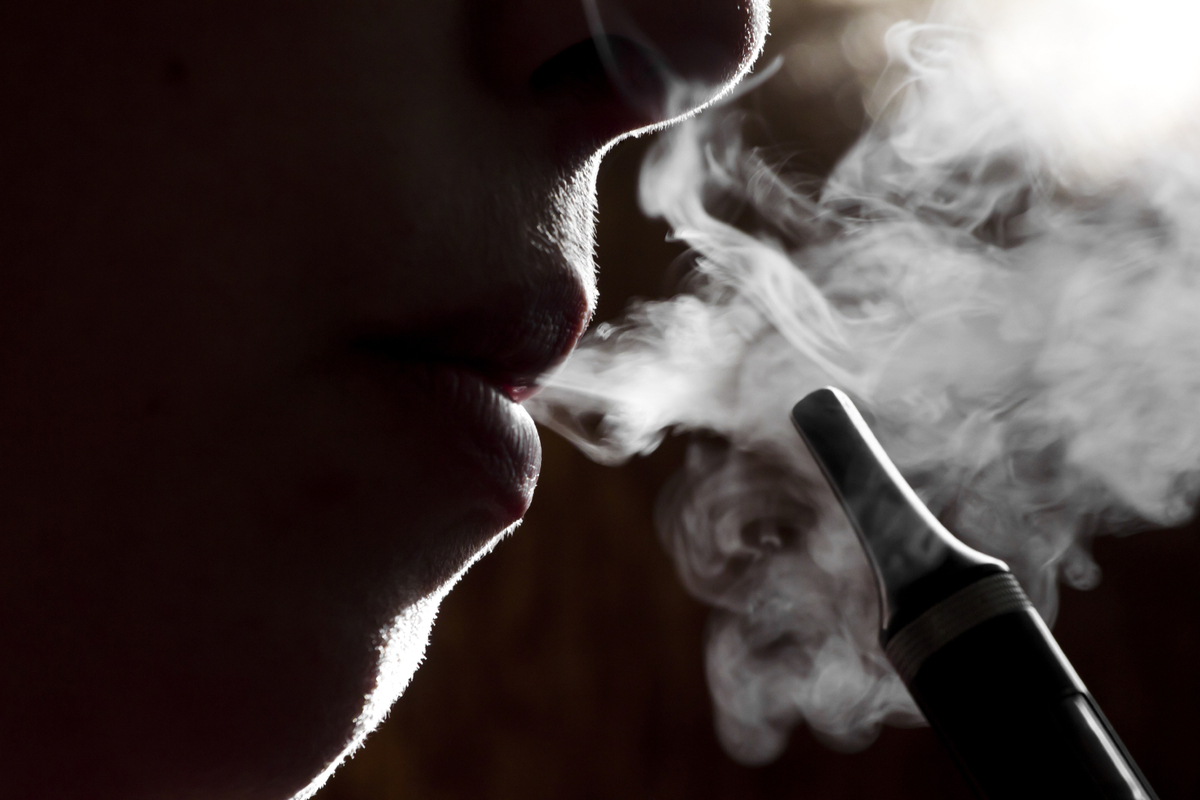 E-cigarettes work by heating up a fluid that contains the drug nicotine, producing a vapor that users inhale. The devices are most popular among young adults, ages 18 to 24, a federal survey indicates.

It's become an emotional debate: Do e-cigarettes help people get off regular cigarettes or are they a new avenue for addiction?

Until now, there has been little solid evidence to back up either side. But a new study from the Centers for Disease Control and Prevention could help fill that void.

E-cigarettes work by heating up a fluid that contains the drug nicotine, producing a vapor that users inhale. The CDC found that nearly 48 percent of current tobacco smokers said they had tried e-cigarettes at least once. Among those who recently quit smoking, more than 55 percent said they'd tried the devices.

The survey of more than 36,000 U.S. adults marks the first time detailed federal data about e-cigarettes has become available, says Charlotte Schoenborn, a health statistician with the National Center for Health Statistics. The data were gathered as part of the National Health Interview Survey, an ongoing survey of a variety of health issues.

Among those still using the devices when surveyed, almost 16 percent said they were still smoking tobacco cigarettes, Schoenborn says, while 22 percent had recently quit.

The study found that the devices are most popular among young adults, ages 18 to 24. Nearly 22 percent of adults who reported ever trying an e-cigarette fell into that age group. In addition, among the nonsmokers, nearly 10 percent of people in that age group had tried e-cigarettes.

"The use by young adult never-smokers, I think, certainly is noteworthy," Schoenborn says. She also found it significant that e-cigarettes are largely being used by current and former smokers.

The survey did not ask smokers and ex-smokers whether e-cigarettes had helped them quit — only whether they had ever used the devices.

The appeal of e-cigarettes to young people has raised fears that the devices may hook a new generation on nicotine and lead them to eventually start smoking tobacco.

"What this survey shows is young adults who have never smoked are picking up electronic cigarettes in truly alarming numbers," says Matthew Myers, president of the Campaign for Tobacco-Free Kids.

Others worry that it remains far from clear how safe the devices are, and whether smokers are using e-cigarettes to quit, or just as a crutch to keep smoking.

"There is no evidence to suggest there are any health benefits associated with that," she says, "especially when they are continuing to use their regular cigarettes."

"This is great news for public health," says Gregory Conley, president of the American Vaping Association. "This is a report showing barely any use of e-cigarettes among nonsmokers, and great usage — significant usage — among recent former smokers as well as current cigarette smokers who need to use these products to quit."

Conley says he thinks the data indicate many young nonsmokers experiment with the devices without getting hooked.

"E-cigarettes are something that people are willing to perhaps take a puff off of because it looks funny," he says. "But it's not something that is creating nicotine dependency in those that did not previously have it."