If A New Cancer Drug Is Hailed As A Breakthrough, Odds Are It's Not

If A New Cancer Drug Is Hailed As A Breakthrough, Odds Are It's Not 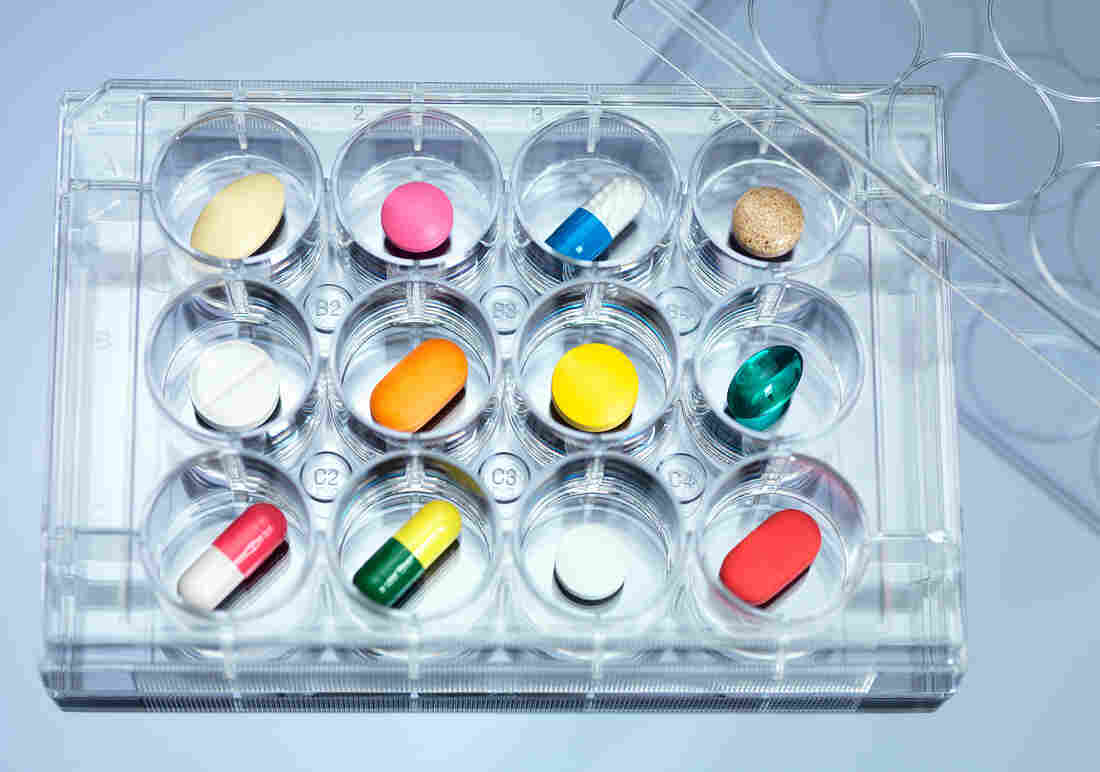 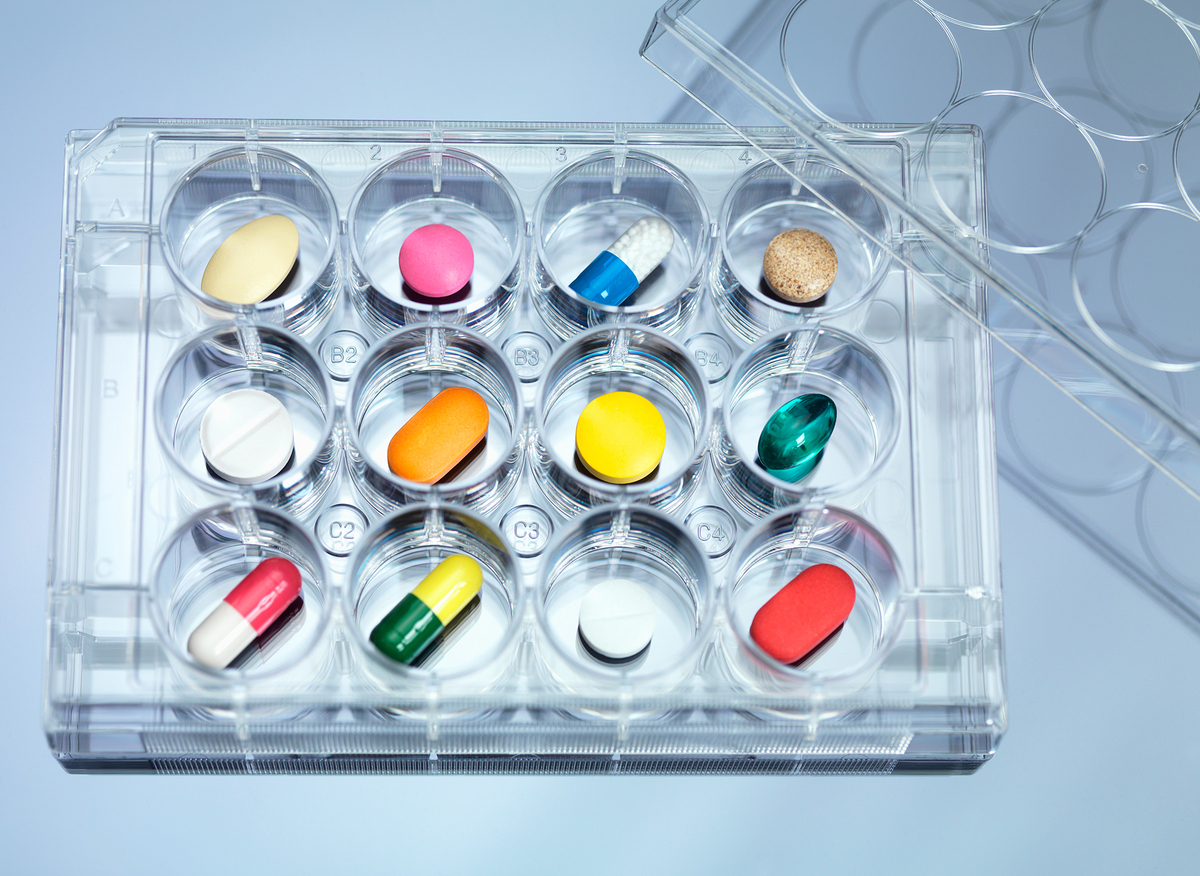 For Dr. Vinay Prasad, each one of these words was a little straw on the camel's back. At oncology conferences, they were used "indiscriminately" to describe new cancer drugs. Journalists bandied them about in stories.

Finally, the pile of hyperbole broke the camel's back.

The hype can bubble up false optimism in patients struggling with cancer, Prasad, an oncologist at Oregon Health and Sciences University, writes Thursday in the journal JAMA Oncology.

Searching the Web for recent news articles about cancer treatments, Prasad found that half of the drugs dubbed with superlatives hadn't been approved by the Food and Drug Administration as safe and effective. Of particular concern, 14 percent were praised without ever having been given to a human being.

"I find that egregious," says Prasad, "Like if a news story did an article about a guy who won the lottery, asking him what he's going to do with the money, when he actually just bought a lottery ticket."

The hype can make oncologists feel like dream dashers.

Prasad says about once a month a patient walks in with a question about a so-called breakthrough or revolutionary drug he has read about on the Web. The patient will ask, " 'Is it going to help me?' " he says. "And then I have to explain."

"You don't want to say 'No, forget about it,' " says Prasad. "We want as oncologists to foster something called reasonable optimism, reasonable hope." Words like the ones he finds floating around on the Web slash those attempts, he says, and can breed cynicism among those who study cancer.

He says researchers and physicians "get to the point where they're so jaded they're just like, 'Call me when it's approved.' "

"As cancer researchers who pursue developing new drugs," he adds, "if we start to pat ourselves on the back and hail every little baby step we do as a miracle, do we lose sight of what our ultimate goal is?"

But people from every end of the spectrum spew these words anyway. The major offenders in this survey were journalists, followed by physicians, industry experts and patients.

Researchers wrote last month in the journal JAMA Internal Medicine that the word "breakthrough" led readers to assume a drug was more effective and supported by more evidence than it really was. The term is used by the FDA to describe a drug that treats a serious illness and, based on preliminary evidence, "may demonstrate a substantial improvement" compared with other available options.

Prasad says such lip-flapping is likely a byproduct of the entire drug development system. "At every step and every player, there may be an incentive to speak grandiosely about a drug or product," he says. Biotech companies want to look good, often hoping that they'll be bought out by a larger company if their drugs in development look promising. Patients and journalists are magnets for exaggerated stories.

A game changer, Prasad says, is a drug that "helps the majority of people who take it" and allows people to extend their survival horizon. For example, he says, a real game changer would allow patients to think about their future in increments of decades rather than just a few years.

"Cure has a very formal definition," says Prasad. It means that after taking a medication over a period of time, a subset of patients — not all — return to life as if they did not have the disease at all. As he wrote in the American Journal of Hospice and Palliative Medicine, even among academics the word is used in different ways. Searching through academic oncology articles published since 2012, Prasad found that about half used the term "cure" when in fact, the evidence showed the disease to be incurable.

There's a saying among cancer experts, says Prasad: "We've been curing mice of cancer since the 1970s." Testing a drug's effectiveness in humans is, as one might expect, another animal. So is getting approval from the FDA. "The odds of getting FDA approval are lotterylike" when a drug is in the pipeline, says Prasad, though the odds improve substantially once the drug is submitted. The FDA approves a drug if the benefits of taking it outweigh the risks. If a drug doesn't get FDA approval, it can't go to market. But even if a drug does get approved, that doesn't mean it's going to work in everyone who takes it.

Though few and far between, there are some drugs that deserve to be called breakthroughs. Prasad says imatinib, or Gleevec, is one. Approved in 2001, the drug turns off enzymes in one type of leukemia. A 2011 study reported that when treated with imatinib for two years, patients' survival rates were as good as people without leukemia. Before 2001, two-thirds of patients with chronic myelogenous leukemia died within five years of diagnosis.

"It was the game changer. It's the bar against which all other drugs will be measured against," Prasad says. Before taking the medication, he says, people were conceptualizing their life in three, four, five years. After it, they were thinking about their lives on a relatively normal life span. "It was transformative," he says.

Trastuzumab is another one. First approved in 2006, it improved survival for women with some forms of advanced breast cancer. Prasad calls it "really, really good" and "maybe even transformative." Rituximab is another. Since it was first approved, also in 2006, it has been widely used to treat lymphoma patients.

The truth of the matter is, most cancer treatments deserve neutral terms — and lots of caveats.

Most new cancer drugs have modest benefits, Prasad says. "Some of these drugs are 'exciting,' 'highly promising.' Others are 'marginal,' 'unproven,' 'untested,' 'yet to prove their worth' or 'yet to resolve their merit.'

"Caveats and nuance are difficult, but when it comes to life and death, it matters," he says.