Accessibility links
'Ridiculous Fun' Helps A Blogger See Through Depression's Darkness : Shots - Health News Since childhood, humor writer Jenny Lawson has struggled with mental health issues. In her latest book, Furiously Happy, she explains what it means to fight back with spiteful happiness.

As a small child, for example, she had a toy box. When she was feeling anxious, she would take all the toys out of the box and climb inside it.

"I would close it," Lawson says, "and it was like a sensory deprivation chamber for poor people." 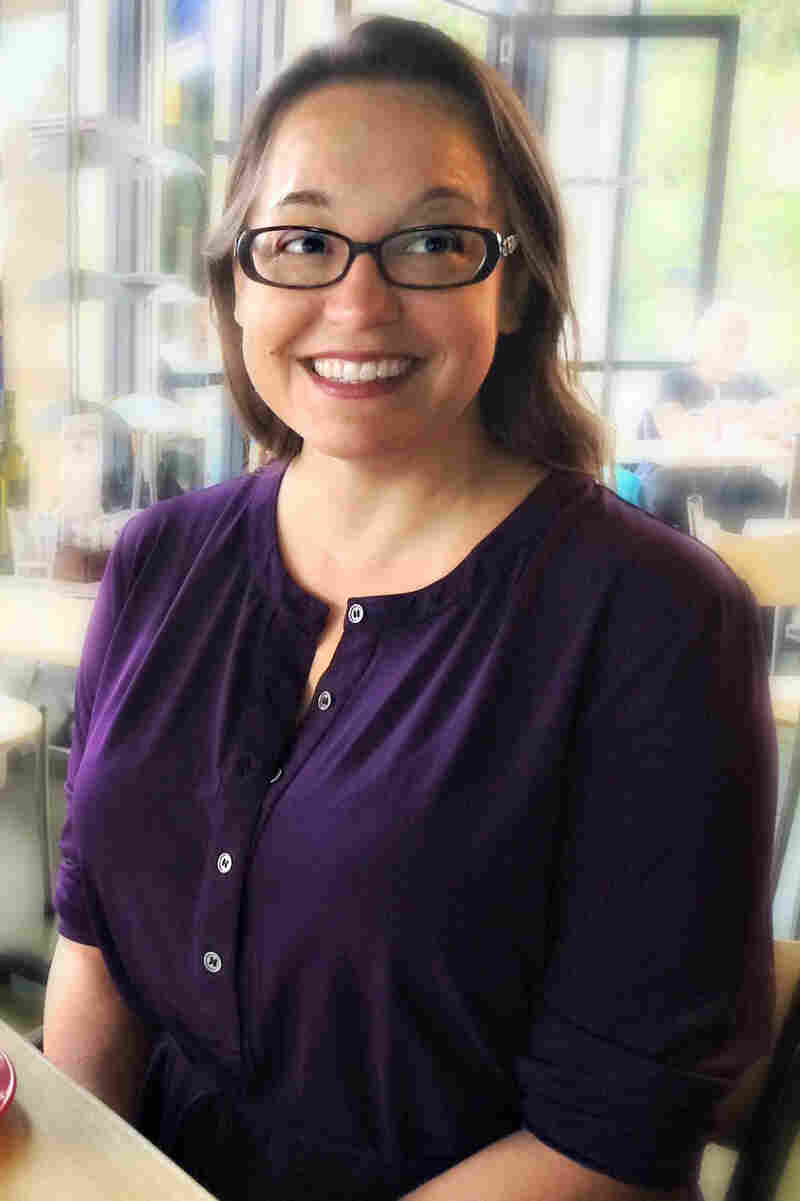 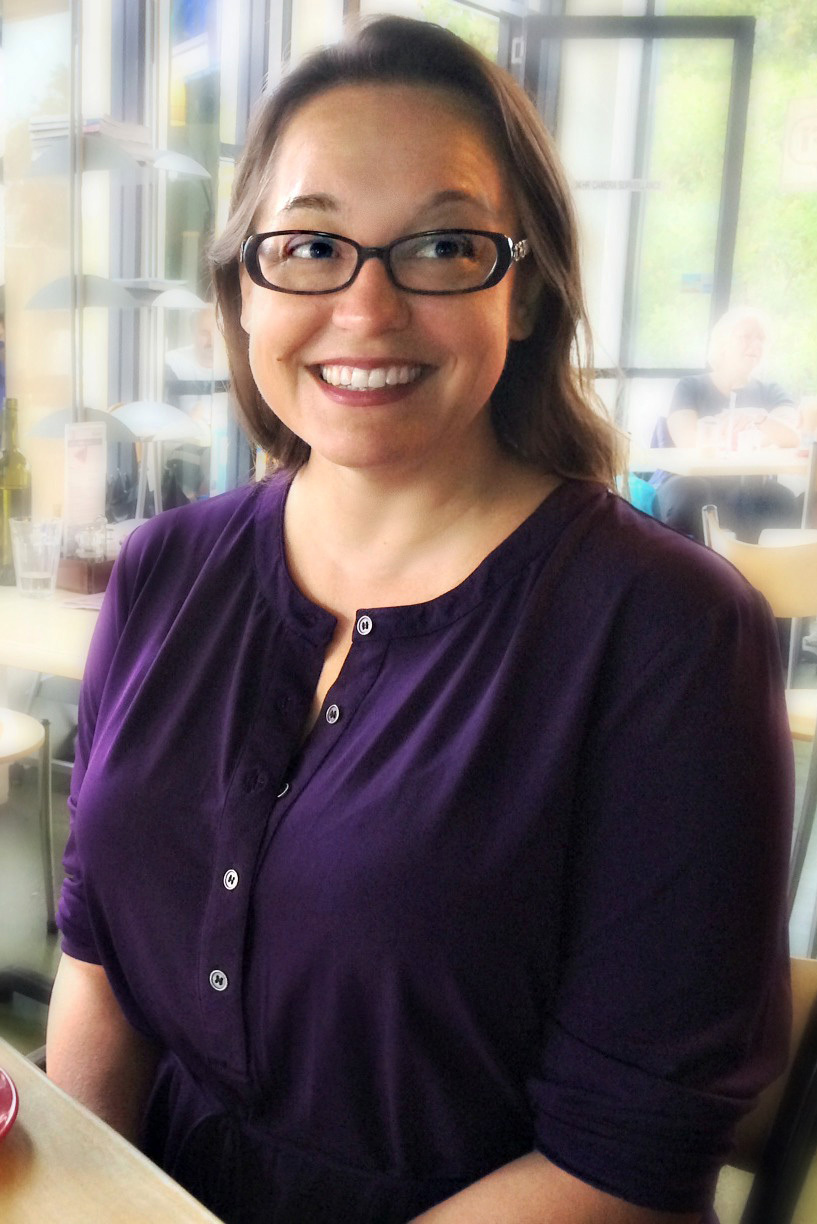 Dealing with all that has never been easy, but as she explains in her new book, Furiously Happy: A Funny Book About Horrible Things, it helps to have a sharp sense of the absurd. Humor helps her see through the dark.

There was the time that Lawson, who battles chronic insomnia, staged a 2 a.m. rodeo in her living room with Rory, her dead, stuffed raccoon, riding atop one of her house cats — Ferris Mewler. And the time she pulled up to the drive-thru window at her local drugstore just in time to see the pharmacist scarf down a handful of broken dog biscuits.

"I never found him again," Lawson writes, "because I was worried that if I ever asked to see the dog-food-eating pharmacist, the other pharmacists would stop giving me drugs."

When she began writing about her own mental health, Lawson fully expected people to run and hide.

We called Lawson to find out more about the new book and why she's so keen to help bring mental health issues out of the shadows. Here's an excerpt of our conversation, edited for length and clarity:

How did the idea for furiously happy come about?

I was in the middle of a very long depression. I had lost a couple of friends, and I was at a point where I had no emotions that I could feel except anger. I thought, I am going to be furiously happy out of spite as soon as this depression lifts. I thought it was only fair that, when I come out of it, I say yes to things that I wouldn't normally say yes to. I'd do ridiculous, fun things — not as a cure for depression, because it's not — but as a way to have a weapon to counter depression. So when I would have a depressive episode, I could think, "But remember the time where I rented those kangaroos to come to the house, wasn't that fun? That was fun. I can have fun like that again." 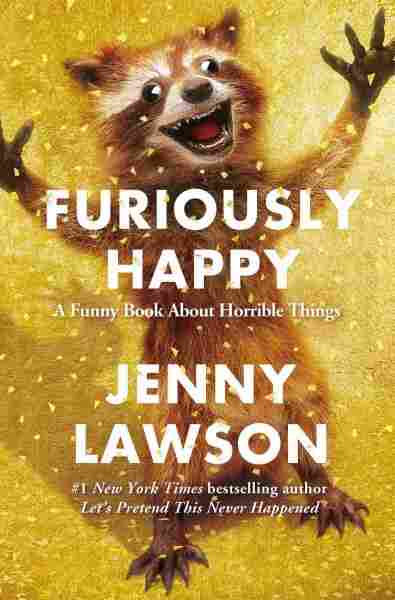 A Funny Book About Horrible Things

Whenever I'm depressed, I have periods of time where I cannot do anything, just cannot get out of bed, cannot fully function. And definitely could not write funny things for a blog. I had all this stuff in my drafts folder — funny posts that I could save up and post on days or weeks when I was having a rough time. It felt like I was creating such a false history because I was lying on the couch, just forcing myself to breathe, and I would have these comments saying, "Oh, you're so funny! What a great life you have!" I felt like such a liar. So I decided to go ahead and write about it.

Why do you want to write about a topic some still consider taboo?

I've always written about the stuff that really you're not supposed to write about. When it comes to mental illness, on a very selfish level, it is so reassuring to me to have other people say, "You're not alone." I'm sometimes stuck at home and cannot force myself to leave the house, or I'm at a hotel room and I cannot leave the hotel room even to eat, and I know I can always go out on Twitter and say, "I'm stuck. I don't know what I'm doing. I feel like a failure." And a thousand people are going to say, "I'm right there with you. I'm hiding in the bathroom myself."

For me, a depression is not that I'm sad. It's actually almost the opposite of that. I have absolutely no emotions. And it seems like that would be a very easy thing to deal with, and it's not. It's so incredibly uncomfortable, and you feel inhuman. If it just lasts for a day or two, I can usually push through and be fine. I continue to take my medication. I'll see my therapist. I'll do all the things I'm supposed to do. If it lasts for more than a few days, that's when I have to really work against self-harm, because when I have no emotions at all, one of the only things that I can feel is pain.

What helps you dig out?

Not only having people with me and medications and all of that, but also just remembering that depression lies. Because, while I'm in the depression, it absolutely seems so true. Everything that my mind is telling me — that the world would be better off without me — seems absolutely reasonable. And I just have to continue to remind myself that before I went into this depression, I knew that that wasn't true.

It seems like all the hubbub of a book tour might be tough for someone battling depression and anxiety. How do you handle it?

I write "Pretend you're good at it" on my arm every time before I go out. If I pretend that I'm someone who's good at this and good at walking out on stage and talking, then I can at least pretend until I get up to the stage. Once I get up there, I look out into the audience and I can see so many people out there who look just as terrified as I am. And then I feel like I need to be calm, just for them. But I know that at any point I can say, "You guys, I'm having a bad time. I need you guys to just talk amongst yourselves for 10 minutes. I have to hide under a table." And everybody would get it.