Accessibility links
Even In High-Deductible Plans, Some Services May Be Free Of Charge : Shots - Health News It's time for people to shop for health insurance, and that means lots of confusion about about high-deductible plans, out-of-network benefits and premium increases. 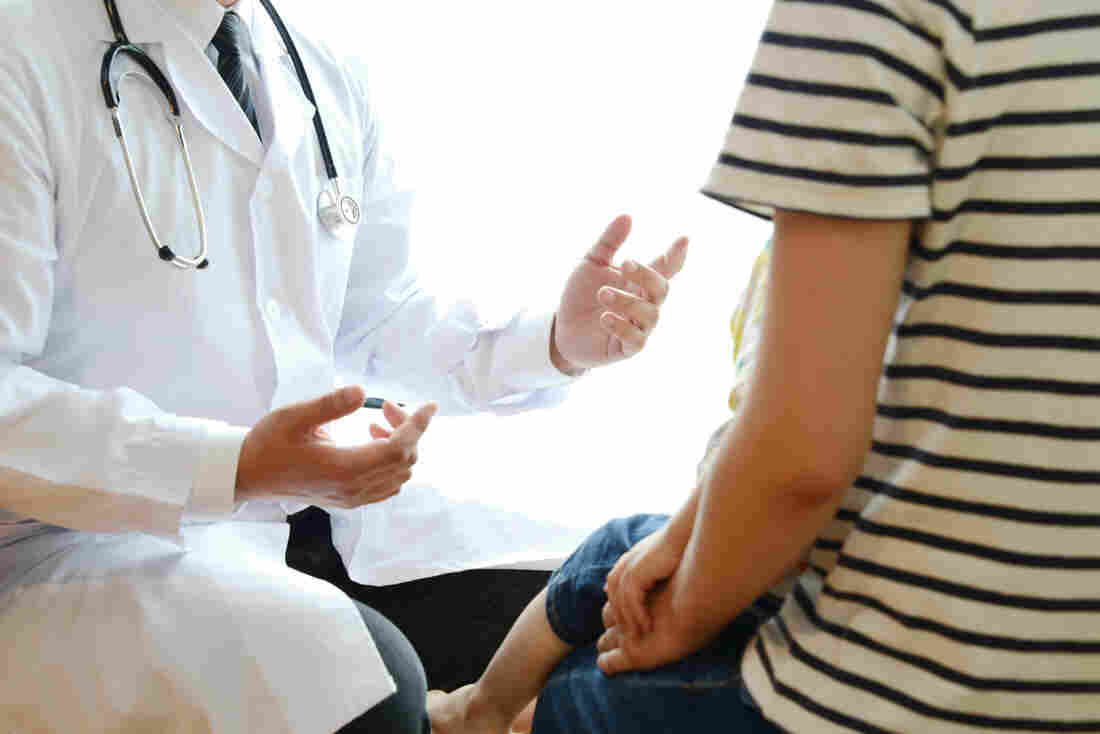 Even people who buy high-deductible health plans can get coverage of many preventive services without any out-of-pocket costs. /iStockphoto hide caption 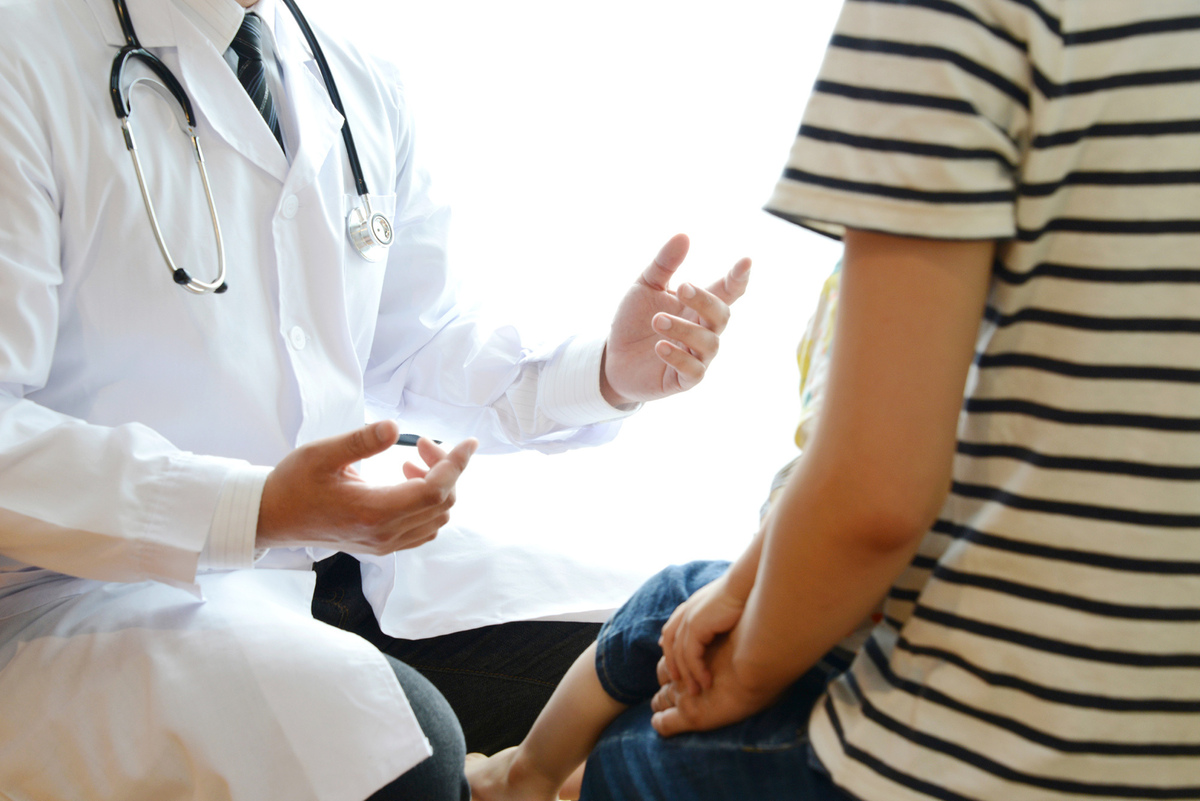 Even people who buy high-deductible health plans can get coverage of many preventive services without any out-of-pocket costs.

The open enrollment window for health insurance is open. As of Sunday, people could start shopping for coverage through the state and federal marketplaces. Naturally, when the options are on the table (or screen), questions pop up about how the buying process works and how to choose the best plan. Here are some recent questions and answers.

I like the low premiums of marketplace plans with high deductibles, but even though I'm pretty healthy, I'm worried about having to pay for everything until I meet that deductible. Is there any way around that?

Under the health law, most plans have to cover preventive care that's recommended by the U.S. Preventive Services Task Force without charging consumers anything out of pocket. So, for example, any cancer screenings that are advised for someone at a particular age, such as colorectal cancer screening for people ages 50 to 75, would be covered at no charge to the consumer even if the deductible hasn't been met.

But many plans exempt other services from the deductible as well, and that can make a difference to consumers' out-of-pocket costs, says Dave Chandra, a senior policy analyst at the Center on Budget and Policy Priorities. Consumers will typically be charged a copayment or coinsurance, meaning either a flat fee or a percentage of the total cost, for those services rather than having to pay the whole amount even before the deductible has been met.

Services that plans may exempt from the deductible include generic and brand-name drugs, primary care visits and specialist visits, among other things, Chandra says.

"Some plans exempt almost everything from the deductible except hospitalization," Chandra says. So someone with a plan with a $3,000 deductible might owe only flat $10 or $20 copayments for doctor visits and drugs all year unless he was admitted to the hospital. If that happened, he would have to pay the $3,000 deductible and then owe perhaps 20 percent of the cost of his stay until he reached the out-of-pocket maximum set by the health law, which in 2016 will be $6,850.

As consumers review plans on the marketplaces, the summary of benefits and coverage that accompanies each plan should state which services are subject to the deductible and which aren't. In the space that says there is a $20 copay for a primary care visit, for example, it might say "deductible waived." The out-of-pocket cost estimator on the federal marketplace should factor in those plan details.

Consumers are finally learning that there's often a trade-off between a low monthly premium and a high deductible, Chandra says.

"But the more complete story is to balance the monthly premium with the size of the deductible and whether there are certain services that are available to you that are not subject to that deductible," he says.

Nearly all the plans available to me on the marketplace only cover in-network benefits. Aren't the marketplaces required to offer some plans with out-of-network coverage?

No, they aren't. Under federal rules, health plans sold on the marketplaces have to maintain a network of doctors, hospitals and other providers that is broad enough to ensure that enrollees can get access to them without an unreasonable delay.

"But neither states, nor marketplaces, nor issuers are currently required to offer plans that include out-of-network coverage," says Sabrina Corlette, project director at Georgetown University's Center on Health Insurance Reforms.

If out-of-network coverage is available in a plan, consumers generally have to pay a bigger share of the cost when they use doctors or other providers who don't have a contract with their plan. Some states have rules that require plans to waive that provision if, for example, an enrollee can't find a specialist available in network to meet her needs.

For 2016, the trend toward plans with narrow provider networks is continuing, and a growing number of plans don't offer any out-of-network coverage. That's not necessarily bad. Research has shown that quality of care doesn't have to suffer when plans have limited networks.

However, a recent analysis of 135 plans offered on the federal marketplace found that 15 percent of them completely lacked in-network doctors in at least one specialty. Endocrinology, rheumatology and psychiatry were the specialties most often missing.

My insurer says my monthly premium for my marketplace plan is going up more than 20 percent next year. That's too much. I thought I had the lowest-cost silver plan. How is this possible?

Premiums for plans sold in the 37 states that use the federal marketplace are going up 7.5 percent on average next year for the benchmark plans — the second-lowest-cost silver plan, to which subsidies are pegged. That's a much bigger increase than the 2 percent average the previous year. But the market remains in flux, and individual plan premiums may vary significantly from those averages.

In addition, changes to the benchmark plan in their area may affect consumers' premium costs, too.

"We know that prices are going up in many markets, but consumers can insulate themselves from those cost increases by shopping," says Caroline Pearson, senior vice president at consultant Avalere Health.

Roughly a third of consumers who signed up for a plan on the federal marketplace in 2014 and then re-enrolled in 2015 switched plans.

Switching saved many of them money, according to figures released by federal officials in October. Consumers who moved from one marketplace plan to another in the same metal level between 2014 and 2015 saved $33 per month on their premium, or $396 annually. People who also switched insurers saved even more: $41 per month, or $492 a year.