Accessibility links
Chronic Neck Pain Helped By Acupuncture And Alexander Technique : Shots - Health News Sometimes neck pain just doesn't go away. Complementary treatments like acupuncture and the Alexander technique can help reduce the pain, a study finds, though they are not miracle cures. 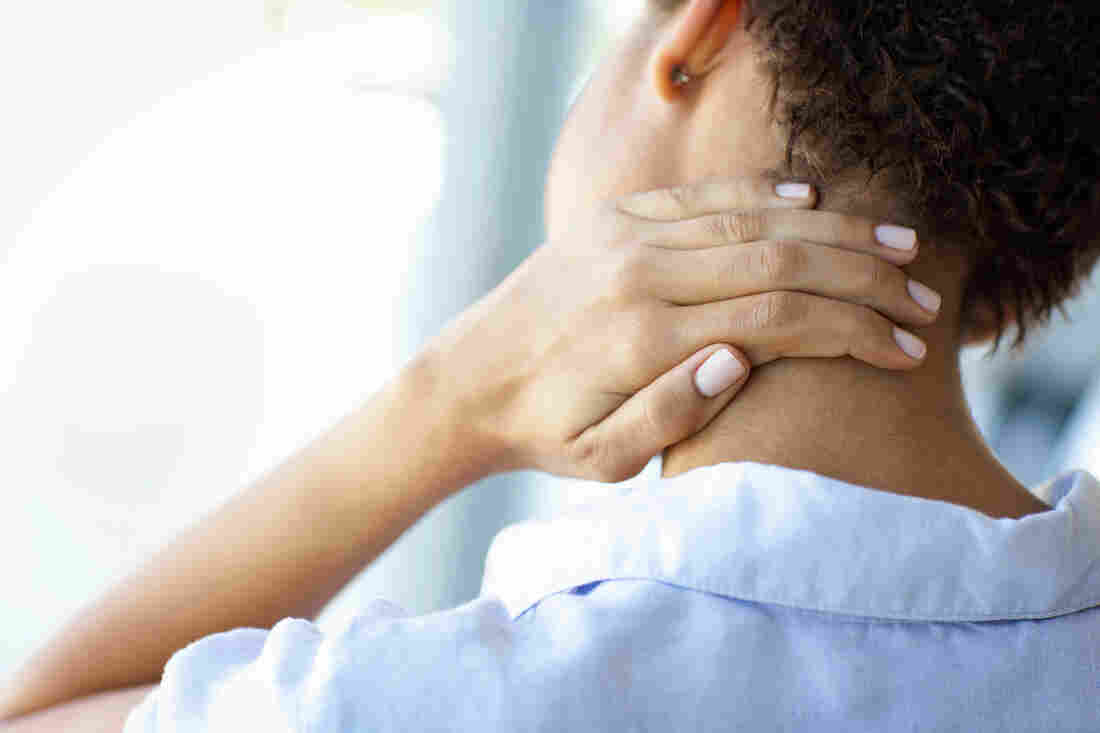 Neck pain can cause a lot of lost work and disability. Sam Edwards/735/Ocean/Corbis hide caption 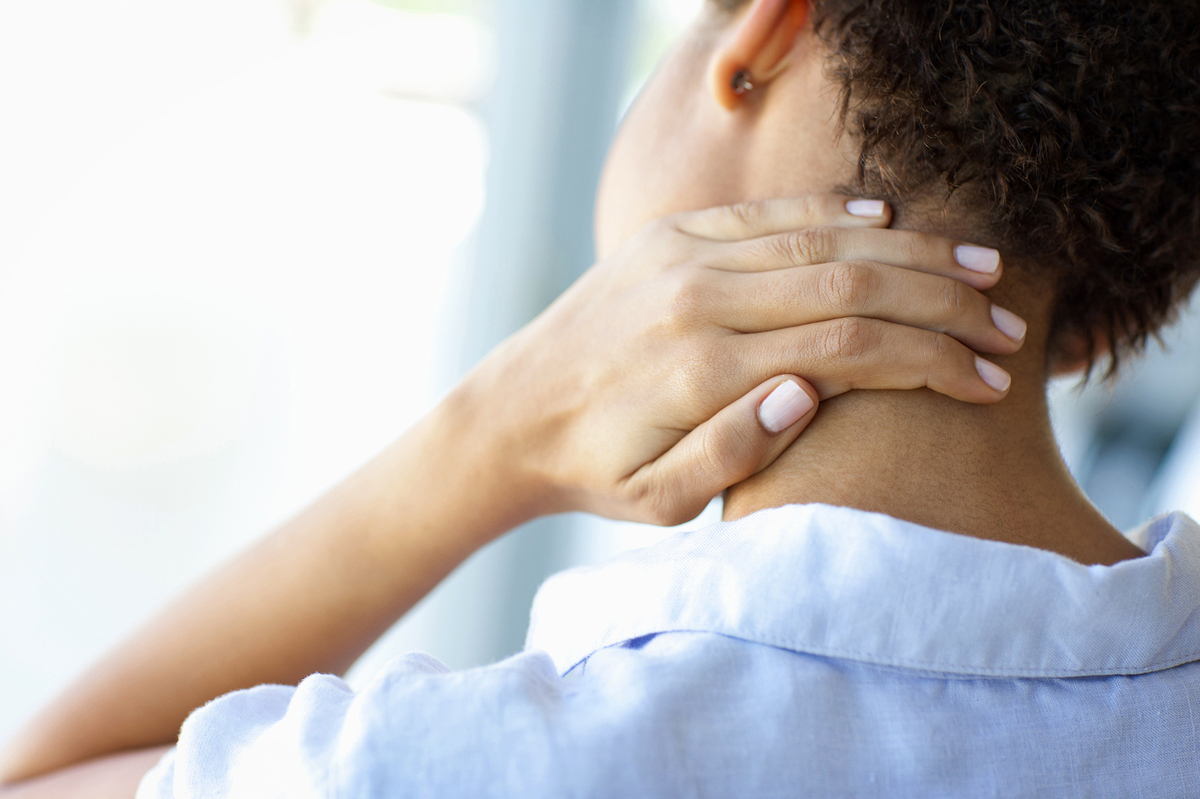 Neck pain can cause a lot of lost work and disability.

About one out of every six Americans has some form of neck pain, and chronic sufferers have few treatment options. But acupuncture or the Alexander technique, a system for adjusting posture, could provide some long-term relief for chronic neck pain.

Typical care for neck or back pain often involves some pain medication and visits to a physical therapist, orthopedic surgeon or chiropractor. For chronic pain, the kind that sticks around year after year, these mainstream treatment options can be a bit ineffective.

"The thing with chronic pain is you may actually not be able to reduce any pain," says Dr. Andrea Furlan, a physician and acupuncturist at the University of Toronto and an editor for the Cochrane Back and Neck medical review who was not involved with the study.

The improvement persisted. "There was a statistically significant difference between these groups. And it was also there at six and 12 months. That's the remarkable thing," says lead author Hugh MacPherson, a senior research fellow at the University of York in the United Kingdom. "Most trials looking at neck pain show the benefits wear off after a time, but we were finding these sustaining benefits."

That might be because treatments like the Alexander technique and acupuncture try to engage patients in their own recovery through lifestyle changes that typical care doesn't, says MacPherson. "The patients that embedded the changes that they were asked to make by their acupuncturist did better."

The Alexander technique tries to adjust posture and body movement to become more natural and efficient, which participants can practice for the rest of their lives. And acupuncture providers often offer diet and exercise advice along with needling. After six months, people receiving Alexander technique lessons or acupuncture had an over 30 percent reduction in pain on average compared with over 20 percent for those without the added care.

That extra drop of relief could help some people. "But it doesn't seem like a lot," Furlan cautions. "The problem I have with referring my patients to Alexander technique is that it's expensive." She adds: "Not all insurances will pay for that, and not all people can pay for it."

Acupuncture sessions typically run around $100, about the same cost of several group classes of Alexander technique. A course of private sessions would cost $400 to $500.

What's more, these studies are terribly vulnerable to biases from the patient and the caregiver. Some people who are receiving acupuncture or Alexander technique lessons may feel better simply because they're receiving more attention. "You can't blind people to these types of studies, so their outcomes may be affected by knowing they were in one group versus another," writes Eric Hurwitz, an epidemiologist and chiropractor at the University of Hawaii who was not involved with the story, in an email.

But Hurwitz says he likes the study in spite of its flaws. "It was overall very well done," he writes. "Neck and back pain have among the highest disease burdens, e.g. disability, lost work days." If those people can find even a marginal amount of relief and gain back some of their life, then it could still be worthwhile.