Accessibility links
More Accurate Thermometers Can Diagnose Hidden Infections : Shots - Health News Intensive care units often take temperatures in the armpit, but those can be off by as much as 1.5 degrees. More accurate (and invasive) internal thermometers can help detect hidden infections.

For The Most Accurate Read, Where Should You Put That Thermometer?

For The Most Accurate Read, Where Should You Put That Thermometer? 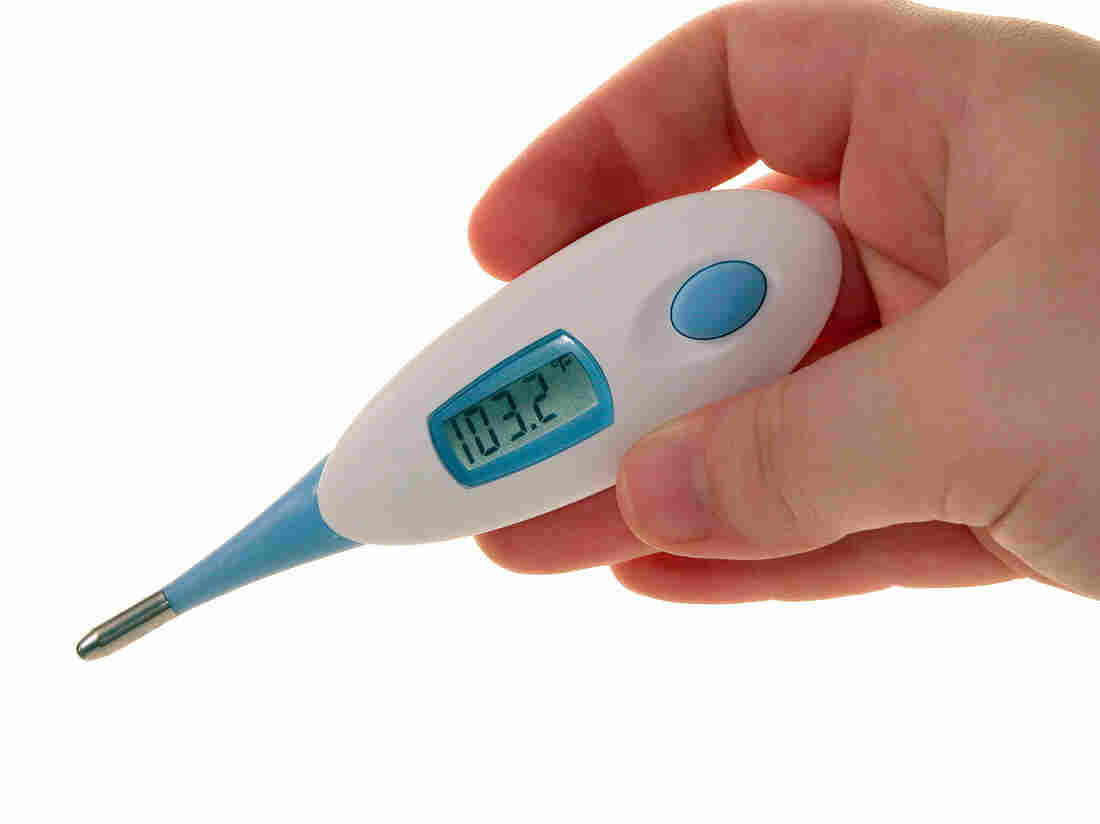 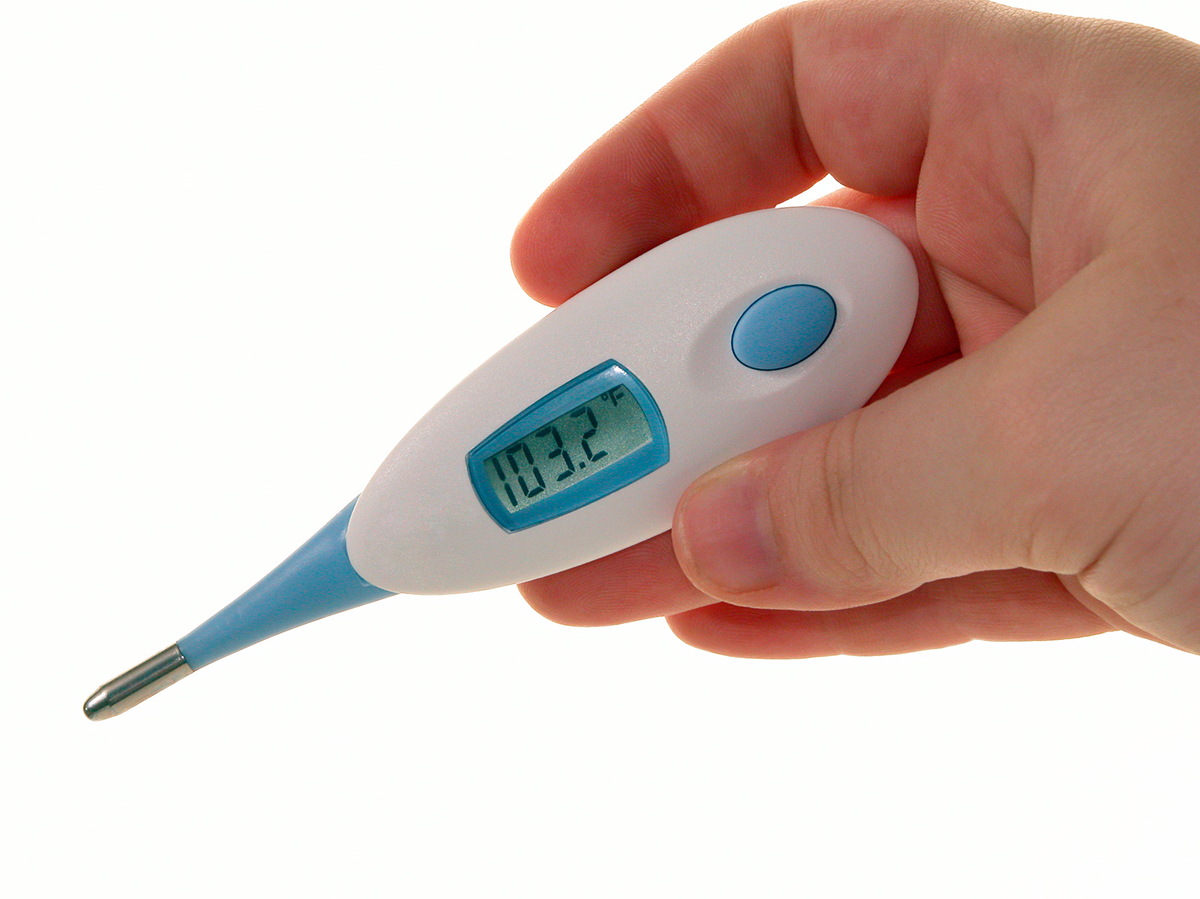 To get the most accurate measurement of the body's temperature, a rectal thermometer works best, a study finds. Less invasive methods to measure body heat on the outside of the skin such as on the forehead or under the arms just aren't as precise.

Now does this mean everyone should rush out and restock their medicine cabinet with rectal thermometers? Probably not, says Dr. Daniel Niven, an intensive care physician with the Peter Lougheed Center in Calgary, who headed a review of the effectiveness of different types of thermometers. He says the oral thermometer and ear thermometer are reasonably accurate options.

Niven and colleagues analyzed data gathered from 75 studies from around the world, involving more than 8,600 patients, both adults and children. They wanted to know how the various types of thermometers compared. They looked at measurements taken in the armpit, mouth, ear and on the forehead, called peripheral thermometers.

They compared those measurements to each other and also to measurements from more invasive thermometers called central thermometers, like one placed inside the rectum or inside the bladder, used for hospitalized patients with catheters. The results were published Monday in Annals of Internal Medicine.

They found peripheral thermometers could be off as much as 1.5 degrees.

The more invasive measures were the gold standard, Niven says, enabling doctors to make diagnoses in patients without obvious symptoms. This is important because if a temperature measures as normal when it's not, then a serious infection could go undetected. This is especially critical in hospital intensive care units, he says, where "important opportunities to treat significant infections" may be overlooked.

Many ICUs rely on armpit measurements, he notes, not rectal or bladder measures. Niven hopes the findings of this study will encourage hospitals to rely more on central thermometers.

As for parents of children with more minor infectious illnesses such as a cough, runny nose or sore throat, thermometers measuring temperature in the mouth or ear provide a more accurate temperature reading than armpit or temple thermometers, the researchers found. Niven says that in these circumstances, people can generally rely on using these thermometers and need not resort to less comfortable thermometers, such as the often dreaded rectal thermometer.

Niven's study didn't include infants or toddlers, so he says he can't make recommendations for parents in taking temperature for this age group. But the American Academy of Pediatrics does recommend rectal thermometers as the most accurate for children under age 3.

Normal temperature is often thought of as 98.6 degrees, but there's a surprisingly wide range for normal. Between 97 and 99 is considered to be in the normal range of body temperature.