Accessibility links
When Drug Treatment For Narcotic Addiction Never Ends : Shots - Health News Medicines that help users wean themselves from opioid drugs can be prescribed in a doctor's office or clinic. But some clients question whether the clinics always have their best interests at heart. 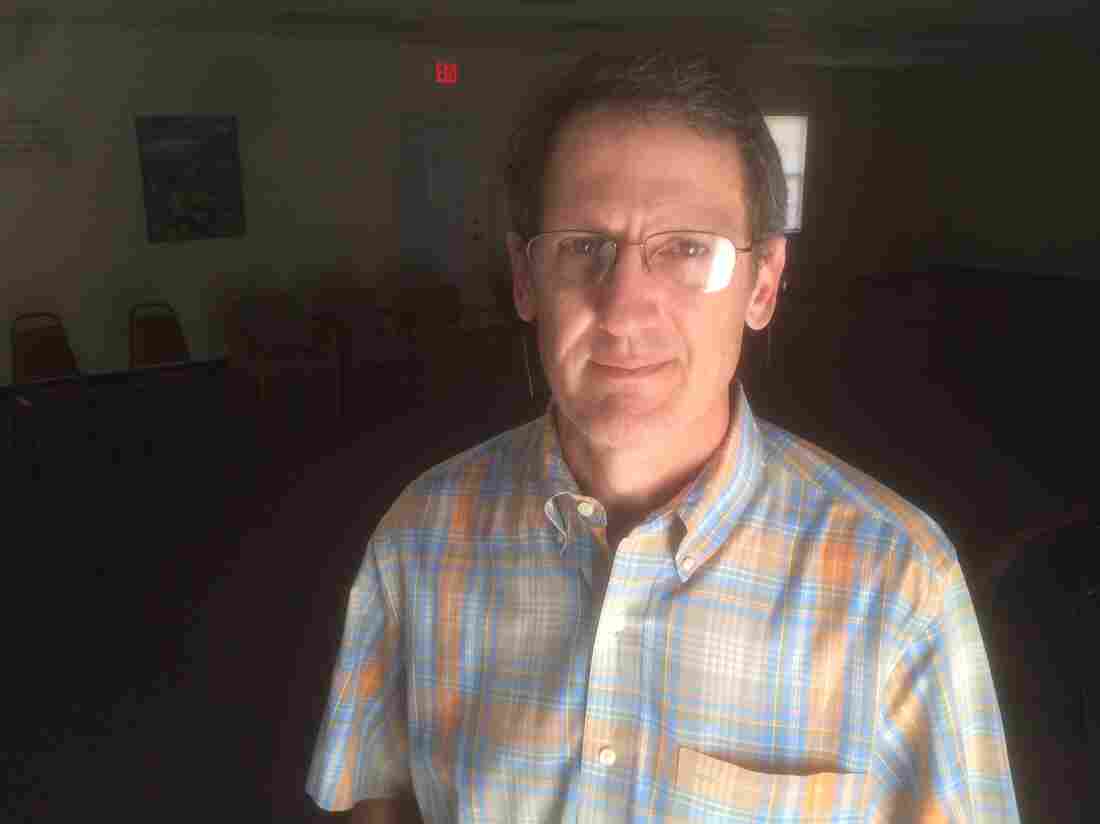 Addiction counselor John Fisher says prescriptions for medicines to help people wean themselves from opioid drugs are part of the appeal of the clinic he operates in Blountville, Tenn. Blake Farmer/NPR hide caption 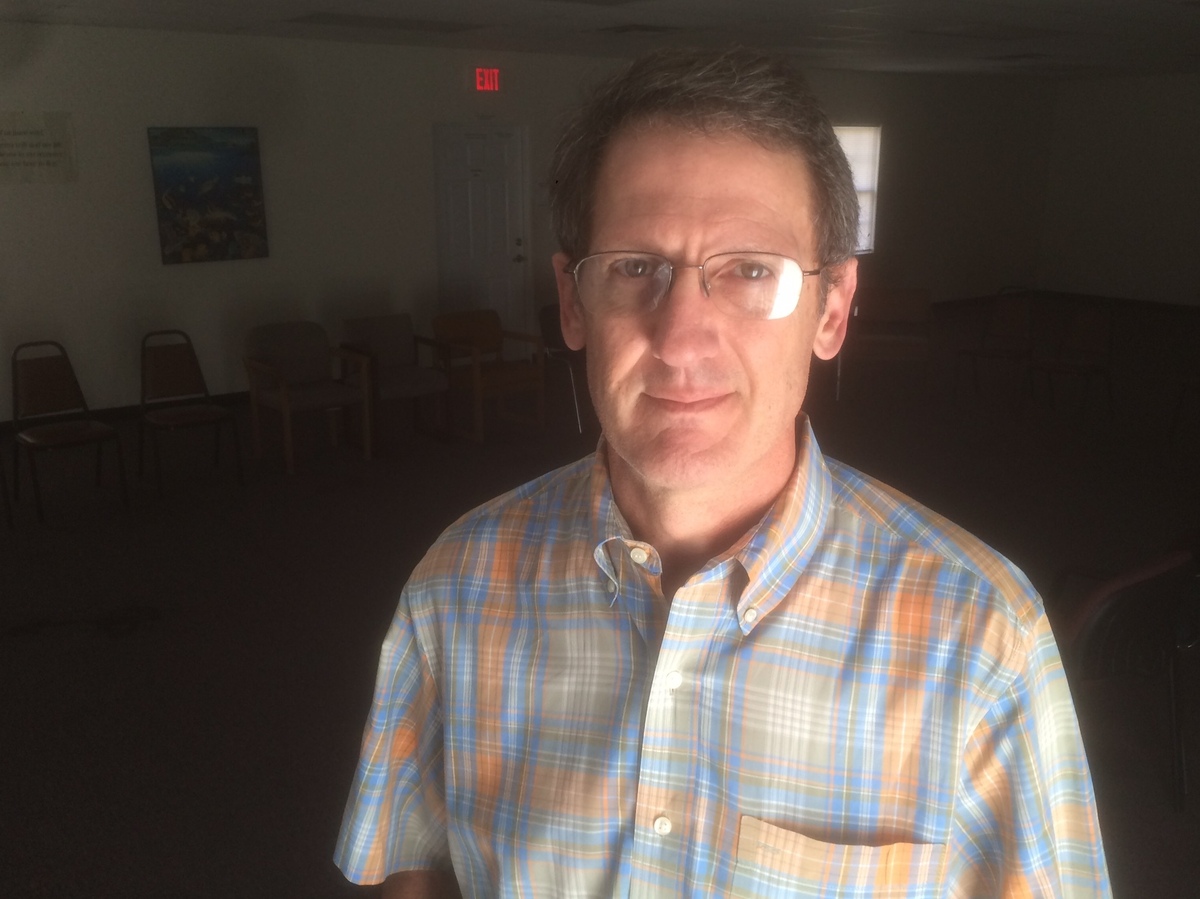 Addiction counselor John Fisher says prescriptions for medicines to help people wean themselves from opioid drugs are part of the appeal of the clinic he operates in Blountville, Tenn.

Opioids have a stranglehold on parts of the U.S. And where addictive pain medicines are the drug of choice, clinics for addiction treatment often follow.

Sometime these are doctor's offices where patients can get painkiller-replacement drugs, such as Subutex and Suboxone.

These medicines, brand-name forms of buprenorphine, can ease withdrawal symptoms and cravings for opiates. They can be prescribed in an office setting, unlike methadone. And the drugs, also mild narcotics, can block the pleasurable effects of opioids if people fall off the wagon and take them, which can help reduce relapses.

"I use the medication as fishing bait," says John Fisher, a self-taught counselor who runs Addiction Recovery Center of East Tennessee in rural Blountville. The sign out front says the clinic specializes in "addictionology."

"We bring them in and try to taper them over time," Fisher says, adding that no one comes truly seeking treatment. They're looking for legal access to drugs. "One hundred percent of them are," he says. "No one comes to sit in a group and hear the 'Kumbaya' story. So that's fine."

Fisher's clinic has arrangements with two doctors who are able to prescribe buprenorphine to the patients. The treatment center isn't licensed like a typical outpatient rehab facility. The physicians in charge say they haven't seen the need.

The clinic, located in a Civil War-era cabin on a winding highway in northeast Tennessee, has roughly 120 patients. They are charged $500 for five weeks — cash only. The office doesn't accept insurance, citing the burdens of red tape and the fact that few patients have coverage anyway.

Clinic participants must attend weekly group meetings with Fisher, who is a recovered addict himself. He says two decades on drugs were all the training he needed to do this work.

Clients are told to get off any other illegal drugs, such as heroin or methamphetamine. The clients are tested for drug use during treatment and can be dismissed from the program if they regularly show signs of using something other than what they were prescribed.

Some patients stick around clinics for years. This one has just a handful of stories in which addicts weaned themselves completely, says Dr. Mack Hicks, who writes many of the prescriptions.

"You get this relationship built with them where they're just really legit drug dealers in a sense, in my eyes," says Heather Williams of Johnson City, Tenn. She has been clean for 11 months, after going through a cold-turkey program at a licensed drug treatment facility. But she spent a year and a half and $300 a month at a clinic that wasn't licensed.

Ironically, buprenorphine itself can become a drug of abuse. And the medicine has street value. To pay for treatments, Williams says many people sell half their buprenorphine pills to get the money for the next doctor's visit.

She's skeptical about the motives at some of the clinics. "The relationship that I had with my doctor, it's just really a money racket for some of them," Williams says. "I think somewhere they might have started out caring about your well-being and whether you're getting better or not. But he would go on vacation numerous times and show us pictures of him being in the Caribbean Islands, and I'm sitting there thinking the whole time, 'I'm helping fund this.' "

The local district attorney wants these kinds of operations reined in, but there's not much he can do without changing state law. 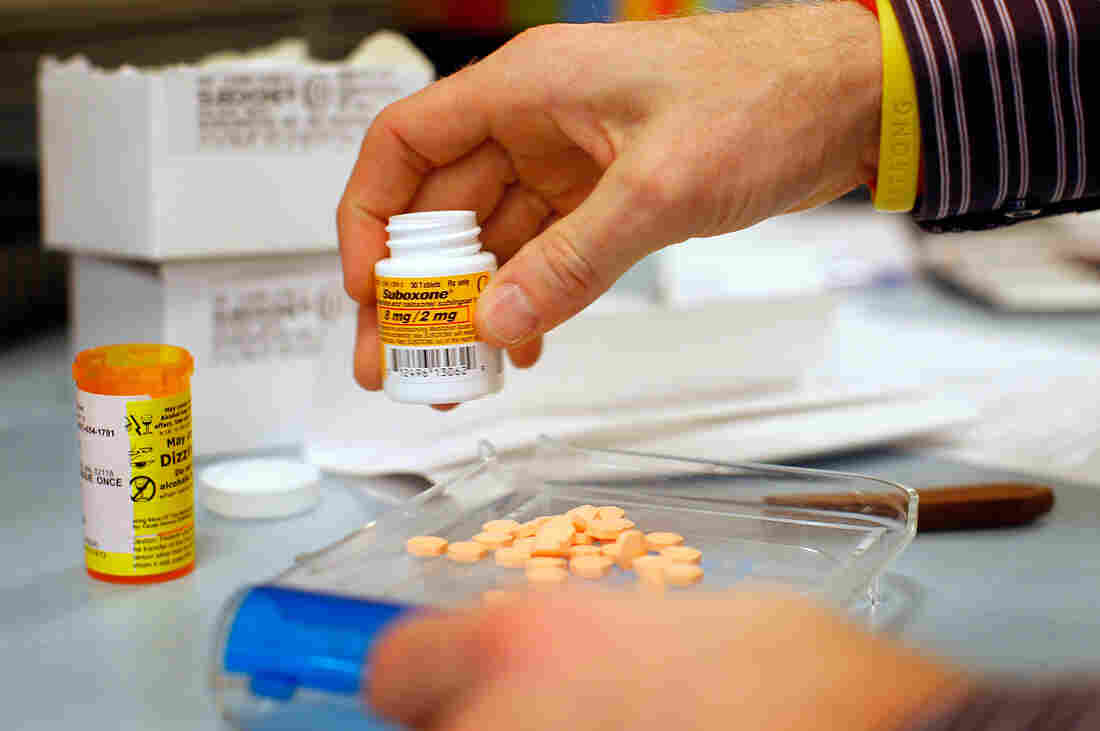 Suboxone is an opioid-replacement drug that can reduce cravings and symptoms of withdrawal. Brian Snyder/Reuters/Landov hide caption 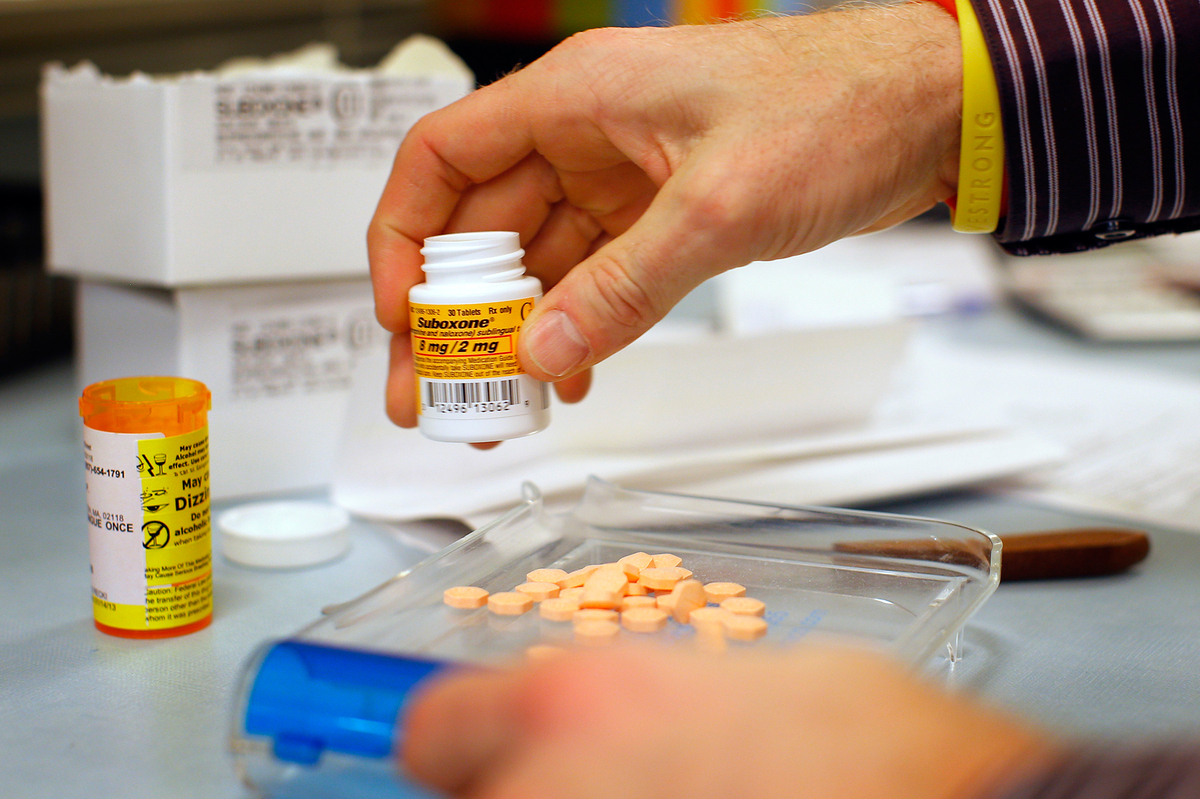 Suboxone is an opioid-replacement drug that can reduce cravings and symptoms of withdrawal.

And the need for treatment is growing. "If someone wanted to shut them all down — all the Suboxone clinics ... what do you think that would do in terms of all the people that are addicted? You know that's not going to cure the problem," Hicks says.

Hicks is a former pain pill user, too. He got clean in the mid-'90s by going to an expensive inpatient treatment program that stepped him down off drugs in just a matter of days, though counseling continued for months.

Most people in this part of Appalachia can't afford to take that much time off from work and get that kind of care, though Hicks says that approach would be ideal.

"They've got to keep working some way," Hicks says. "The only way to do that is by giving them a substitute like we do."

Drug-replacement therapy is a standard course of treatment for people hooked on opioids.

But getting on Subutex or a similar drug isn't a silver bullet for pregnant women trying to minimize the drug dependency of their unborn child.

In Tennessee, which has seen a spike in births of drug-dependent babies in recent years, nearly three-quarters of all cases this year involved a woman who had a legal prescription.

"The babies withdraw just like an adult would," says Tiffany Hall of Jonesborough, who gave birth to drug-dependent twins this year.

Hall was a nurse who worked in the neonatal intensive care unit and took care of babies with neonatal abstinence syndrome, the technical name for drug withdrawals.

Hall knew better. But she had a drug problem herself. And the NICU is where her twins spent the first weeks of life this summer.

Tennessee has a relatively new and controversial law that allows drug-using mothers to be prosecuted for giving birth to a drug-dependent child. But any mother who has a prescription for the drugs in her system is safe, no matter what kind of doctor prescribed the medication.

"I ended up going to a Subutex clinic, and I thought, I'm OK now. I have a legal prescription. If the babies withdraw, it's all right because it's legal," Hall says. "Still wasn't thinking about anybody but myself."

Hall got into a fully licensed program run by the nonprofit Families Free, which is focused on helping mothers kick their drug addiction. She's headed toward recovery and rebuilding her life, though she points out that there are less scrupulous clinics everywhere, including a stone's throw from the Families Free office in Johnson City.

But she accepts the temptation those clinics represent, since that's what every day will be like after treatment. "I like having it there," Hall says. "For me, it's accountability. Yes, it would be easy to go next door and come up with some kind of story to get whatever I may want, but I have to be able to hold myself accountable and say no. I'm done with that. I don't want to do that anymore."

This is the third and final story in a series that was produced by All Things Considered in collaboration with Nashville Public Radio reporter Blake Farmer.

The audio version of this story, as did a previous Web version, suggests that buprenorphine is used primarily as a short-term steppingstone to drug abstinence. In fact, long-term maintenance therapy with buprenorphine is a proven standard of care for opioid addiction.