Accessibility links
End Of Medicare Bonuses Will Cut Pay To Primary Care Doctors : Shots - Health News A 10 percent bump in pay under the Affordable Care Act will expire at year-end. The bonus was supposed to help balance the reimbursement discrepancies between primary care providers and specialists. 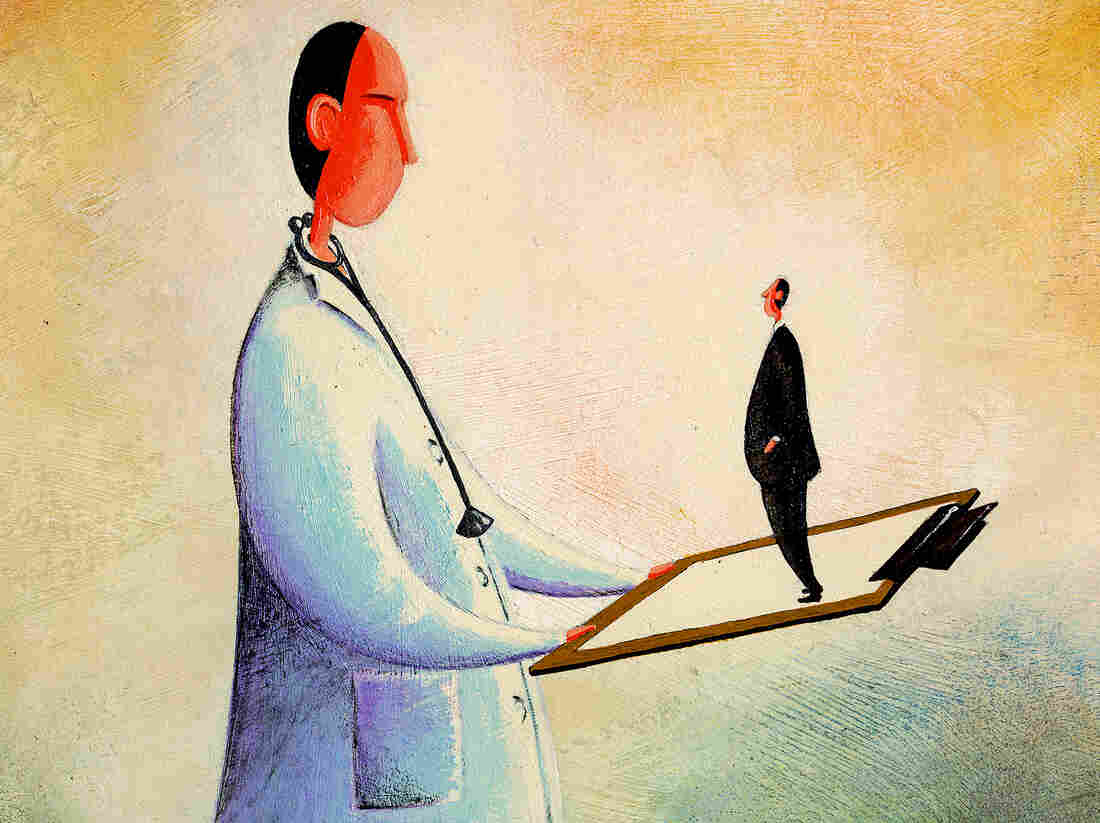 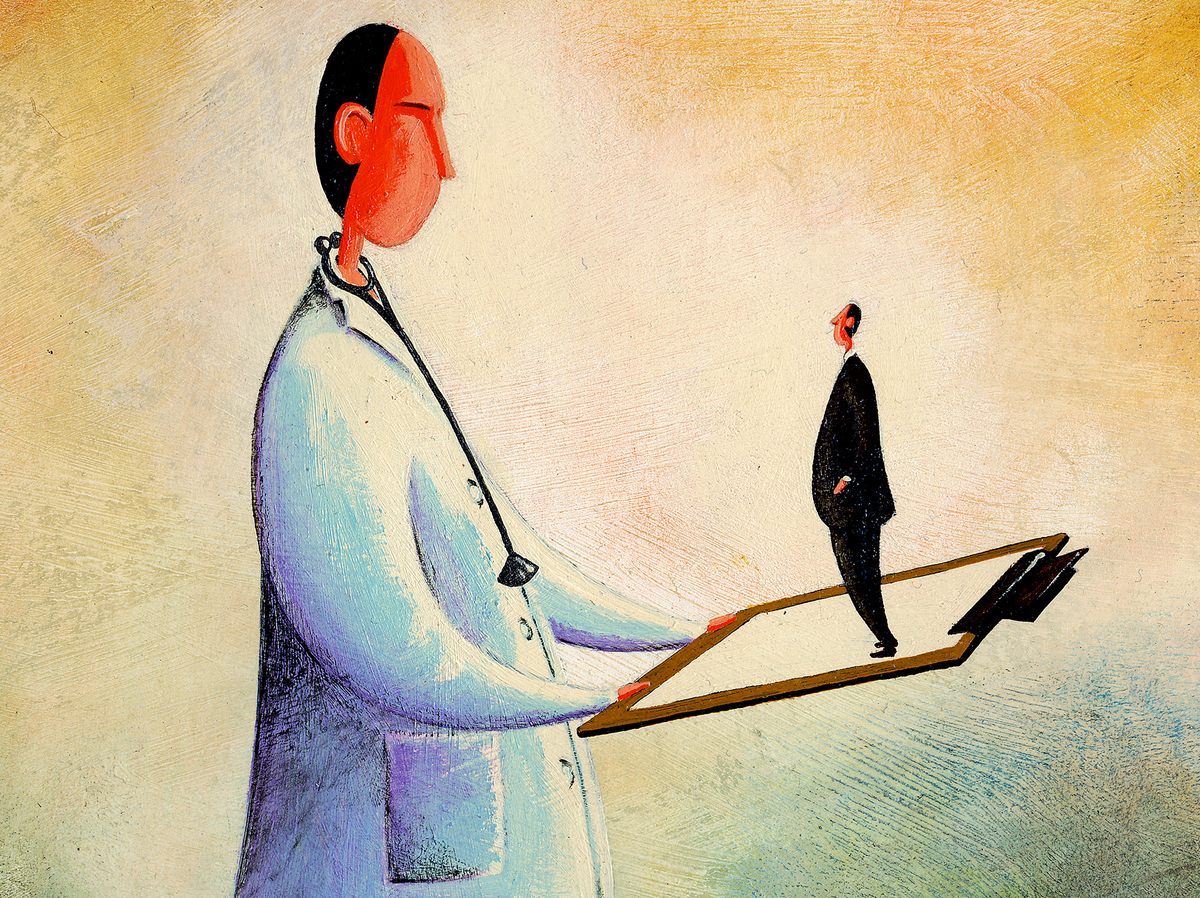 "I've come for your Medicare bonus."

Many primary care practitioners will be a little poorer next year because of the expiration of a health law program that has been paying them a 10 percent bonus for caring for Medicare patients. Some say the loss may trickle down to the patients, who could have a harder time finding a doctor or have to wait longer for appointments. But others say the program has had little impact on their practices, if they were aware of it at all.

The incentive program began in 2011 and was designed to address disparities in Medicare reimbursements between primary care physicians and specialists. It distributed $664 million in bonuses in 2012, the most recent year that figures are available, to roughly 170,000 primary care practitioners, awarding each an average of $3,938, according to a 2014 report by the Medicare Payment Advisory Commission.

Although that may sound like a small adjustment, it can be important to a primary care practice, says Dr. Wanda Filer, president of the American Academy of Family Physicians. "It's not so much about the salary as it's about the practice expense," she explains. "Family medicine runs on very small margins, and sometimes on negative margins if they're paying for electronic health records, for example. Every few thousand makes a difference."

Doctors in family medicine, internal medicine and geriatrics are eligible for the bonuses, as are nurse practitioners and physician assistants.

Medicare generally pays lower fees for primary care visits to evaluate and coordinate patients' care than for procedures that specialists perform. The difference is reflected in physician salaries. Half of primary care physicians made less than $241,000 in 2014, while for specialists the halfway mark was $412,000, according to the Medical Group Management Association's annual provider compensation survey.

The effect the bonus program is larger on practices with more Medicare patients. Dr. Andy Lazris estimates 90 percent of the patients that his five-practitioner practice in Columbia, Md., treats are on Medicare.

"When the bonus payments started, it was a pretty big deal for us," Lazris says. The extra $85,000 they received annually allowed them to hire two people to deal with the administrative requirements for being part of an accountable care organization and to help the practice incorporate two new Medicare programs related to managing patients' chronic diseases or overseeing their moves from a medical facility to home.

Next year, if they can't make up the lost bonus money by providing more services, it'll mean a pay cut of $17,000 per practitioner, Lazris says.

The incentive program was an effort to address shortcomings in Medicare's system of paying providers mostly a la carte for services, which tends to undervalue primary care providers' ongoing role in coordinating patients' care.

The expiration of the Medicare incentive program comes on the heels of a similar bonus program for Medicaid primary care services that ended in 2014, says Dr. Wayne J. Riley, president of the American College of Physicians, a professional organization for internists.

"There will be some physicians who say they can't take any more Medicare patients," Riley predicts.

An attorney for an advocacy group for Medicare beneficiaries says they support the bonus payments and hope physicians won't shut them out.

"We don't have any evidence to show that primary care docs will stop seeing Medicare beneficiaries without the payment bump," says David Lipschutz, a senior policy attorney at the Center for Medicare Advocacy.

The vast majority of nonpediatrician primary care doctors accept patients who are covered by Medicare, according to a national survey by the Commonwealth Fund and the Kaiser Family Foundation. But while 93 percent take Medicare, a smaller percentage, 72 percent, accept new Medicare patients. [Kaiser Health News is an editorially independent program of the nonprofit Kaiser Family Foundation.]

Not all primary care practitioners will miss the incentive program, according to the Commonwealth/KFF survey.

Only a quarter of those surveyed said they received a bonus payment; half didn't know the program existed.