Accessibility links
Too Much TV And Chill Could Reduce Brain Power Over Time : Shots - Health News Young adults who watch at least three hours of TV a day might end up with less cognitive function by middle age, a study finds. That's especially true if they're sedentary couch potatoes. 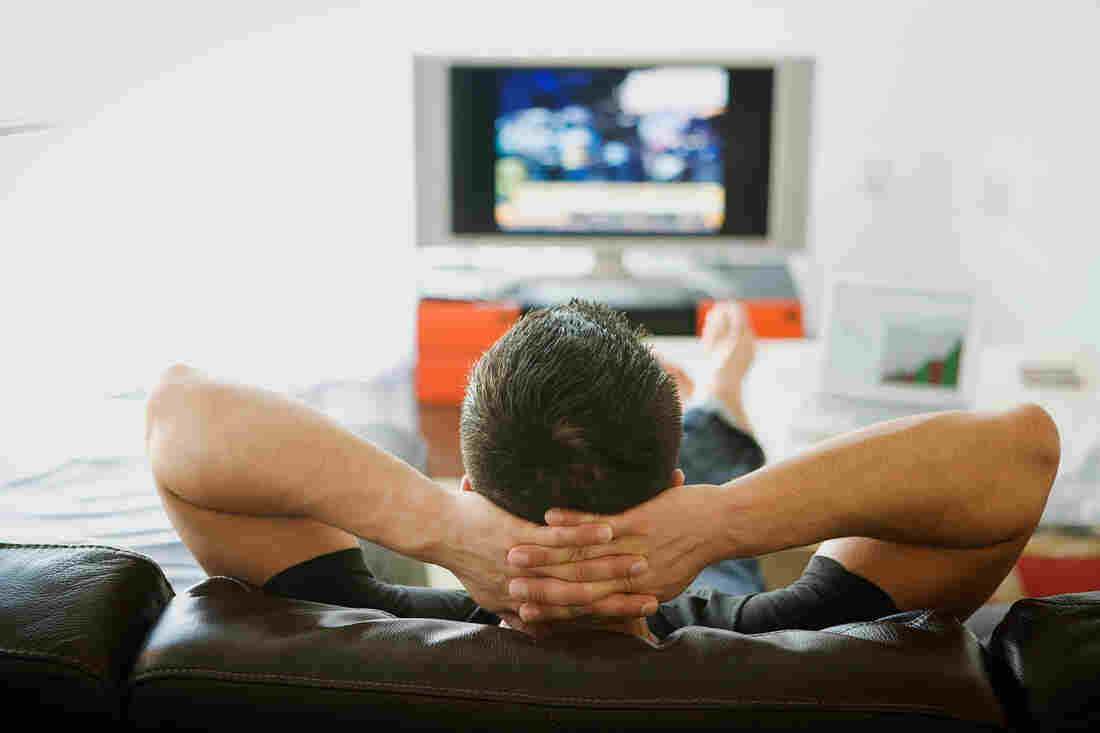 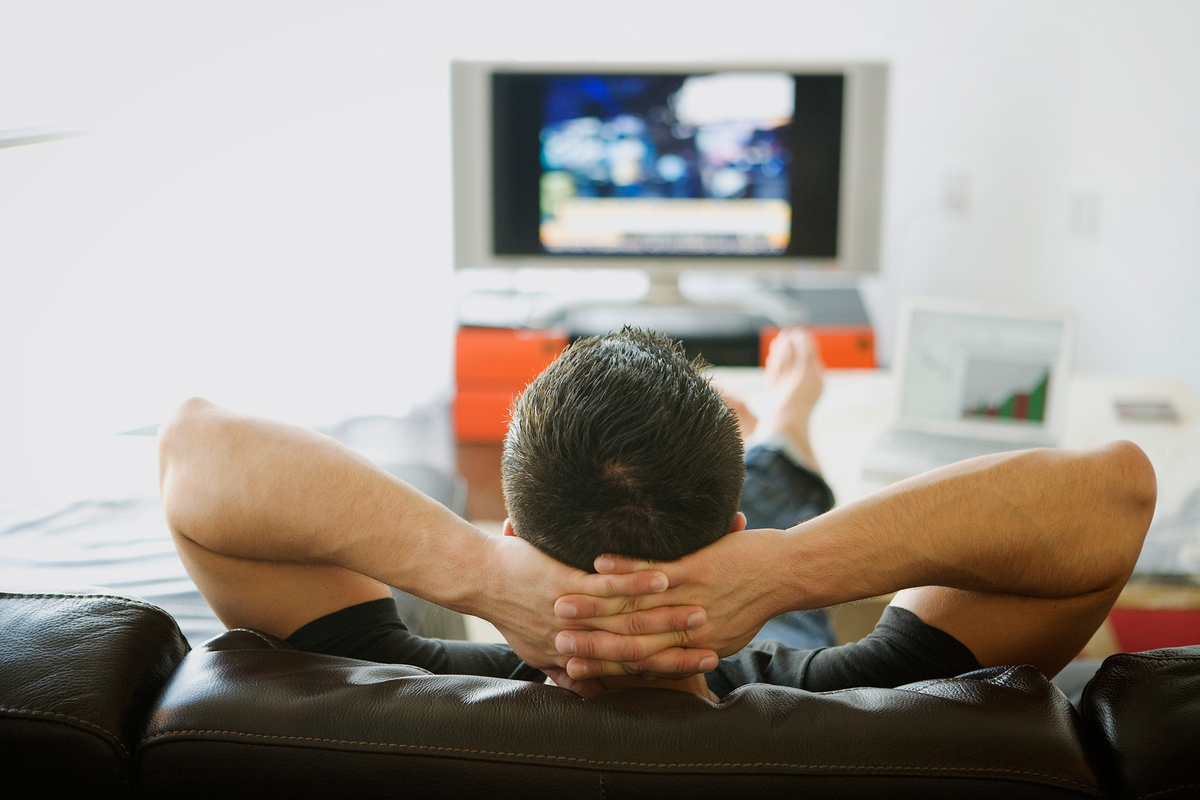 More than three hours a day could mean brain fade by middle age.

When I kick back to watch a show, I tell myself I'm just going to watch one episode. But 45 minutes later, I'm watching another. And then another. For the rest of the day. There are a lot of things that TV and chilling can lead to, but among the less fun? Maybe more cognitive decline over time.

Researchers at the University of California, San Francisco checked in with 3,247 people for 25 years, starting when they were young adults. Every five years, they asked participants to estimate how much TV they watched daily. Every two to five years, the researchers looked at how much physical exercise people got. At the end of the 25 years, when the participants were in their 40s and 50s, they all took three tests that measured their memory, focus, and mental and physical quickness.

"Then people who had both low physical activity and high TV had even worse performance. It was an even bigger effect," says Dr. Kristine Yaffe, a psychiatrist at UCSF and senior author on the study.

Some of that loss of brain power could be because just sitting around motionless isn't very good for us. Scientists have known that lack of physical exercise could be a big risk factor in cognitive decline, says Marcus Richards, a psychologist at the University College London who was not involved in the study. "But we don't know much about sedentary behavior [and cognition] right now," he says. If people who spend a lot of time binge-watching TV are doing so half-comatose on a cushion, they might not be doing their brain any favors.

Or perhaps it's something about TV watching itself, Yaffe thinks. "Is it because by watching a lot of TV, you're not challenging your brain?"

Yaffe's team didn't look at whether people were watching smart, intellectual documentaries or mind-numbing shows like The Bachelor or The Apprentice for over three hours daily.

The study wasn't able to test the participant's cognitive function when they were young adults, either. It's possible that people who score lower on the tests are more likely to watch more TV than the other way around.

"People with low cognitive function perhaps are less likely to engage in physical activity, and maybe more likely to engage in sedentary behaviors," Lachman says. Similarly, other studies have found that binge-watching TV is more common among depressed people, but that doesn't mean it causes depression.

In either case, Yaffe says the decline in people's cognition speed and focus, while significant, wasn't huge – certainly not enough to affect someone's daily life. "The question is what does it mean if you're 50 and you've got these slight changes? Does it mean you're on a path to greater changes down the line or does not make a difference? I don't think we really know the answer to that."

But Richards says it's reasonable to think the gap in cognitive function between high-volume TV watchers and infrequent watchers might widen over the years. For some, the early decline in cognitive functioning could become serious later in life. "As the cohort ages, you would expect that rate of decline to become rather more rapid, with some people moving into clinical outcomes like dementia," he says.

In the past, researchers have noticed that physical exercise might help protect against Alzheimer's or dementia later in life. Perhaps exercise could counteract all that TV, too. But if you're watching something trashy and can't get off the couch, maybe just, you know, go read a book.