Accessibility links
When A Family Comes Down With Norovirus, It Isn't Pretty : Shots - Health News Was it the enchilada pie? After three members of her family became miserably ill with gastroenteritis, a woman is determined to track down the microbial culprit. But the mystery may remain unsolved.

When Norovirus Came To Dinner, My Family Felt The Pain

When Norovirus Came To Dinner, My Family Felt The Pain 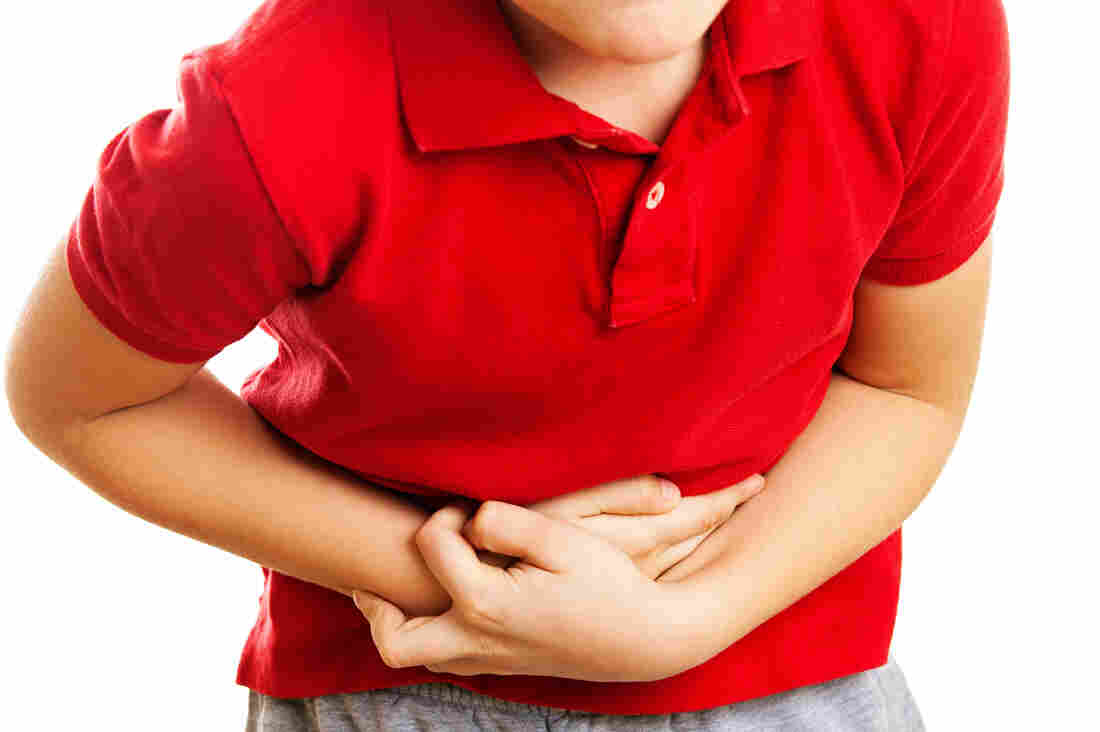 Norovirus is the most common cause of the stomach misery we call food poisoning. iStockphoto hide caption 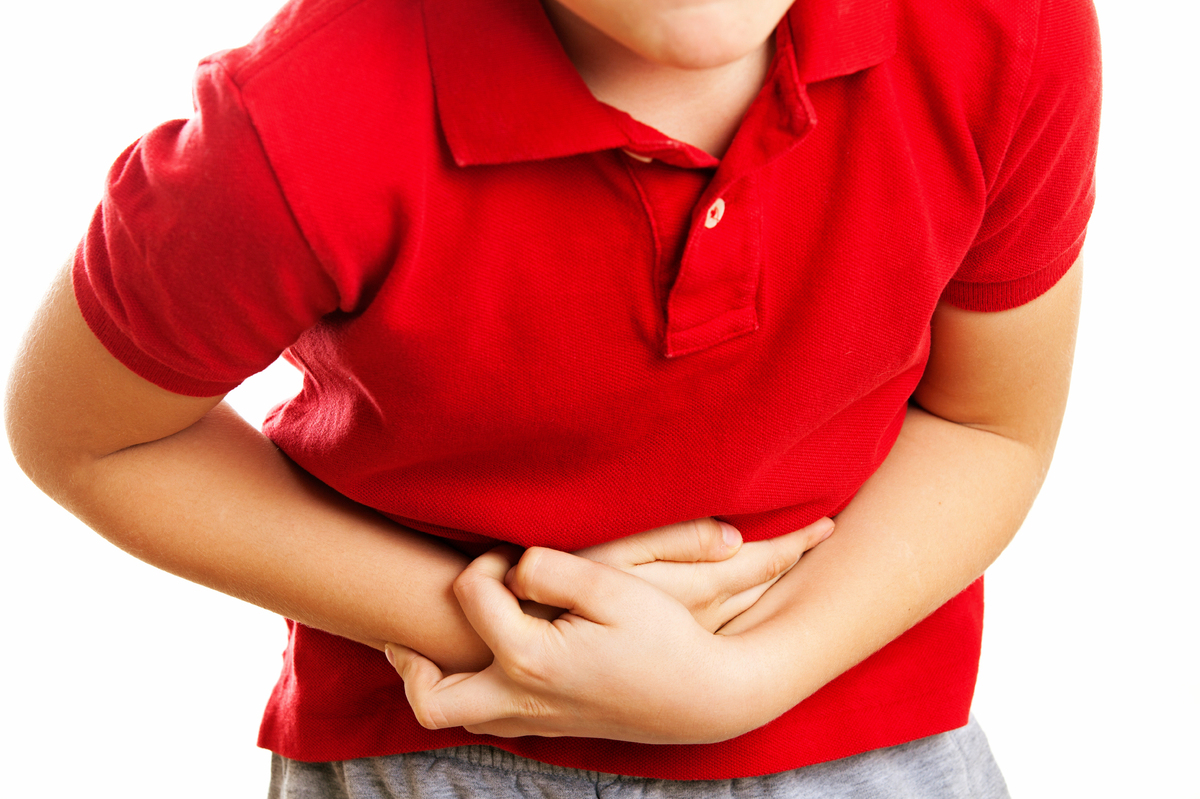 Norovirus is the most common cause of the stomach misery we call food poisoning.

The misery began around 4:30 a.m. with the sound of my 7-year-old thumping into the hallway. He had already been up once, complaining of a stomachache. This time, I scrambled out of bed and shushed him so he wouldn't wake up his 2-year-old brother. He looked at me and moaned. Then he puked all over the floor.

For the next couple of hours, he ran to the bathroom to vomit every 20 or 30 minutes. In between, I lay in bed next to him, encouraging him to rest.

"Poor Zach," I thought as he catnapped, simultaneously considering the other downsides. We were bound to be cranky after starting the day so early. Also, he clearly wasn't going to school. Would I be able to meet a deadline while tending to him?

Then came the beginning of my own personal hell. Around 6:30, I rushed to the bathroom for the beginning of what would become hours of violent upheaval. I hadn't thrown up since I was around Zach's age, during a flu so horrific that I thought I'd since suppressed the ability to vomit. But no.

Whatever had gotten into us wanted out, and it favored both ends equally. Each time I entered the bathroom, I found it difficult to decide if I should sit on the toilet or lean over it.

By about 9 a.m., Zach had relocated to the living room, where he watched Lego Star Wars cartoons, occasionally sitting up to puke in a pot. He was very casual about the whole thing. I stayed upstairs, curled up in bed, too weak to move, too worried to stray far from the bathroom, too zonked even to read.

As I stared out the window at a squirrel hopping effortlessly through the leafless branches of a tree across the street, I wondered: What had I done to deserve this?

Determined to get to the source of my despair so I could prevent it from ever happening again, I called Kellogg Schwab, an environmental microbiologist at the Johns Hopkins Bloomberg School of Public Health. He offered a long list of pathogens that can cause gastroenteritis — the technical term for the diarrhea, vomiting, stomach cramps and other symptoms often described as "stomach flu."

His list included protozoa such as giardia, as well as toxins produced by bacteria that regularly get into rice. He rattled off common varieties of foodborne bacteria that sicken one in six Americans every year. Among them: Salmonella, Campylobacter and E. coli, which is implicated in an outbreak linked to Chipotle restaurants. (A more recent outbreak from a Chipotle in Boston appears to have been caused by norovirus, according to NPR's Dan Charles.)

We hadn't eaten at Chipotle, but contaminated food was one of my first theories, a hypothesis I developed not long after the "just shoot me" phase of my illness had ended around noon. Only Zach and I had eaten the enchilada pie I'd made for dinner the night before. And we had fallen ill at the same time. I was pretty sure I had discovered the smoking gun of our gruesome mystery.

As soon as I had enough energy the next morning, I opened the fridge and took action. Out went all leftovers (enchilada pie first), everything in the vegetable drawer and any sauce that had been open for more than three days. I even eyed the bunny graham crackers and wondered if bad germs could survive there, too. I suspected my behavior might be irrational, but it felt good to take control over an invisible threat that could be lurking anywhere.

Soon, though, came a new clue that cast doubt on my smoking enchilada. The next night, my husband, Gabe, fell ill. "I'm dying," he texted me from the bathroom floor, where I found him lying around midnight. His skin was gray. He couldn't sit up. He could barely move. Two days later, we learned of two more cases: Zach's teacher and Gabe's colleague.

Without stool samples to cultivate for bacteria or analyze for pathogenic DNA or RNA, it's impossible to know for sure what the culprit was, Schwab cautioned. But, he said, many aspects of our experience are consistent with the dreaded and remarkably common norovirus. According to the Centers for Disease Control and Prevention, norovirus strikes about 20 million Americans every year. By comparison, Campylobacter affects 1.3 million people and Salmonella infects another million. Those are the two most common bacterial causes of gastroenteritis.

Not everyone is as lucky as we were. Norovirus sends tens of thousands of people to the hospital each year and kills as many as 800. Overall, estimates the CDC, foodborne illnesses kill about 3,000 Americans annually.

Notoriously affiliated with cruise-ship outbreaks, noroviruses (and there are 150 strains) cause half of all food-related outbreaks, according to the CDC. But they can also move among victims within about eight to 48 hours of contact with surfaces, food or objects contaminated by a sick person's vomit or stool. Symptoms strike quickly, often with projectile vomiting that doesn't always wait for one's arrival in the bathroom.

Once in the throes of a norovirus infection, you can't do much but ride it out and try to stay hydrated. (If you're immunocompromised, have a chronic condition or develop severe dehydration, Schwab said, it's best to get medical help). Mercifully, the worst is usually over within a day or two. Other forms of foodborne illness can take longer to incubate and last much longer.

But what I really wanted to know, at least the next day, was how to avoid getting it again — and how to keep it away from my 2-year old, Ben, who still hasn't contracted it yet. It can seem hopeless.

Victims shed the virus both before and after they have symptoms. It can stick around on surfaces for weeks. In one study, Schwab found that noroviruses can even persist in carpets and then become aerosolized when vacuumed, leading to infection through inhalation. Illness can come with exposure to as few as 10 individual viruses. Even getting it once fails to protect you from getting it again and again.

"It is one of the most infectious microorganisms known to humans," Schwab said, though at least he was sympathetic about it. "I'm sorry you were sick."

And still, many mysteries remain. Did the illness start with contaminated food at all, or did someone bring it home from school or work? Why did Zach and I get it at the same time? And why hasn't Ben come down with it, even though he touches everything, sucks his thumb and regularly crawls on the floor, pretending he's a puppy?

For now, experts say, the best advice for reducing risk is simple: Wash your hands with soap and water, especially after going to the bathroom or before preparing food. Alcohol-based hand sanitizers don't work as well against this nasty illness. But bleach does, and the CDC recommends using it to clean surfaces if norovirus strikes your home.

It's sort of boring advice but better than nothing. After spraying down my own bathroom and kitchen, I took a moment to think good thoughts about the researchers who met earlier this year to talk about developing a norovirus vaccine. My queasy family and I hope they figure it out — and soon.

Emily Sohn is a freelance journalist in Minneapolis who writes regularly about health and science for Nature, the Washington Post, Discovery News and others. More at www.tidepoolsinc.com.