Accessibility links
When Did The Victim Die? The Microbes Know : Shots - Health News When bodies decompose, the types of bacteria on and around the body change in predictable ways. These patterns can be used to estimate time of death, a crucial clue in solving murders. 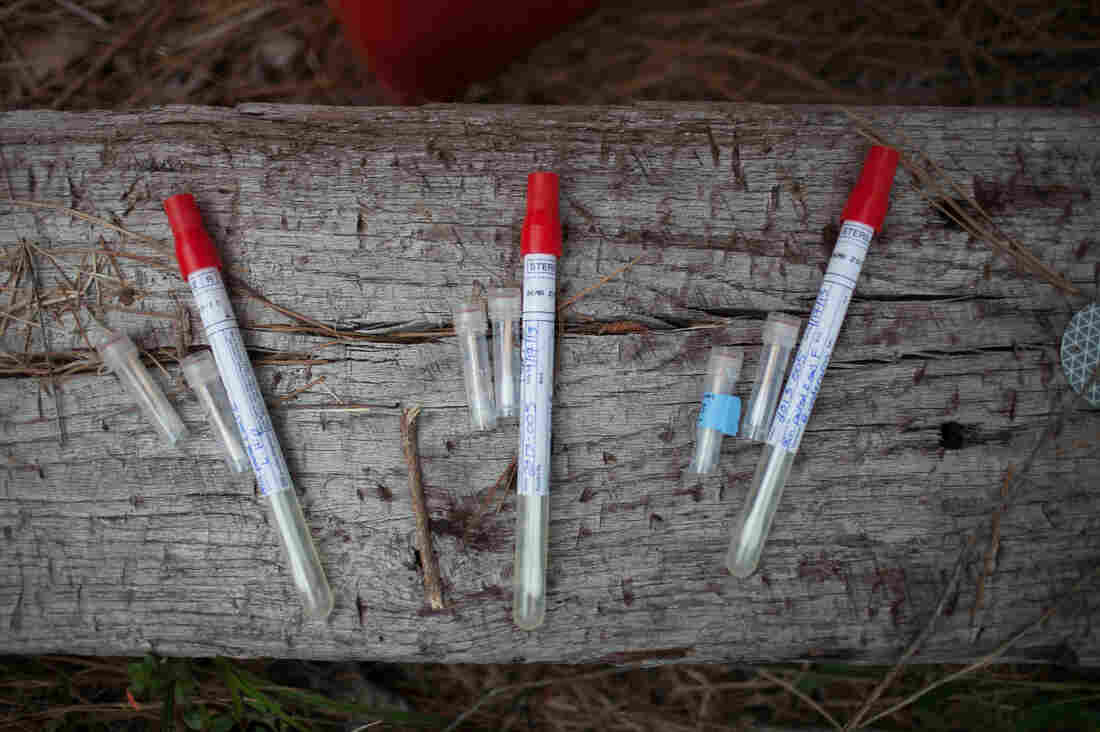 Researchers used cotton swabs to sample bacteria and other microbes from the skin of donated corpses placed in a field in Huntsville, Texas. Katie Hayes Luke for NPR hide caption 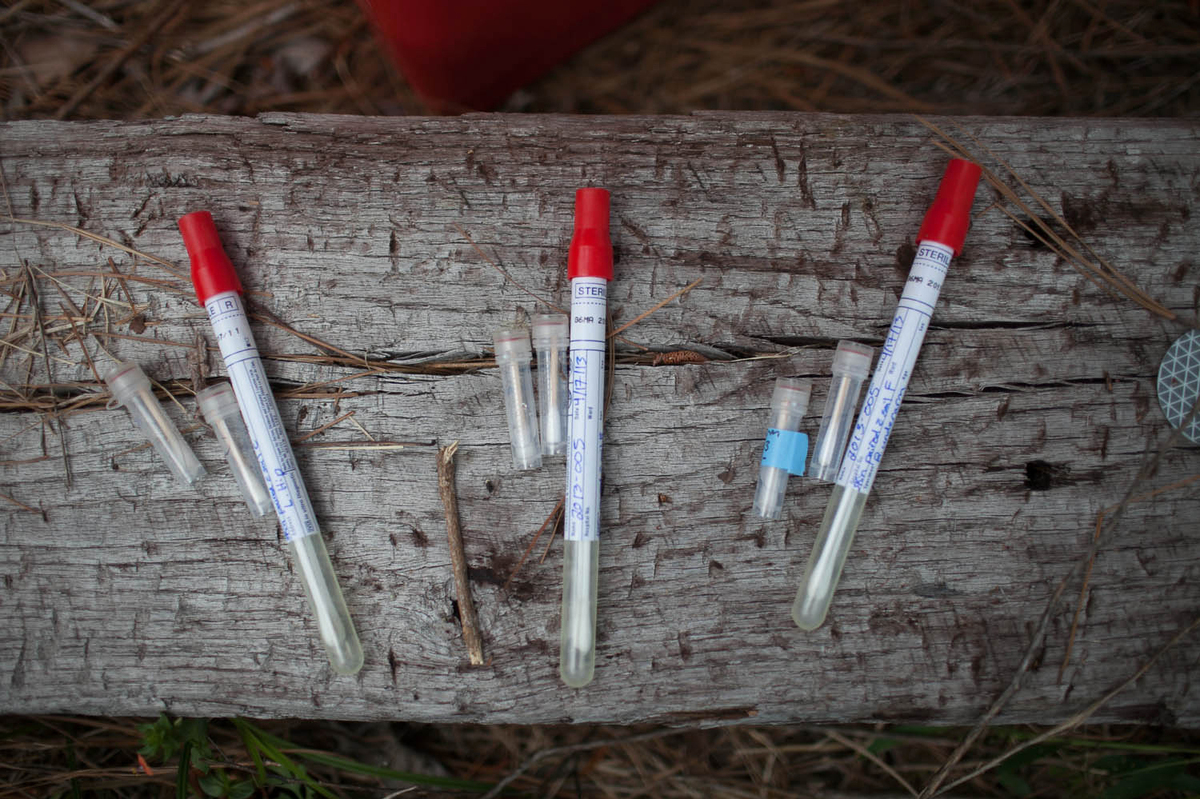 Researchers used cotton swabs to sample bacteria and other microbes from the skin of donated corpses placed in a field in Huntsville, Texas.

When police investigate suspicious deaths, one of the key questions is: When did the victim die?

A study published Thursday in Science may lead forensics experts and detectives to a more precise answer in the future.

Researchers studying the microbes on decomposing bodies have found that the mix of bacteria and other organisms on dead bodies changes over time in a clear pattern.

"It's very clocklike," says Jessica Metcalf, a senior research associate at the University of Colorado and lead author of the study. "You have very predictable microbes showing up at very predictable times."

Better pinpointing of the time of death could help narrow down a list of suspects by confirming or refuting alibis.

Investigators currently have several methods to estimate the time of death, including examining the stiffness of the body and the insects on the corpse, but these methods have shortcomings.

"Right now, every tool that a criminal investigator has is not perfect," Metcalf says. "That means that people can get away with murder."

In the hopes of finding a better way to pin down when someone died, Metcalf and her colleagues have been trying to harness the microbes that help bodies decompose. Shots profiled the work of Metcalf's team two years ago as part of a series about the human microbiome.

First, the scientists placed four bodies in an open field at the Southeast Texas Applied Forensic Science Facility at Sam Houston State University in Huntsville, Texas, two in the winter and two the following spring. The field is secured by high fences and is used by various researchers for studies of decomposing bodies.

The team then repeatedly analyzed the bacteria, fungi and other microorganisms on the bodies and on the dirt beneath them for 143 and 82 days, respectively.

The researchers were able to narrow down the time of death to within two to four days within the first 25 days after death, regardless of the season.

"In a sense, your microbes are like witnesses to your death," she says. "As you decompose, they can help investigators solve your murder."

Combined with data collected from similar studies involving mice, the researchers also determined that investigators could identify unmarked graves by analyzing the microbes in dirt on the surface.

Other scientists welcomed the research as important for forensic science.

"It's amazing," says Jeffrey Tomberlin, a forensic entomologist at Texas A&M University. "They are definitely showing a lot of exciting data and potential applications in forensics as well as other areas."

Metcalf and Tomberlin say investigators may be able to use microbes for more than just determining when someone died.

People leave behind traces of their microbes when they touch things, previous research has shown. So microbes could be used like fingerprints to determine whether someone handled a murder weapon or other objects at crime scenes, they say.

Scientists also hope to exploit the fact that people tend to unwittingly pick up the unique kinds of microbes that live in different places.

"We might be able to apply that information to determine where a person died," Tomberlin says. "These are very critical questions for any forensic investigation."

Microbes possibly could even be used to trace the movements of suspected terrorists, Tomberlin says.

"If you're curious if a person is moving between borders, say Pakistan and Afghanistan, could you look at their microbial community?" he says. "That may be a possibility."